Acer’s Iconia W3, the first 8-inch Windows 8 tablet, has quietly cropped up at the company’s site, confirming the smaller slate and promising a full eight hours of runtime. Rumored since April, the Acer Iconia W3-810 is now listed on the company’s Finnish site, running full Windows 8 Pro on an Intel Atom Z2760 processor and with an 8.1-inch WXGA screen.

That chip is paired with 2GB of RAM and up to 64GB of flash storage. The Clover Trail chip has Intel GMA 3650 graphics, driving the 1280 x 768 WXGA multitouch display. 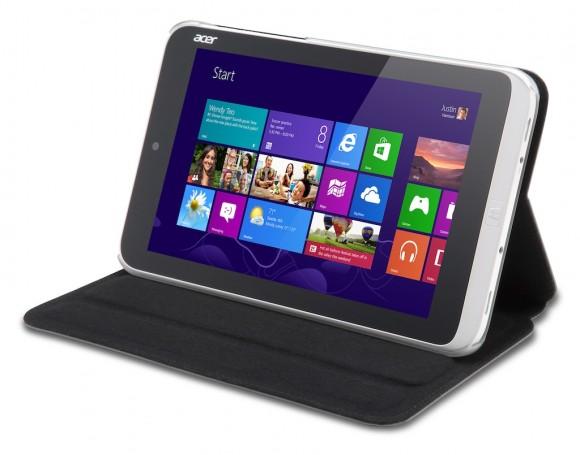 That Bluetooth connection could be used for hooking up a wireless keyboard, but Acer will also offer a detachable keyboard dock into which the Iconia W3 will slot. The snap-on ‘board is wider than the tablet itself, which means Acer can include full-sized keys.

Exactly what the W3 will cost is still unclear at this stage. However, it’s possible that the small tablet will make its official debut in a few weeks time at Computex, held in early June.