Looks like $169 is the new sweet spot for Android tablets, and bringing the fight to Google’s Nexus 7 is the new Acer Iconia A1. Fronted by a 7.9-inch LED IPS display, and promising seven hours of Android – version unspecified – on a quadcore processor, the Iconia A1 also records 1080p Full HD video using its rear 5-megapixel camera.

There’s also a front-facing camera for Skype and similar, along with a microHDMI port for hooking the A1 up to a nearby display. Other connectivity includes microUSB 2.0, WiFi b/g/n, and Bluetooth 4.0, and there’s integrated GPS (though no sign of a 3G variant). 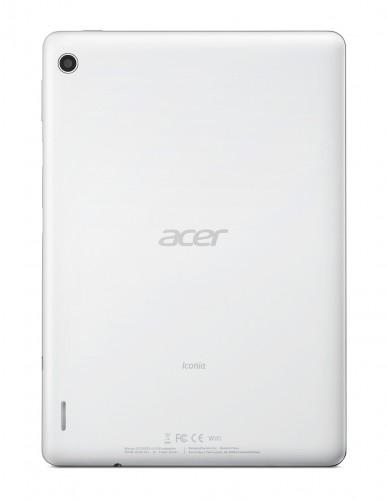 Generally it seems Acer has left alone with its modifications, but there is a Touch WakeApp gesture which the company says will kick into preset apps when you swipe in a certain way. Of course, you also get the full Google Play market to explore, if Acer’s tweaks aren’t sufficiently engaging.