Acer has wasted no time in slotting Intel’s new 11th Gen Core H-series processors and NVIDIA’s new GeForce RTX 30 Series GPUs into its gaming notebook line. The new Acer Predator Triton 300, Predator Helios 300, and Nitro 5 promise a whack of performance with both portability and style, while dropping in features like Thunderbolt 4 and WiFi 6E support.

Powerful and yet reasonably portable, the 19.9mm thick Predator Triton 300 wraps Intel’s new chips and NVIDIA GeForce RTX 3080 graphics in an all-metal chassis. The CPU can be clocked up to 4.6 GHz, and paired with up to 32 GB of DDR memory. 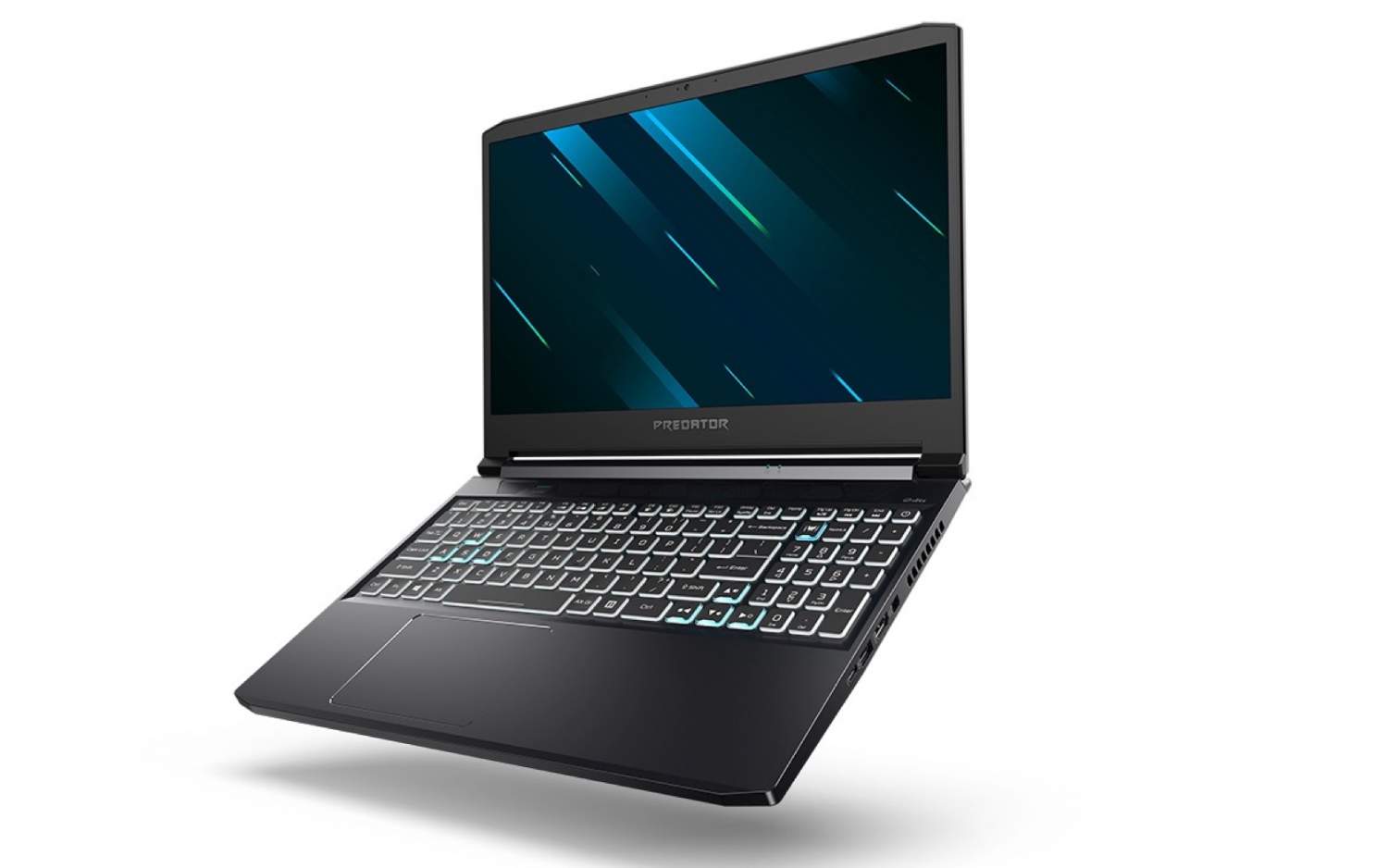 There’ll be two screen options: one with a 165 Hz QHD panel, and another with a 360 Hz FHD panel. Both have 3ms overdrive response. Inside, Acer calls on its 5th Gen AeroBlade 3D fan cooling and dedicated CPU and GPU heat pipes. Outside, there’s a 4-zone RGB keyboard plus colored WASD and arrow keys. DST X:Ultra audio is included too, for spacial sound. 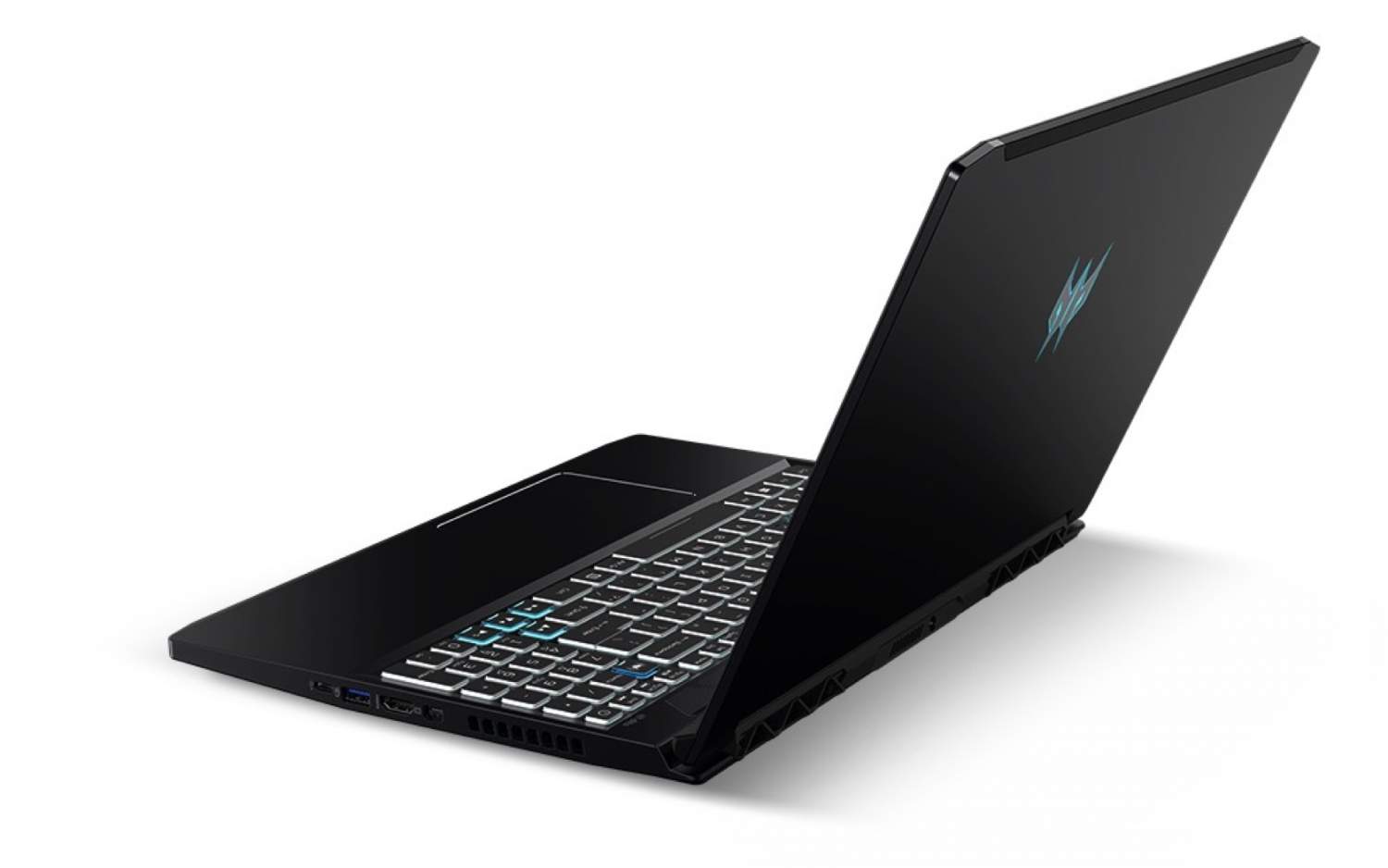 Offered in 15-inch and 17-inch sizes, the Predator Helios 300 combines the new Core H-series processors with NVIDIA GeForce RTX 3070 graphics and up to 32 GB of DDR memory. Two displays are on offer: either a 360 Hz FHD panel, or a 165 Hz QHD version. Both have 3ms overdrive response. 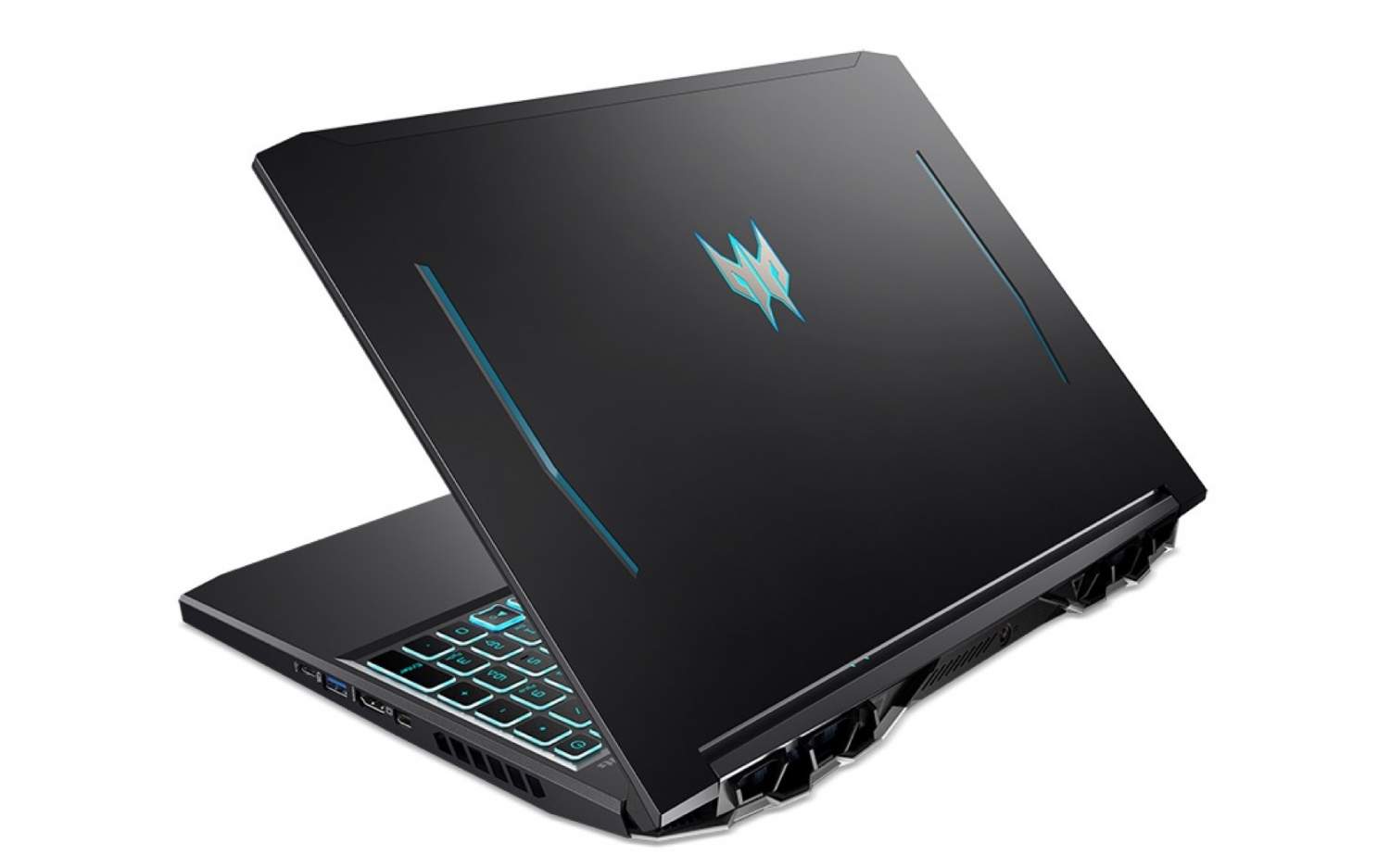 Inside, there’s Acer’s 5th Gen AeroBlade 3D fan, for extra airflow, while the larger model has Acer Vortex Flow Design for better CPU/GPU cooling. Outside, the keyboard has four RGB zone and transparent concave caps on the WASD keys. A Turbo button automatically switches the laptop into overclocked mode, while a PredatorSense key calls up Acer’s utility for overclocking settings, RGB adjustment, and other features. 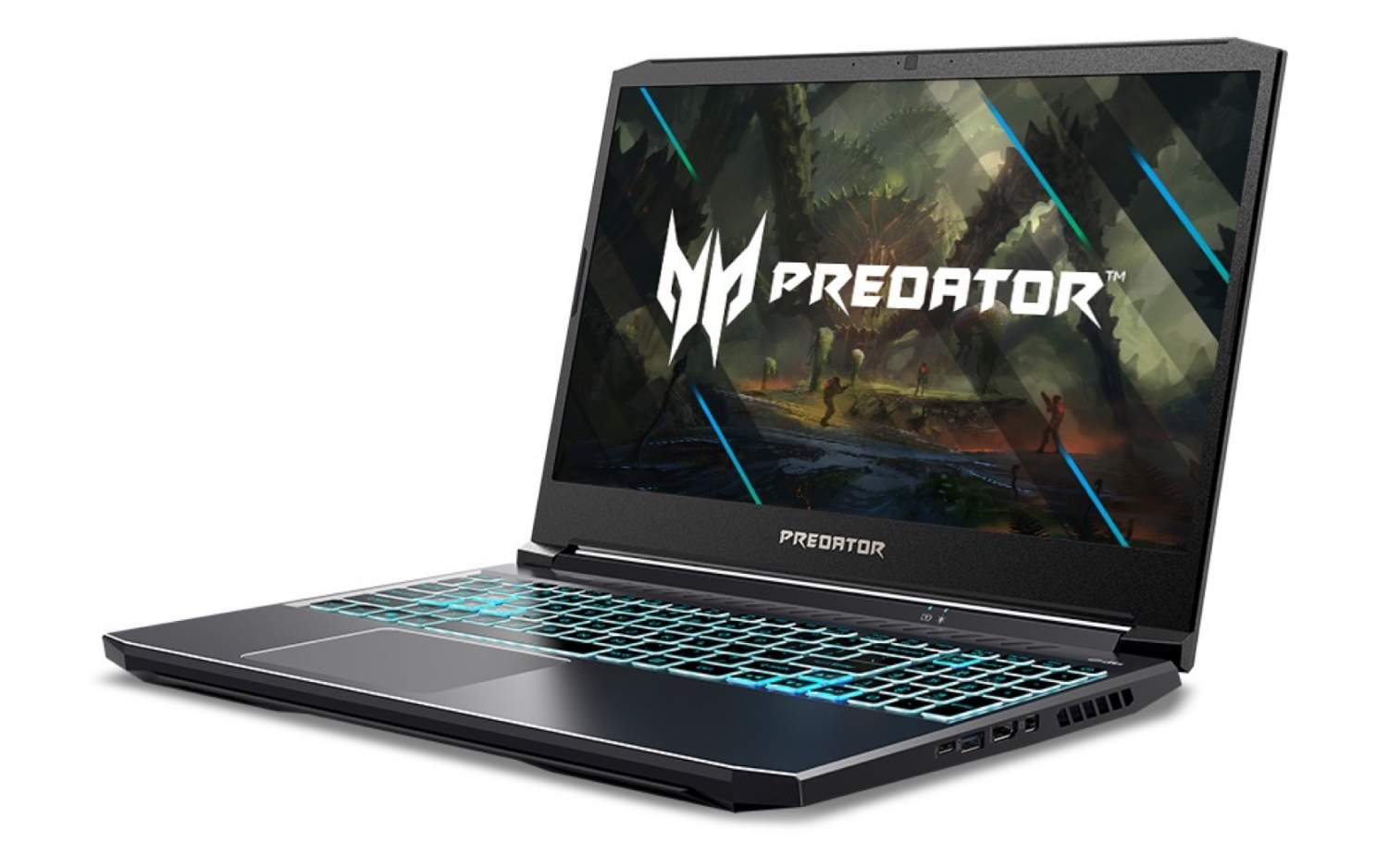 Connections include Intel Killer E2600 ethernet, Intel Killer WiFi 6 AX1650i, and Thunderbolt 4 USB-C. There’s also HDMI 2.1. Storage is courtesy of a 2TB HDD, and there’s DTS:X support as well. Acer will confirm pricing and release details for the 15-inch and 17-inch Predator Helios 300 closer to their launch later this year.

Looking every bit the part of a gaming notebook, the Nitro 5 will be offered in 15-inch and 17-inch sizes. Of course, there are 11th Gen Intel Core H-series processors inside, here paired with NVIDIA GeForce RTX 3070 graphics and up to 32 GB of DDR4 memory. Both have a QHD IPS display, with a 165 Hz refresh rate and 3 ms response time. 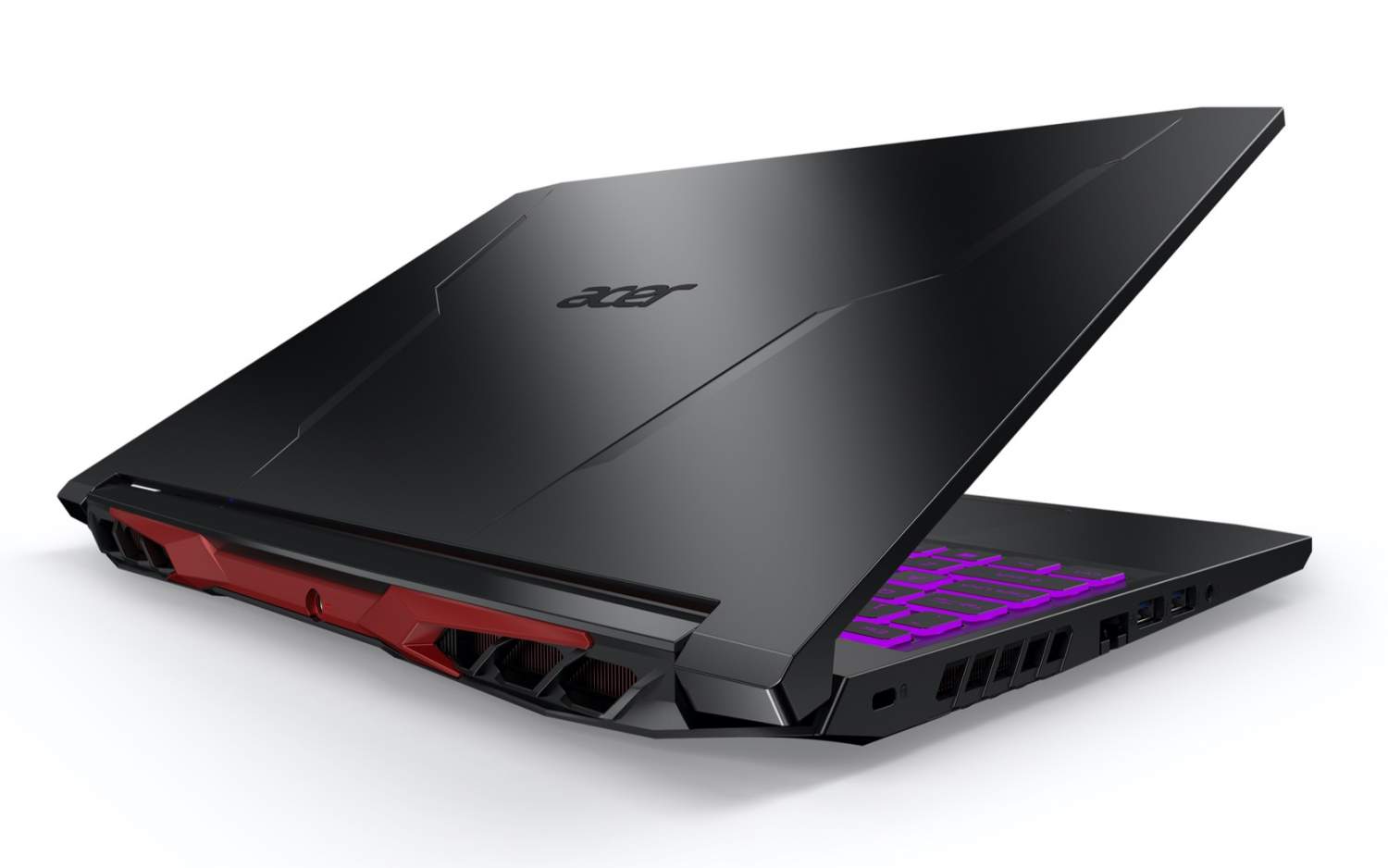 There’s an 80-percent screen to body ratio for that display, though you might be more focused on the storage. There, Acer has slotted in a pair of M.2 PCIe / SATA SSDs, for up to 1TB of RAID 0 or 2 TB HDD of storage. Connectivity includes ethernet and HDMI 2.1, a USB 3.2 Gen 2 port, two USB 3.2 Gen 1 ports, and a USB Type-C Thunderbolt 4 port. 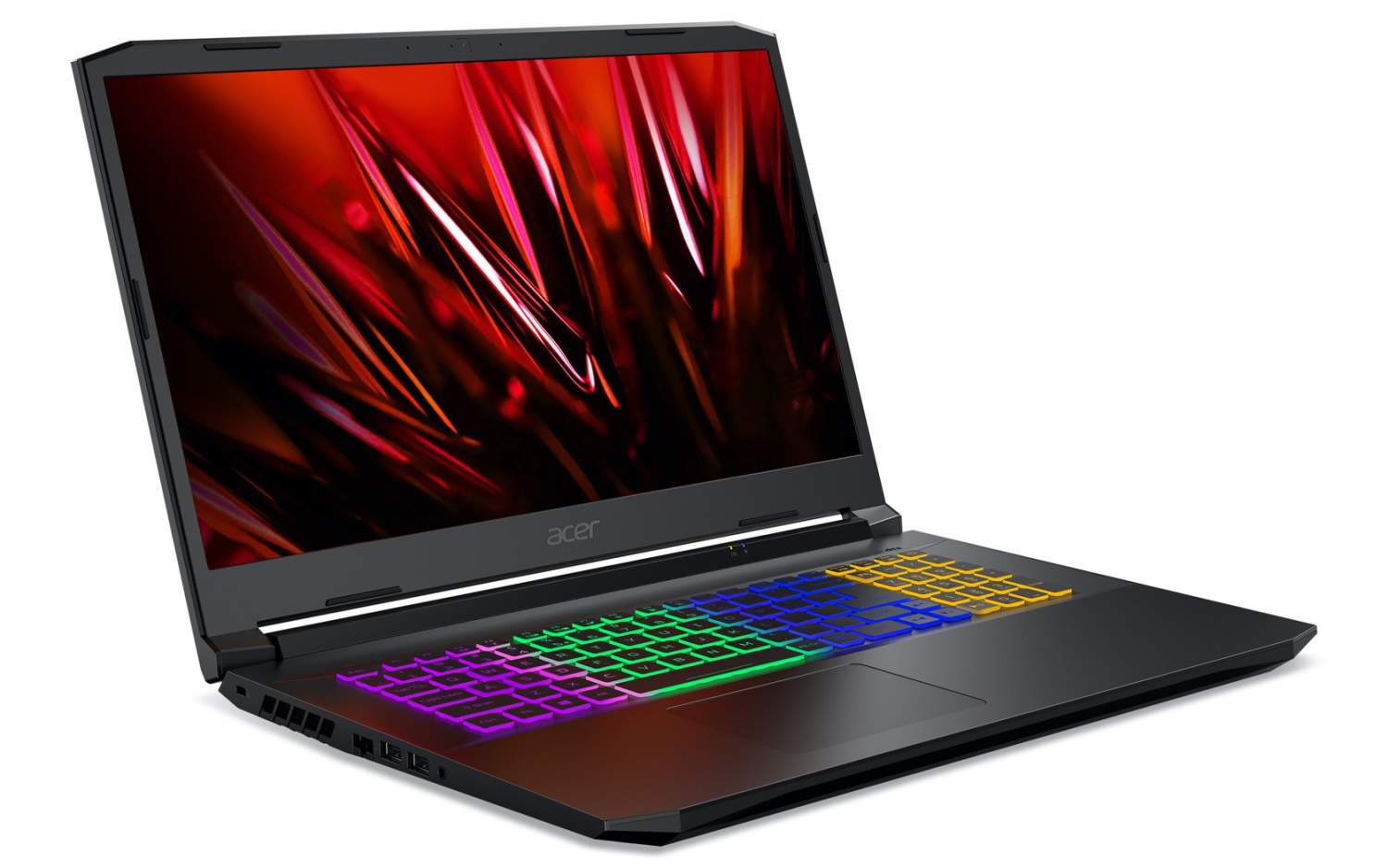 As for looks, there’s four-zone RGB illumination for the keyboard – which has 1.6 mm key travel – and an all-black Precision Touchpad. Acer also moved the power connector to the rear of the notebook, helping with the clean look. Acer Coolboost, meanwhile, uses dual fans and a four-vent exhaust, with the end result being a 10-percent improvement in fan speed, the company says, and a 9-percent increase in CPU/GPU cooling.