Roll over Libretto; Acer is coming to town, and they’re bringing dual 15-inch multitouch touchscreens to play.  According to TechReviewSource, Acer is in the midst of development of the finger-loving behemoth you see sneakily photographed here; their source reckons it’s packing a 2.67GHz Intel Core i5 processor and Windows 7.

As with the Toshiba Libretto W100 – and various other concept notebooks we’ve seen in recent years – the two touchscreens can be used in a “traditional” setup, with a virtual keyboard and trackpad on the bottom.  Alternatively you can flick them around, have various finger interfaces on top and bottom, and even use gestures with what looks to be a customized app Acer has developed for the machine.

It’s still supposedly “slow and buggy” and Acer apparently isn’t even convinced it’ll reach the market.  If it does, that could be sometime in fall 2011, though they’ll have to solve questions of battery life by then.  Toshiba tried to do that with a low powered processor and still ended up with relatively short runtimes, so how a power-slurping Core i5 will manage remains to be seen. 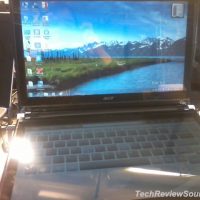 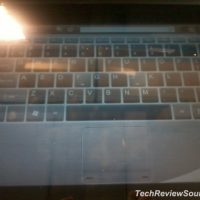 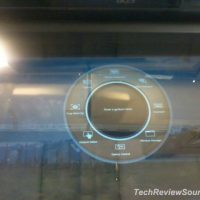