Acer ConceptD monitors come in 27- and 32-inch sizes and can be identified immediately by their top-tier color and brightness – and their wood base. Today we’re not looking at both different display sizes – we’re just looking at the 27-inch screen ConceptD series in two iterations. The CP3 and the CP7 both have 27-inch panels and are very similar in many ways. 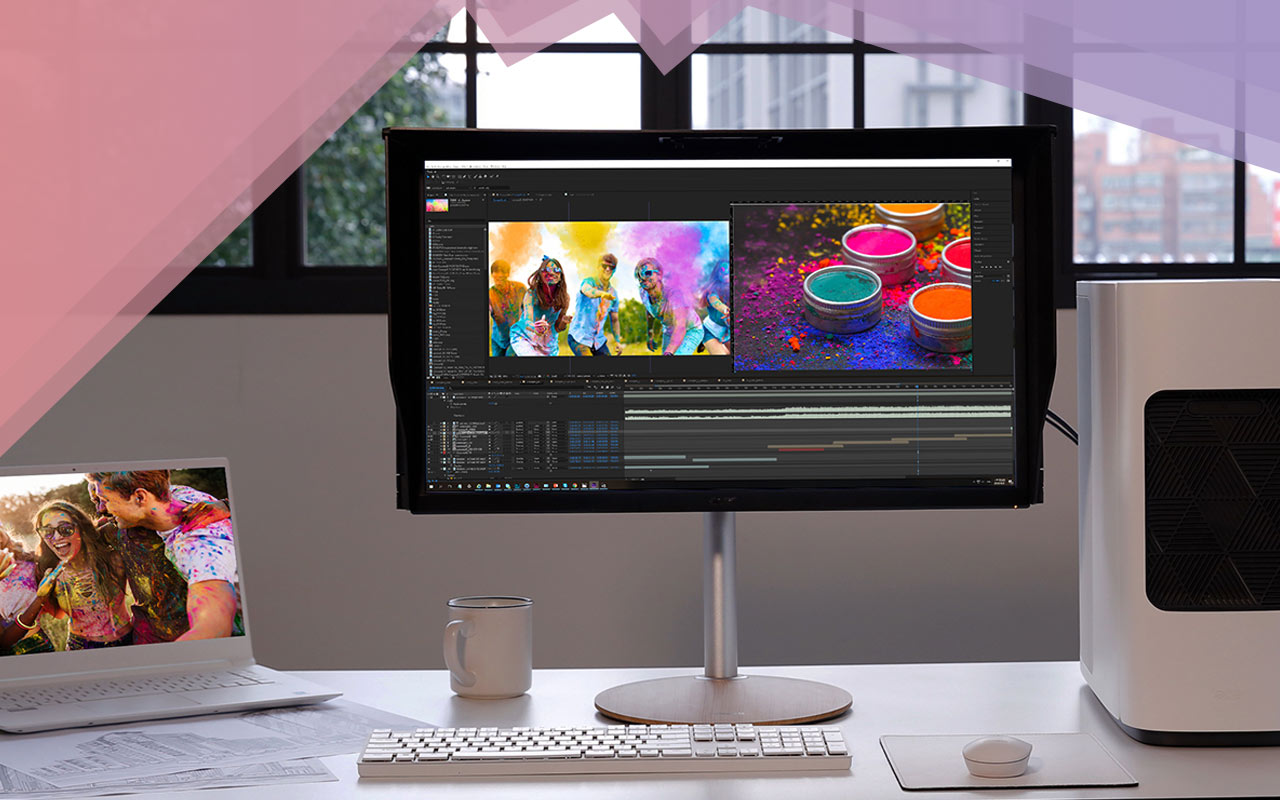 Viewing angles on this monitor are 178-degrees both vertical and horizontal. In testing, Acer suggests this panel achieves a Delta E average of <1 – true color indeed. with LED backlighting. This monitor is NVIDIA G-SYNC compatible and has 2x 4W speakers as well as a wide array of ports and connectors. This device has 2x DisplayPort ports, 2x HDMI-in, HDMI (out!), and 5x USB 3.0.

In the box you’ll get the monitor itself, the stand (with the neck)*, 2x Displayport cables, 1x power cord, and 1x USB 3.0 cable. *This monitor is also VESA compatible – and has VESA DisplayHDR 400 Certification.

Both monitors – CP3 and CP7 – come with a light shielding hood and a built-in light sensor. With the light sensor, this monitor adjust the backlight according to ambient light, while the light-shielding hood “gives you relief from eye strain and some added privacy.”

While the CP3 has a 144 Hz image refresh rate automatically, the CP7’s automatic setting is at 120 Hz. The CP7 is capable of 144 Hz as its maximum overclock refresh rate. The CP7 has a slightly different aim with several specs like this.

This device is G-SYNC compatible as well, but in this case we’ve got G-SYNC ULTIMATE. The benefits of G-SYNC ULTIMATE require that the user have an NVIDIA GEFORCE GTX 1070 GPU or higher installed in their desktop PC. 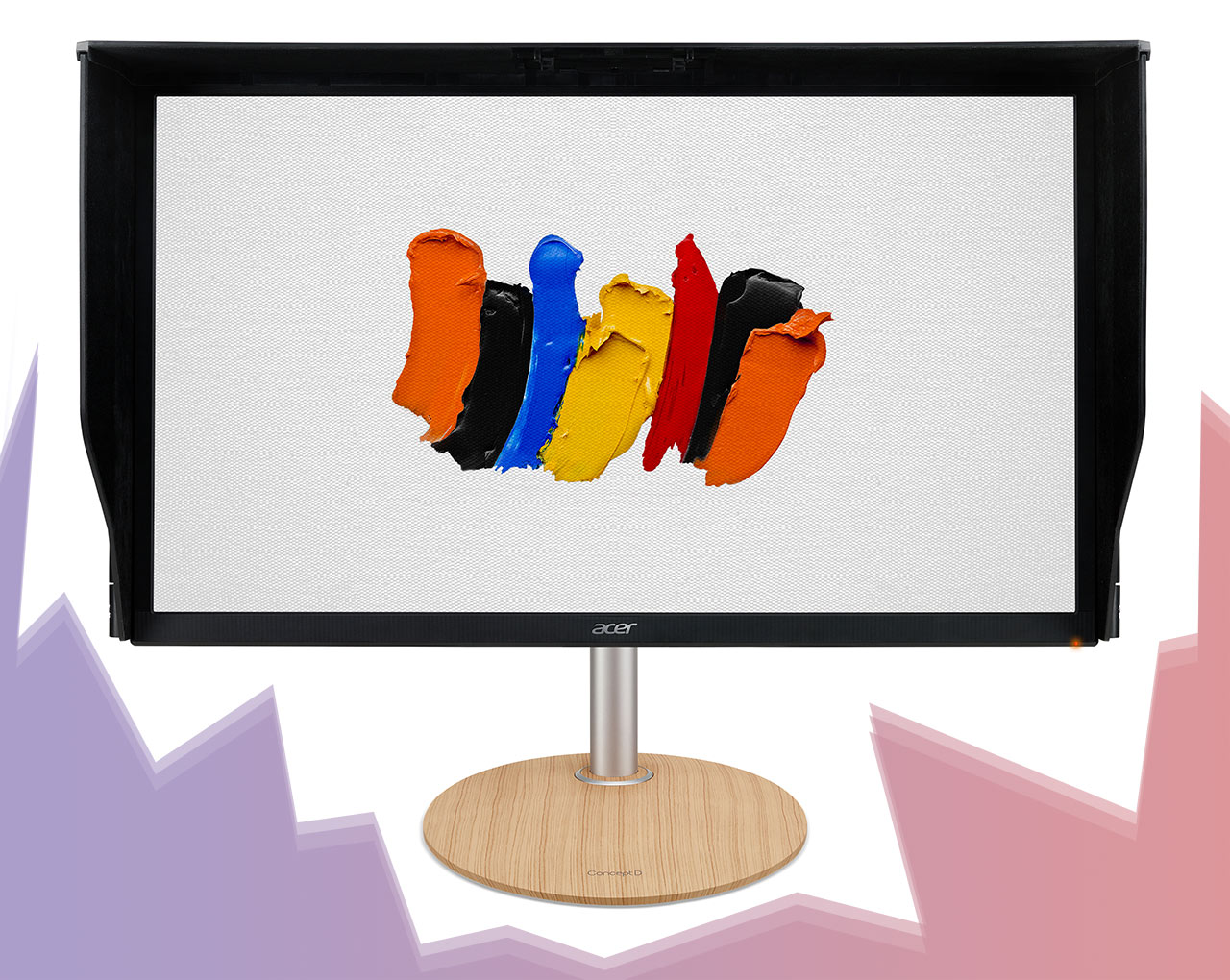 Starting price for the for the ConceptD CP3 (aka CP3271K P) will be $1,299.99 MSRP, while the more extravagant monitor ConceptD CP7 (aka CP7271K P) will start at $2,199.99 MSRP. These monitors were put on sale at select resellers this morning – they should appear available for purchase very soon – if not already now, by the time this article is set to publish!