Over in Berlin at IFA 2012, the folks at Acer have revealed their next-generation Ultrabook lineup by the name of Aspire M3 touch. This lineup improves on their Ultrabook offerings thus far with a 10-point touch display optimized for Windows 8. The Acer Aspire M3 touch is just 22mm thin and weighs in at 2.3kg, toting with it a frameless 15.6-inch display with full touch capabilities.

Inside you’ll find a next-generation NVIDIA GeForce GT640M GPU, the first in an Acer Ultrabook, and a 3rd Generation Intel Core processor besides. You’ll also get Dolby Home Theater v4 audio enhancements working with what Acer calls “premium” speakers – hard hits and big beats on the way! This unit also has battery power that Acer rates at a full day of productivity and entertainment unplugged. 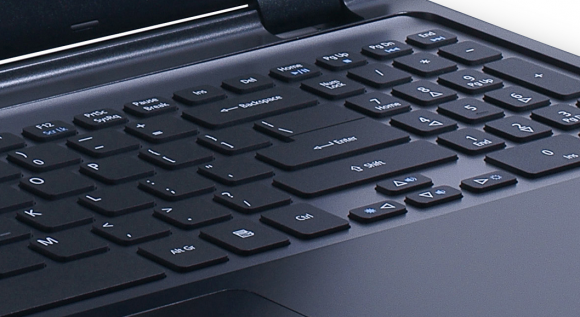 The Aspire M3 touch has a lovely dark casing made of aluminum alloy and works with a chiclet keyboard including full QWERTY and numeric keypad as well. You’ve got an oversized touchpad for precision control aside from your touchscreen, and the whole device is, again, so thin that you’ll want to bring it everywhere. This unit works with Acer Instant Connect so you can reconnect to access points you’ve got saved up in just 2.5 seconds, and Acer Green Instant-On so you can resume from sleep mode in 1.5 seconds.

This unit is one of several revealed – or presented again – at IFA 2012 in Berlin. Have a peek at our Acer tag portal as well as our portal for IFA and stay tuned as the devices keep popping up left and right! ALSO NOTE: Pricing and availability have not yet been announced, but we’ll have it all up for you soon as we can!