American Airlines and Virgin Atlantic are looking to much shorter flights to expand their future services, each inking deals that could see them piloting electric vertical take-off and landing aircraft in the US and UK, respectively. The airlines have partnered with startup Vertical Aerospace, which is working on the eVTOL VA-X4 aircraft that can leap vertically into the air and fly for over 100 miles on a single charge.

Inside, there’s seating for four passengers plus a pilot. The VA-X4 has four tilting rotors at the front, which are meant to lift it up off the ground, and more, stowable rotors at the rear for horizontal flight.

It’ll be capable, Vertical Aerospace says, of flying at speeds over 200 mph, with zero emissions and in near silence. While its range is obviously a lot less than most of AA or Virgin Atlantic’s current fleets, the advantage is the flexibility to operate services in locations where traditional aircraft simply aren’t catered for. That makes it potentially ideal for the short-haul city-hopper service the airline has in mind. 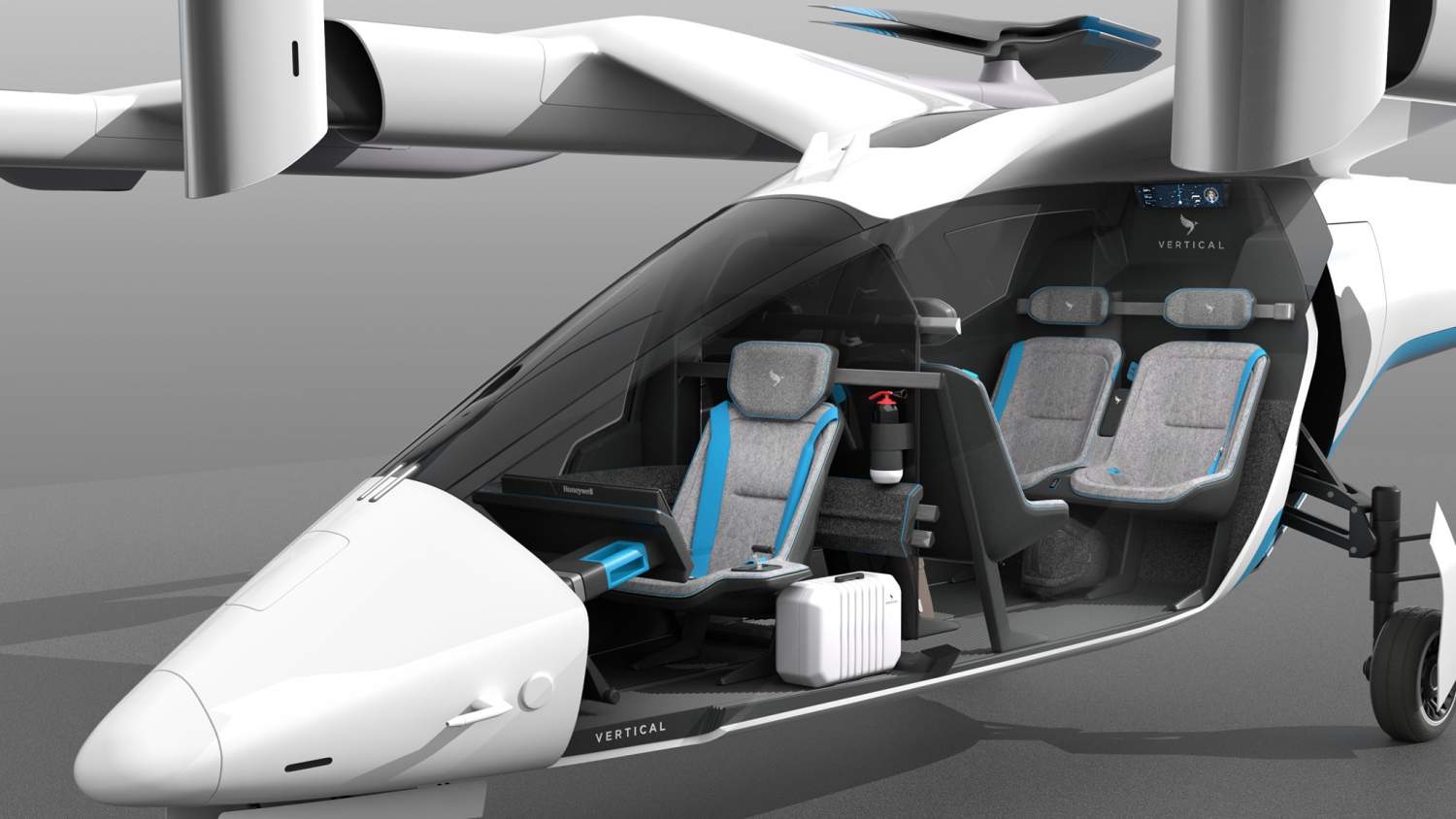 For Virgin Atlantic, the goal is to build a network of eVTOL flights between UK cities and airport hubs. That’ll start with London Heathrow, Manchester, and London Gatwick, Virgin Atlantic says. A flight from Cambridge to London Heathrow, for example, could be completed in 22 minutes on the VA-X4, compared to a typical 90 minute drive for the 56 mile journey.

“With 37 towns and cities with populations over 100,000 within 100 miles of London Heathrow Airport,” the airline points out, “the VA-X4 offers huge potential to support zero emissions short haul transfers for 7.7 million customers outside of London, for flights to and from the UK’s main hub airport.”

American Airlines, meanwhile, plan to work on a similar strategy in the US. It and Vertical will collaborate on certification, passenger operations, and infrastructure development.

If there’s a problem with the whole plan, it’s that right now there isn’t actually a VA-X4. That is to say, Vertical Aerospace is currently building a full-scale prototype, but the first test flight for that isn’t expected to take place until later this year.

Assuming that goes to plan – and, as with any new aircraft, there’s no guarantee that the current roadmap won’t change – then commercial operations of the VA-X4 are planned for 2024. It’ll need to clinch US Federal Aviation Authority (FAA), European Union Aviation Safety Agency (EASA), and UK Civil Aviation Authority (CAA) certification before that can happen, of course.

If all the pieces fall into place, Virgin Atlantic has an option to purchase 50 to 150 VA-X4 aircraft. The joint venture will be Virgin Atlantic branded, and focus on “price competitive regional connectivity” for the first and last 100 miles of their customers’ journey. For example, you might get off a transatlantic flight from New York City, and then go straight from a full-sized Virgin Atlantic jet to an eVTOL aircraft to hop that last jump to be closer to home. 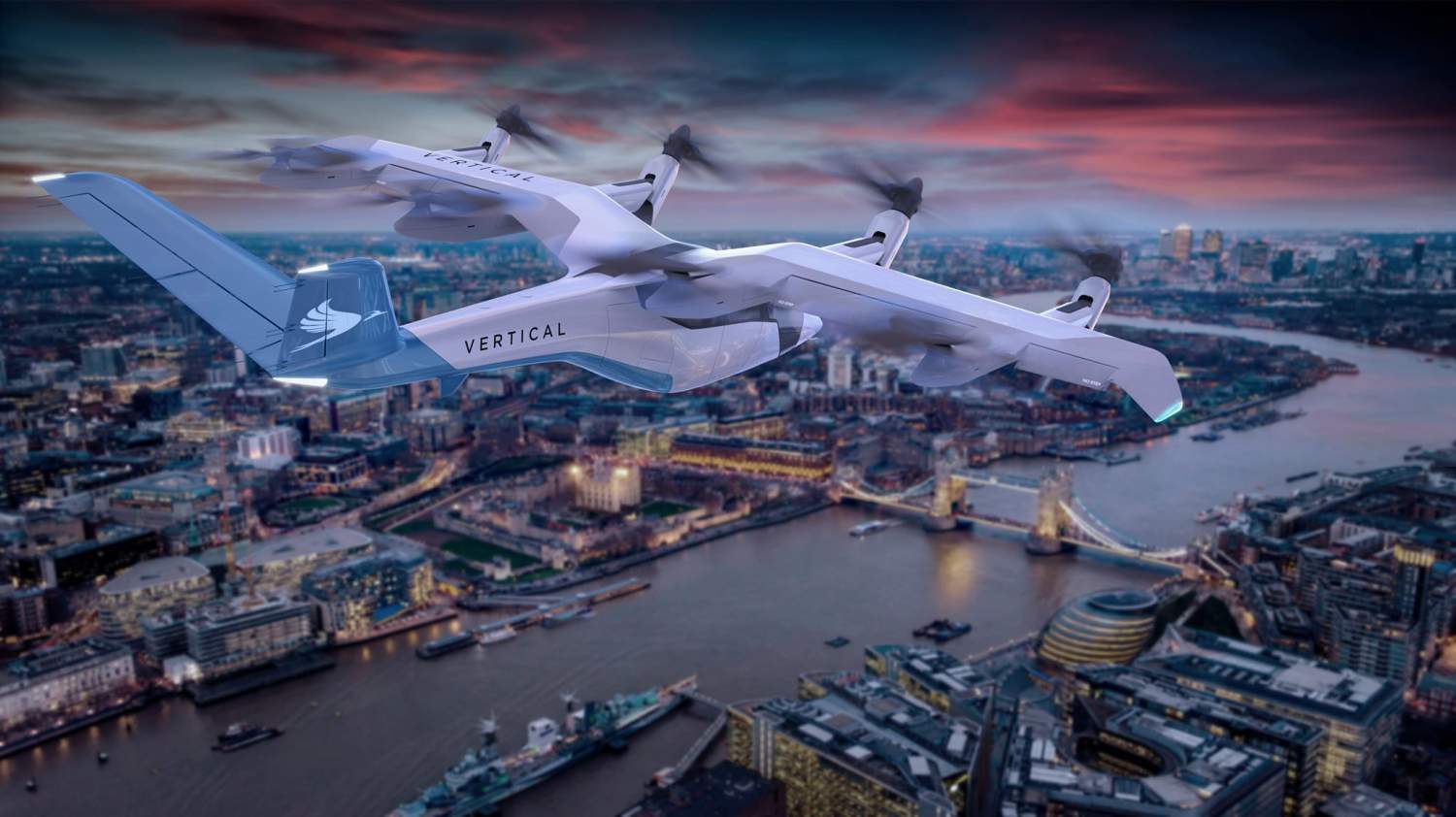 American Airlines, meanwhile, is investing in Vertical – along with Avolon, Honeywell, Rolls-Royce, Microsoft’s M12, 40 North, and Rocket Internet SE – and has agreed to pre-order up to 250 aircraft with an option to add a further 100 to the order. That’ll depend on meeting various conditions and milestones. Avolon has agreed to pre-order up to 310 VA-X4, with the option for a further 190.

It’s not the first time we’ve seen eVTOL billed as the perfect way for (wealthy) passengers to avoid road congestion. It’s also a tricky segment to compete in, with multiple startups attempting such aircraft – and some also shutting down operations, too, having discovered how tricky a concept that might be.