A 3D dashboard display that doesn’t demand special glasses could make your next car a lot safer and more intuitive to drive, big-name automotive supplier Bosch is promising. The company has been showing off its new digital display technology for cars, which can use controllable depth of field to better communicate things like the distance to nearby vehicles and when the road situation might be getting dangerous.

As Bosch argues it, 3D makes a lot more sense in a vehicle than it ever did in the living room, because distance is something far more relevant when you’re the driver. With an adaptive cruise control system, for instance, you could get a far more intuitive perspective on how far the car ahead is from your own vehicle.

“Alerts that seem to jump out of the display are much more obvious and urgent,” Dr. Steffen Berns, president of Bosch Car Multimedia, said of the screen technology. If you’re using parking sensors, meanwhile, a 3D representation of where the vehicle is compared to other cars, walls, and the curb could be far easier to grasp than the current system of 2D screens and bleeping. 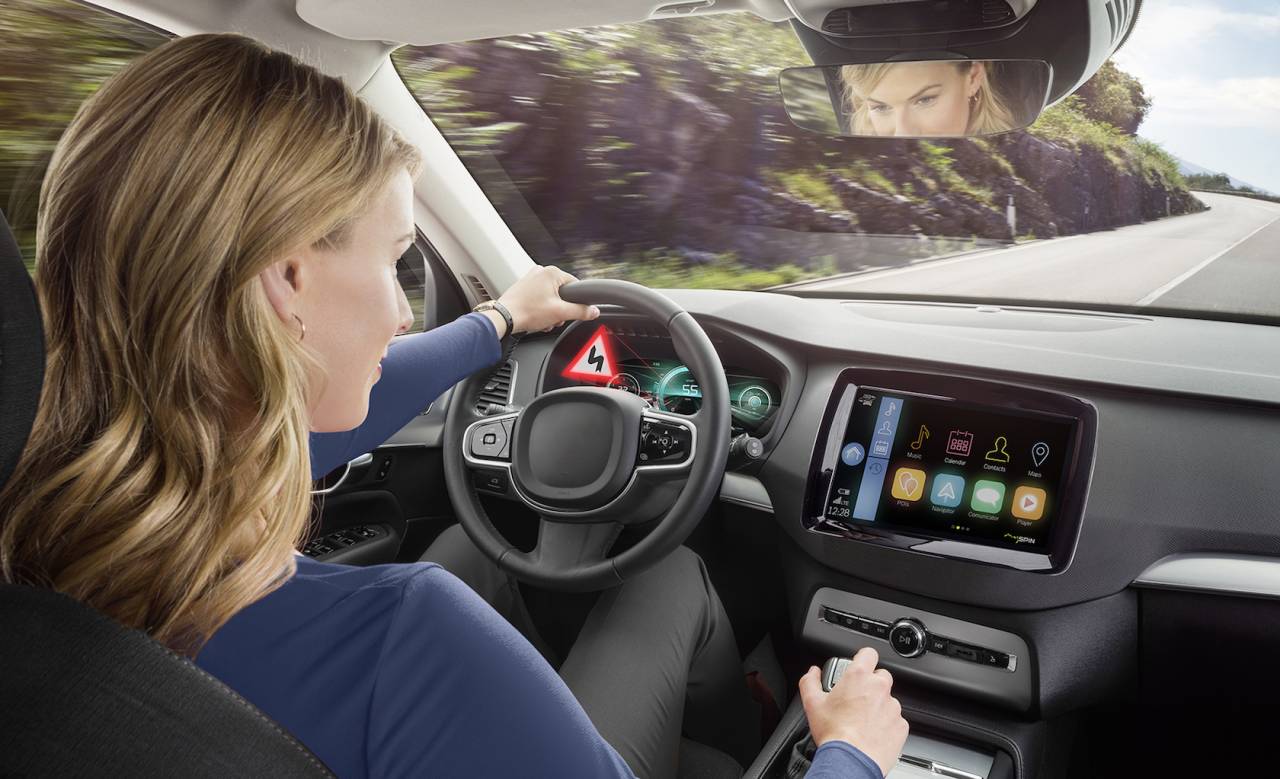 Even simple navigation could be made more straightforward. Currently, in-car systems can typically show a 3D perspective on a flat display, and some even have details of buildings to help populate that map. Bosch’s screens, however, could make pinpointing where exactly you are in the city – and which direction to take next – more understandable.

It’s not the first taste of 3D we’ve seen in vehicles, mind. Earlier this year, the VW Golf GTI Aurora implemented a holographic interface as a proof of concept. However, the system was mounted in an odd location: inside the trunk, presumably because of the scale of the holographic unit.

Bosch, in contrast, says that its system is ready for the dashboard. It has combined support for the 3D display into its so-called cockpit computer, which can also handle things like voice control, multiple displays and touchscreens, and other features.

Since Bosch doesn’t make its own cars, it’s down to automakers to decide when – or if – they might want to implement 3D displays into their vehicles. The supplier isn’t giving any timescale as to when it envisages that potentially happening, either. Still, with Bosch silicon powering dashboard screens for a number of the big automaker names, and high-tech cabins increasingly becoming a key market for differentiation, the allure of something new may prove to be a strong compelling factor.