Volkswagen’s Golf is getting some R2-D2 action, with the Golf GTI Aurora concept debuting a new hologram control system. The floating 3D interface demands no special glasses or screens; instead, it simply shows a set of media controls that hover in mid-air.

The play, pause, and track skip buttons, along with animated playlists and more are all floating icons and graphics, selected by “tapping” them. You can rotate album track listings and then select one with a fingertip, or slide up and down a virtual volume control. 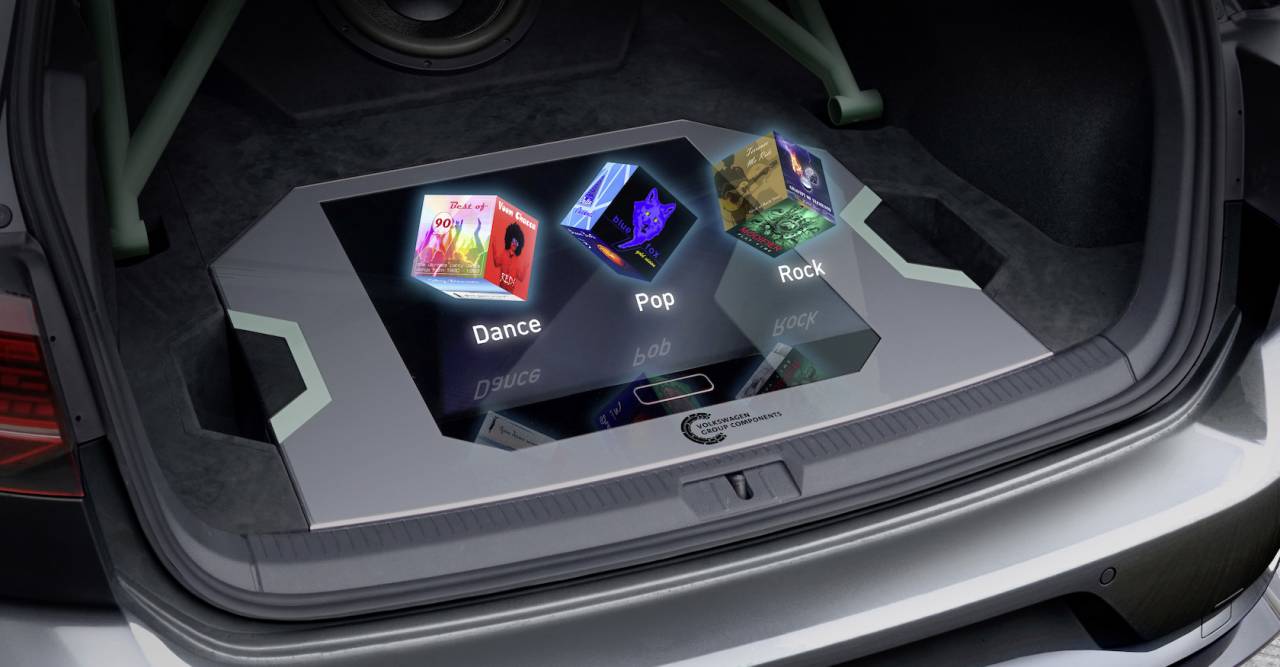 While the technology may be complex, VW claims the user experience itself is actually surprisingly straightforward for people to become comfortable with. “Holography is a technology that captivates every user within seconds of trying it out, because holograms are intuitive to use,” the automaker says. “After all, people see and live in three dimensions, so they know how to handle the projected 3D control elements.”

There are a few good reasons why the Golf GTI Aurora is a concept and nothing more, mind. For a start, the hologram is currently in the trunk, not floating atop the dashboard as you might expect. The projection system is currently integrated into a module in the luggage compartment. 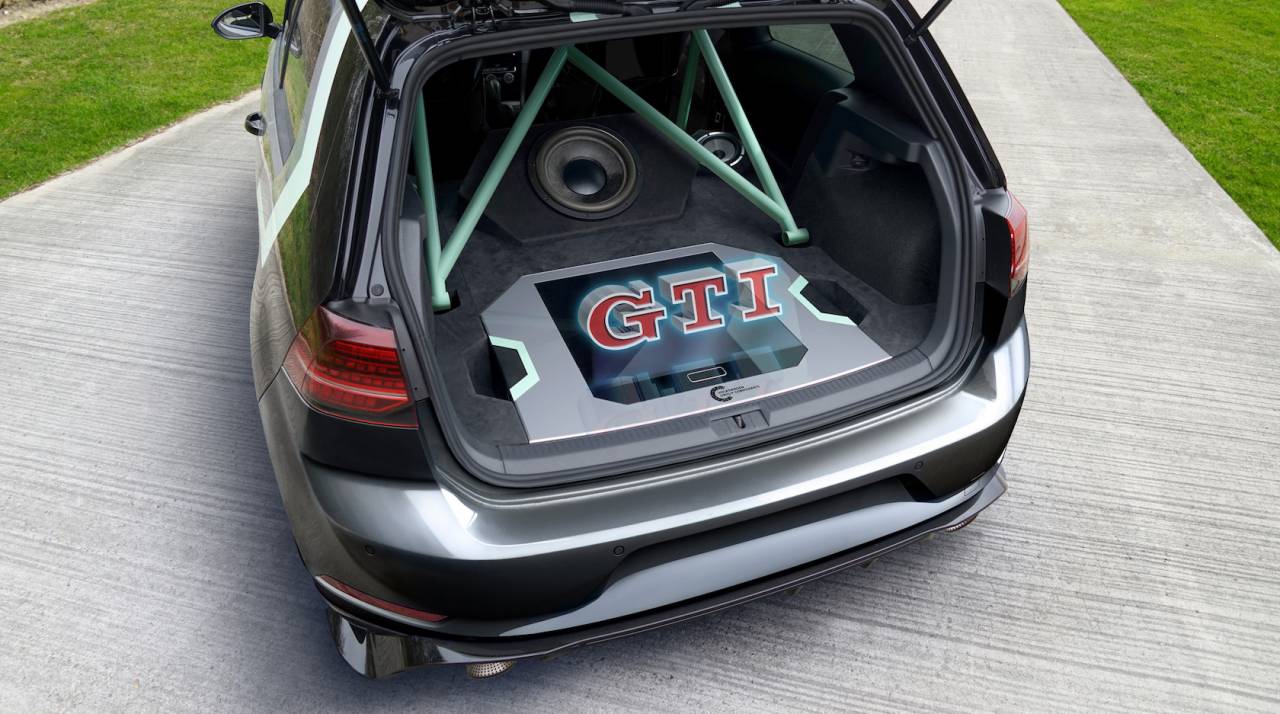 That, Thomas Schmall, Chairman of the Board of Management of Volkswagen Group Components, insists, is actually “compact.” Even so, VW isn’t talking about just how much space it takes up, and the fact that the automaker opted to install its demo hologram in the trunk and not in the cabin leads us to suspect that one of the main reasons it’s not market-ready yet is bulk.

Volkswagen is playing the details of the new system close to its chest right now. Indeed, all Mark Möller, Head of Development at Volkswagen Group Components, will say is that it uses “software algorithms and visual technology components,” which is basically tech-talk for “we’re not going to tell you how it works yet.” Whereas other companies have claimed to have made holograms, though, VW says this particular system is both proprietary and patented.

As for why you might want a holographic interface at all, one good reason is increasingly complex dashboards. Cars are equal parts geek as they are gear these days, but trying to navigate through the UI required to control all of that can be distracting. Many automakers have responded to that with big touchscreens embedded into their dashboards, but even using those typically requires taking your eyes off the road. 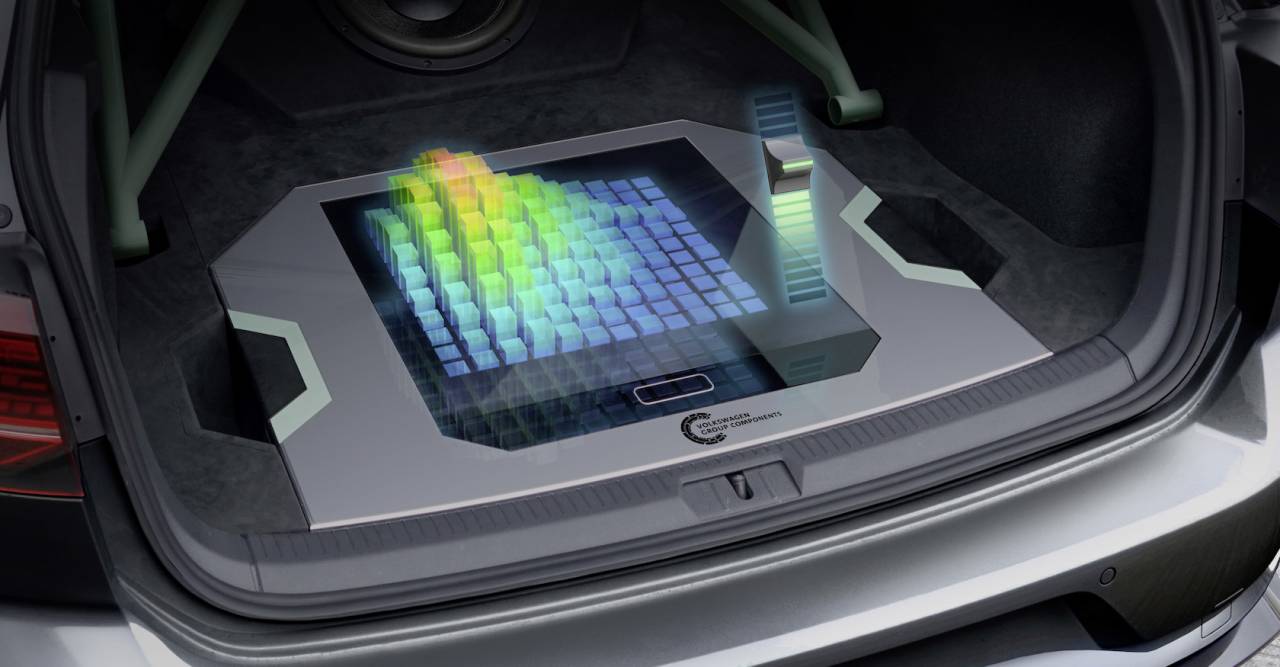 A holographic display, in contrast, could not only adjust itself to only show the controls most relevant at the time, but float them further up into the driver’s line of sight. That would potentially mean less time looking away from the road. It also opens the door to potential augmented reality graphics, which could hover atop the dashboard and be linked with the view of the real-world through the windshield.

Before anything like that can be offered, though, Volkswagen Group Components has some more work to do. “The holographic system can be realized using technology modules that are already available today; it is no longer just in the realm of science fiction,” Möller says. “However, it will be some time before it can be used in production vehicles.” Exactly how much time, VW isn’t sharing.