Antarctica may be inhospitable ice today, but 90 million years ago it could’ve been home to a flourishing rainforest, new research has discovered. Published today, the study rewrites our assumptions about the polar region, and ignites new questions about how Earth’s climate could change so dramatically.

The timescales involved are significant. 90 million years ago falls right into the middle of the Cretaceous time period, right around when the dinosaurs were alive on Earth. It’s also known to be the warmest period for the planet.

What wasn’t clear, however, was just how that warmth manifested – and in the usual regions it could be found. A new study led by geoscientists from the Alfred Wegener Institute, Helmholtz Centre for Polar and Marine Research in Germany explored a sediment core that had been taken from the Amundsen Sea in West Antarctica. Within its depths, they discovered plant pollen, spores, and even a network of dense roots.

That’s not what you expect to find from the current icy conditions of the Antarctic, and it paints a very different picture of the region back in the mid-Cretaceous period. The scientists concluded that the coast of West Antarctica featured temperate, swampy rainforests, flourishing in roughly 54 degree Fahrenheit conditions. The forests would be similar to those still found on New Zealand’s South Island, for example.

“During the initial shipboard assessments, the unusual colouration of the sediment layer quickly caught our attention; it clearly differed from the layers above it,” AWD geologist Dr Johann Klages, lead author on the study, says. “Moreover, the first analyses indicated that, at a depth of 27 to 30 meters below the ocean floor, we had found a layer originally formed on land, not in the ocean.” 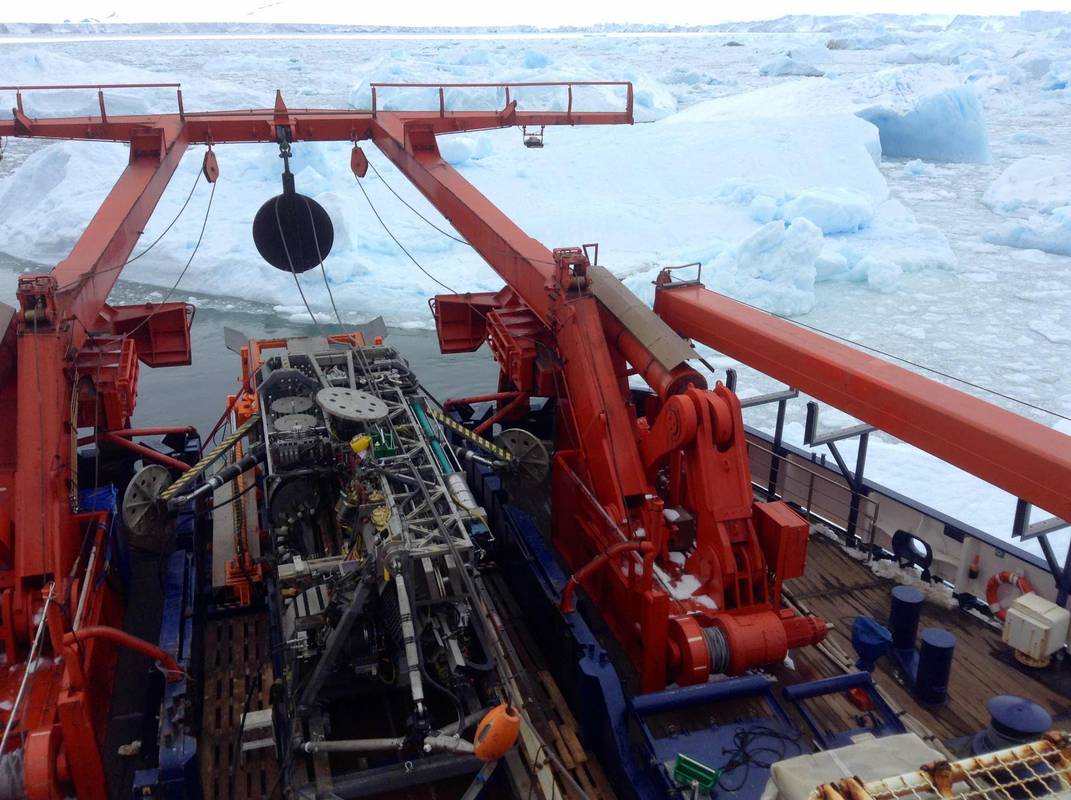 The core was collected by the University of Bremen’s seafloor drill rig MARUM-MeBo70, near the Pine Island Glacier on an RV Polarstern expedition. When put through X-ray computed tomography (CT) scans, it was found to be laced with roots, knotted through fine-grained clay and silt. Vascular plant pollen and spores of a variety of species were also discovered.

One of the challenges to explaining those findings, however, was figuring out how the region could remain so comparatively warm despite facing a four-month-long polar night. Modeling simulations suggested it would take a significantly higher level of carbon dioxide concentrations in the atmosphere to bring the climate up to a point where the temperatures allowed a rainforest to survive. In 2019, the peak CO2 value was just short of 415 parts per million (ppm), but it would need to have reached as high as 1,680 ppm to deliver the average Antarctic temperatures 90 million years ago.

“We now know that there could easily be four straight months without sunlight in the Cretaceous,” co-author Dr Torsten Bickert, a geoscientist at the University of Bremen’s MARUM research center, explains. “But because the carbon dioxide concentration was so high, the climate around the South Pole was nevertheless temperate, without ice masses.”

What’s unclear still is just what process occurred to reduce the temperatures and form the polar ice sheets.