The wonderful thing about LEGO is that with those tiny bricks, you can build just about anything. Sure, you start out building from pre-made kits, but eventually you’ll expand to making your own creations. Somewhere in a closet I still have the TIE fighter and X-wing that I built, long before there were any official kits. They weren’t exact replicas, but with my imagination, they were perfect for space battles. Today, I thought I’d take you through some of the best Star Wars Lego fan creations. Here they are, in no particular order: 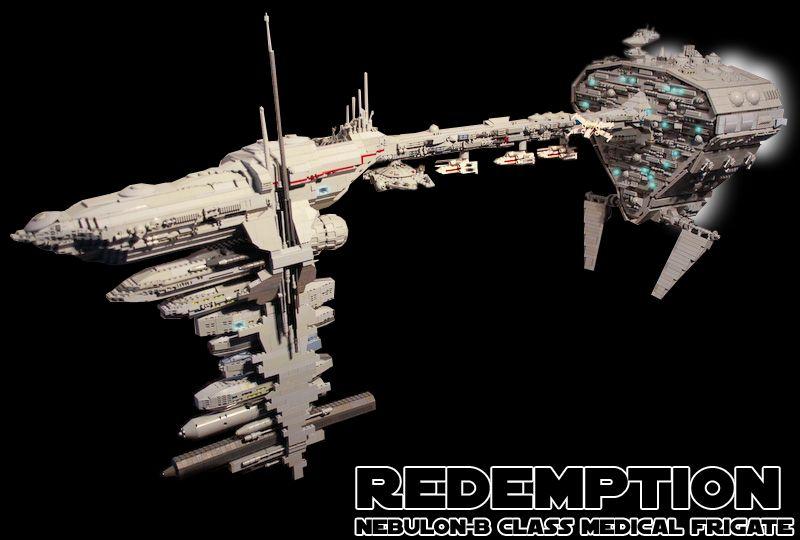 When you think about Star Wars ships, you probably don’t immediately think of a medical frigate. However, the Redemption was one of the more unique ships in the original trilogy. While most large ships had sleek, angular designs, the Redemption had two main body areas, connected by a long tube with a series of docking areas.

While we don’t have an exact size or brick count on this particular ship, the creator Steef Mediocre (I’m pretty sure that’s not his real name) listed it as 172 studs long, by 52 studs wide. Which translates to about 54 inches by 16 inches. 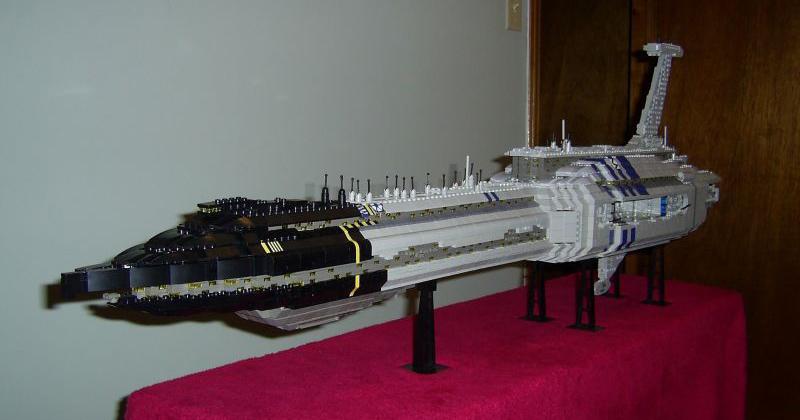 The Invisible Hand was the command ship that General Grievous used during the Clone Wars. This was the ship that Anakin and Obi-wan crash-landed during the opening of Episode III. This was designed and built by Thomas Benedikt. This creation measures 48 inches in length, with a brick count of 5,500. 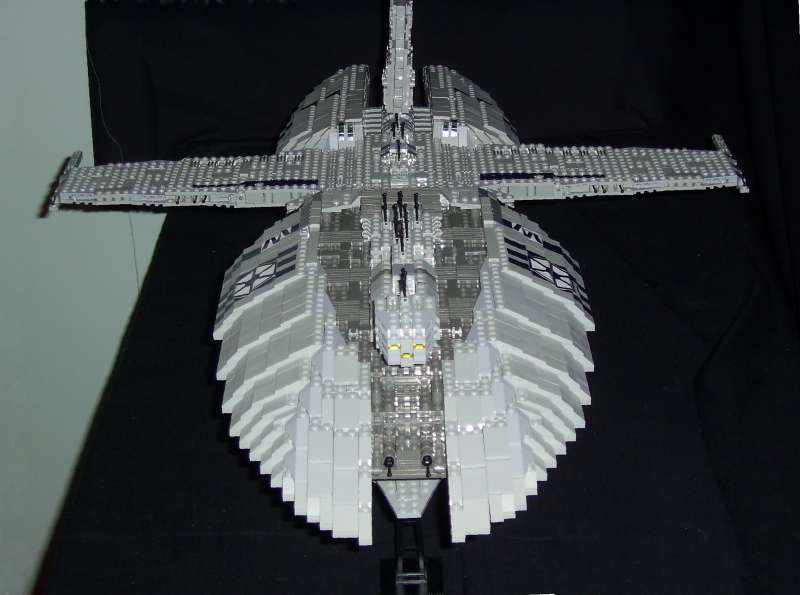 The Munificent-class frigate is also known as either a Separatist frigate, or a Banking Clan frigate. While we didn’t see this particular ship for more than a in the movies, it was a common sight during The Clone Wars TV show. This is another design by Thomas Benedikt. It is one of his shorter creations, which measures 38 inches long, but still has nearly 6,200 pieces. 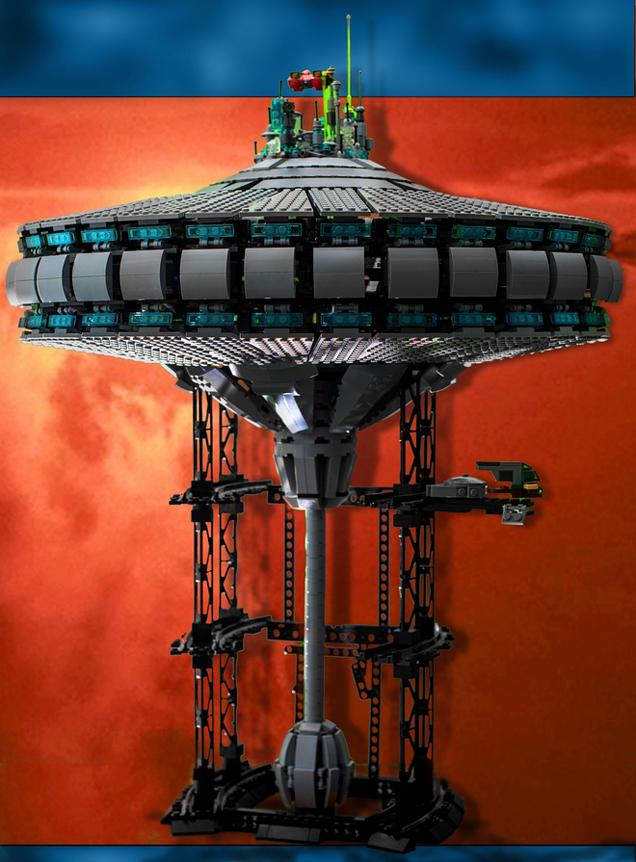 This floating city in the clouds provided the setting for some of the most beautiful scenes of the original trilogy. Here was uttered one of the most famous lines in all of cinema history. This was build by Lego Ideas user elgiemd, who submitted it, in hopes of having it turned into an official set. While it is pretty cool looking, with 27 days left and more than 9,000 signatures still needed, it doesn’t look as though we’ll see it on shelves any time soon. He unfortunately didn’t provide any measurements or a brick count. 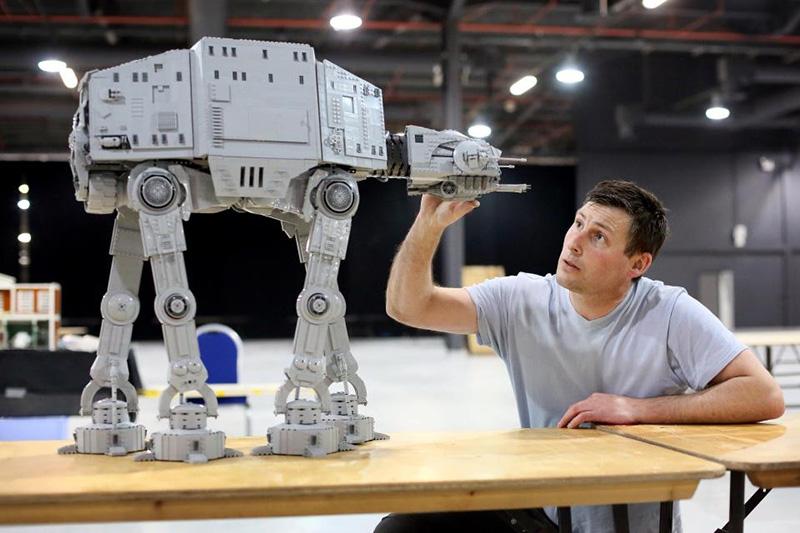 We recently featured this particular creation earlier this week. It was part of the inspiration for doing this piece. Unlike most of the other creations in this list, LEGO has actually produced a bunch of other AT-AT kits. Of course, none of them can come close to matching this 6,000 brick design by Peter Brookdale. Sadly, we don’t know the other dimensions, but you can see from the picture that it is huge. 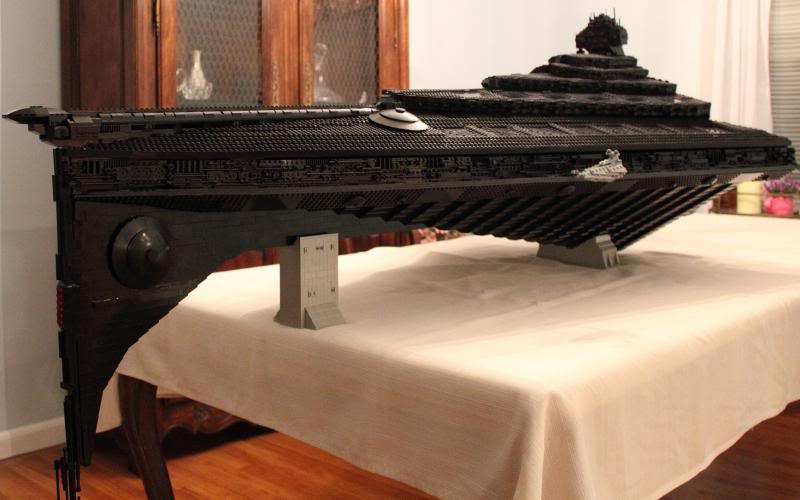 This is an interesting build, as it isn’t featured in any Star Wars movies or TV series. However, being the largest (not technically longest, but largest by mass) ship in the EU, it is definitely a sight to behold. The ship served as the flagship of the reborn Emperor Palpatine, and even packed a smaller scale superlaser, much like the Death Star had. This was created by Eurobrick user Vassal, and measures 63 inches long, 30 inches wide, and 23 inches tall. The total brick count is right around 11,000. 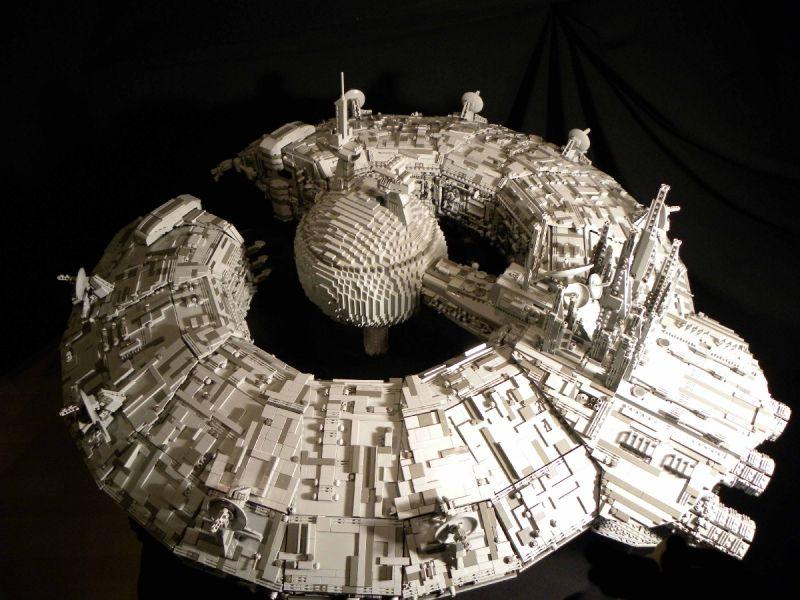 This ship might bring back bad memories of a young Anakin Skywalker shouting “now this is podracing!” but it is still one of the most iconic ships of the prequel trilogy. Just keep in mind that if you do blow up this LEGO creation, the rest of your droid minifigs will stop working. This was designed and built by Paul Yperman over the course of 2 years and took a whopping 30,000 pieces to complete. Sadly, we don’t know the exact dimensions of this creation. 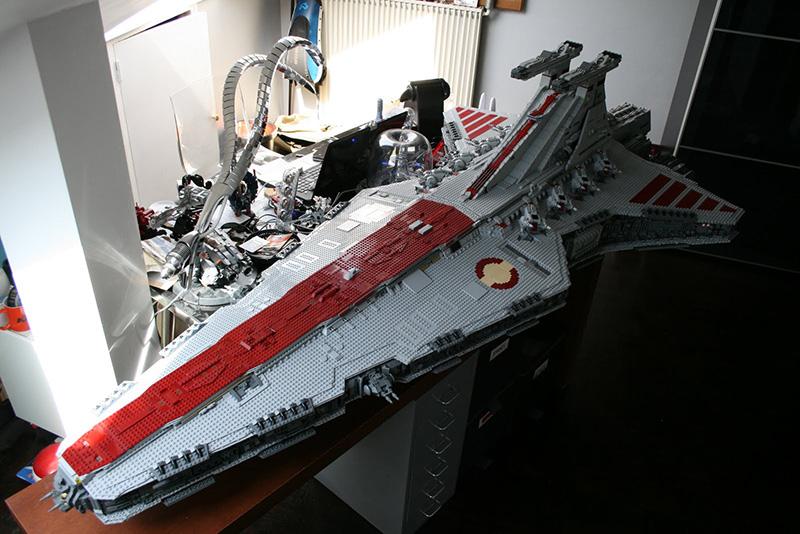 The Venerator-Class Star Destroyer is one of the early Star Destroyer designs, used by the Republic. This particular creation was designed and assembled by Iomedes. This design dwarfs everything else on this list. It measures 8 feet long, weighs 180 pounds and uses and astonishing 43,000 bricks. And no glue or any other adhesives were used to keep it together. It is truly a sight to behold.