Apple’s iPhone 4 launch may have been marked with even greater queues and online preorders than every before, but that may not have left them with a dramatically increased market share.  According to analysts Piper Jaffray, while Apple are tipped to sell between 1m and 1.5m iPhone 4 handsets in the first three days (rival firm Oppenheimer reckon it’ll be more like 1.5m in the first day alone), 77-percent of those picking up the fourth-gen smartphone are in fact upgrading from an existing iPhone.

Apple is yet to publicly announce sales figures for the iPhone 4, though we’d expect to hear something on Monday if the firm remains true to form.  What might be more interesting is the number of Bumper cases the company sells, which are tipped to prevent the occasional poor reception issue some users have experienced. 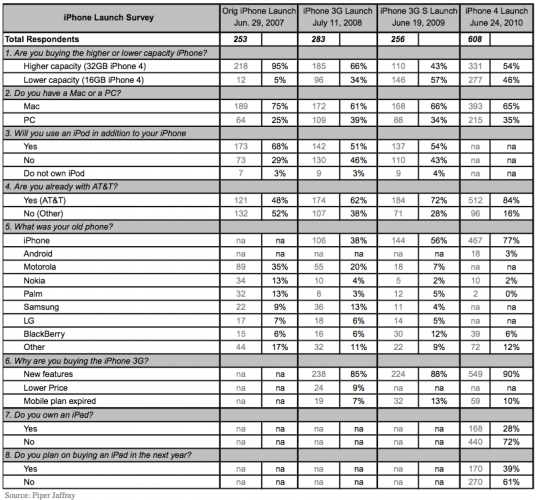