The 5GBioShield was supposed to protect its user from supposed harmful effects of 5G radiation. In reality, this $300+ (around £283.00) USB stick actually contains around £5 worth of hardware. That’s according to the folks at Pen Test Partners who, for the greater good of humanity, purchased several of these USB sticks and tore them down to see what was inside.

Back in April of 2020, the Glastonbury Town Council released a 6-month investigation of concerns about the safety of 5G radiation, non-thermal effects of 5G, and electromagnetic hypersensitivity. They found some… interesting things, and ended up recommending that the UK Government and Public Health England go ahead and undertake an independent scientific study on the matter. 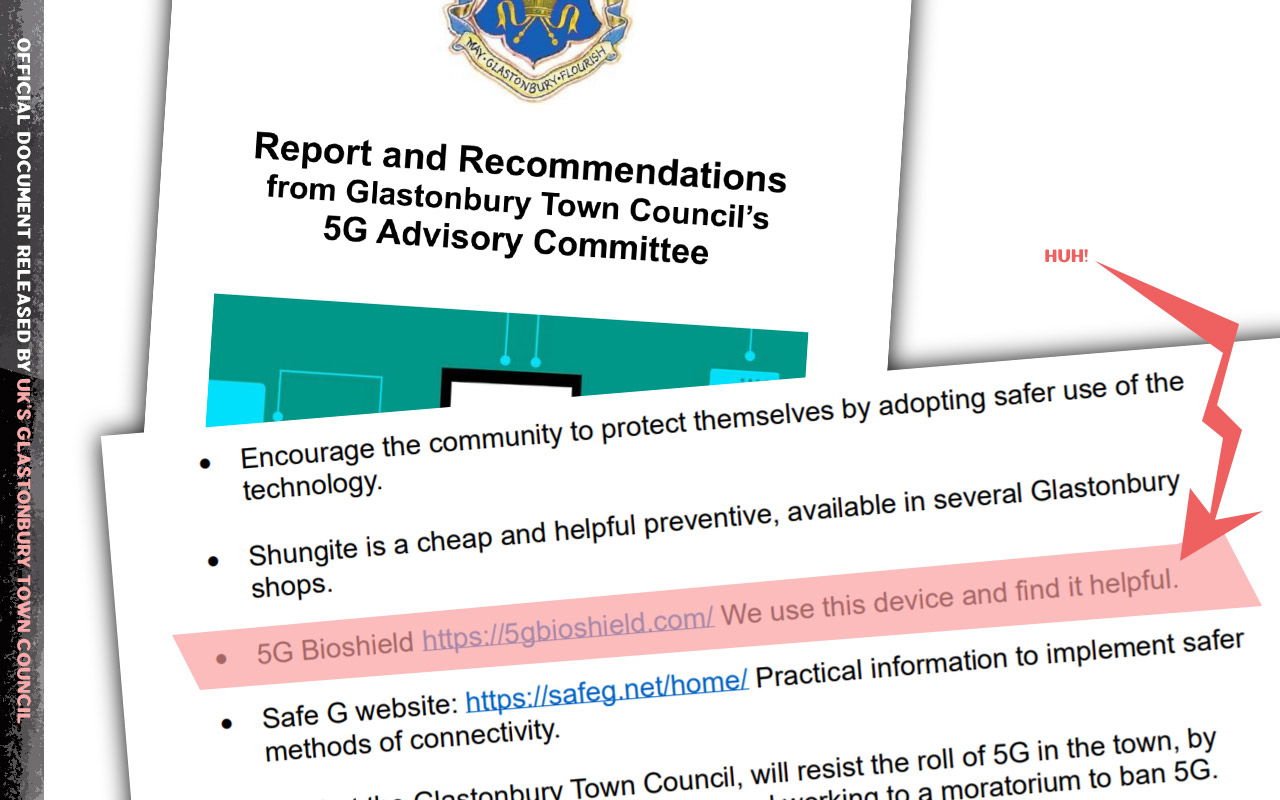 In their report, they mentioned the 5GBioShield USB Key. They said nothing other than how they “use this device and find it helpful.” Upon seeing this, Pen Test Partners went to work, investigating the tech included in the key itself.

The website suggests that the 5GBioShield Key was created with “breakthrough ‘quantum’ holographic nano-layer catalyzer technology.” The official description of the hardware, courtesy of the people who make the USB keys, suggests that “a uniquely applied process of quantum nano-layer technology” is used to “balance the imbalanced electric oscillations arising from all electrical fog induced by all devices such as: laptops, cordless phones, wlan, tablets, etc.”

You’ve likely heard of the term “electric fog” before, but only really if you live near the Electric Fog vape shop in Canada. It’s not a common term, and it definitely doesn’t have anything to do with the other claims made by the people selling these sticks. The claims for the USB stick also include “improvement of memory, concentration, speed and efficiency of decisions, especially for pilots, surgeons, teachers, and all professionals whose performance depends on absolute mental clarity.” 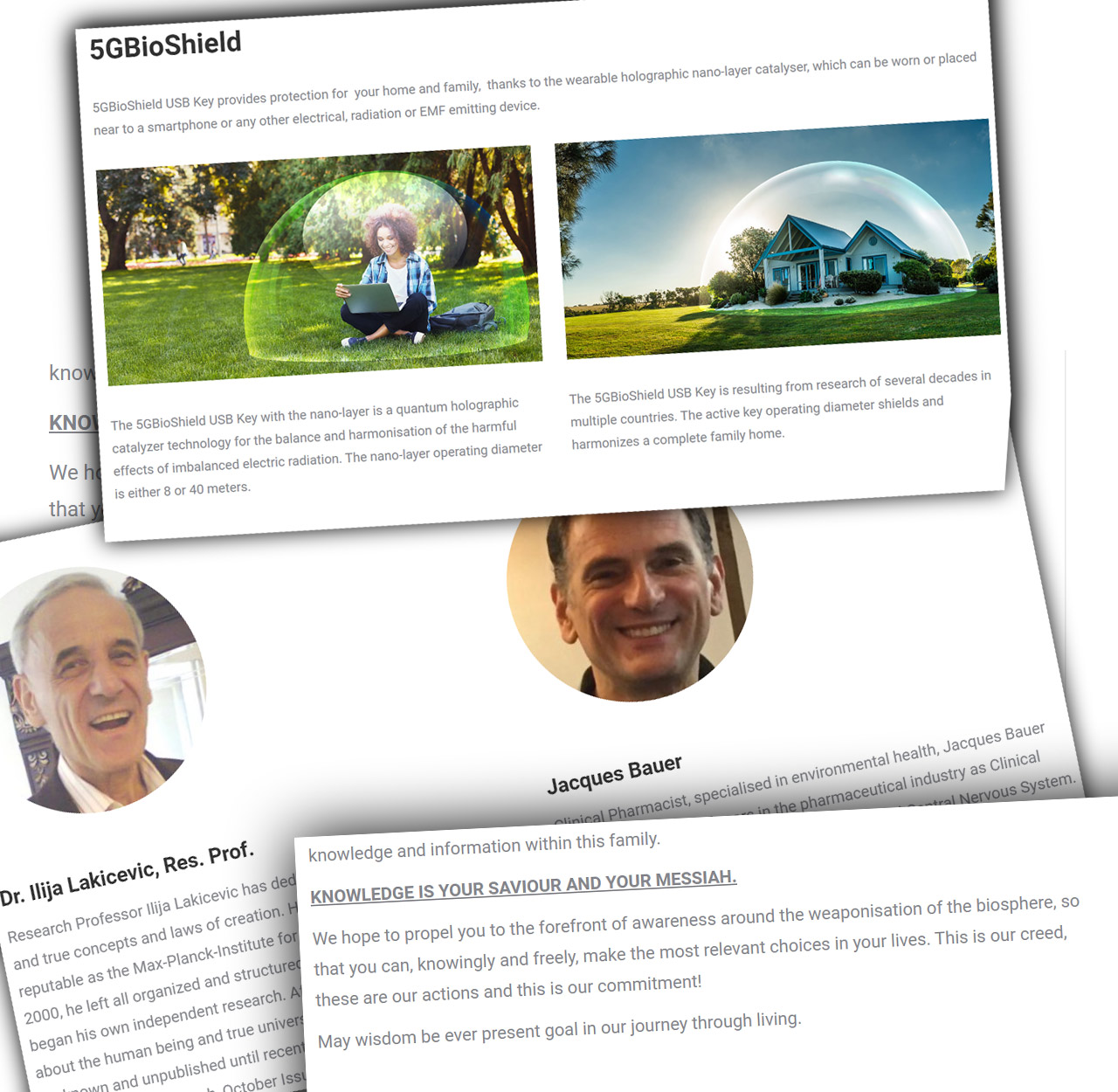 The Pen Test Partners teardown of the device showed the serial number GL-BGA-212H on the device’s USB board, along with J 20 03. It’s a very basic USB board, with no obvious modifications beyond its original manufacturing for the storage of approximately 128MB of data space.

The size of the USB stick’s storage size was so small, it shocked the PTP researchers that tore the device down. This was likely the absolute least expensive USB stick available to the creators of the 5GBioShield USB package.

Data included on the USB indicated that the creators made no effort to change the default values. “This is often an indication of cheap, unbranded devices,” said Phil Eveleigh at PTP.

In the USB stick was a PDF of the description of the stick – the same PDF available on the 5GBioShield website. There’s also a tip from the seller of the stick: “This is a REAL USB key! It protects, AND it informs at the same time. You will find a Master File explaining the basics of this technology… and you can load other informative files as well if you wish.” 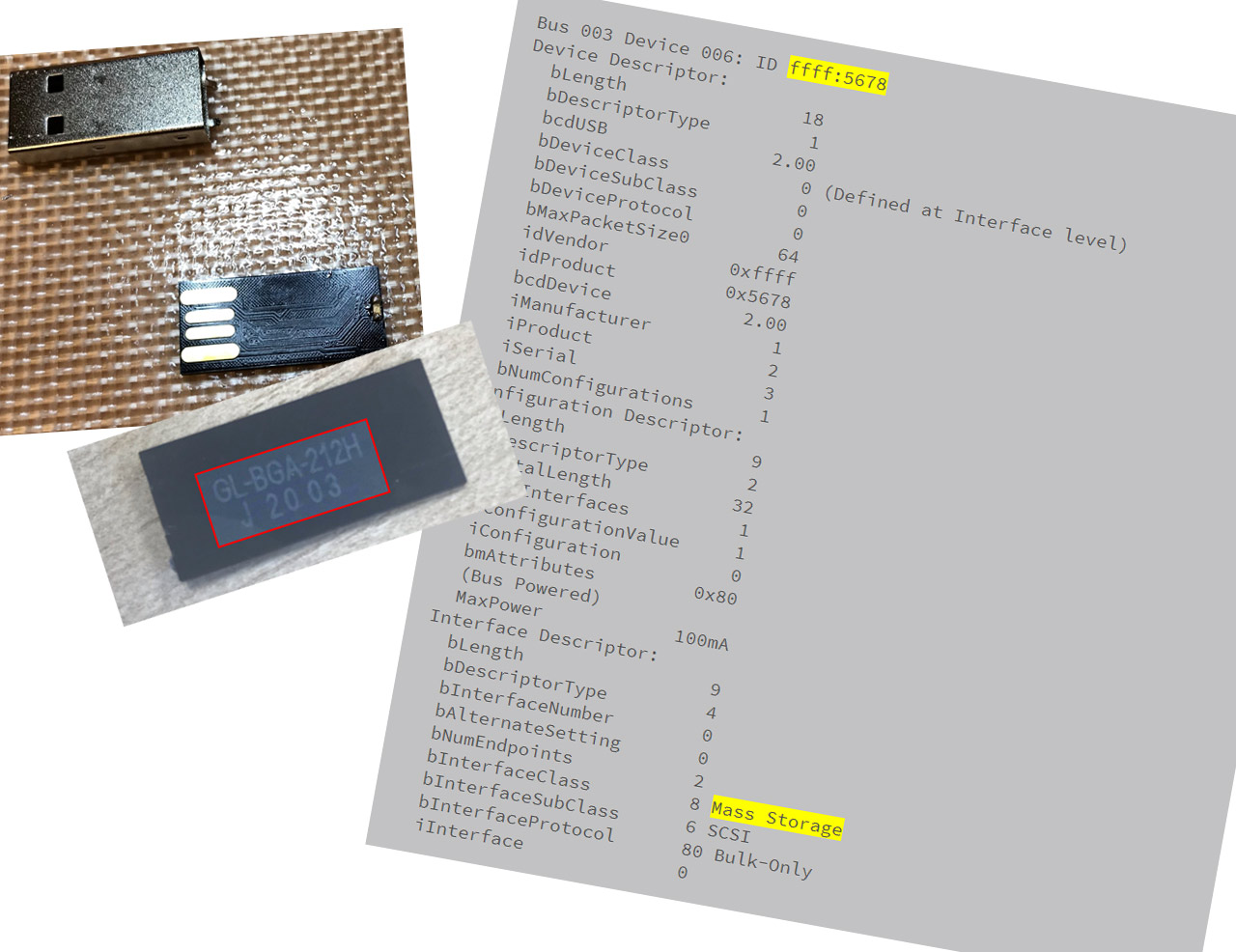 There was also a circular sticker on the USB stick, and “no electrical or other connections between the device and the “sticker” and also no additional components other than the USB stick.”

As of this week, Stephen Knight, operations director for London Trading Standards (LTS) and his team are working with the City of London Police’s Action Fraud squad to investigate the USB stick. They’re seeking a court order to take down the “5GBioShield” website.

“We consider it to be a scam,” Knight told the BBC. “People who are vulnerable need protection from this kind of unscrupulous trading.” Until the official 5GBioShield website is taken down, it would appear that unwitting consumers can still purchase one USB key for £283.00, or three for £799.00.