Lenovo Smart Display is a product looking for a market – just like the Amazon Echo Show. It rolls with the Google Assistant voice search and assistant service, and it has a big 10-inch display to deliver all the visual delights the user could ask for. But what’s the big deal here? Why would someone want something like this when they didn’t know it existed yesterday?

Amazon isn’t known for its highest-end industrial design on mobile devices, nor is it particularly well known for its ability to turn out high-end hardware. The Echo Show, aka the first Alexa device made by Amazon that’s primarily a display for your countertop, had us split on how we felt it looked. 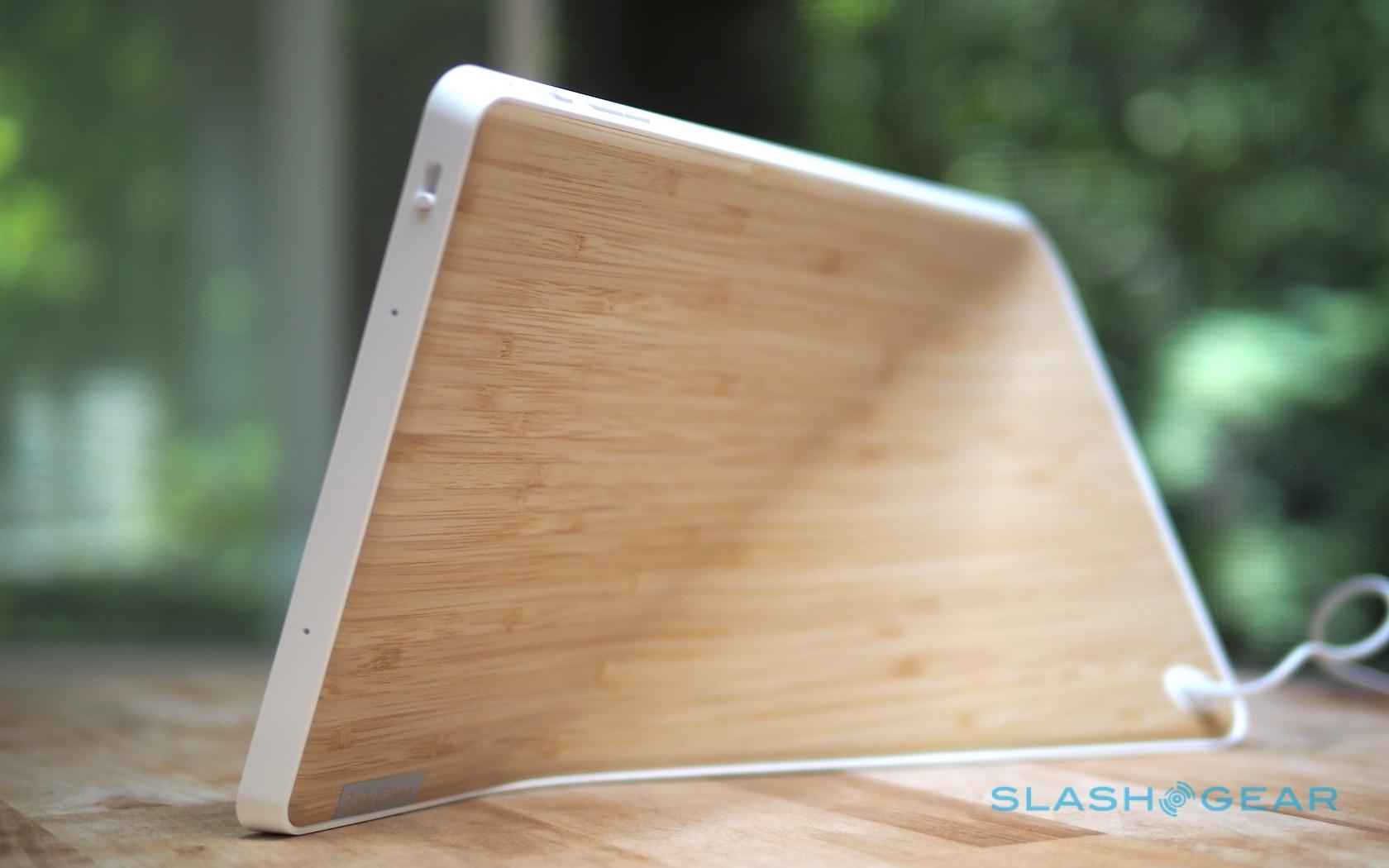 To me it looks like one of those gaudy computer screens from Star Trek, the Original Series. That can be nice, but assuming your home isn’t meant to look ironically strange with oddly-shaped gadgets, the Lenovo Smart Display is the better choice. It’s got woodgrain. It’s got a sleek shape. It’s not just black on black on flat.

There’s literally a physical camera shutter you can use to block the device’s camera when it’s not in use. Some people place electrical tape over their front-facing cameras on all devices. Lenovo was forward-thinking enough to realize that a device like this is going to be scrutinized for its always-listening and always-watching nature – even though it’s not. As such, they made assurances physical. 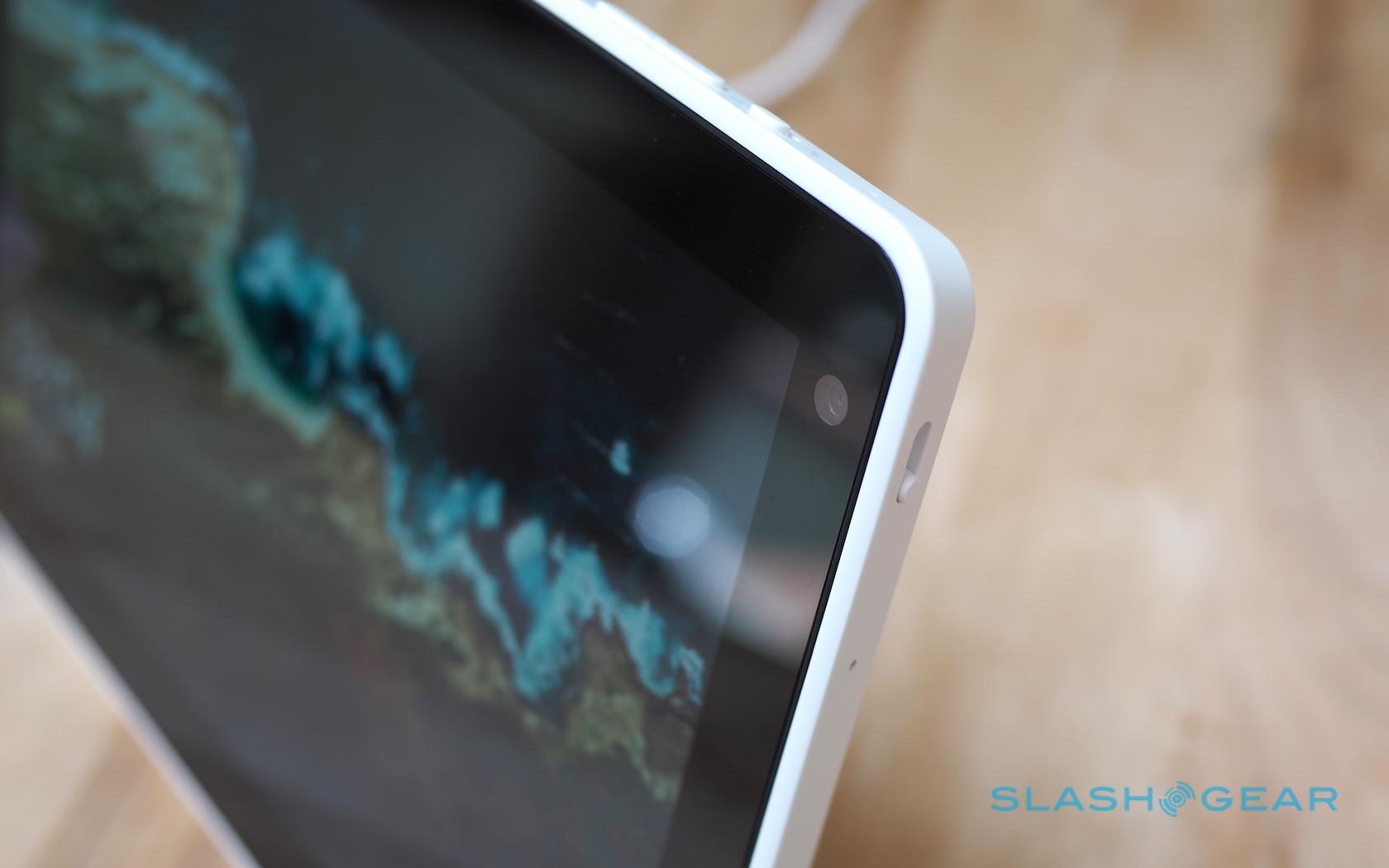 This device ALSO has a physical switch for its microphone system. So that’s pretty excellent too. It certainly puts my mind SOMEWHAT at ease… when I’m feeling particularly paranoid about big brother. 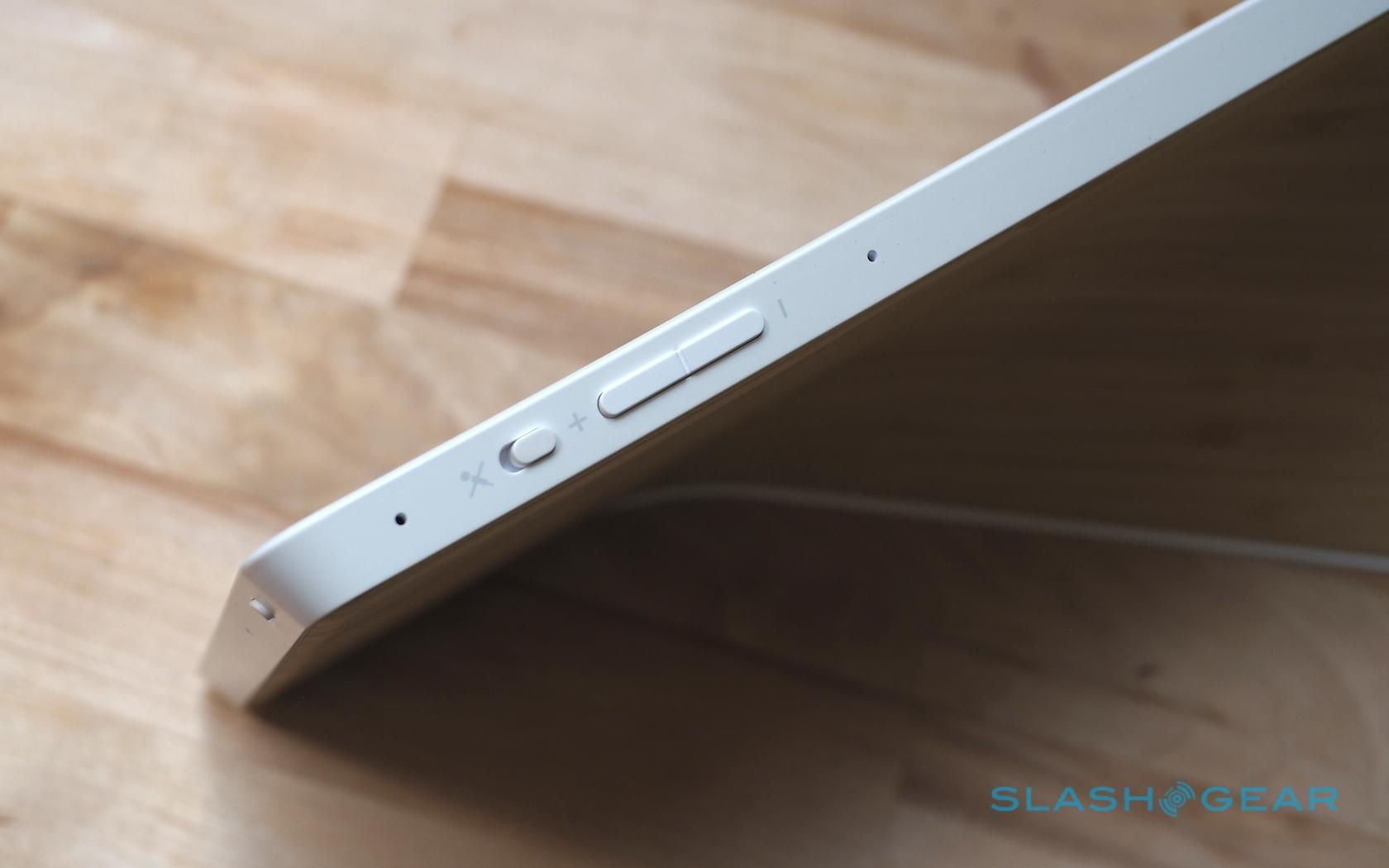 This device has YouTube, which means it has access to basically any video you might want on your countertop in your kitchen. Unless you want something from Netflix or Hulu… so that’s a bummer. This isn’t an Android tablet, after all. Wouldn’t want to make things too versatile, here.

The YouTube and the Smart Home control features here are unique for now, but won’t be unique for very much longer. Once more companies decide to create this sort of smart display with Google Assistant inside, there’ll be a miniature war for the countertop going on. 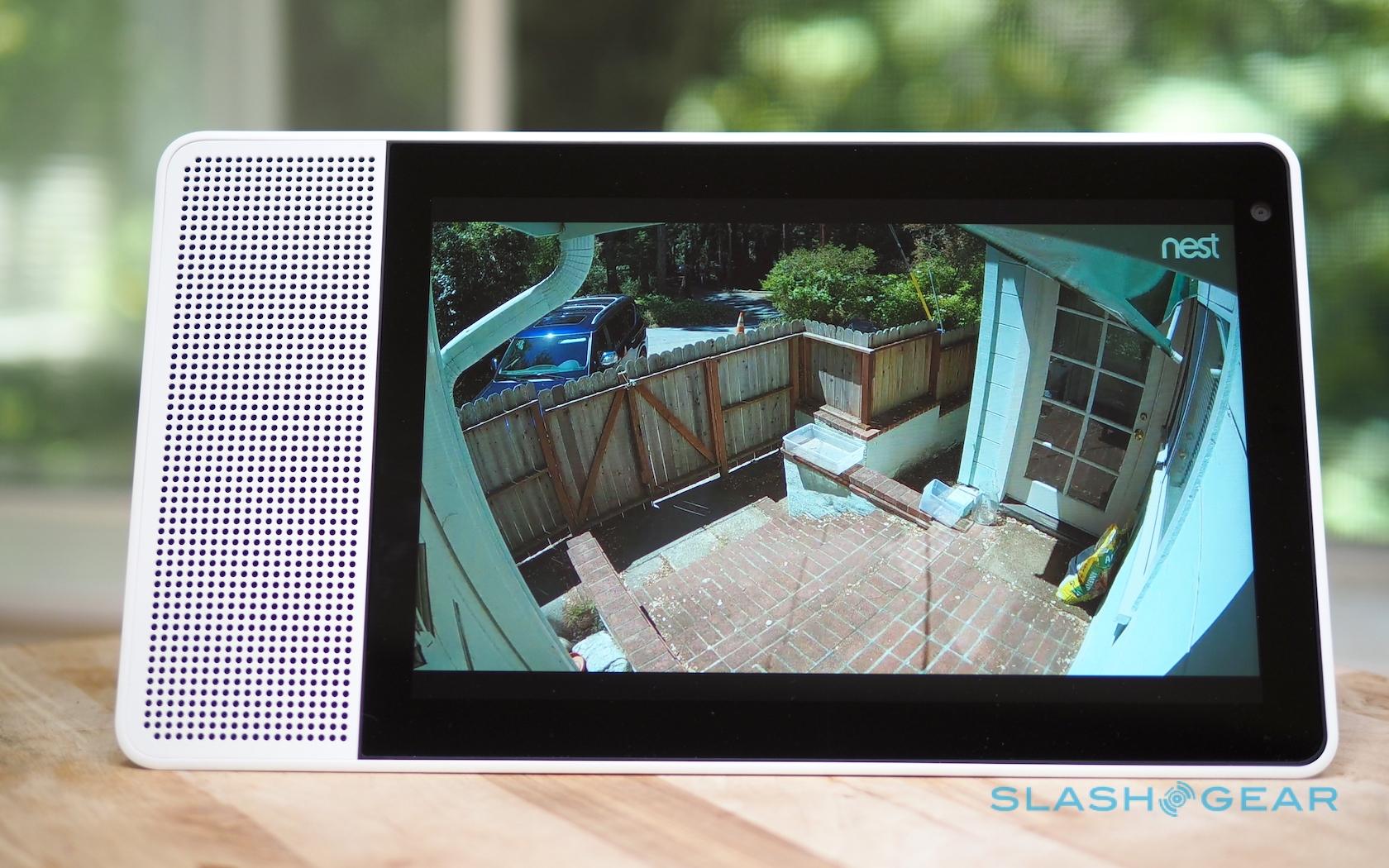 But for now, this Lenovo Smart Display is a smart home controller that’s just as good at controlling one’s smart devices with Google Home. Only it’s better because it has a touchscreen, so you’ve got more options. More visual options – so you don’t have to speak as much, and you can use this device to see through your security cameras – neat!

Google Duo doesn’t work particularly fantastic until you’ve taken the time to set it up properly – and it’s not exactly simple. It should be, but it takes some finagling to get functional. Despite this, once Google Duo is ready to roll, it looks pretty gosh-darned good. 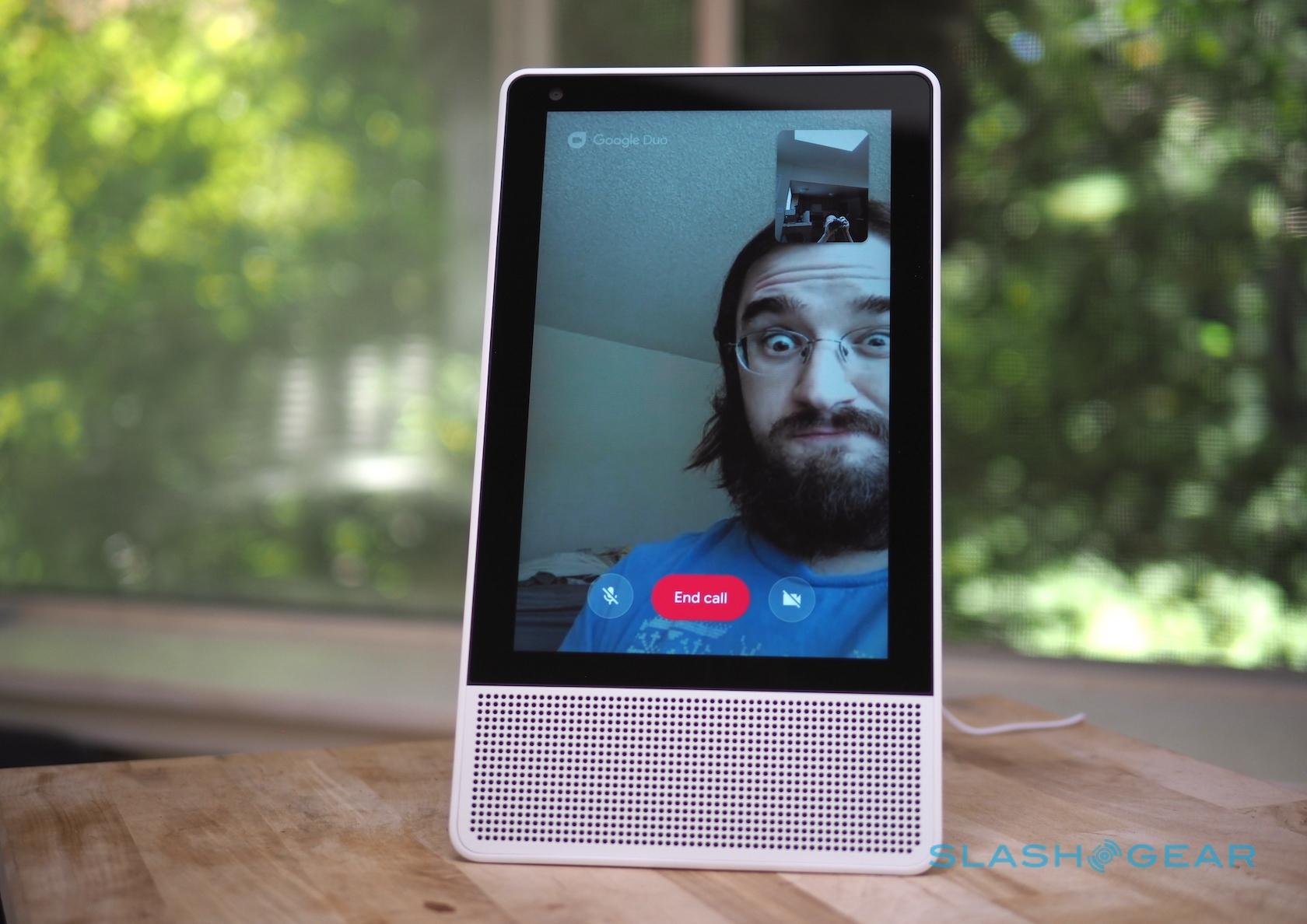 Have a peek at the rest of our Lenovo Smart Display review to get a greater grasp of what this machine is all about. When the rest of the smart displays come, we’ll probably be diving in to those too.