In Pokemon GO today we’re running down the five not-so-secret ways in which MODS (aka Modifiers) will allow you to catch a Legendary Pokemon. These modifiers all take place within the capture screen after a Legendary Raid Boss Battle – but you’ll need to take heed before the fact! When this article was first posted, the first Legendary Pokemon had been released or on the verge of being released: Lugia, then Articuno, and soon Moltres, Zapados, and Ho-oh! Oh how we’ll see Ho-Oh soon!

It’s GO Time here on SlashGear – you know what that means. It’ means we’re diving in on the insides of the game Pokemon GO to bring you the facts. With the following set of items in list form, you’ll be able to capture a Legendary Pokemon in Pokemon GO with much more success than you’ve had in the past. Keep them all in mind – the whole lot!

Each medal level means additional percentage points toward your total likelihood of capturing a Pokemon with a toss of a Pokeball. Bronze is +1%, Silver is +2%, and Gold is +3% – and you’ll need to capture 200 of the type of Pokemon in question to get its associated medal. The first two levels are 10 Pokemon and 50 Pokemon – slightly easier than 200. 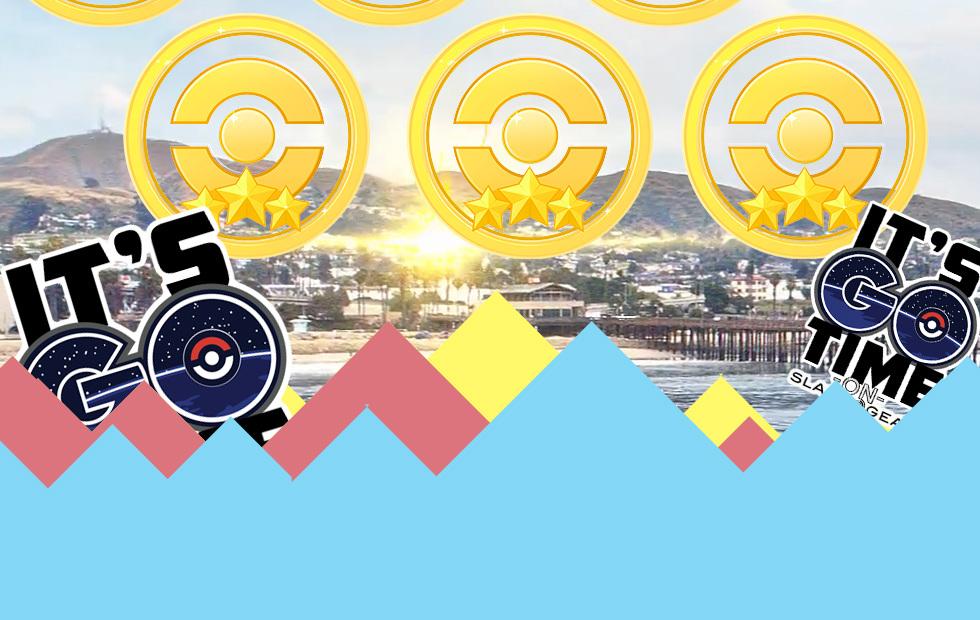 To take advantage of the Medal Bonuses for the Legendary Pokemon of your choice, you’ll need to know that Pokemon’s various Pokemon Types. For Lugia, this means having medals in both Psychic and Flying Type Pokemon. You’ll have to catch a BUNCH of Slowpoke, Jynx, Abra, or Drowzee for Psychic. For flying, you’ll likely want to stack up on Spearow, Pidgeot, Zubat, and Hoothoot.

The most ideal Pokemon to capture a BUNCH of before trying to catch a Lugia is Natu. Natu is both Psychic and Flying type, which means you’ll rack up points for medals for both of the types you’ll want for Lugia. 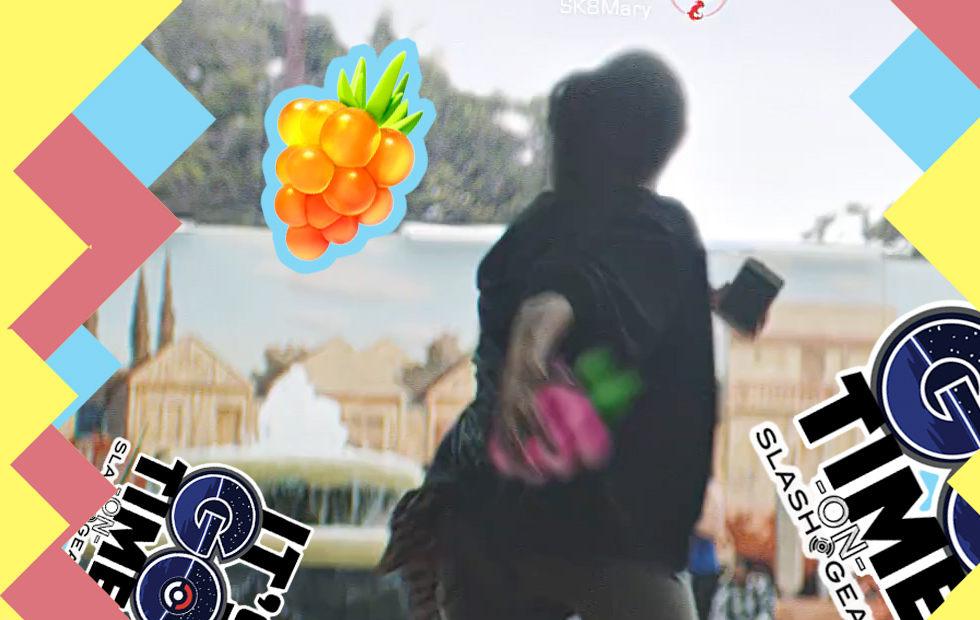 A Golden Razz Berry has a 2.5x multiplier, which means you have a far greater chance of capturing a Pokemon with a Golden than a standard Razz Berry. If at all possible, use the best Razz Berry you have available. Golden Razz Berries are awarded at the end of each successful Raid Battle, and can be saved for later – for both Raid Boss captures and standard Pokemon captures.

Ultra Balls are best, followed by Great Balls and regular Pokeballs. So it should be easy to decide which Pokeball type to use, right? Not so fast – this is a RAID BOSS situation.

*None of this other-ball business matters when you’re tossing Premiere Balls after a Pokemon GO Raid Battle. You only get one ball to choose from, and that’s the Premiere Ball – and you only get a few of them to toss with each time you beat a Raid Boss. At the end of each Raid Boss Battle, you’ll get Premiere Balls based on the following items: 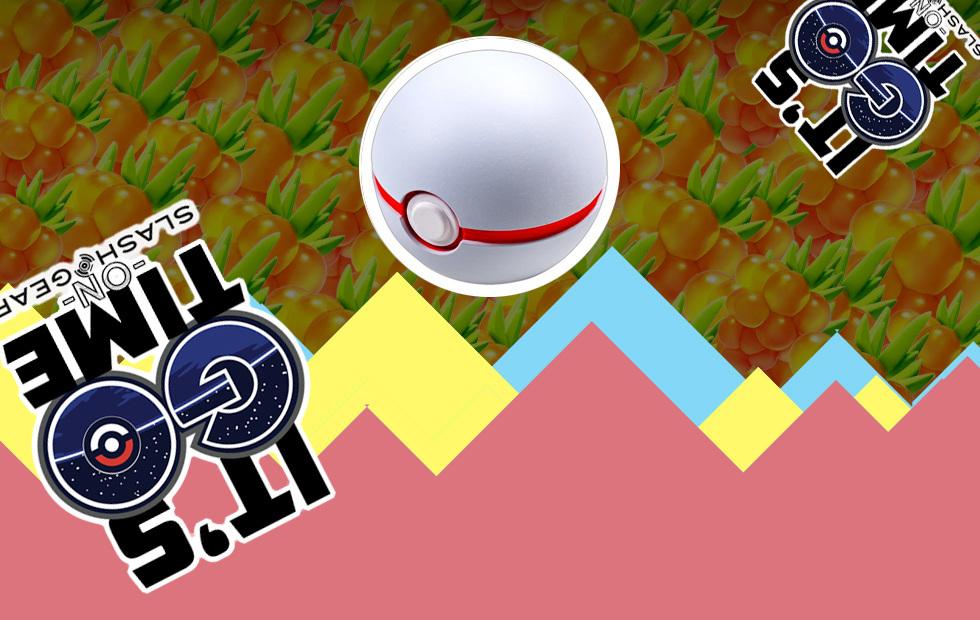 At this moment there’s a chance of between 5 and 10 Premiere Balls given to each Trainer after a Raid Battle. Use them wisely. They disappear after the capture screen then and there – even if you run – and they don’t stack up for later attempts.

A curveball is executed when the user holds their finger down on the Pokeball and spins it around the screen without letting go. Once the ball begins to spin, the player should release the ball in a place that allows a flight pattern out, as it’ll then curve back in to hit the Pokemon in question. 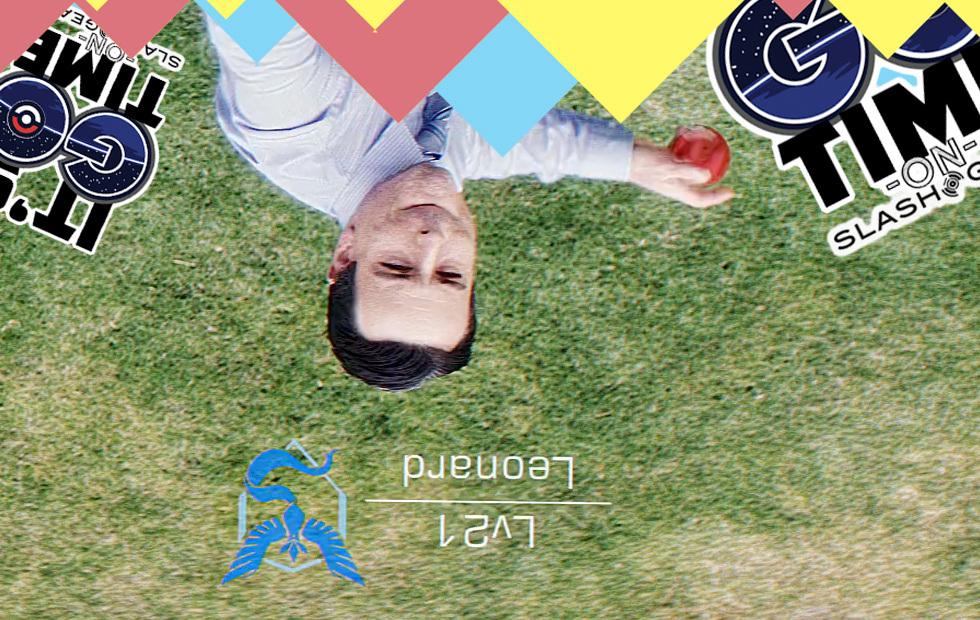 A curveball toss that lands on the Pokemon gives additional percentage points toward catch rates based on other contributing factors listed above and below. As additional factors are stacked, the difference between a standard throw and a curveball throw are increased. If you’re terrible at using the curveball method, it’s best to just toss straight on – better to hit with a standard throw than to miss with a curve!

An excellent throw is awarded when the green circle around the Pokemon is at its smallest and the trainer lands a Pokeball within said circle. The smaller the circle, the better the reward in percentage points towards capture. Bonuses here start at zero (no award mentioned), then go to Nice, Great, and Excellent. 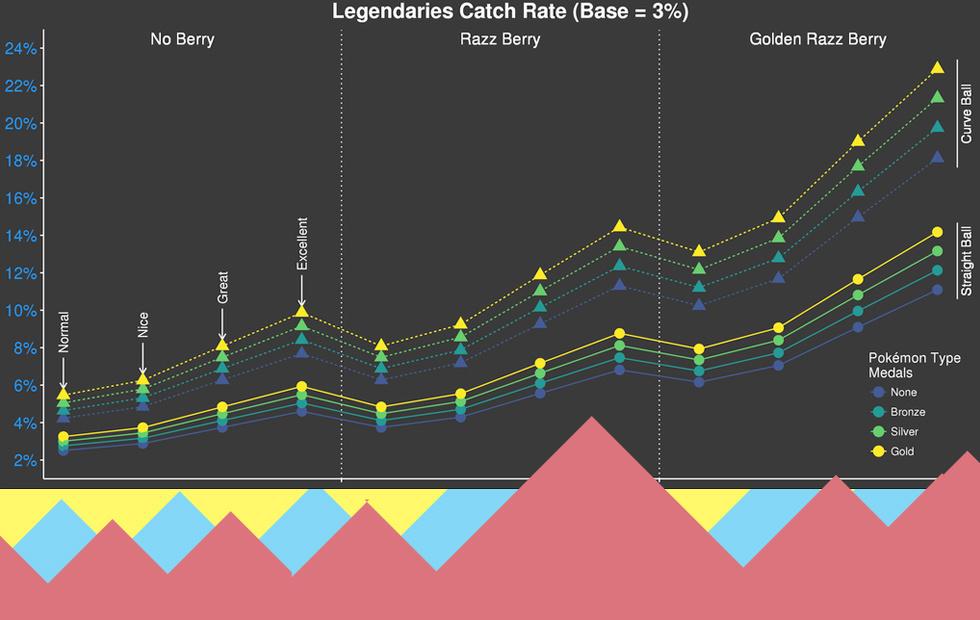 As you’ll see in the chart above from Epimetheos on The Silph Road on Reddit, the differences between bonuses of all sorts can be relatively large. The difference in catch rate for a do-nothing throw compared to an all-bonuses throw can go from 3% to 25% and above!

This doesn’t work on all Pokemon! For example an Abra – if you toss a Pokeball at an Abra and it doesn’t catch the first time, it flees. Flee rate for Abra is higher than with any other Pokemon out in the wild today. For Legendary Pokemon, you’ll more than likely get a few shots. 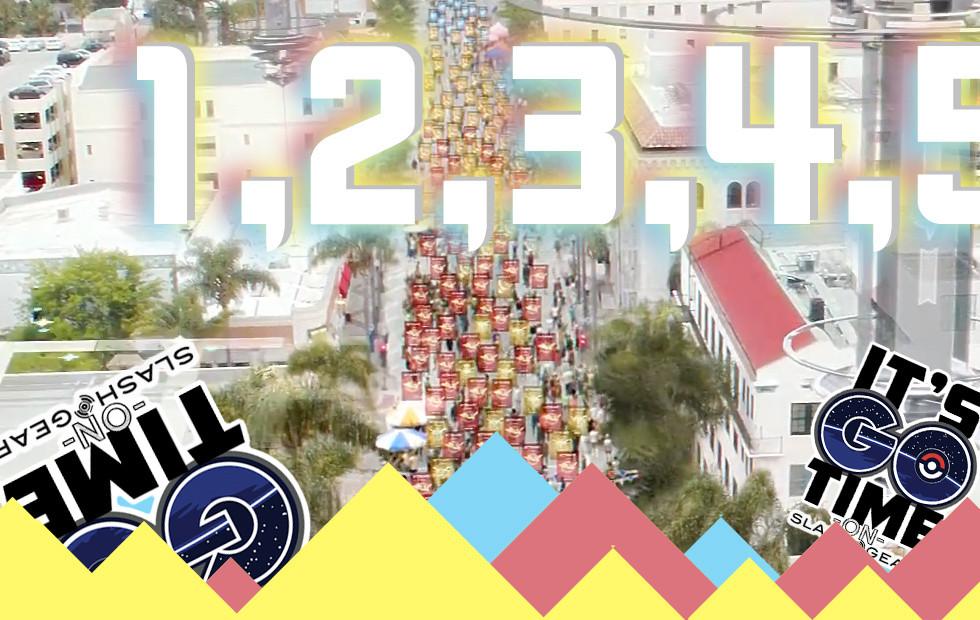 Catch rate goes up according to the number of times you’ve landed a hit – that’s each time you’ve hit the Pokemon and it went into the Pokeball, then popped back out. Catch rate is standard after 1-hit, then goes up at 4-hits, then again at 7-hits – at which point the Pokemon will probably flee immediately if not soon. BUT, if you’ve gotten to 7 hits, each of which were Excellent Throws and Curveballs, and and you’ve got a Gold Metal in the right Pokemon Types, and you throw another with the same perfection in ways and means, you’ve got a 70%+ bonus to your chances of capturing that Pokemon.

For more information on how to catch em all, and discussions therein – as well as memes, early info, and leaks aplenty, have a peek at our Pokemon Central hub. Head over to Pokemon GO Central on Facebook to take a gander!