A group of scientists have announced that they’ve found some extremely old pollution this week, picked up in an ice cap in the Peruvian Andes. Traces of air pollution, they suggest, date back to over 400 year-old mining operations that happened hundreds of miles away. Researchers suggest that this is the first clear evidence of human-made air pollution in South America from any time before the Industrial Revolution. Pollution here likely originated in what’s now Bolivia – in the Potosí mountaintop silver mines.

The city of Potosí has a rich industrial history – so rich, in fact, that the area is designated a UNESCO World Heritage site. Back in colonial times, Potosí became the largest silver mining source in the world.

Though Incas had harvested and refined silver in the area for many, many years before the Spanish landed, eventually Spanish mining activity took over, and a system of slave labor took hold.

Spanish miners brought amalgamation, and with this process of grinding down silver ore into a powder, dust happened. 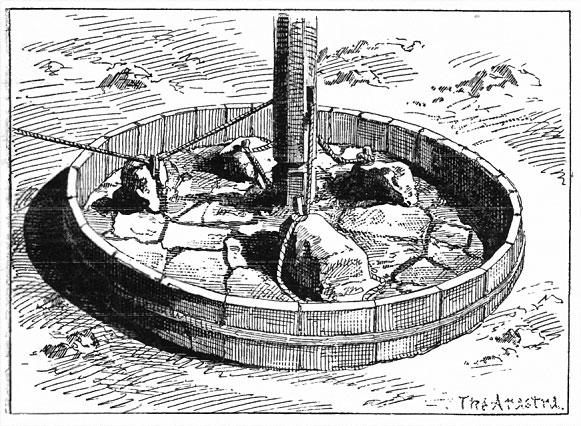 When clouds of lead-laden dust started to spread, pollution in the area was born.

“Until now, what we knew about pre-industrial atmospheric pollution was limited to the Northern Hemisphere,” said Paolo Gabrielli, a research scientist at the Byrd Polar and Climate Research Center at Ohio State University.

Gabrielli is author of the study published on the findings surrounding these bits and pieces of pollution found in this Peruvian ice cap.

“Our Peruvian record provides the first clear evidence of a large-scale pre-industrial signal of anthropogenic [human-caused] origin in the atmosphere of the Southern Hemisphere.”

“The fact that we can detect pollution in ice from a pristine high altitude location is indicative of the continental significance of this deposition,” said Gabrielli, “only a significant source of pollution could travel so far, and affect the chemistry of the snow on a remote place like Quelccaya.”

Findings here suggest – or reinforce, rather – that a “dramatic man-made impact on the environment” began to happen well before the Industrial Revolution.

“Clearly,” said Kendall Brown, a history professor at Brigham Young University in Utah, “colonial Spanish American mining was industrial in scale, and the belief that a dramatic man-made impact on the environment only began in the 18th century is a Euro-centric construct.”

NOTE: Brown was not involved in the study, but instead provided comment to LiveScience

The photo you see above comes from Paolo Gabrielli, courtesy of Ohio State University.