3D printing gets squishy with new materials from Materialise and Shapeways

Two different groups have announced their own unique kind of 3D printing material today, one of them from Materialise, the other from Shapeways. While the Materialise material is a bit more of a bendable material the company suggests could be made into such objects as purses and flexible piggy banks, Shapeways material is much more of a “squishy” sort of situation. While the difference between the two may seen slight to those who’ve not had the chance to experience either, we can’t stop our brains from pouring out the possibilities – squishy, squishy possibilities.

The Shapeways company is one that generally has users create and order models – they have you send in a model or create one with their tools, they print it, and you get it shipped to you. Creators of these objects can also sell their items through Shapeways Shops. 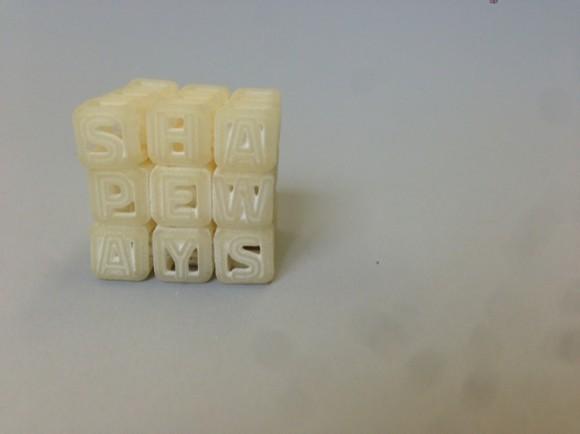 With the release of this Elasto Plastic material, Shapeways is working with “makers” – people who design 3D objects for 3D printing – to test in “one big, global 3D Printing R&D team.” Elasto Plastic is being shown and experimented here on purely pre-release terms, noting that they’re not at a final point for properties, this including both finish and color. 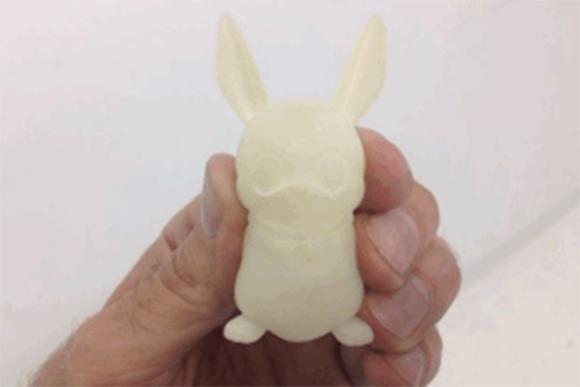 The material presents a unique new platform where creators of 3D objects can get a bit more wobbly with their experiments.

“The new, improved Elasto Plastic is a great option for Makers as it is an incredibly durable material with a lot of really interesting properties such as high impact resistance, flexibility and compression (depending on the geometry), along with a high level of static friction because of the surface texture. Though not strictly water-tight, it can hold liquids, but it does not like high temperatures or fire … and it is not so good for very small things.” – Shapeways

How about a little set of squishy toys for the ol’ Pokemon collection? Have a peek at Shapways’ video for this material and see what you make of it.

The “Rubber-Like” material from Materialise being shown this week was originally created for a dress. This dress was shown off earlier this year by Iris van Herpen while the material was, as Materialise calls it: “the first fully-functional flexible material for 3D printing.” This material is being re-shown this week because it will here, for the first time, be offered for testing by the public.

Like the Shapeways material above, this material is part of Materialise’s own 3D printing service, and wont be available for purchase outside of their setup. This material works for shock absorption, rigid-yet-bendable applications, and of course, creating a bouncy ball of sorts. The company has made it clear that this material is not as strong as rubber, but has many similar properties.