We’re not quite in a place where the world is about to collapse in on itself because guns can be printed, but we’re certainly in shooting range. A collective by the name of Defense Distributed, lead by UT-Austin law student Cody Wilson, has made it clear that they want to be the first to create a 3D-printable model of a gun that anyone can make themselves in the comfort of their own home. The problem with this (if you consider this situation to have just one problem) is that the group that’d been leasing a DD their printer didn’t agree with the idea, and have come to Wilson’s home to seize the printer before any illegal printing activities occurred.

Wilson created a promotional video surrounding the creation of the weapon they’re aiming for – a partially 3D printed AR-15 assault rifle being one example they’ve got, shown above. The video notes that “The Defense Distributed goal isn’t really personal armament.” Though arguments have been made against the group in that the final goal of the end-users of the printed objects may not fit in with their original creator’s goals, DD goes on.

“It’s more the liberation of information. It’s about living in a world where you can just download the file for the thing you want to make in this life. As the printing press revolutionized literacy, 3-D printing is in its moment.” – Wilson

The group representing the creators of the 3D printer that Wilson had on-hand up until very recently when Stratasys Inc. sent a note to the man noting that his lease would be cancelled due to their policy to “not knowingly allow its printers to be used for illegal purposes.” Though Wilson argued against their claim that he needed a federal license to manufacture firearms with a point on how he never intended to sell the arms, Stratasys was not suitably impressed, and seized the printer. 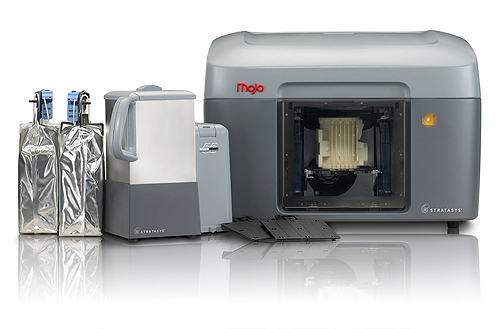 Defense Distributed has raised $20,000 online all in a bid to create a design and develop the “world’s first entirely 3D printed gun”. This weapon they call the Wiki Weapon, and it’s on it’s way.