If the main reason you’ve been holding off buying a Mercedes-Maybach is a shortage of cylinders to go with your all-wheel drive, good news: the 2022 Mercedes-Maybach S 680 4MATIC Sedan rectifies that, with the arrival of a meaty V12 to play with. Slotting in as the flagship of Mercedes’ already range-topping luxury car, it’s set to be one of the vanishingly rare twelve-cylinder options on the market.

In the process, it addresses arguably the biggest crime in luxe circles: forcing people to choose, rather than letting them have it all. Until now, you’ve been able to have all-wheel drive in the Maybach S 650 4MATIC, for instance, but only with an eight-cylinder engine. 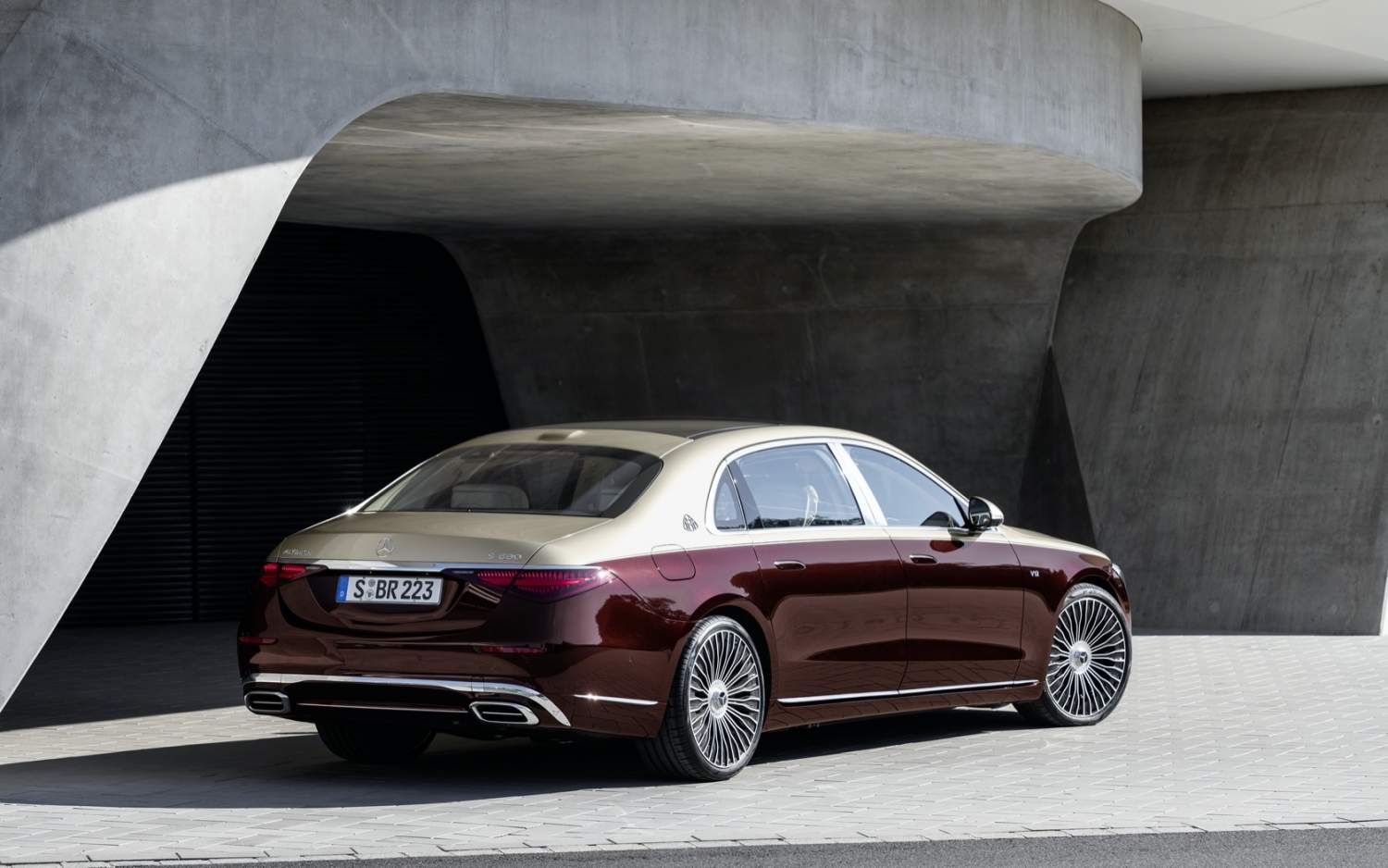 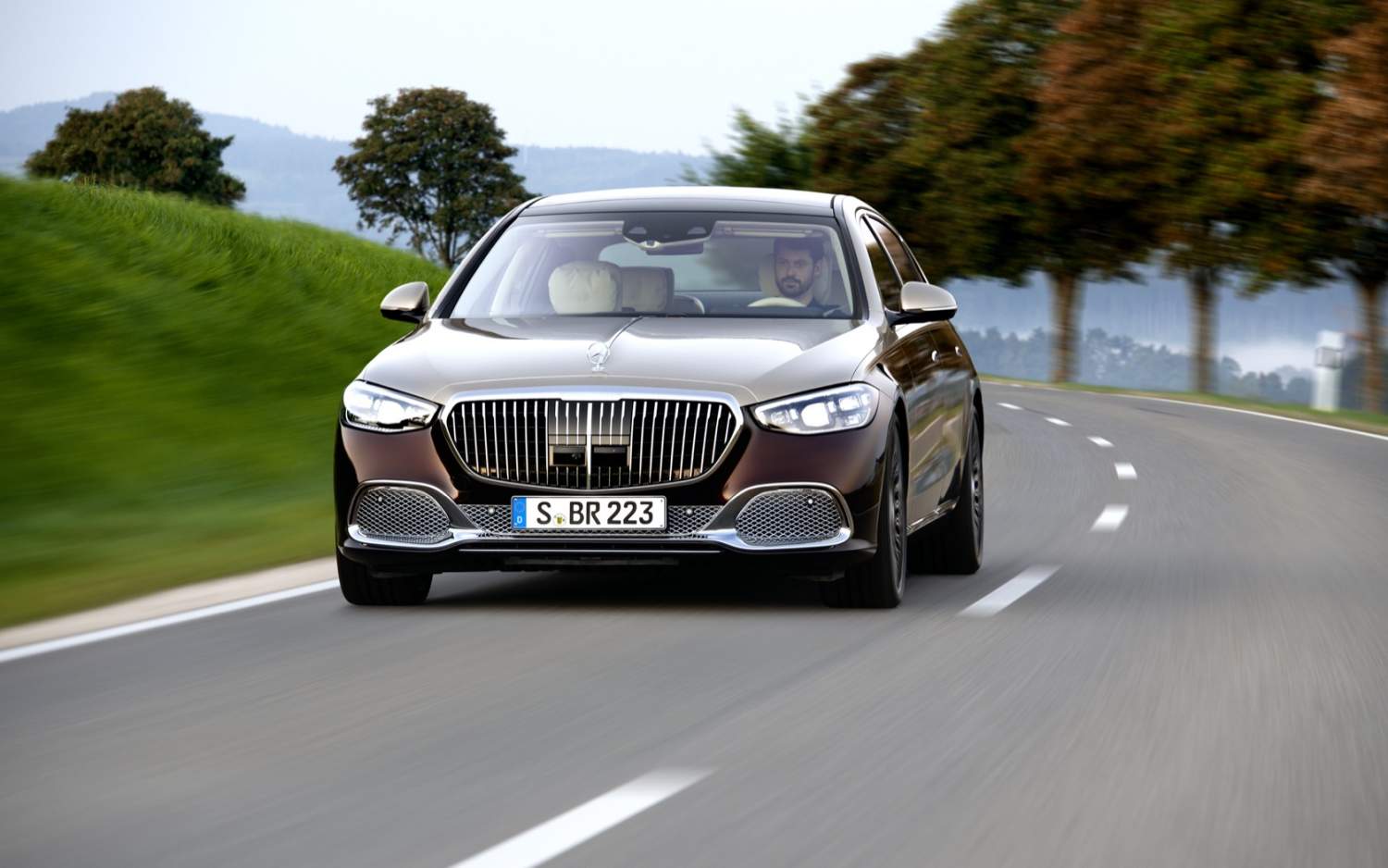 Happily for the indecisive ultra-wealthy, there’s now the best of both those worlds. The 2022 Maybach S 680 4MATIC keeps the V12 but pairs it with all-wheel drive, pushing 31-percent of the torque to the front axle and 69-percent to the rear. Active road noise compensation has been added too, part of the upgraded Bumester High-End 4D Surround Sound System, to even further squeeze out any pesky background rumble from the asphalt underneath. 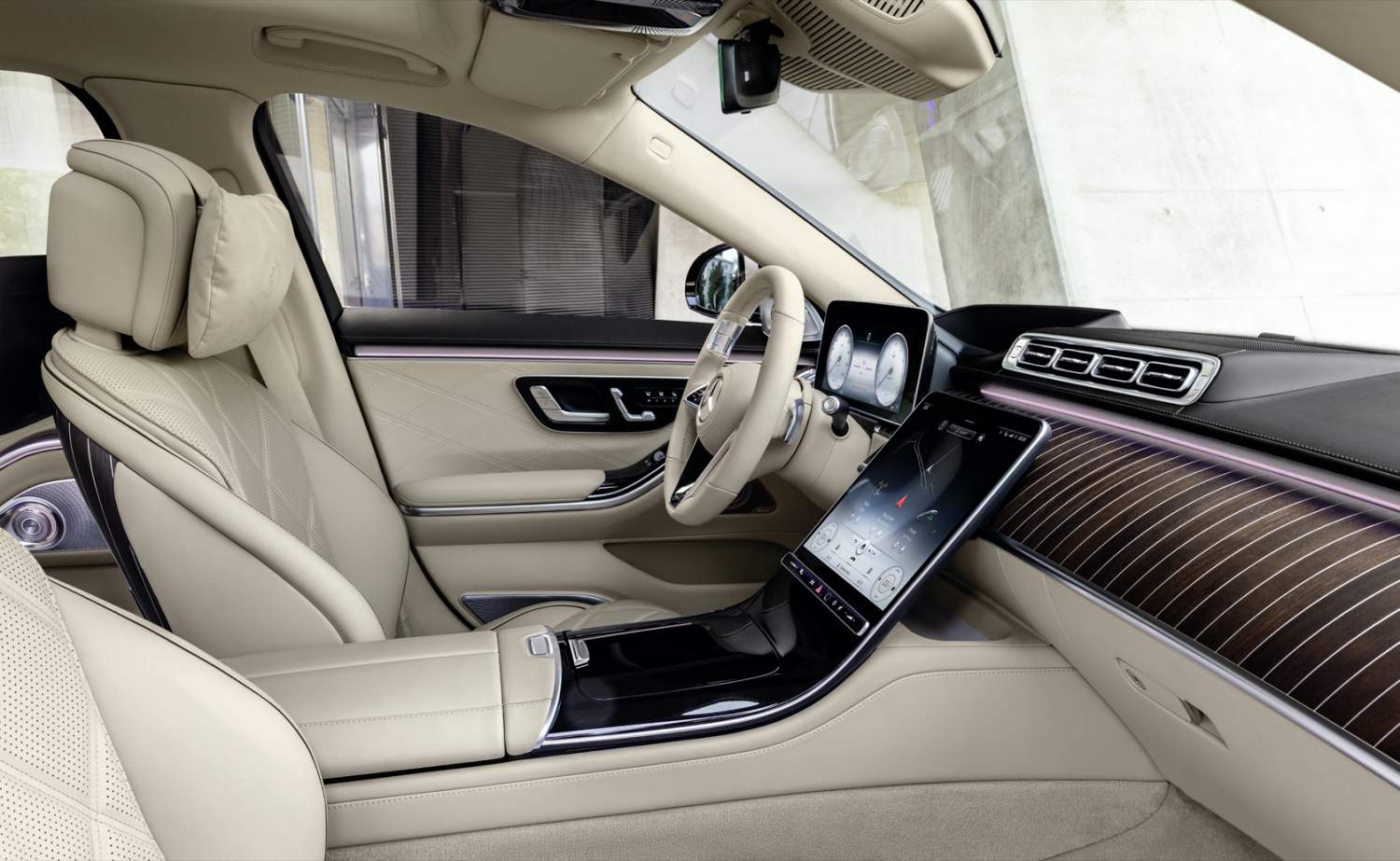 Now, it’s unlikely that anyone has plans to take their Maybach off-roading, but the addition of that extra traction does make this the fastest of the current trio. 0-60 mph arrives in 4.4 seconds, Mercedes says, with a 130 mph electronically-limited top speed. The 9G-TRONIC 9-speed automatic carries over from the other versions, as does rear-axle steering. 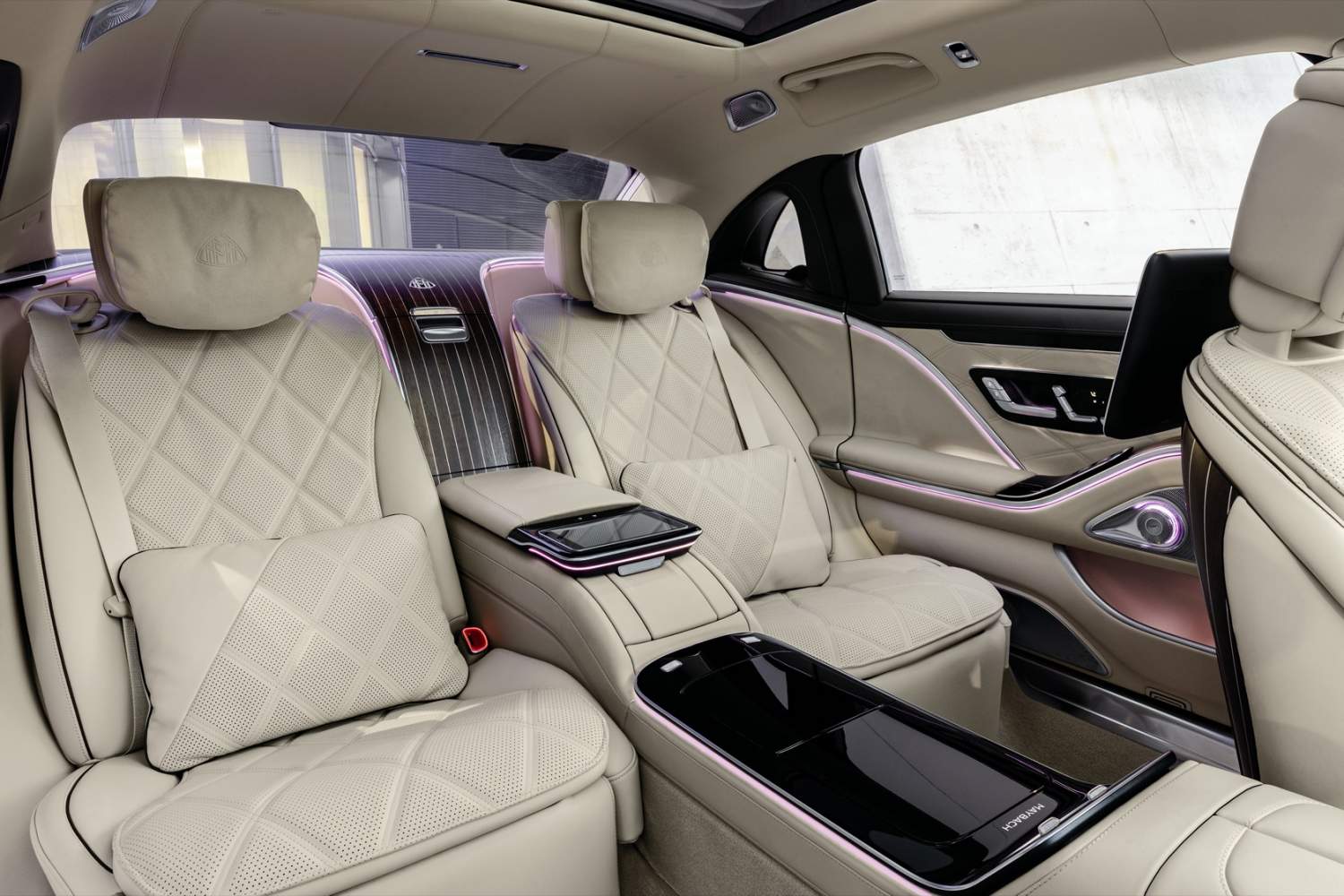 A new “Maybach” drive mode in the Dynamic Select system delivers what Mercedes describes as “maximum ride comfort and smooth acceleration” to tap that power and traction without spilling the drinks in the rear. Speaking of, there’s the option of silver-plated champagne flutes and a refrigerated compartment back there, with matching holders in the center console to keep the drinks upright. 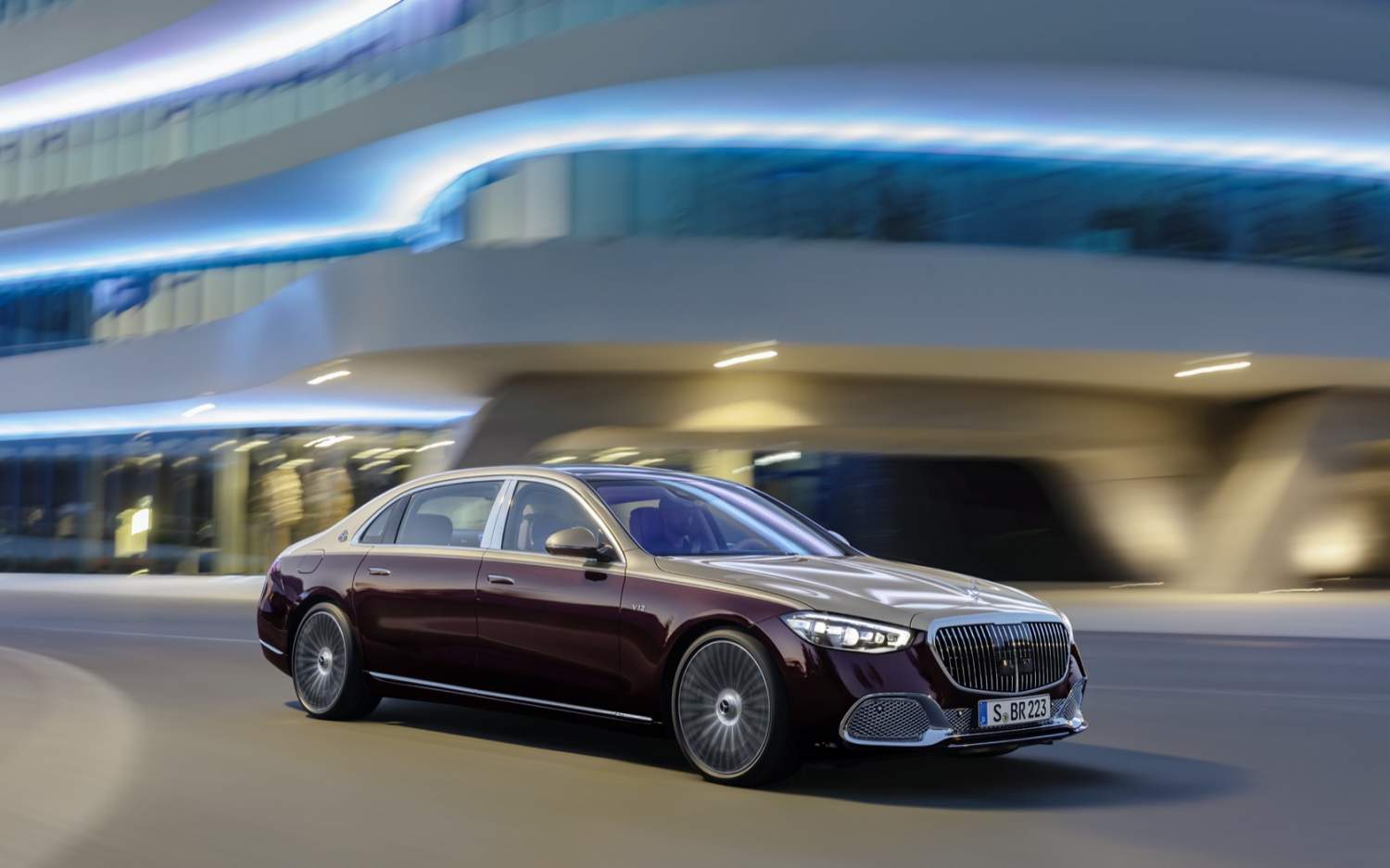 Outside, the usual Maybach design extras – including a special grille with unique mesh, and illuminated seamless door handles – are present and correct. Two-tone paint is available. Inside, Nappa Leather appears on not only the seats but the headline, dashboard, arrests, glovebox, door sills, and more. Electronically-powered rear comfort doors are available.

The automaker says that the 2022 Mercedes-Maybach S 680 4MATIC Sedan will arrive in dealerships in the US sometime in the first half of 2022. No word on pricing yet, but expect an uptick over the existing S 650.