Volkswagen is on a mission to shatter people’s misconceptions of range anxiety by engaging on an 18-day, 6,700-mile cross-country drive in its 2021 ID.4 all-electric crossover. The trip began in New York City in mid-March and ended last March 30 in Sacramento, California.

“We proved exactly what we set out to do with this drive, which was to show that with a little planning, covering long distances in an EV can be easy,” said Dustin Krause, Director of e-Mobility at Volkswagen of America. “The ID.4 performed flawlessly, and we’re hoping this trip reiterates that electric vehicle and EV charging networks are ready for the masses.” 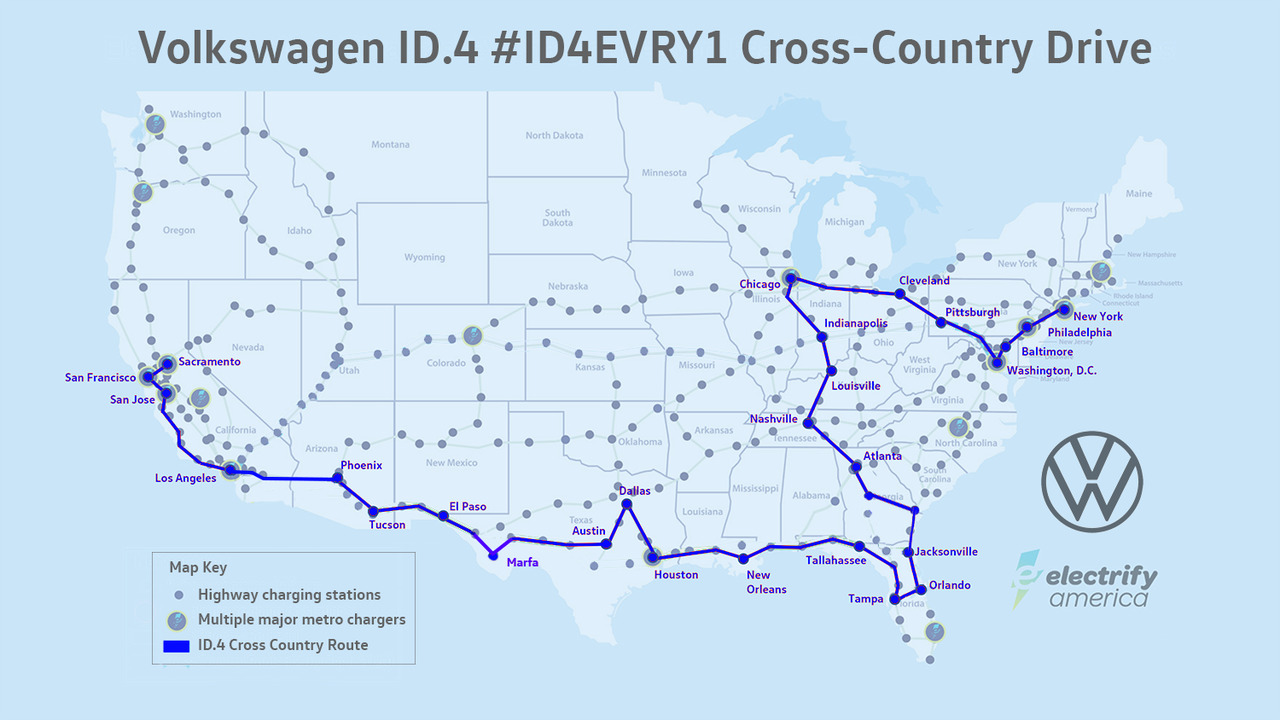 The team was behind the wheel of a 2021 VW ID.4 Pro equipped with a single rear-mounted electric motor pumping out 201 horsepower and 228 pound-feet of torque. It also has an 82 kWh battery pack, enough for an EPA-confirmed driving range of up to 250 miles per full charge. 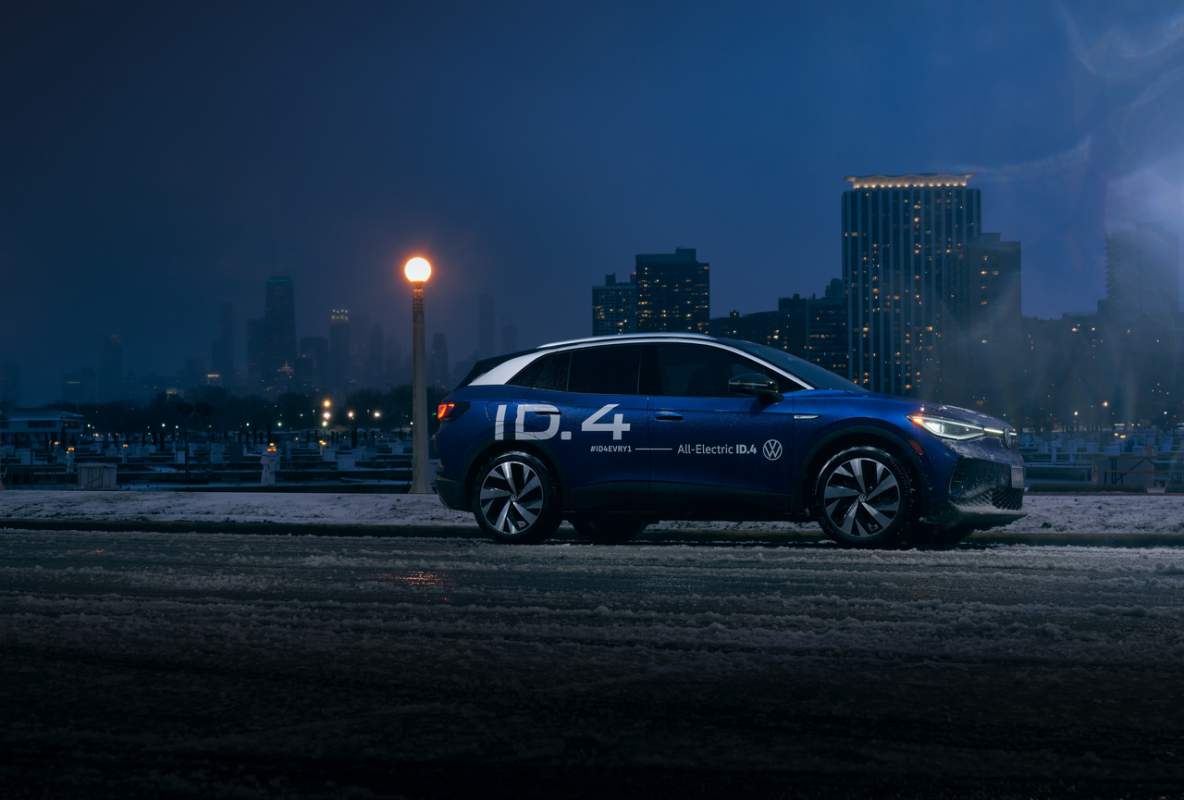 Speaking of range, the team utilized 32 Electrify America charging stations along the way, along with a couple of overnight charging stints at select hotels. Driving from New York to California in a conventional gasoline-powered car usually takes five days if you go eight hours per day on average. But if you factor in detours and sightseeing trips, you can finish the Southern route in around 14 to 16 days tops. 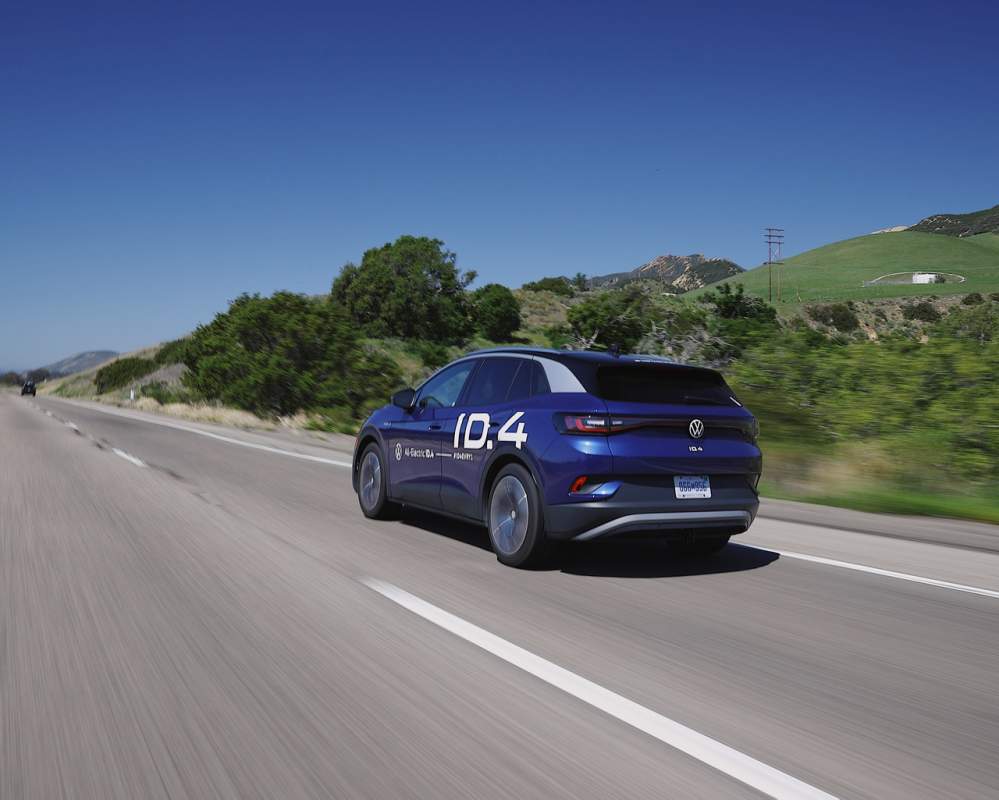 Electrify America is the largest open DC fast charging network in America, including two cross-country charging stations to take EV drivers from Washington D.C. to Los Angeles and Jacksonville to San Diego. The service is currently expanding to meet future demand and plans to install 800 charging stations and 3,500 DC fast-chargers by December 2021.

Volkswagen has an exciting proposition for its 2021 ID.4 EV. With base prices starting at $39,995 for the entry-level ID.4 Pro, available federal tax credits of up to $7,500 helps ease the pain of owning your first EV. Granted, the Tesla Model Y is quicker and has a more extended range, but the ID.4 is more affordable, costing as little as $32,500 after federal tax incentives. 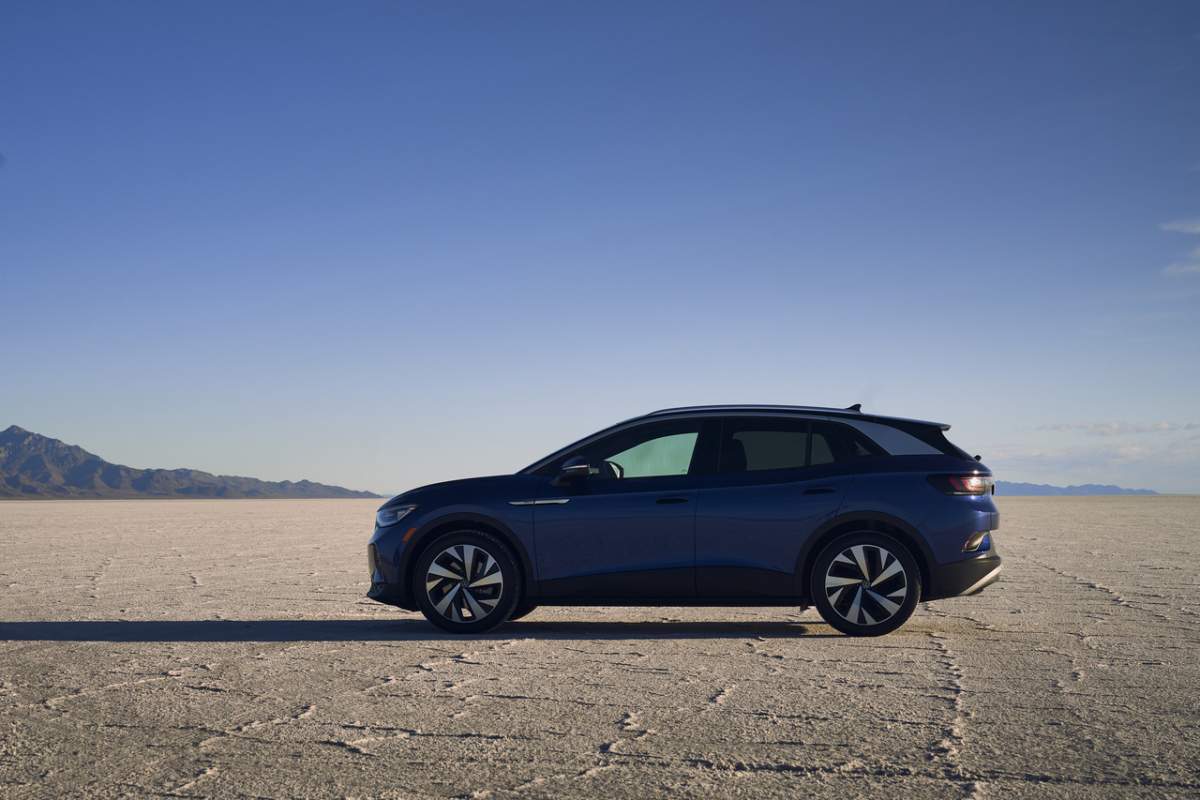 Meanwhile, the ID.4 AWD Pro starts at $43,695 (before tax credits). It adds an electric motor in the rear for an effective AWD system, with a combined output of 302 horsepower. Arriving later this year is the ID.4 1st Edition model starting at $43,995 before tax credits. All VW ID.4 models get three years of free fast-charging at Electrify America to replenish the batteries from five to 80-percent in under 40 minutes.