The Volkswagen ID.4 may not be the first electric car in the US, but it could well be one of the most important. Unveiled today, complete with pricing, estimated range, and all the tech that will be onboard, the 2021 VW ID.4 somehow manages to be both futuristic and family all in one. That, it’s clear, is entirely by intention.

The ID.4 is America’s first taste of MEB

VW is no stranger to selling all-electric vehicles in the US, but with the ID.4 you could argue it’s finally taking it seriously. The crossover is based on the MEB platform, which Volkswagen developed specifically for electric models, rather than retrofitting electrification into existing platforms as was the case with the since-discontinued e-Golf. 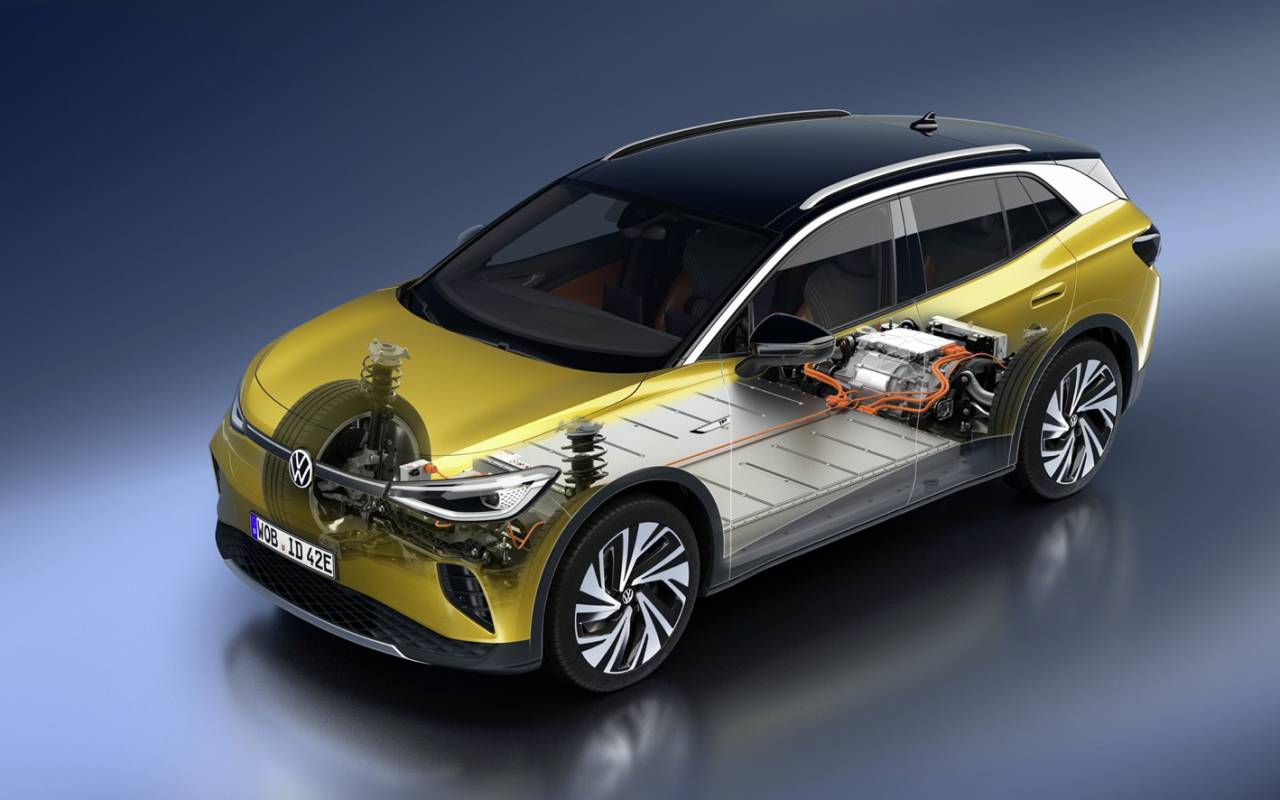 As a result, it’s taken a while for models like the ID.4 to arrive, but VW should now be able to accelerate into producing a variety of EVs across all of its nameplates. They’ll vary considerably in size, price, range, power, and features: everything from this ID.4 compact electric crossover, through to a modern-day Microbus, luxury electric sedans, and even a rumored Tesla Roadster-rivaling sports car.

The unique nature of EVs is going to require hitting reset on some automotive expectations, too. A good example of that is the brakes, with the ID.4 using both disc brakes for the front wheels, and drum brakes at the rear. That could come as a surprise to anybody who has followed the auto industry for a while and who would normally associate drum brakes with older, cheaper cars. 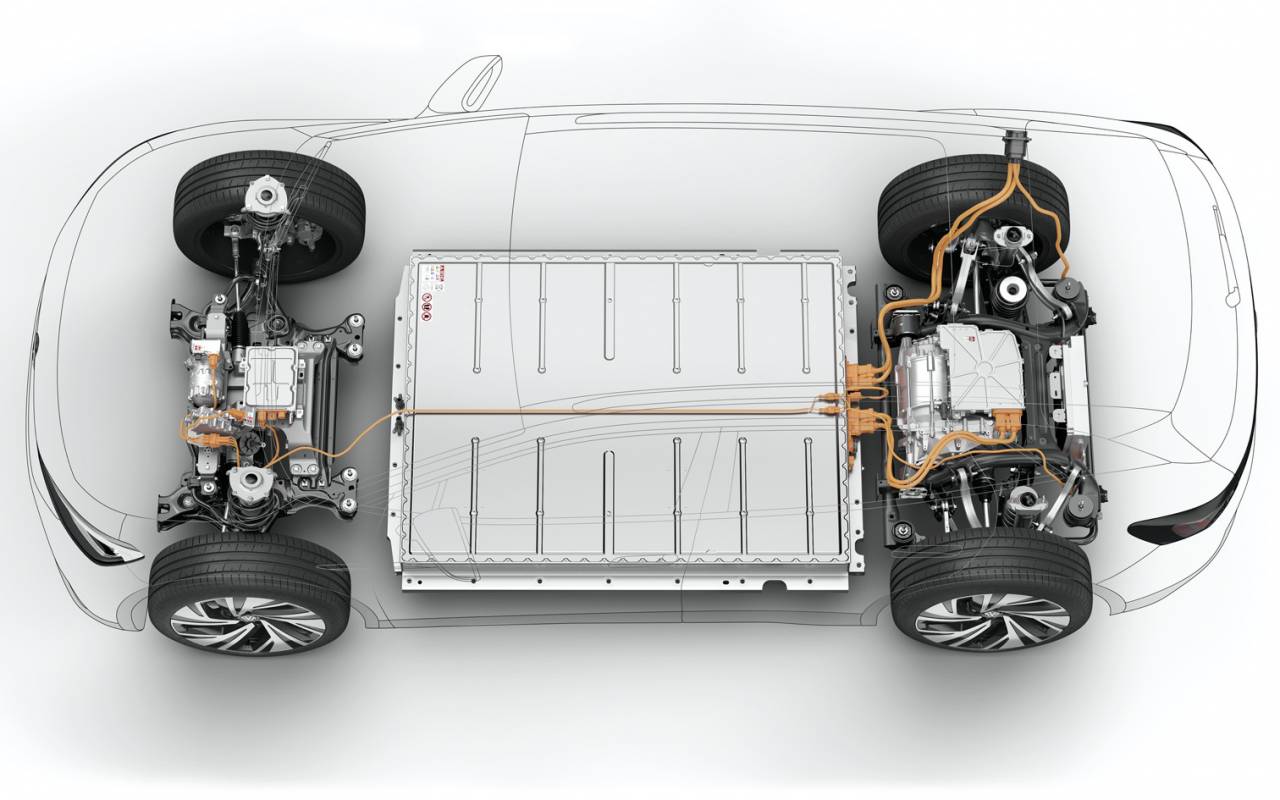 Its reasoning, VW says, is that electric cars have different needs. “As EVs rely on regenerative braking,” the automaker points out, where the electric motors act as generators to recharge the battery and slow the car, “disc brakes on the rear can be less effective than drums after long periods of not being put to heavy use.” In short, if left unused as they would be more often in an EV, disc brakes can actually end up rusting and being less efficient when you actually need them.

Most new EVs we see rely on superlatives to make them more appealing. They’re the fastest, or they have the longest-range, or the most luxurious interior. In contrast, the ID.4 looks positively… ordinary.

That’s by design. The ID.4 will have an 82 kWh battery at launch, and a rear-mounted electric motor with 201 hp and 228 lb-ft of torque. VW is estimating around 250 miles of driving on a charge, based on the EPA test cycle. 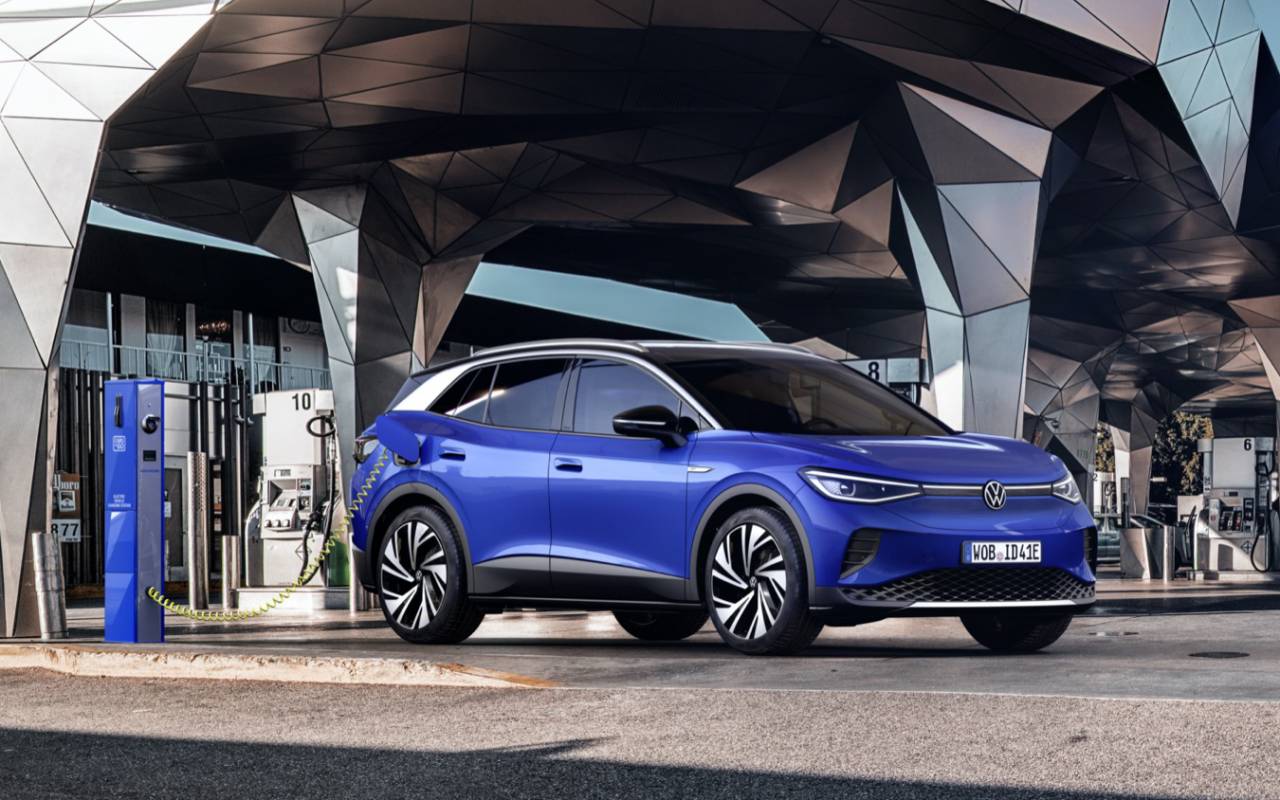 Certainly, it’s easy to find rival EVs that are faster, more powerful, or packing longer range. Volkswagen’s argument, though, is that this is the perfect package for someone looking to exit, say, a Tiguan gasoline crossover into an affordable electric equivalent.

It’s also making sure some of the common worry-points around EVs are covered, like range anxiety and fears about where to charge while on the move. ID.4 drivers will get three years of free Electrify America fast charging, enough to take the crossover from 5- to 80-percent in about 38 minutes. At home, a Level 2 charger should add around 33 miles of range in an hour, or fully charge the EV in about 7.5 hours.

Come early 2021, Volkswagen says you’ll be able to get an entry-level ID.4 for $39,995 before the $7,500 federal tax credit. If you qualify, that means it could bring the electric crossover down to $32,495 (before destination fee and any other state or local incentives that might apply). 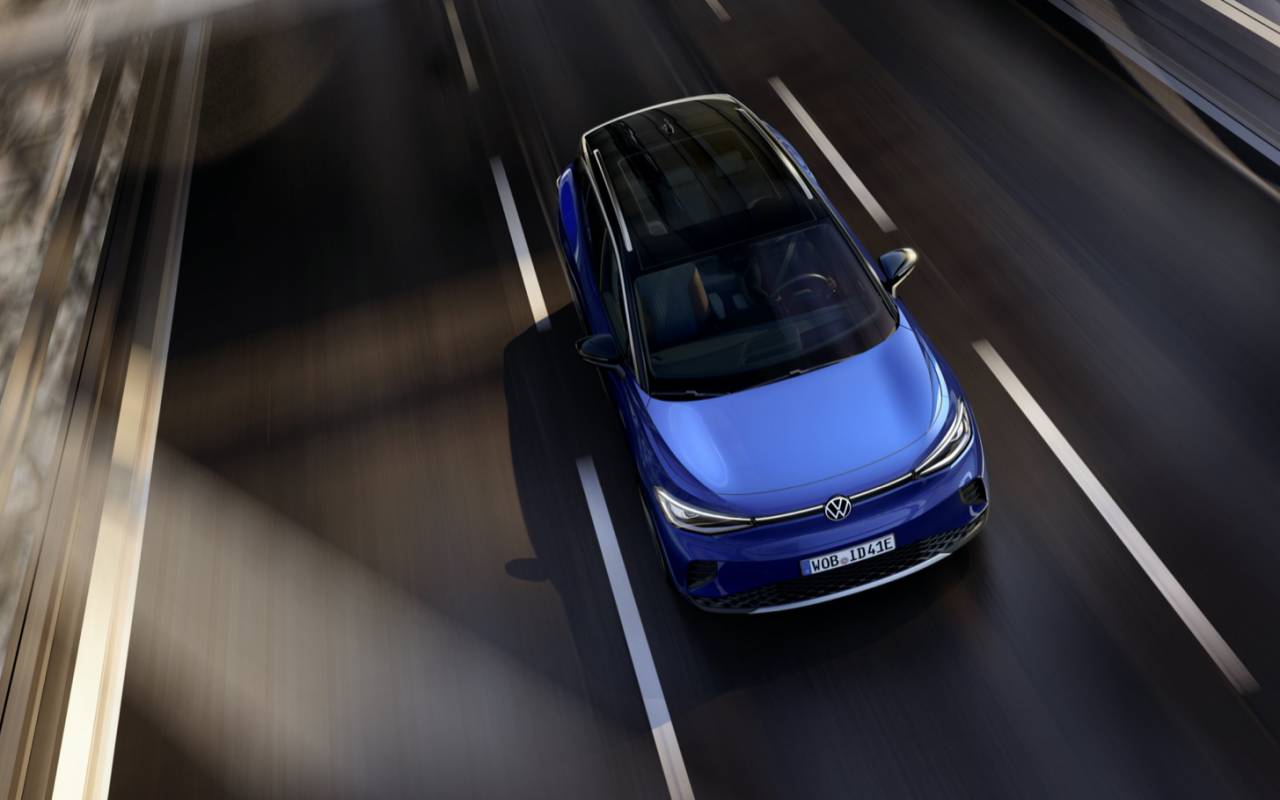 Later in 2021, meanwhile, will see the arrival of the ID.4 AWD Pro. It’ll be much the same as the ID.4 Pro, only with a second electric motor for all-wheel drive, for 302 horsepower total. Its $43,695 (plus destination; before credits) price tag will also include a heated windshield and a tow hitch, presumably because VW assumes it’ll be popular in states where inclement weather and towing requirements are likely. 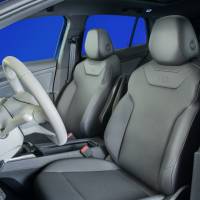 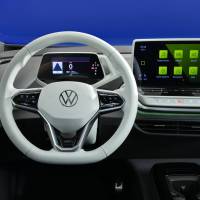 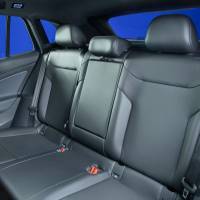 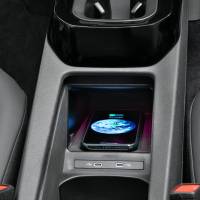 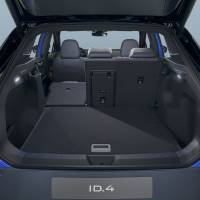 First up, though, is the 2021 VW ID.4 1st Edition. That will start at $43,995 (plus destination; before credits), and arrive in the US before the end of the year. It’ll have the same equipment as the ID.4 Pro, but add in the Statement package (but not the illuminated VW logo) and Gradient package which would otherwise set you back $4,500 and $1,500 respectively on the other trims.

ID.4 1st Edition cars will also get special accelerator and brake pedal trims – with “play” and “pause” logos – along with an Electric White finish for controls and trim like the steering wheel and column, radio bezel, and door trim. There’ll also be 1st Edition badging, black mirror caps, and a tow hitch.

VW has priced the ID.4 aggressively, but there are two factors which could change the cost of the electric crossover considerably in the next couple of years. First up is the federal tax credit, the $7,500 incentive that buyers of electric vehicles can qualify for in the US. That can knock a significant amount off the purchase or lease price of an EV.

Of course, there’s no telling quite how long VW’s federal tax credit allowance will actually last. Making things complex there is that it’s not only vehicles like the ID.4 – and, before it, the e-Golf – that count against the total sales limit, after which point the US government reduces the incentives over the course of 12 months. Electrified vehicles from all Volkswagen Group brands, including Audi and Porsche, count toward the target too. 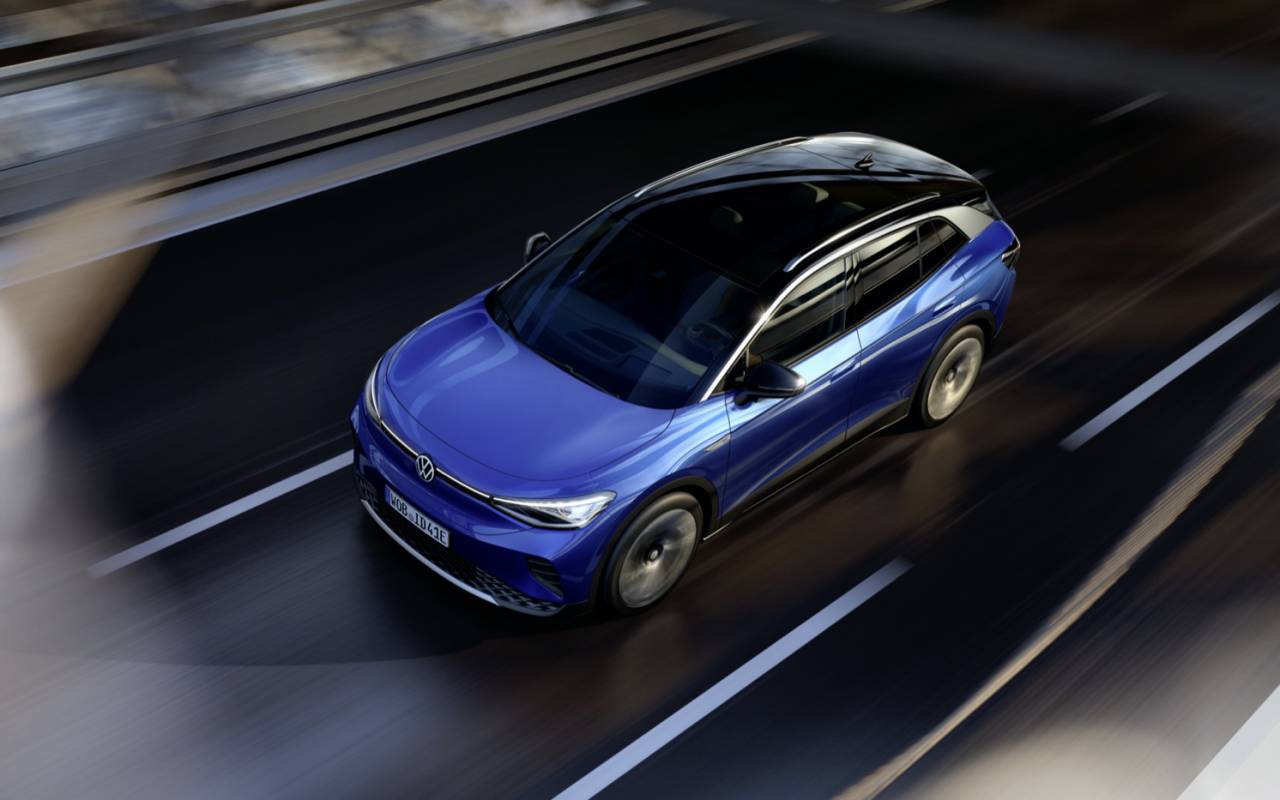 What VW is doing to help eventually offset that incentive reduction is work to cut the initial price of the ID.4. Initially, the crossover will be produced at its Zwickau factory in Germany, and shipped over to North America. However come 2022, the intention is to produce the EV locally, at the Volkswagen Chattanooga Assembly Plant.

That’s being upgraded to support EV manufacturing, and it could help VW make a cheaper version of the car. In fact, the automaker expects the localized, North American-made ID.4 to start from around $35,000 before any credits or incentives that may remain.