Toyota has priced up its 2021 Supra line-up, including confirming just how much the new entry-level Supra 2.0 will cost to put on your drive. Announced earlier this year, the new inline-4 turbo Supra may have less power than its six-cylinder sibling – which is actually getting a horsepower bump for the 2021 model year – but there are some very good reasons why it might be the Supra to pick.

255 horsepower arrives between 5,000 and 6,500 rpm, while the 295 lb-ft of peak torque comes in from 1,550 rpm to 4,400 rpm. 0-60 mph should land in 5.0 seconds, Toyota says, while the top speed remains at the electronically-limited 155 mph. It also uses the same 8-speed automatic transmission, Toyota not yet having yielded to enthusiast demands and added a manual option. 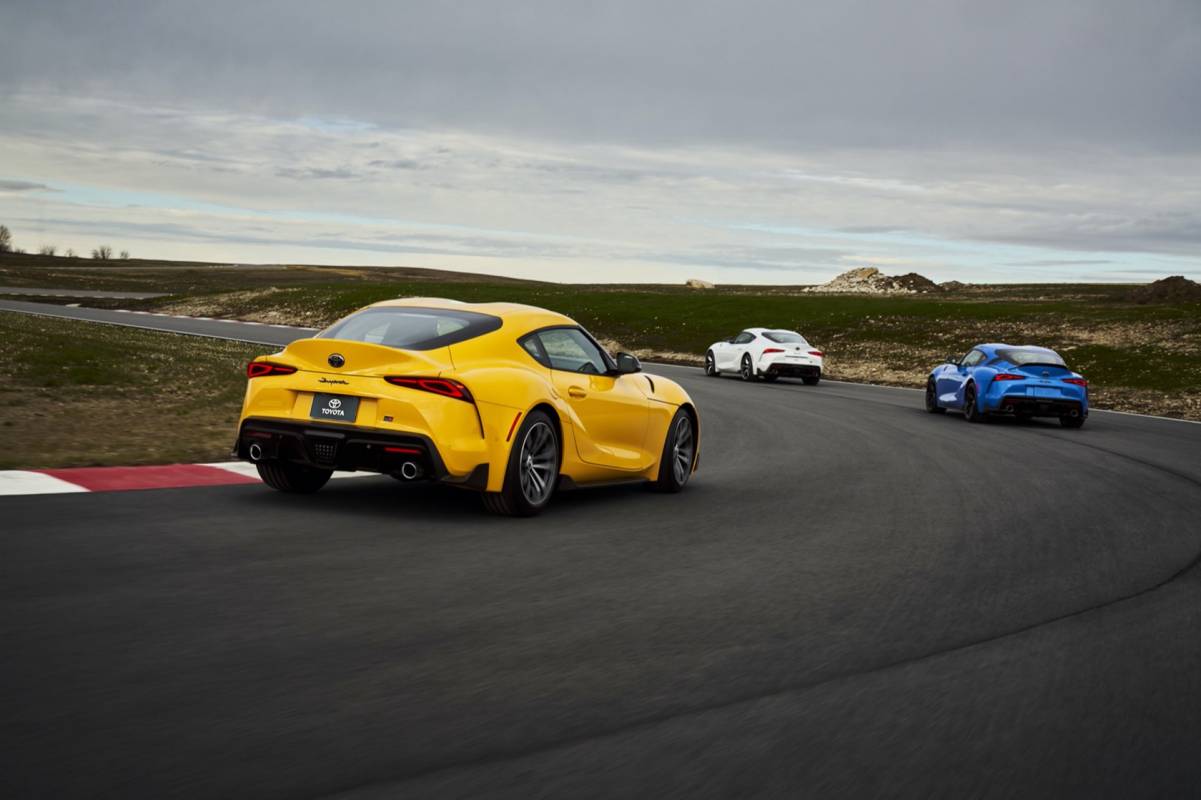 What may make the difference – and sway some to the cheaper, lower power Supra – is the weight. The 2.0-liter coupe is over 200 pounds lighter than its 3.0-liter cousin, and that’s not just down to the smaller engine. Toyota says its smaller front brake rotors – with single-piston calipers rather than four-piston – the absence of an Active Differential and Adaptive Suspension, and a simpler four-speaker audio system, six drivers less than the Supra 3.0 gets as standard, all help spread the weight loss around. The Supra 2.0 also has manual-adjusting seats, rather than 14-way power-adjustable. 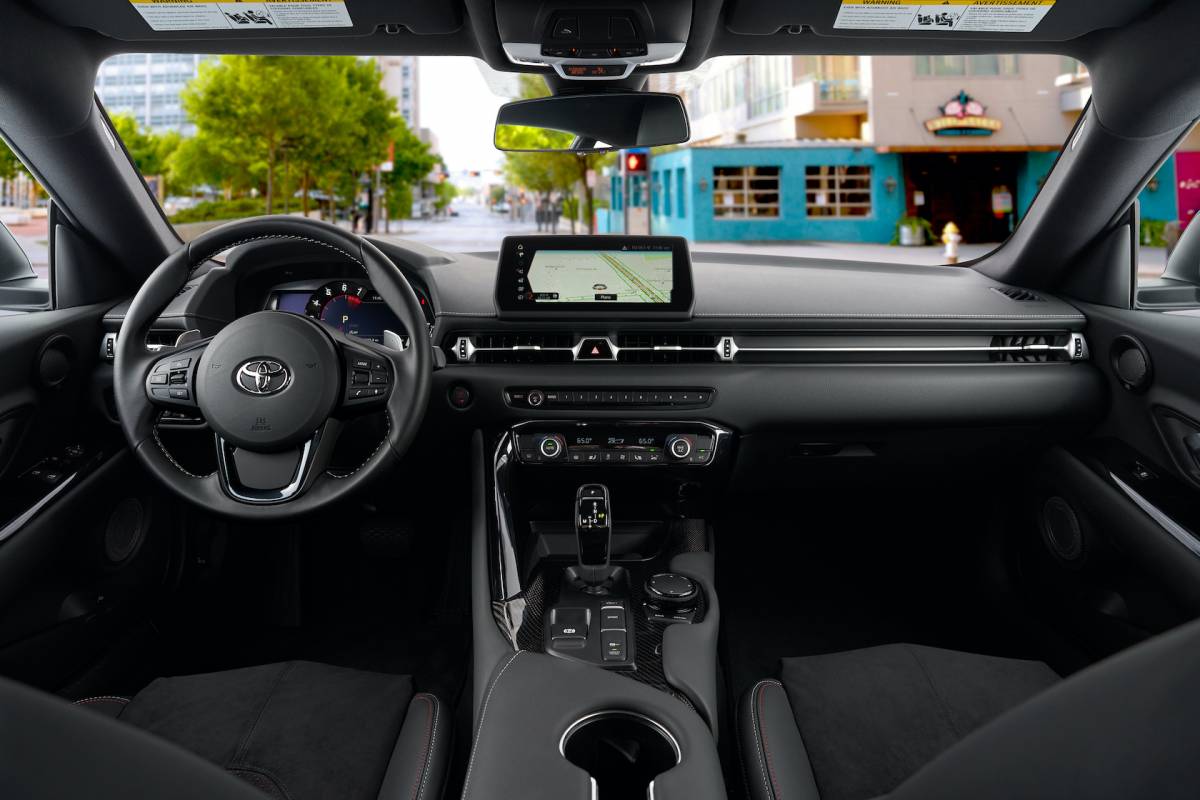 As for the 2021 Supra 2.0, that will start at $42,990 plus destination. That’s unexpectedly affordable, especially when you consider that its BMW counterpart, the Z4 sDrive30i convertible, starts at just shy of $50k. 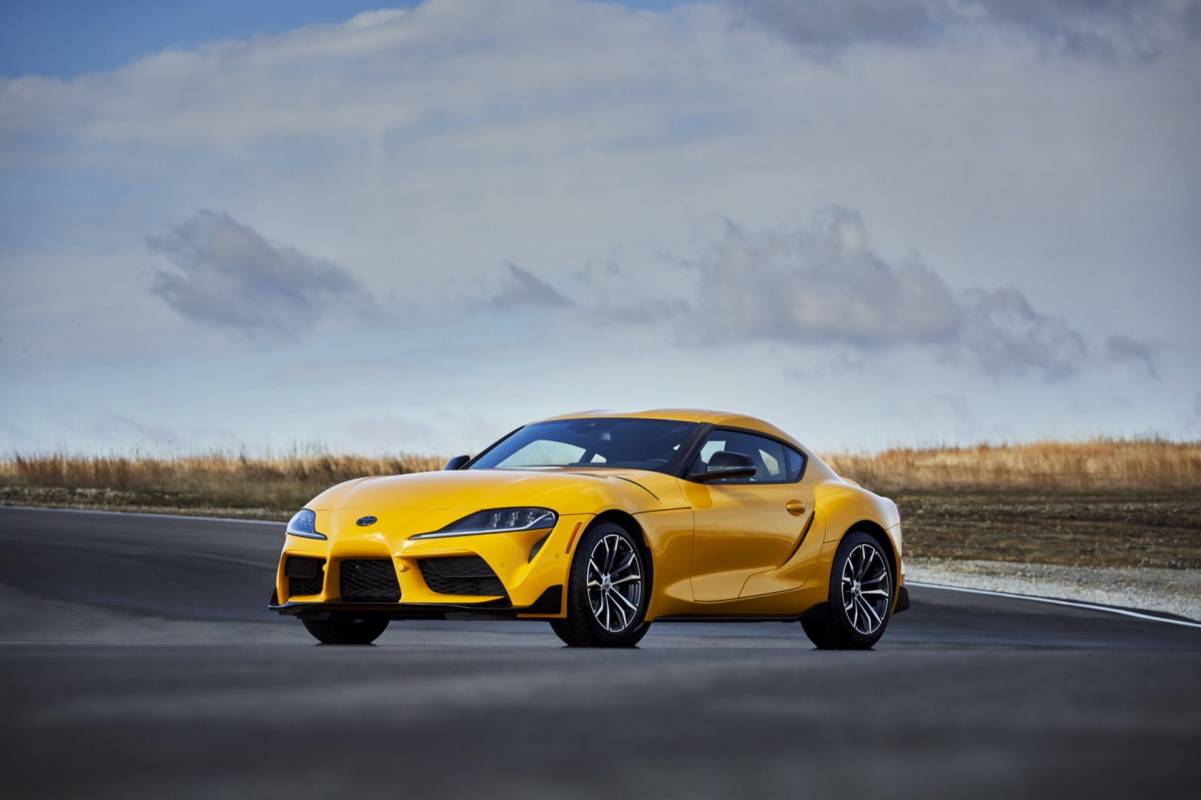 Fresh for the 2021 model year on both 2.0 and 3.0 cars will be the Safety & Technology Package. It’ll cost $3,485 on the Supra 2.0 and $3,155 on the Supra 3.0, and include adaptive cruise control, blind spot monitoring, rear cross traffic alerts, parking sensors, navigation, and a 12-speaker JBL audio system with 500 watts. It’ll also throw in wireless Apple CarPlay and four years of the Supra Connected Services which include things like map updates, remote services, and stolen vehicle locator.

The Driver’s Assist Package will only be offered on the 2021 Supra 3.0, at $1,195. It pulls out the adaptive cruise control, blind spot monitoring, rear cross traffic alerts, and parking sensors from the more expensive package. The 2021 Supra should arrive in US dealerships over the summer.