The new Rolls-Royce Ghost aims for the impossible

The 2021 Rolls-Royce Ghost is the automaker’s interpretation of “Post Opulent” luxury though, with a V12 engine and a cabin lavish enough to put most other cars to shame, you might not come to the same conclusion yourself. Still, the British company is taking no chances when it comes to getting the new Ghost right: as the successor to what proved to be the most successful model in Rolls-Royce history, it needs to be perfect.

First-generation Ghost drivers, Rolls-Royce says, were asking for a slightly smaller, and less ostentatious car. Minimalistic, in fact, where the Phantom is unabashedly lavish. The result is a ground-up redesign, where only the Spirit of Ecstasy and the branded umbrellas were carried over. 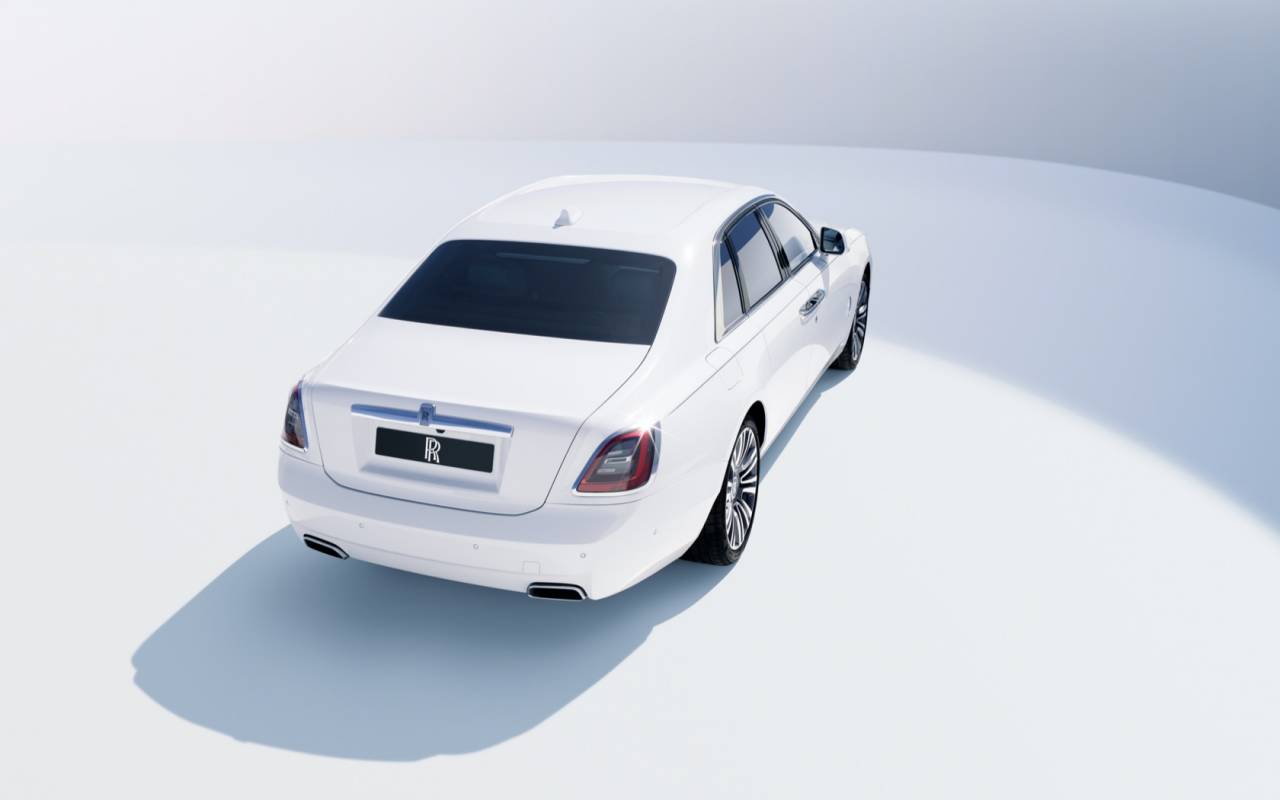 The new Ghost uses Rolls-Royce’s unique aluminum space frame – not shared with any BMW family product – as in the Phantom and Cullinan. The car is 89mm longer than before, and a little wider too, helping position the 6.75-liter twin-turbo V12 in the perfect place for a 50/50 weight balance. All-wheel drive and all-wheel steering are included, along with a completely new Planar Suspension System.

That, Rolls-Royce says, offers the perfect balance of “Magic Carpet Ride” and more engaging dynamics when you prefer that. All the better for making the most of the V12’s 563 horsepower and 627 lb-ft of torque. Peak torque arrives from 1,600 rpm, but clever engineering keeps even more engine noise out of the cabin than before. 0-60 mph comes in 4.6 seconds. 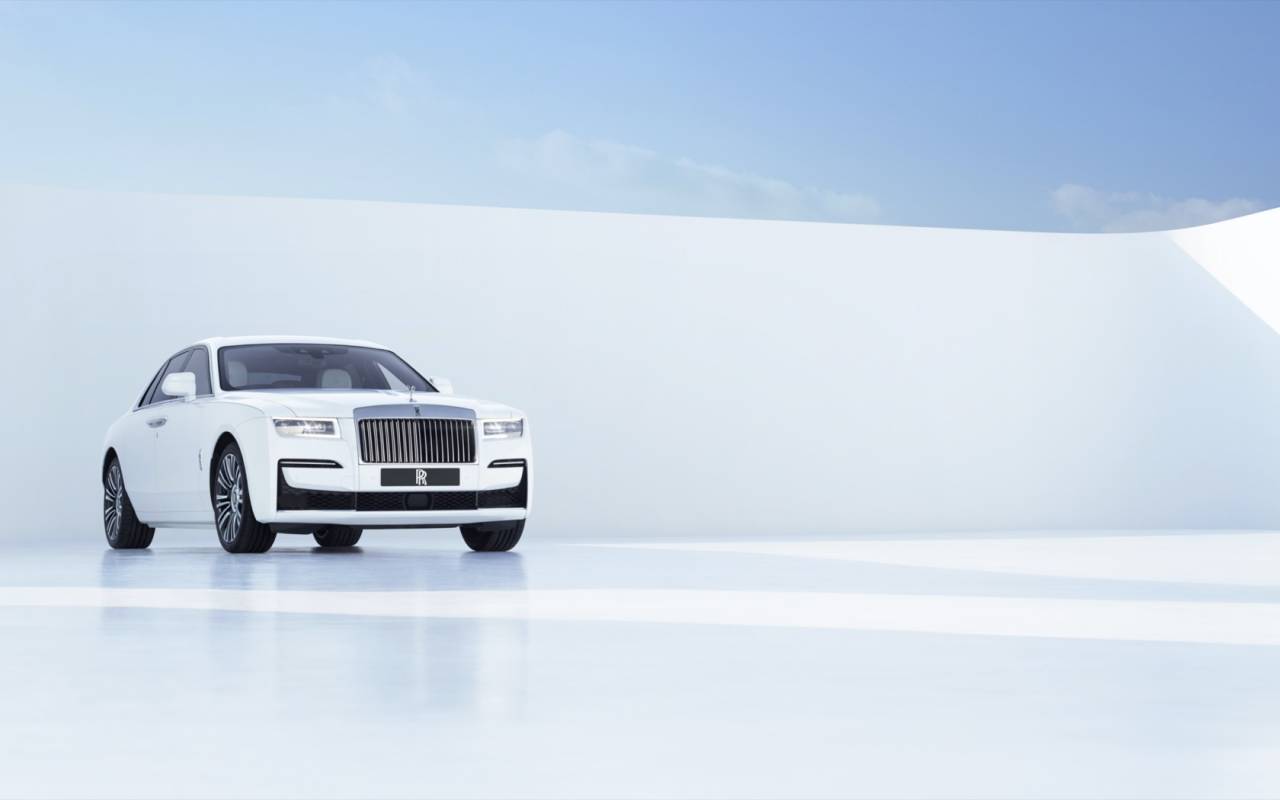 As you’d expect, the technology is all present, but working quietly in the background. Two road-scanning cameras, for example, work alongside the satellite-aided transmission to prepare the suspension and gearbox for the bumps, twists, and turns of the route ahead. New electronically-controlled shock absorbers and self-leveling air suspension have been used. 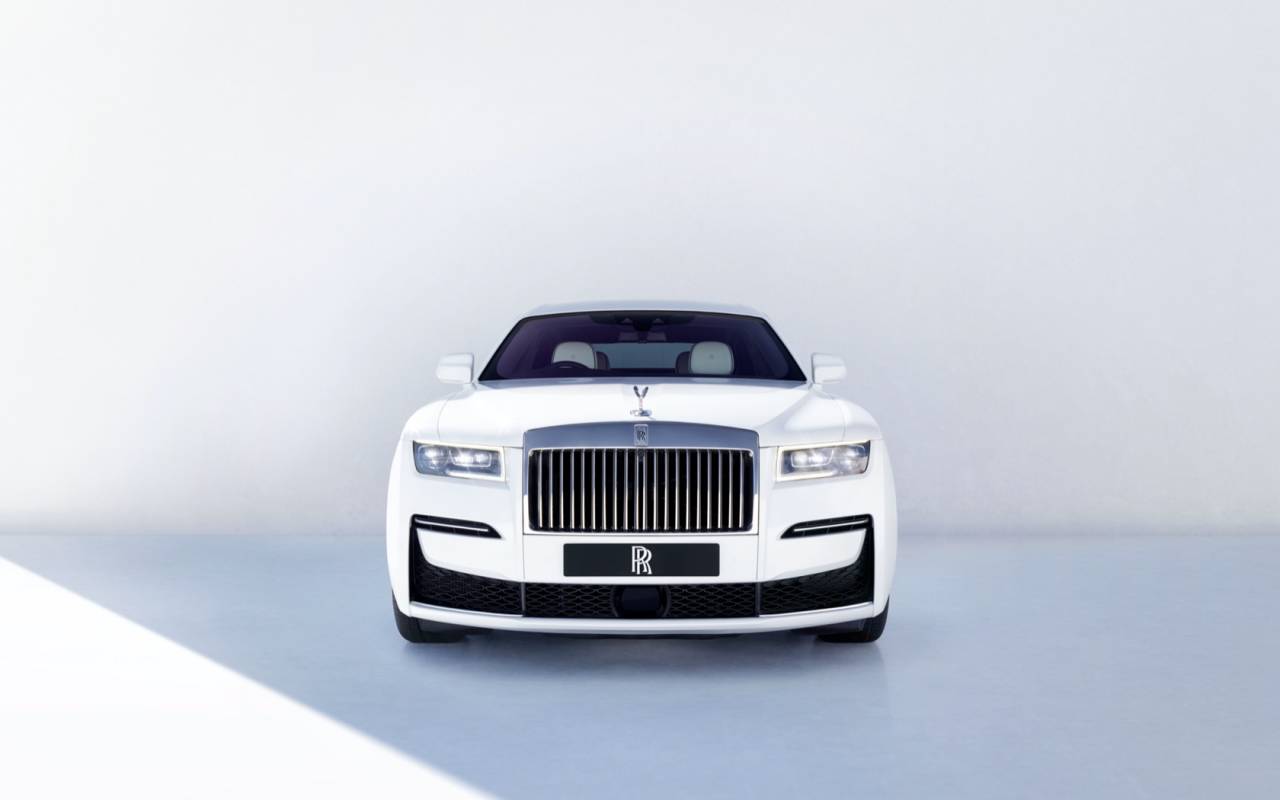 LED and laser headlights are used, along with night-vision assistance, self-parking, and 360-degree cameras. Active cruise control with lane-keeping is included as well, and there’s a subtly-illuminated front grille using a bank of LEDs under the top edge. 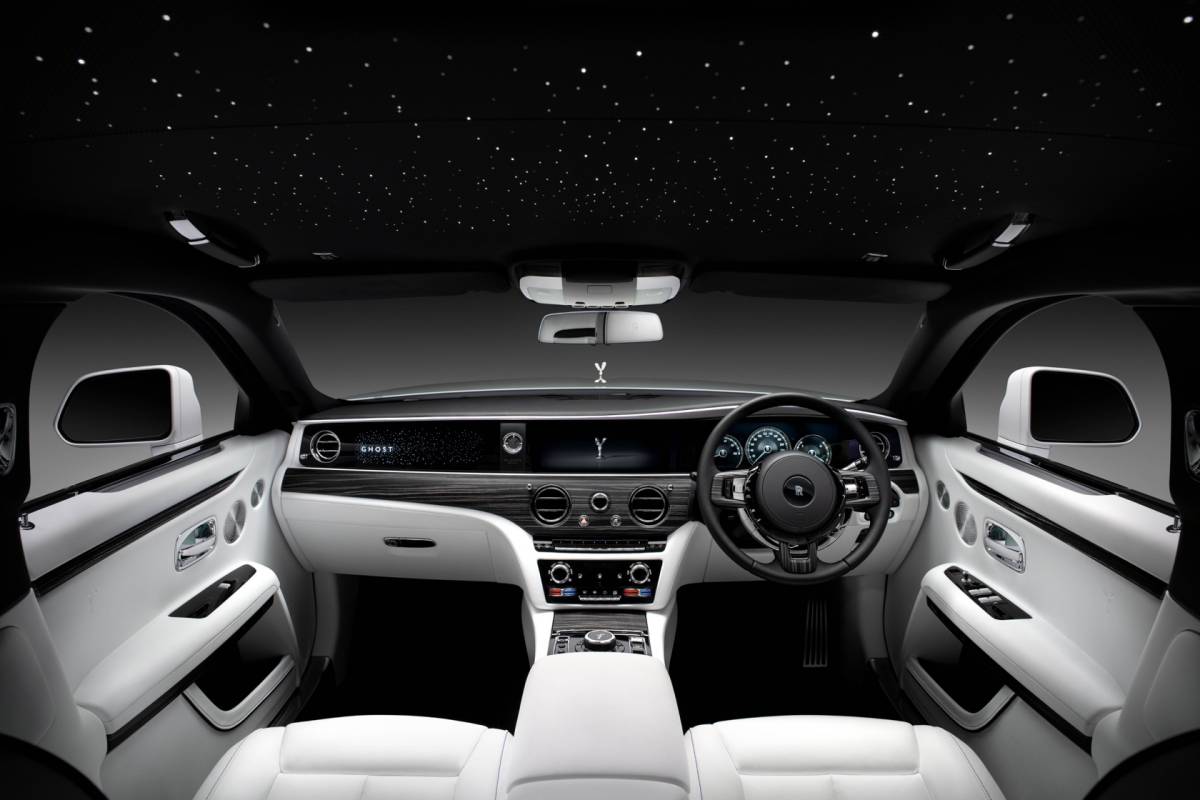 Like before, you can close the doors with the push of a button; new on the 2021 Ghost, you can also open them electrically too. Inside the air-purified cabin – which Rolls-Royce says can have nearly all of its ultra-fine particulates removed in under two minutes – there’s what the company describes as “authenticity of materials rather than overt statement.” 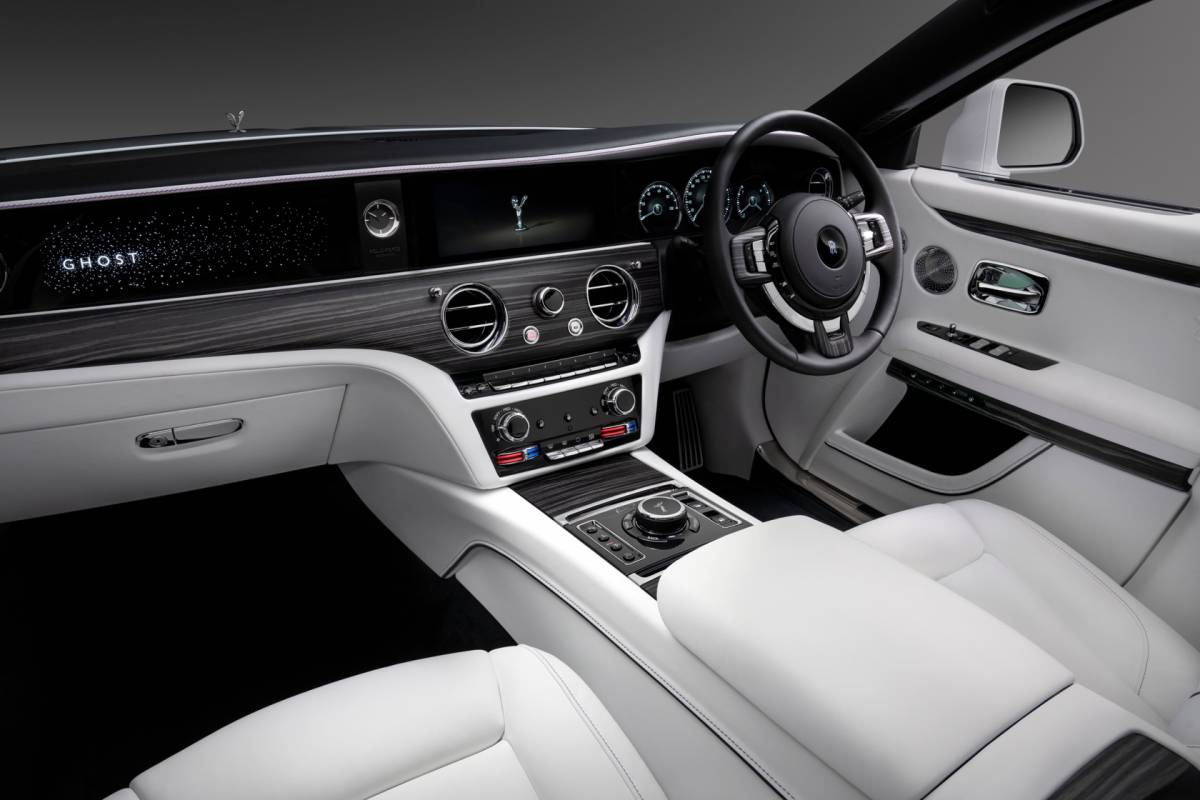 That still includes plenty of high-end materials: 20 half-hides split into 338 panels; open-pore wood; real metal; and glass. The bespoke audio system delivers 1,300W through eighteen speakers, including bonded drivers to the Starlight Headliner to turn the whole roof into a speaker on its own. Twin microphones monitor how the different audio frequencies are performing, and can adjust the amp to suit. 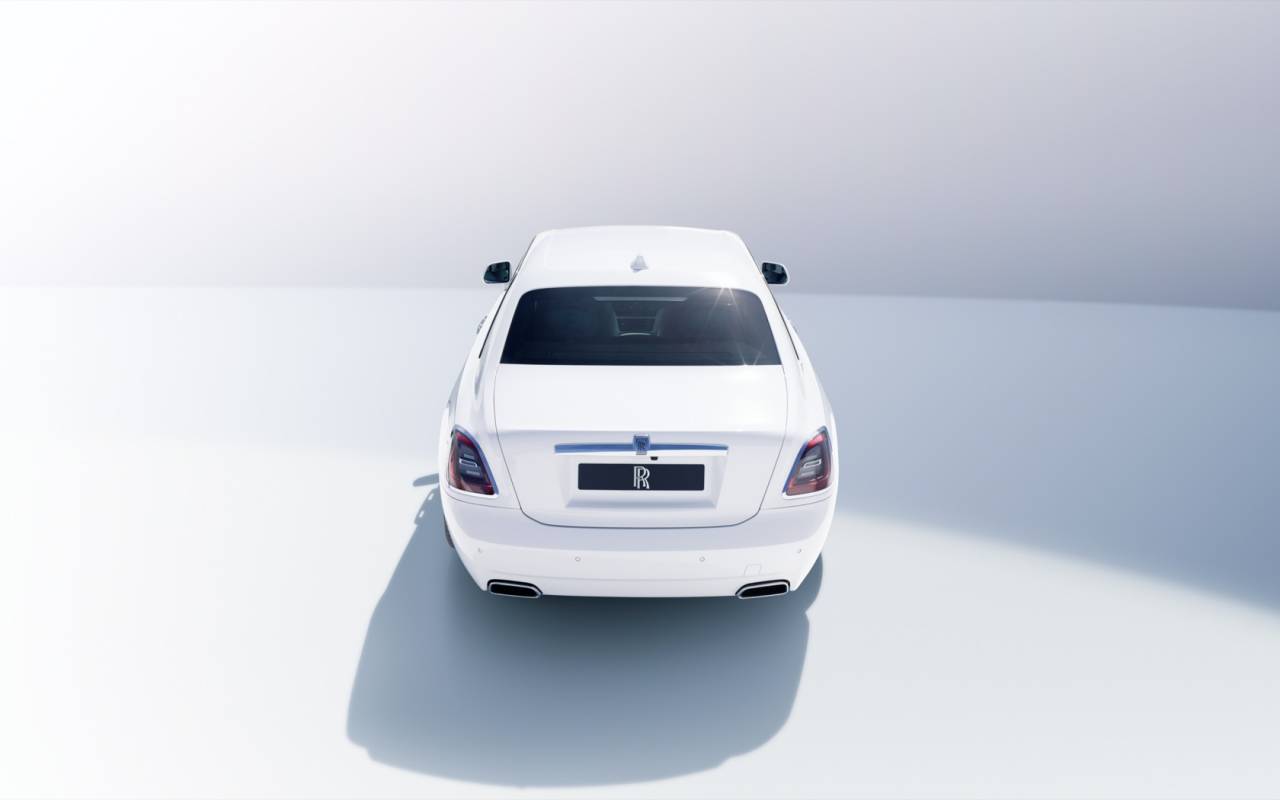 152 LEDs above and beneath the dashboard, diffused with more than 90,000 laser-etched dots, creates a twinkling appearance. The result is a car, Rolls-Royce says, that feels as special as you’d expect given the luxury price tag, but without being too loud about it.

Pricing starts at $332,500, though of course that’s just the kicking-off point for what’s inevitably going to be a well-customized car. Even as Rolls-Royce aimed for a more subtle interpretation of modern luxe, some owners are likely to go all-out when it comes to personalization. Initial deliveries will begin early in 2021.