Porsche is getting ready to offer an aggressive-looking 911 Turbo S with a new Sport Design package. The new package is expected to be an option for the 911 Turbo S and looks good on the Lava Red 911 Turbo S Cabriolet seen in the images here. The new Aerokit comes on the heels of Porsche announcing last month the 2020 Porsche 911 SportDesign and Aerokit for the normal 911.

The 911 Turbo S Aerokit includes a new front splitter and an active rear spoiler that has a pair of side winglets for an aggressive look. The image of the back of the Cabriolet shows the matte black section of this spoiler sitting directly on top of the orange spoiler with winglets. The image from the front of the car shows that the matte black section is the active portion that can extend up and down depending on needs.

The details on the package are unavailable, but the enhanced aerodynamics are expected to give the car more stability at high speeds. What is known about the 2021 Porsche 911 Turbo S is that it will use a 3.8-liter flat-six makes 640 horsepower and 590 pounds-feet of torque. In Cabriolet trim, the car reaches 62 mph in 2.7 seconds and has a top speed of 205 mph. 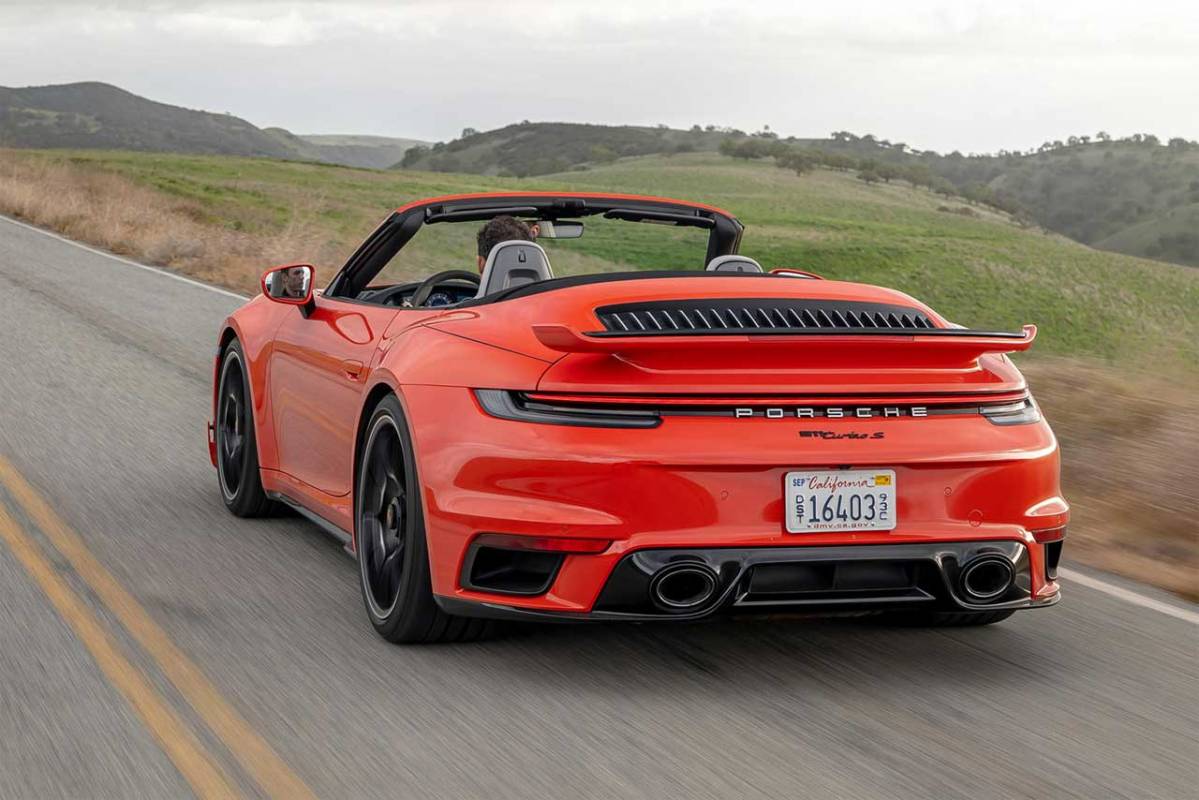