It’s been a while since Mercedes-AMG gave us a new Black series, but the wait is finally over. The 2021 Mercedes-AMG GT Black has finally shown its sinister face. The German carmaker recently posted a short video teaser on YouTube, and it featured its newest GT Black series in all its racing-inspired glory.

The AMG Black series is a rare species. Over the years, we only got the pleasure of seeing Black versions of the SLS AMG, SL65, and the C63 coupe. But ever since editor-in-chief Vincent Nguyen drove the Mercedes-AMG GT R Pro in April last year, we knew the next Black series would be based on its GT sports car.

If the person in the video looks familiar, you’re right. It features popular Youtuber Shmee150 – less popularly known as London-based vlogger Tim Burton – breaking inside the Mercedes-AMG factory. Of course, the main target is the newest GT Black series, and Shmee150 proceeded to ‘steal’ the car ala grand theft auto and took it for a spin.

While the visual dramatics are awesome enough, it’s hard not to notice what’s in store. The 2021 Mercedes-AMG GT Black is touted as the most powerful production AMG vehicle. Rumor has it the vehicle will have a high-strung 4.4-liter twin-turbocharged V8 motor with up to 700 horsepower.

Mercedes-AMG’s been testing a camouflaged version of the GT Black series in the Nurburgring since last year, and a little bird told us the car is fast enough to complete a lap in under 7 minutes.

Awesome, right? In terms of styling, the GT Black is unmistakably a Mercedes GT, but it receives a couple of bespoke exterior components. For instance, the massive Panamerica front grille is lifted from the AMG GT3 racing car. It also has additional air intakes and canards on the corners of the front bumper along with a low-riding front splitter. 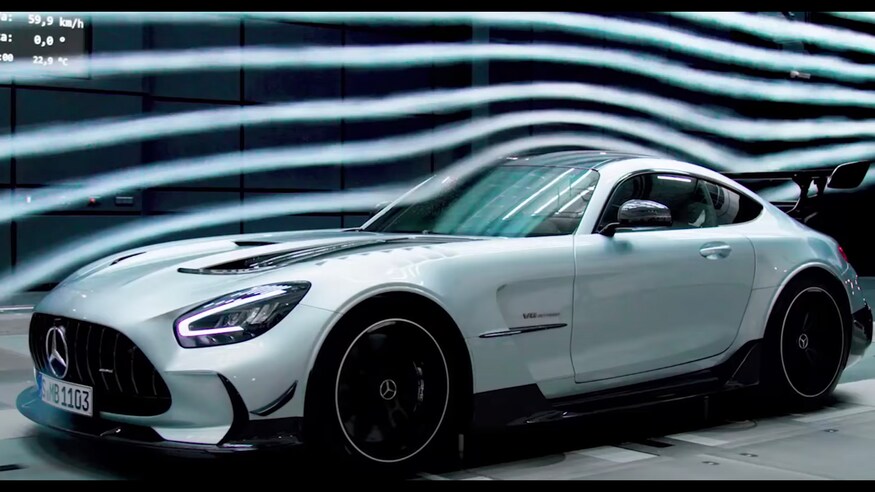 The hood now has a central-mounted front scoop flanked by a pair of large air vents. The newest Mercedes-AMG GT Black series is also equipped with massive fender vents and wider rear fenders. However, it’s hard to miss that gargantuan rear wing. At the back, the car has slim taillights, massive quad exhaust tips, and an aggressive rear diffuser to complete the racing-inspired vibe. 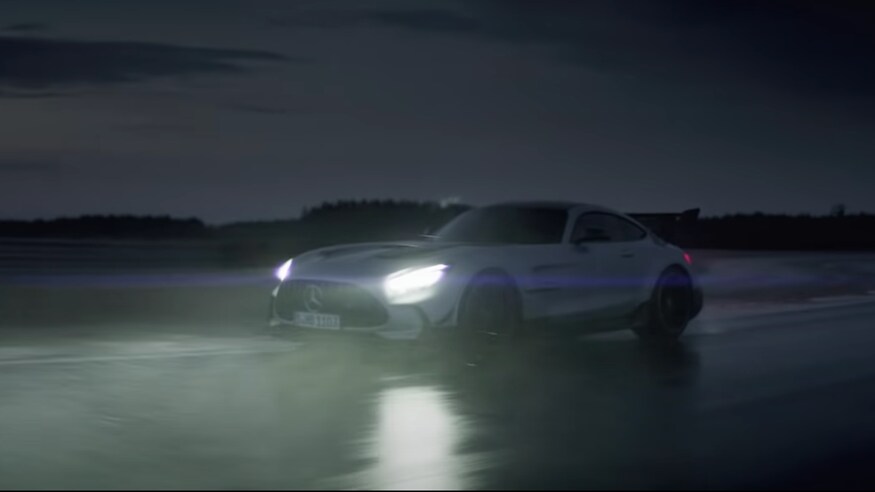 The interior, meanwhile, is plastered with black leather and orange accouterments. It also has racing bucket seats, a subtle roll cage behind the seats, and a four-point racing harness.

Eagle-eyed viewers might notice the wheels, which were lifted directly from the GT R. We know Black models have bespoke wheel options, so we think the car will be wearing a new set of rollers one Mercedes-AMG officially debuts the GT Black next week.