A prematurely posted video has spilled the beans on the hotly-anticipated 2021 Mazda3 Turbo, and just as we hoped it’s set to be a beast when it comes to torque. The newest version of Mazda’s stylish hatchback wasn’t expected to be officially revealed until later in the week, but someone at Mazda Mexico apparently didn’t get that memo.

A video posted by the division shows the newest Mazda3, and confirms drivetrain details for the car. This is no fan-creation or speculative clip, either: Miguel Barbeyto, president of Mazda Motor de Mexico, appears in the video too.

For the engine, Mazda sticks with a 2.5-liter inline-four but then slaps on a turbocharger. That’s good for 227 horsepower, the automaker says, along with 310 lb-ft of torque. All-wheel drive is standard.

Unfortunately for those hoping for some of Mazda’s – generally well-regarded – manual gearbox action, it seems that’s not on the cards. Instead, the 2021 Mazda3 Turbo will use a six-speed automatic transmission. That could change by the time the car launches, but we wouldn’t hold our breath.

It’ll come as a disappointment to those who had earmarked the Mazda3 Turbo as the spiritual successor to the Mazdaspeed 3. The sport hatchback was offered between 2007 and 2013 with two different generations, with a 2.3-liter inline-four turbocharged engine and a 6-speed manual gearbox. With as much as 263 hp and 280 lb-ft of torque to play with, and a standard limited slip differential, it gained a reputation as being the car of choice if you wanted Miata-style fun but with more everyday practicality. 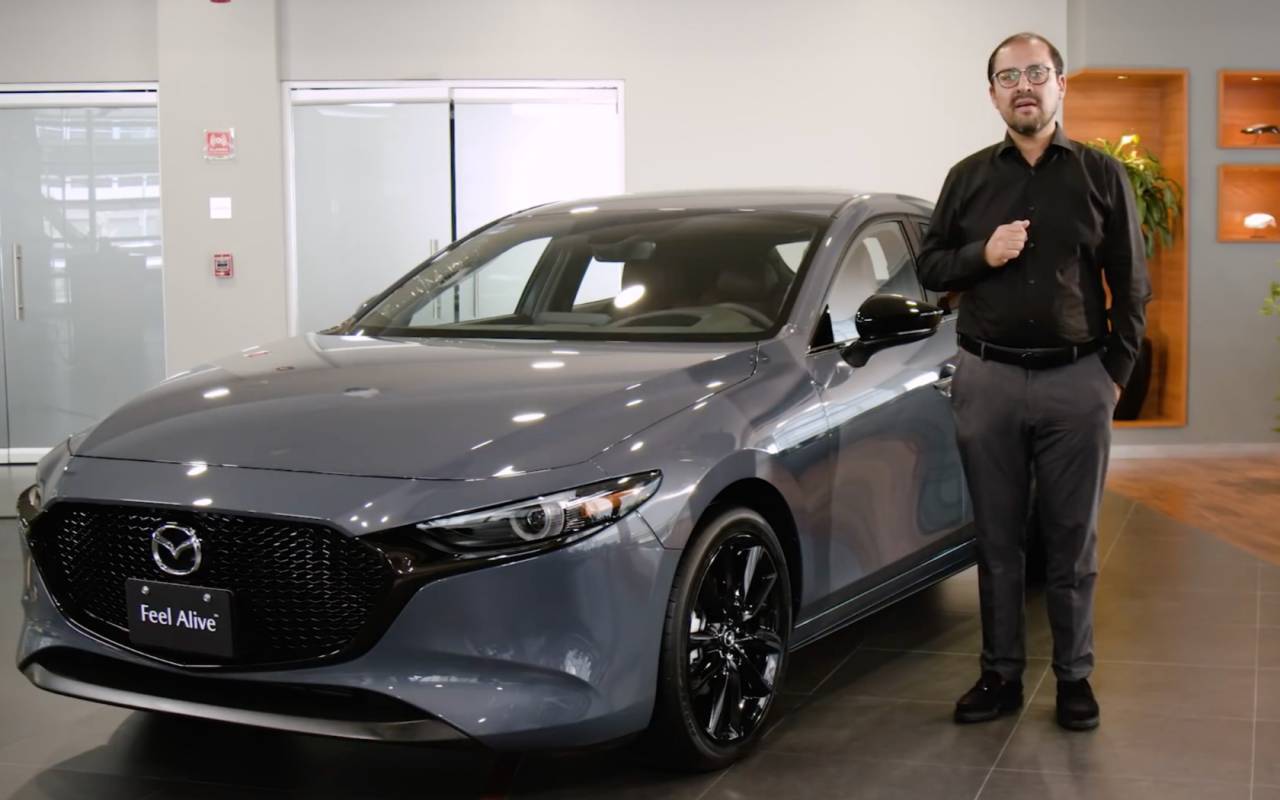 The gap in our hearts for a new Mazdaspeed 3 remains, then, but the 2021 Mazda3 Turbo should go further than most to partially fill it. According to Mazda Mexico, the car will have 18-inch aluminum wheels with a black-painted finish as standard, while inside there’ll be a 12-speaker Bose audio system that supports Apple CarPlay and Android Auto. Seven airbags, reversing sensors, and LED headlamps will also be included.

Exactly how that may change by the time the Mazda3 Turbo reaches the US specifically, we’ll have to wait and see. Still, Mazda shouldn’t be waiting long to fill us in on the details, hopefully including pricing when it confirms full specifications and a release date.