After a week with the Karma GS-6, the surprise wasn’t that nobody knew what the plug-in hybrid was, it was just how much I liked it. While the design may be ten years old now, rarity on the roads – and a convoluted back story – means plenty of head-scratching when you try to explain just what this swooping sedan is. Then factor in the fairly unusual plug-in hybrid drivetrain, and the dramatic drop in price earlier this year.

In short, you’d be forgiven for getting confused by the twists and turns of the GS-6 story. First came the Fisker Karma back in 2011, shortly followed by bankruptcy in 2013; the design, manufacturing facility, and other key parts were then bought by Wanxiang, which created Karma Automotive. After making some updates, it launched the car as the Karma Revero in 2016, and then revamped it as the Revero GT in 2019. 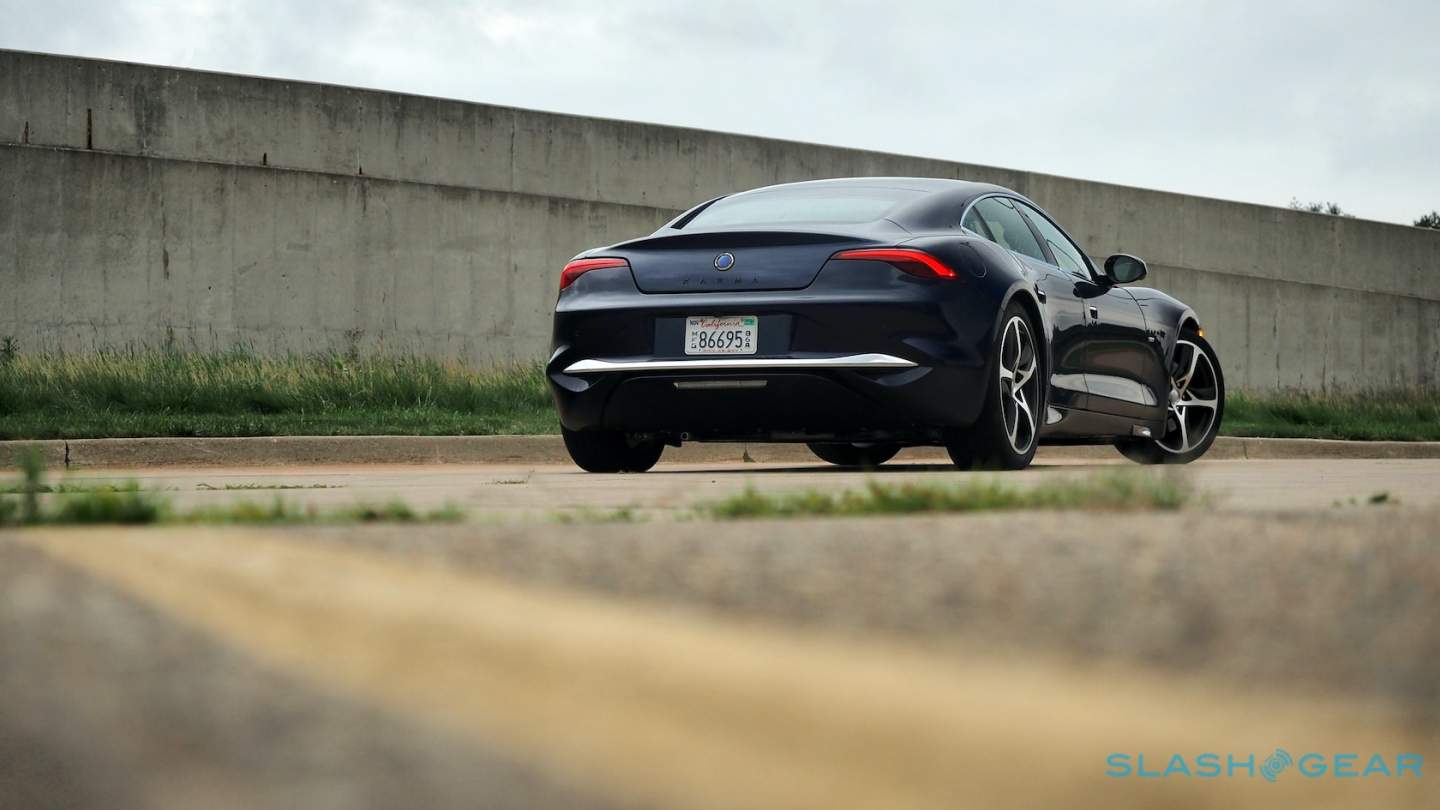 Arguably the biggest change came earlier this year, when the whole thing changed again and the Revero was rebooted as the Karma GS-6. More than just a name change, it also saw Karma slash the price considerably. Where the Revero GT had started at around $145,000, the GS-6 kicks off at a far more palatable $83,900 before any federal and state EV incentives.

Somehow, that price drop has come without sacrificing much in the way of the Karma experience. You still get the beguiling exterior design – something the automaker has, sensibly, left mostly alone and which remains one of the most stunning in the sedan category – and the well-equipped cabin. You also get a plug-in hybrid drivetrain too, though that’s been improved considerably since the PHEV’s early days. 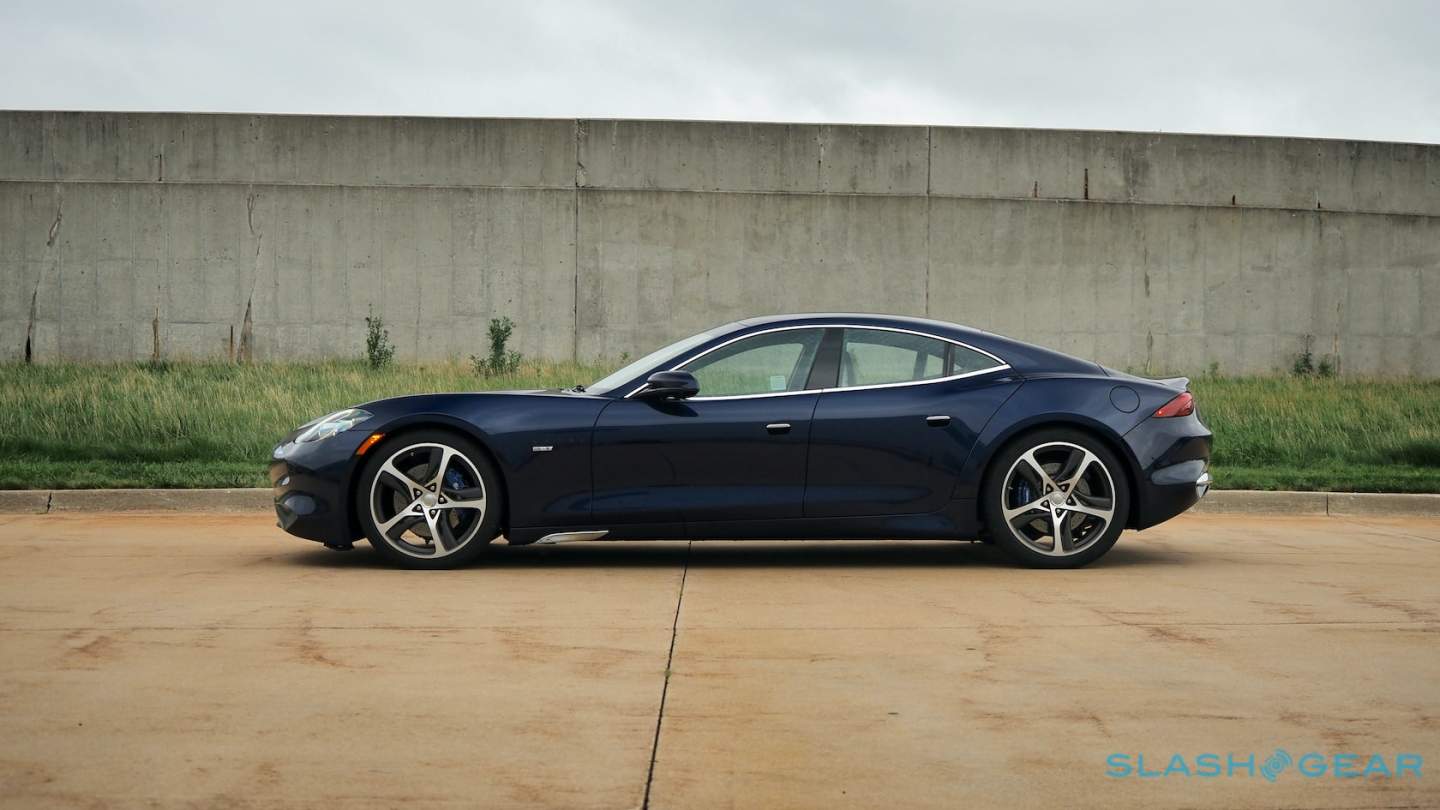 It’s a twin-motor electric configuration, though both of the motors are on the rear axle rather than the more typical e-AWD setup most rivals adopt. On the GS-6S “Sport” model that means true torque vectoring, where Karma can adjust the amount of power going to each rear wheel independently. A 28 kWh battery is rated for up to 80 miles of electric-only range, and recharges either from a 240V outlet in about 4-5 hours, or with a 45 kW DC fast charger giving 90-percent charge in about 34 minutes.

Beyond that, the GS-6 relies on an onboard gas engine that acts as a range extender. Where the original Fisker Karma used a somewhat raw GM engine for that, Karma switched to an altogether more refined 1.5-liter three-cylinder turbocharged engine from BMW. With a full tank of gas, and a fully-charged battery, you’re looking at 360 miles of total driving range. 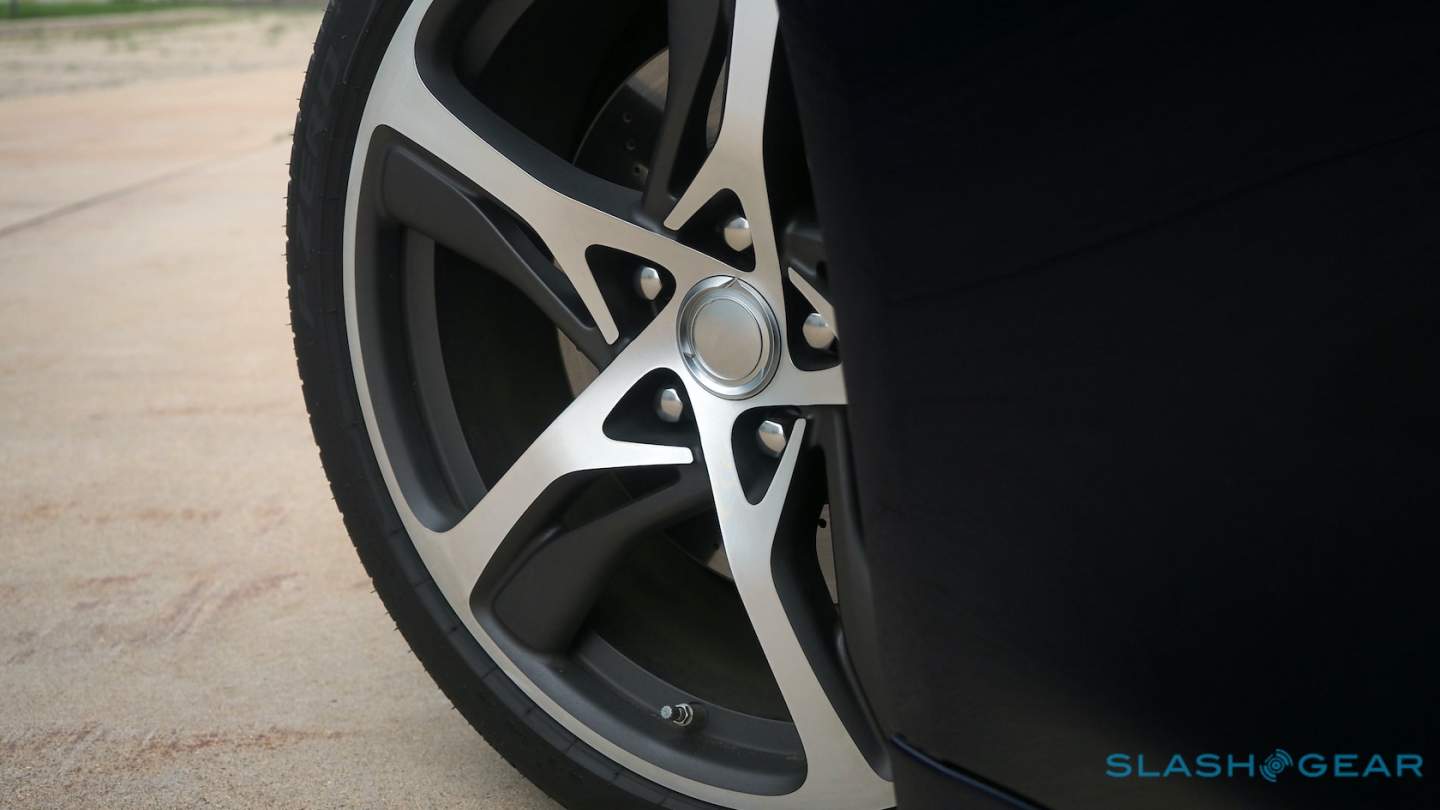 The BMW connection might jog your memory, and sure enough the GS-6’s approach to hybridization is mighty similar to the recently-departed BMW i8. The gas engine is the same for both cars, in fact. Where the i8 never quite felt as fast and visceral as its space-age design promised, though, the setup suits Karma’s GT aspirations nicely.

By default you start in electric mode, here called Stealth; the GS-6 thrums with electric smoothness, urgent from a standing start and sliding easefully between gaps in traffic. It’s still not exactly a lightweight, though the changes over the years have trimmed more than a few hundred pounds, and the overall feel is one of solid confidence to go with the straight-line eagerness. 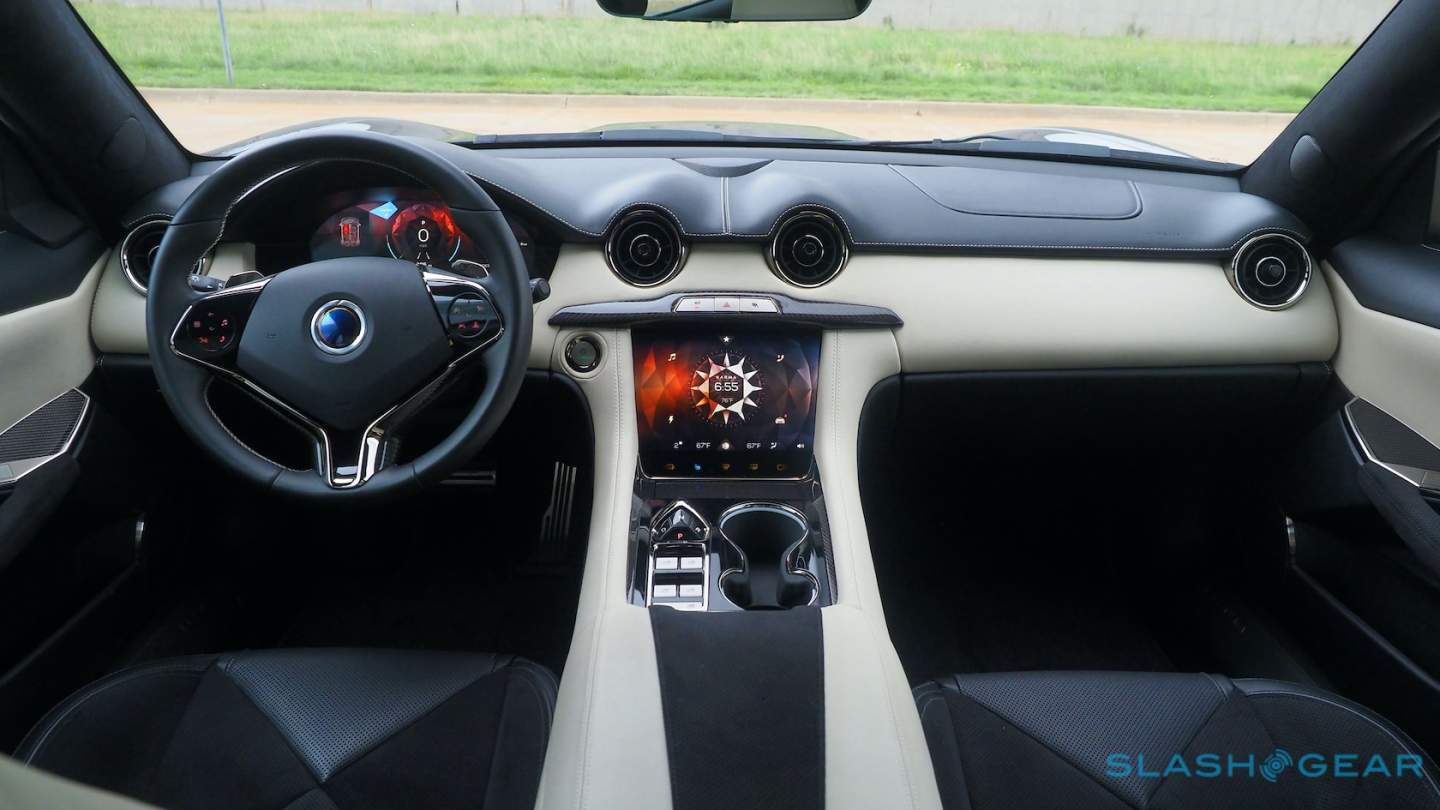 Pull the left paddle behind the wheel and you switch into battery-saving Sustain mode; click it again, and you get Sport mode. With a heavy right foot the GS-6 will happily spin its rear wheels – complete with a squirrelly shake of its curvy rump – before traction holds and you surge on. 0-60 mph takes 4.5 seconds, the GS-6S trimming that to 3.9 seconds.

Even with the heft, it feels good. Firm and confident; the low seating position lending both to the sensation of pace and the general absence of body roll in the corners. Solid steering and excellent brakes, with a near-seamless transition between regen and the more traditional Brembos, leave the whole thing feeling unexpectedly engaging. You can adjust between three levels of regeneration – strong enough, at its max, to slow the car to a stop – with the right side paddle. 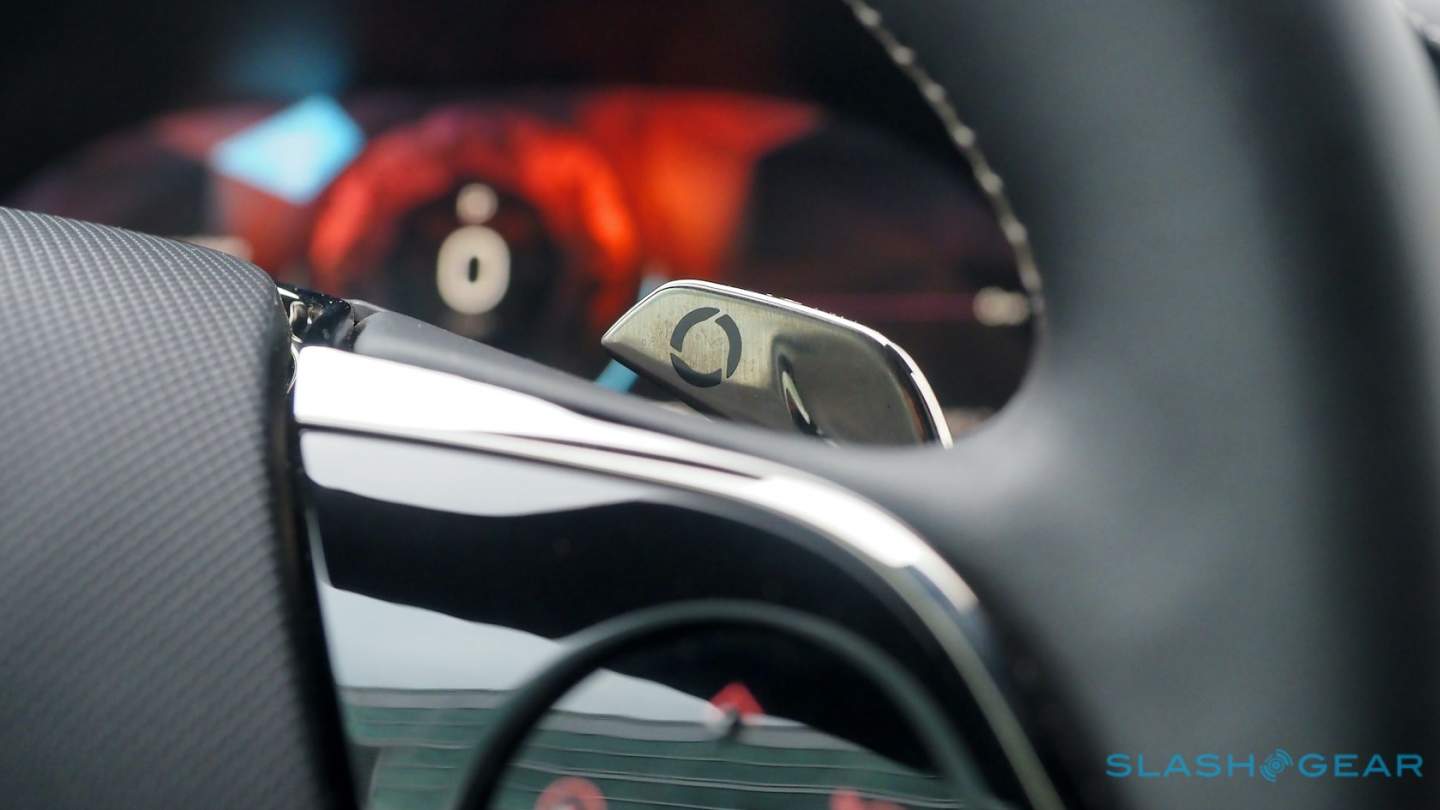 Karma has sensibly restrained itself from adding in artificial engine sounds, and normally the three-cylinder is quiet and restrained. The exception is when you really hit the accelerator, the sudden demand for power squeezing a high-pitched squeal that sounds like a sci-fi spaceship going into hyperdrive. It’s a splash of silliness that’s oddly welcome.

Silly isn’t the word to describe the GS-6’s cabin, though there are certainly some idiosyncrasies. In GS-6L “Luxury” form there’s no shortage of carefully-stitched Bridge of Weir leather, wrapped around carbon-fiber trim and splashes of real metal. The driver gets fully digital instrumentation, and there’s a 10.2-inch touchscreen in the center that supports wired Apple CarPlay and Android Auto. A 7.1-channel audio system with 680W amp is standard, too. 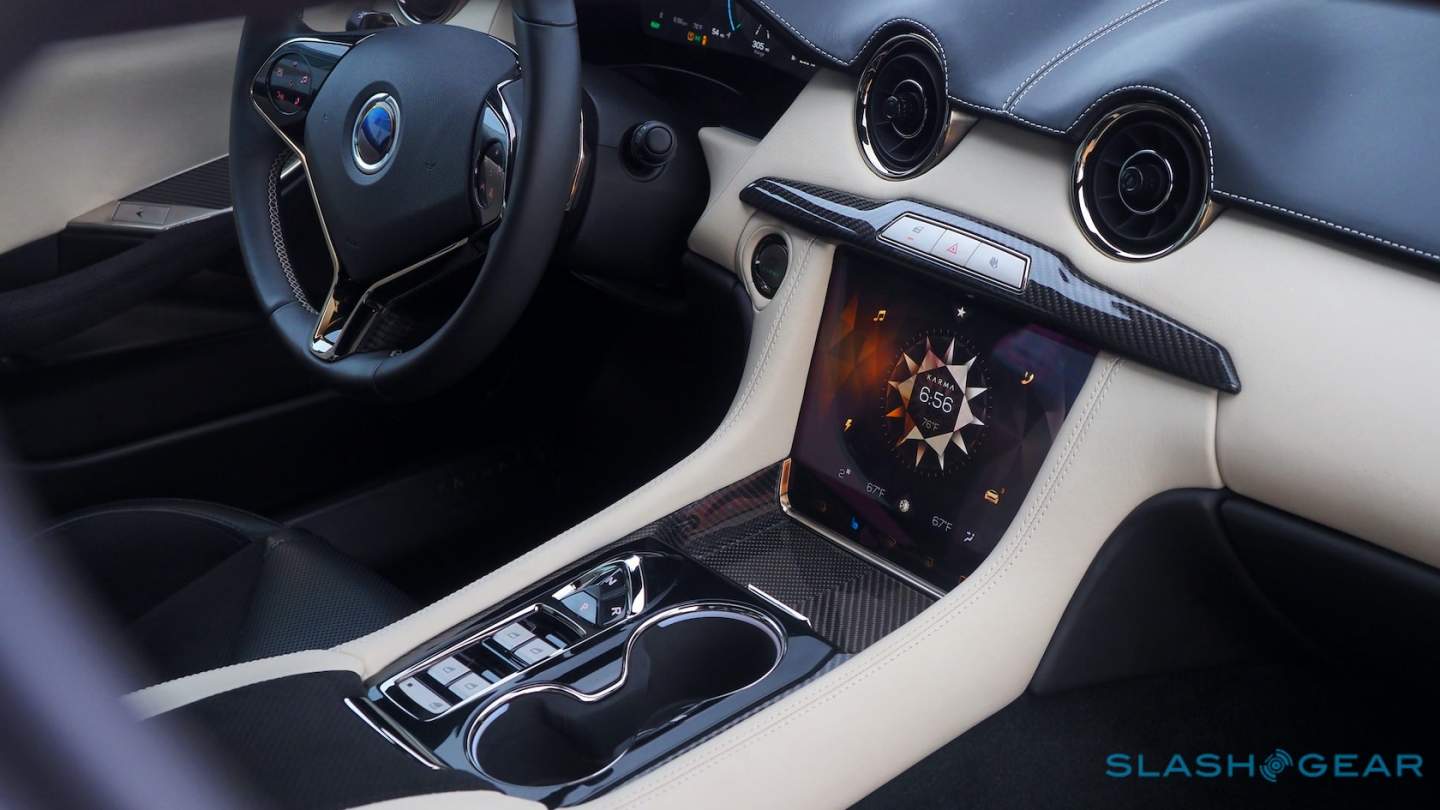 Like I said, there are some oddities. The electric window switches are in the center console rather than the door, which demands years of muscle memory be overcome, while adjustments to the side mirrors are done via the central touchscreen. Karma’s infotainment system is highly stylized, though once you figure out the touchpoints for media, HVAC, and other frequently-accessed functions it starts to make a little more sense.

I like the dedicated button for the 360-degree camera – those low front and rear spoilers aren’t exactly curb-friendly – but I’m not so much of a fan of the multifunction pad on the wheel. That promises control over music, phone, settings, and more courtesy of different combinations of button-press; most of the time I just seemed to inadvertently mute the radio. 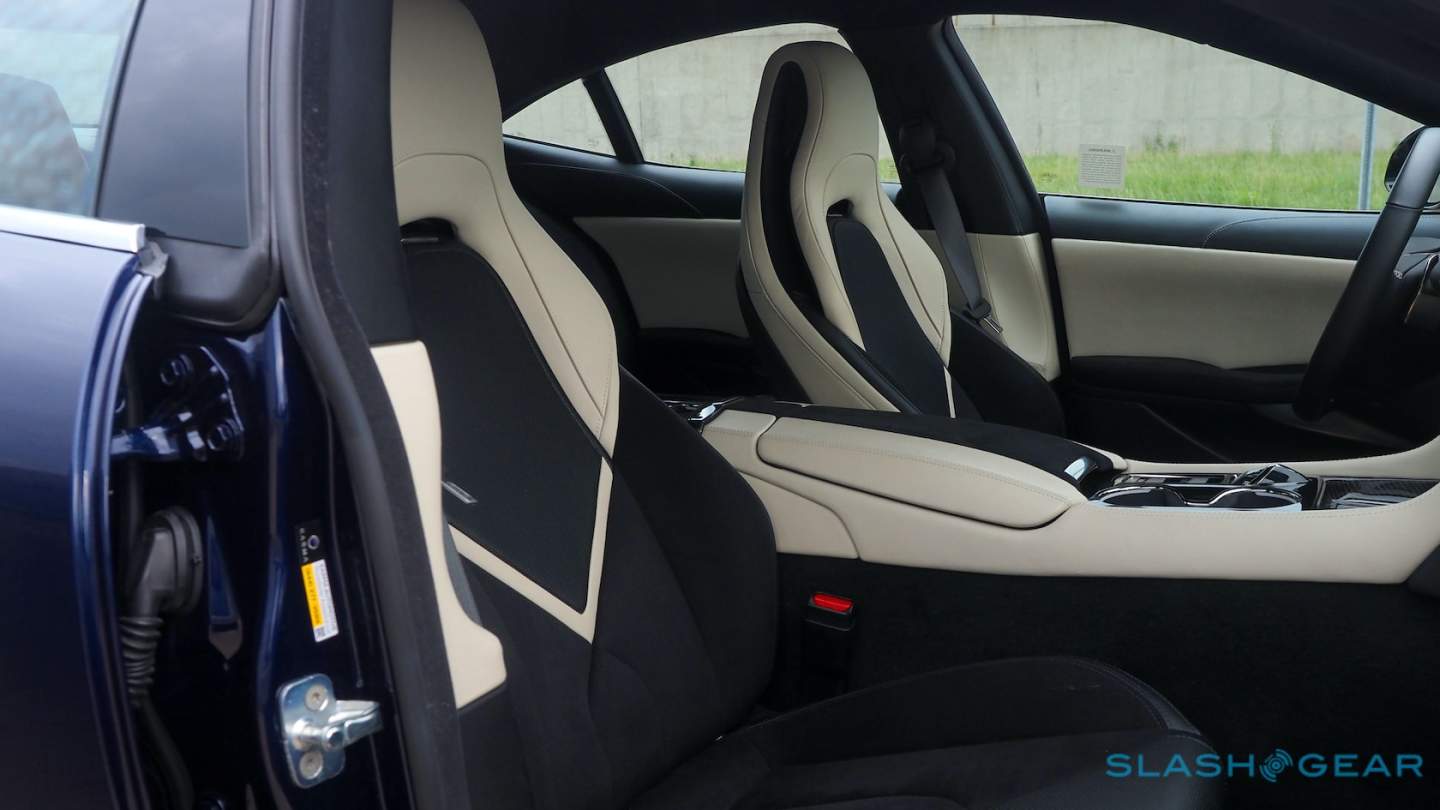 It’s a snug interior, particularly in the rear, where the low roofline and raised center console could leave some feeling a little claustrophobic. There’s certainly room for four adults overall, however, though luggage is another matter. At just 6 cu-ft the trunk is very small, the shallow and wide space great for pizza deliveries but not so much for hard-sided suitcases. 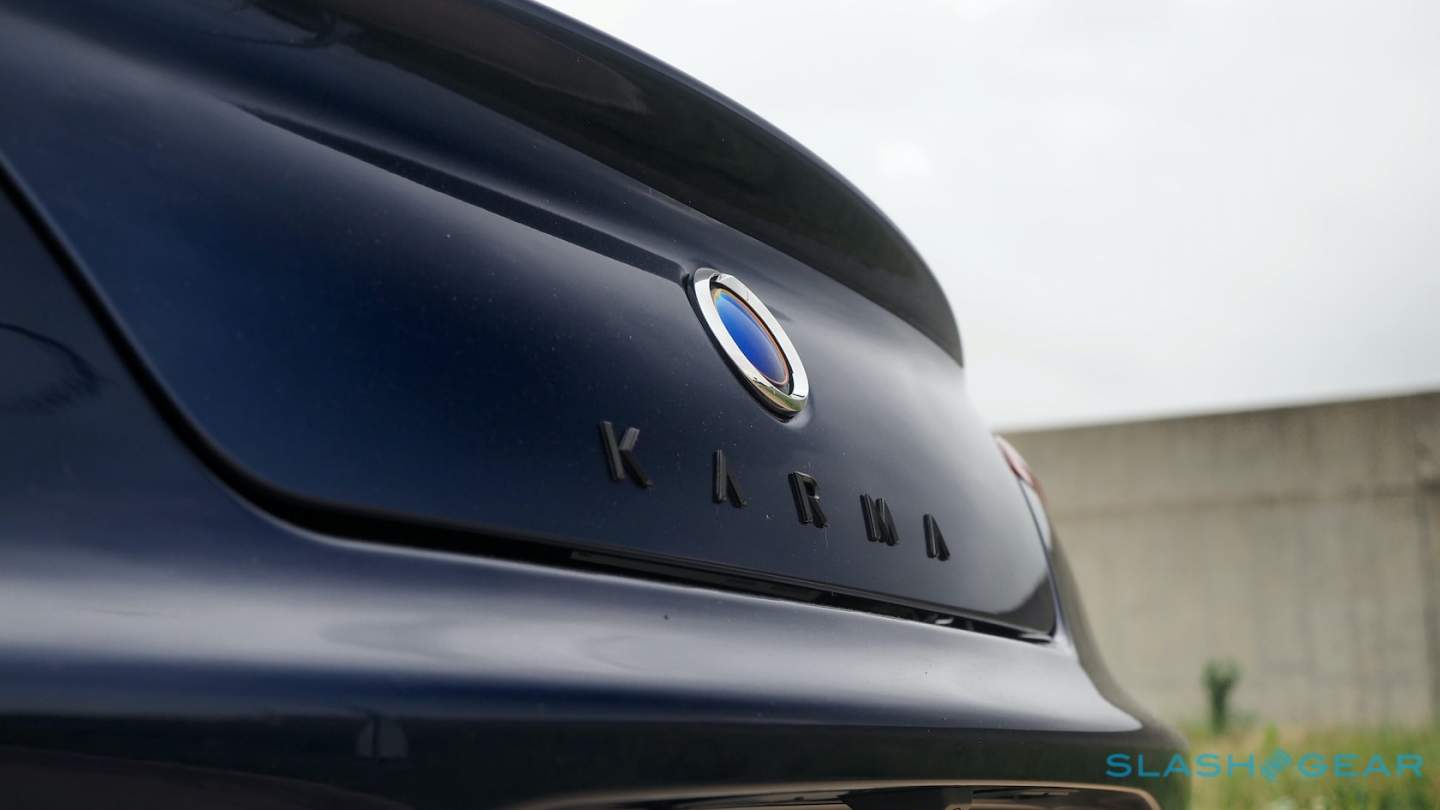 Later this year, Karma says, it’ll add the GSe-6 to the line-up. That will do away with the gas engine, replacing it with a bigger battery pack. With up to 110 kWh to play with, the company predicts, electric range will rise to as much as 300 miles on a charge. It’ll start at $79,900 before any tax incentives, and there’ll be fancier GSe-6 Luxury and GSe-6 Sport versions too. The latter should do 0-60 mph in 3.9 seconds, Karma estimates.

Reputation is a funny thing: a good one is easy to lose; a bad one is difficult to overcome. The GS-6 is the best iteration of this car so far, by significant measure, but its – understandable – resemblance to those earliest, troubled versions might not be entirely counting in its favor. It takes actually driving it to see the improvements in power, refinement, weight reduction, and just plain entertainment value. 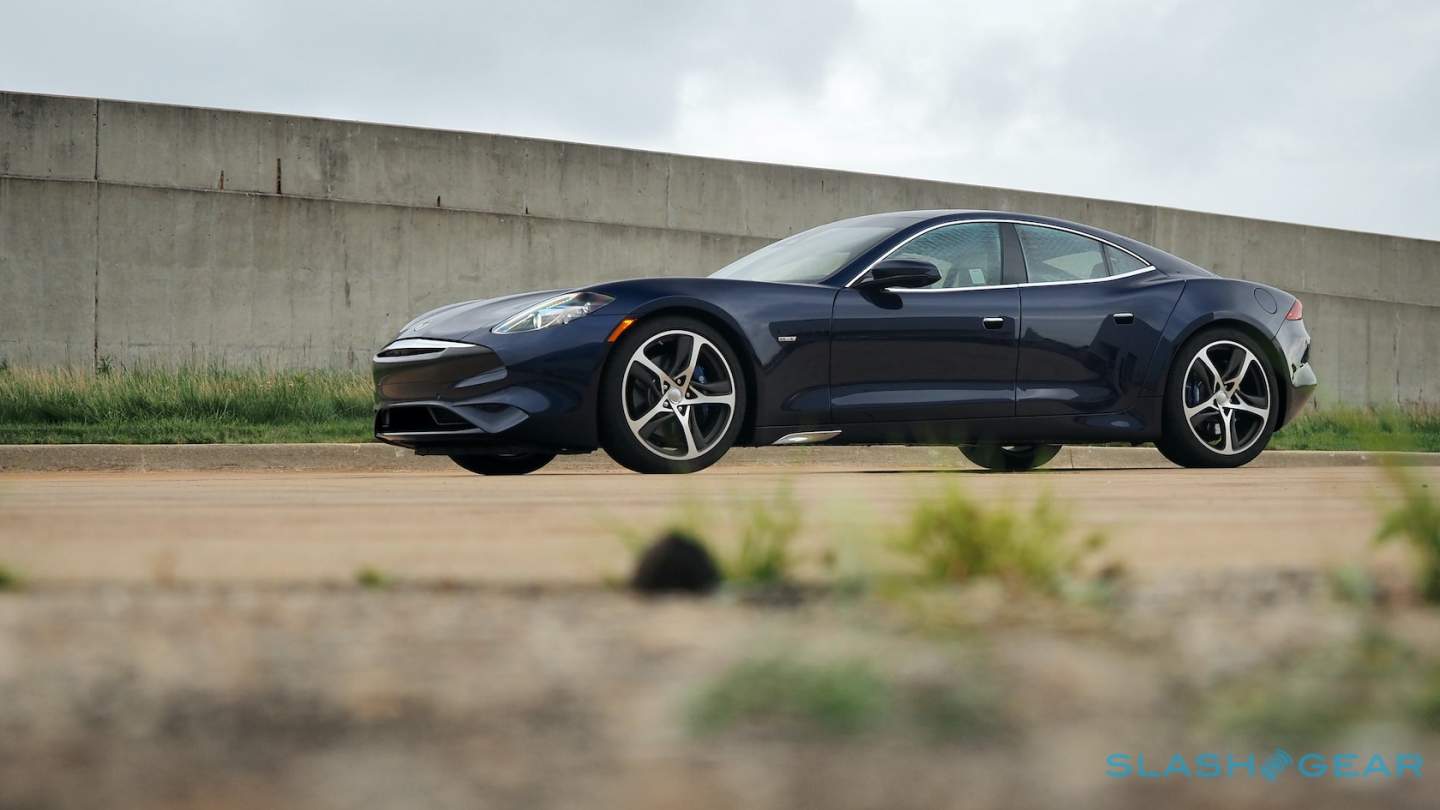 Karma isn’t talking sales figures right now, nor making any bold predictions about where demand might go. The most the company will say is that it’s expecting the GS-6’s lower price – and the even more affordable GSe-6 to come – to drive up interest, and I can’t say I disagree. What was once a curio is now legitimately competitive, albeit in a niche segment.

Its appeal is the design, of course, but the rarity too. Karma’s car turns heads in a way no Porsche Taycan or Tesla Model S can, and while rival EVs may promise greater range they can’t match the GS-6 on sheer aesthetics. There are lingering foibles to consider, sure, but they’re much easier to accept when a car has this much personality.