The Hyundai Veloster N is a fantastic little hot hatch with turbocharged power and a six-speed manual transmission. But for 2021, Hyundai made it clear the Veloster N is finally getting an automatic gearbox. And to this, we say: Why only now, Hyundai?

Nitpicking aside, the six-speed manual box in the current Veloster N is a peach. It has an optional rev-matching feature allowing humble mortals to execute downshifts perfectly like a professional racing god, but we reckon a dual-clutch automatic will help greatly in improving the car’s off-the-line acceleration and passing abilities.

And with that, Hyundai has granted our silent plea. According to the South Korean automaker’s latest teaser video, the 2021 Hyundai Veloster N is coming with an eight-speed dual-clutch transmission to go along with the standard six-speed manual.

Mind you, non-N models of the Veloster are currently offered with either a traditional six-speed automatic (Veloster Premium) or a seven-speed dual-clutch unit in the Veloster Turbo.

We reckon the new eight-speed DCT is the same unit in the new Sonata N-Line, the high-performance derivative of Hyundai’s controversial midsize sedan. Based on the video teaser, the Veloster N also gets some nifty paddle shifters on the tiller and a new ‘N Grin Shift’ mode, which was clearly visible in the vehicle’s instrument cluster. 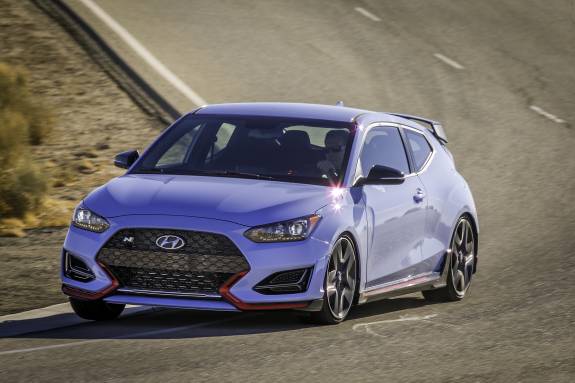 We have no idea what ‘Grin Shift’ does or what it means, although we’re familiar with the N Grin Control system in the Euro-spec Hyundai i30 N. Apparently, the system controls the driving modes of the vehicle, but that’s not the case in the Veloster N.

Hyundai hasn’t made it clear if ‘Grin Shift’ mode will be offered to U.S-bound Veloster N models, but we’re pretty sure it’s the ‘extreme’ performance setting of the new eight-speed dual-clutch gearbox that executes brutally-fast shifts. 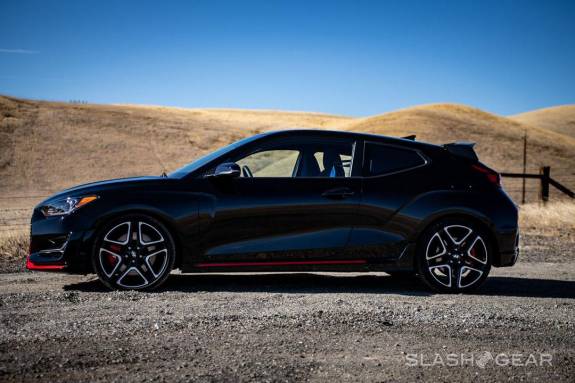 Meanwhile, engine output remains the same. The Veloster N is powered by a turbocharged 2.0-liter inline four-banger with 250 horsepower and 260 pound-feet of torque. The Performance pack bumps the output to 275 horsepower.

Equipped with a standard manual stick, the Veloster N goes from 0 to 60 mph in around 5.5-seconds. It’s fast enough to be considered a hot hatch, but things are bound to get spicier with a new dual-clutch automatic transmission. 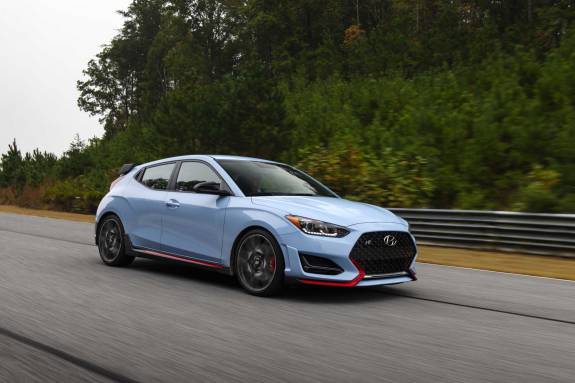 We’ll be hearing more about the 2021 Hyundai Veloster N in the coming months. Hyundai claims the new model is set to arrive at U.S. dealerships later this year.