Hyundai debuted the seventh-gen 2021 Elantra in an online event a couple of weeks ago. And for the first time ever, the South Korean automaker revealed a hybrid version of the Elantra as well. While specific details were a bit sketchy back then, Hyundai was kind enough to release more images of the Elantra Hybrid a couple of days back.

Based on what we’re seeing, the 2021 Hyundai Elantra Hybrid looks exactly like the gasoline-only model, and that’s nice since hybrids are not exactly known for being showstoppers in terms of design and styling. Even the wheels are lifted directly from the regular Elantra with none of that aero-ugly nonsense. 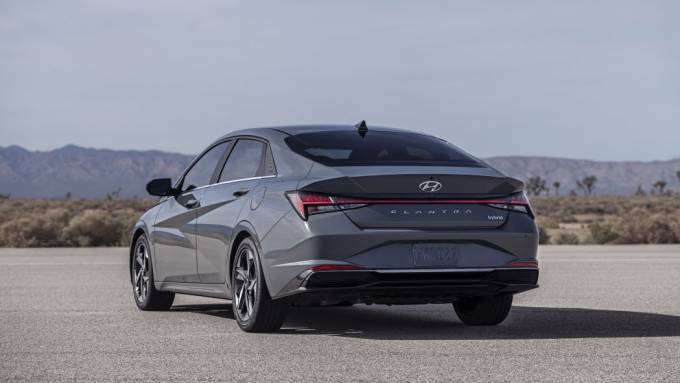 Perhaps the only way to discern the hybrid model is the ‘hybrid’ badge affixed on the right-most corner of the boot, and that’s basically it. We also noticed the rear bumper valance in the hybrid has a bevy of horizontal slots compared to the single-bar design in a regular Elantra. You’ll have to zoom on the image to get a clearer view, but our eagle eyes were sharp enough to spot this difference.

And again, that’s it. Oh, and the hybrid doesn’t get a sunroof which is no big deal. The 2021 Elantra Hybrid has the same ‘parametric dynamics’ design idiom. It’s a bit longer and wider than the outgoing model while remaining lighter despite the mild growth spurt. It also inherited some styling DNA from the new Sonata midsize sedan with sharper body lines and a wider grille placed lower the ground. 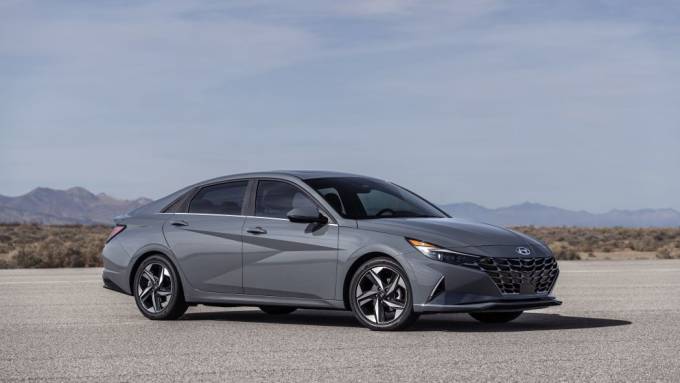 Inside, the hybrid also receives a new Eco gauge along with a new layout in its digital instrument cluster. The infotainment screen has a new mode that displays how the vehicle is making the most of braking recuperation and hybrid functions. Standard on the Elantra and Elantra Hybrid is wireless Apple CarPlay and Android Auto while a digital key that locks, unlocks, and starts the car using a smartphone or NFC card is optional. 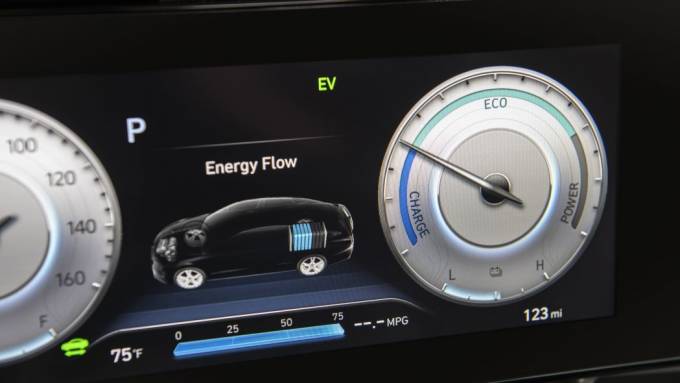 The 2021 Hyundai Elantra Hybrid is powered by a direct-injected 1.6-liter four-cylinder gasoline engine and a small permanent-magnet electric motor. Producing a combined output of 139-horsepower and 195 pound-feet of torque, power is managed by a slick six-speed dual-clutch automatic transmission for a sportier driving experience.

The 32 kW electric motor draws electrons from a small 1.32 kWh lithium battery pack shoehorned under the rear seats. According to Hyundai, the electric motor is capable of operating in all-electric mode at lower speeds. It also offers a power boost at higher speeds to offer a nice balance between efficiency and a sporty driving feel. 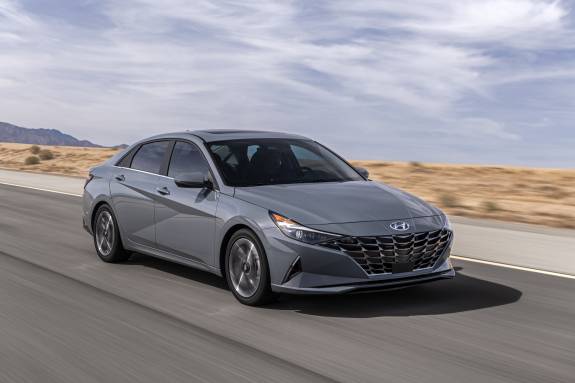 Hyundai has yet to release the official EPA numbers, but we reckon the Elantra Hybrid is good for 50 mph in the combined cycle. Both the new Elantra and Elantra Hybrid are slated to arrive in fall 2020. Production is at Hyundai’s plant in Ulsan, South Korea and at its manufacturing facility in Alabama, USA. Pricing and other details will be announced soon.