Ford is adding to its new F-150 line-up, with the 2021 F-150 Tremor aiming to tide us over until a next-generation Raptor arrives. Based on the 14th generation F-150 announced earlier this year, the Tremor version follows the existing Super Duty Tremor and Ranger Tremor in building in greater off-road abilities.

You can think of the 2021 F-150 Tremor, therefore, as slotting in above the FX4 package. Ford starts with the same high-strength steel frame and aluminum alloy body, and the F-150 in SuperCrew configuration with the 5.5 foot box. The 3.5-liter EcoBoost V6 – with a 10-speed automatic – is standard, too, as is four-wheel drive.

To that, Ford revamps the suspension. There are returned front and rear springs, with extra ground clearance over the standard F-150. The automaker says it should leave the Tremor better at keeping its rubber in contact with the ground, too, even on particularly unruly terrain.

Revised front hub knuckles and upper control arms work with Tremor-specific monotube shocks at the front and twin tube shocks at the rear. They’ve been tweaked for softer damping when the truck is at low speeds, together with more damping and control for more arduous terrain. 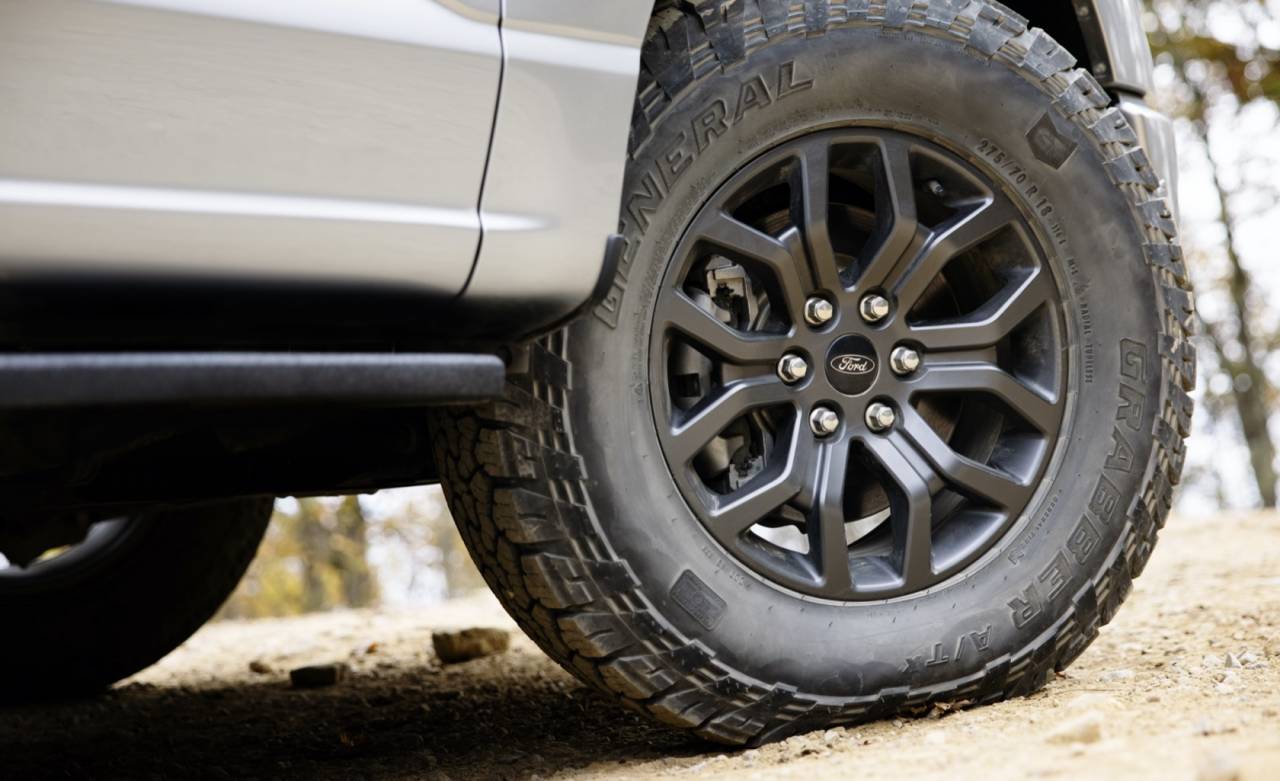 A locking rear differential is standard, and there are 33-inch General Grabber all-terrain tires on special, matte-finish 18-inch wheels. They have a 1-inch wider stance compared to the regular truck. Ford also adds a Raptor-style bash plate to protect the front.

Overall, you’re looking at an approach angle of 27.6 degrees, breakover angle of 21.2 degrees and departure angle of 24.3 degrees. The Tremor variant also has 1.5-inches of extra travel at the rear, and an inch more at the front. The maximum conventional tow rating is 10,900 pounds, while maximum payload rating is 1,885 pounds.

Ford will offer three equipment groups on the 2021 F-150 Tremor: standard, mid, and high. Eventually, there’ll be an optional Torsen limited-slip front on the order form, while Tremor high series trucks get a torque-on-demand transfer case which Ford says is similar to that of the Raptor. 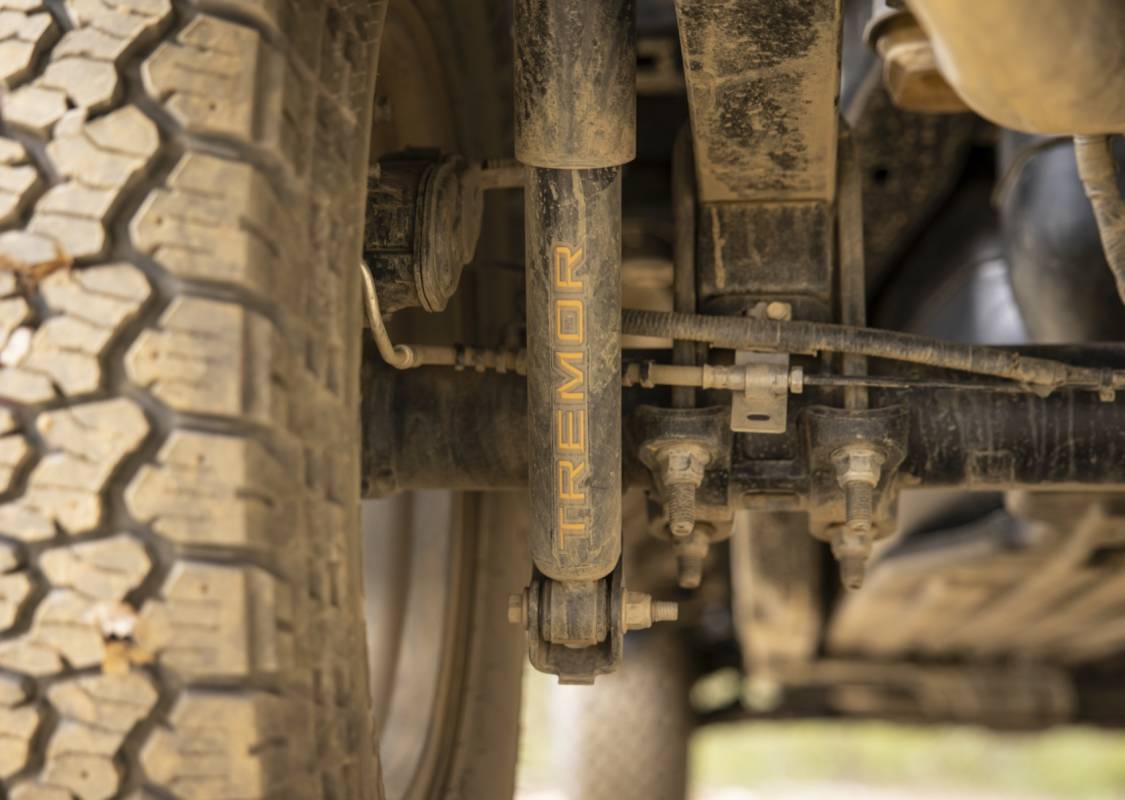 As for the style, there’s a new hood and front end, with a blacked-out Ford oval on the unique grille. Active Orange highlights – like the front recovery hooks – are added, and there are Raptor-inspired off-road fixed running boards and a cutout rear bumper with high-flow dual exhausts.

Inside, there’s more orange highlighting, including special seat trim with unique stitching, and trim pieces on the instrumentation, center console, and doors. Ford throws in a six-position auxiliary power switch pack on the overhead console, and there’ll be a variety of off-road lighting options too. 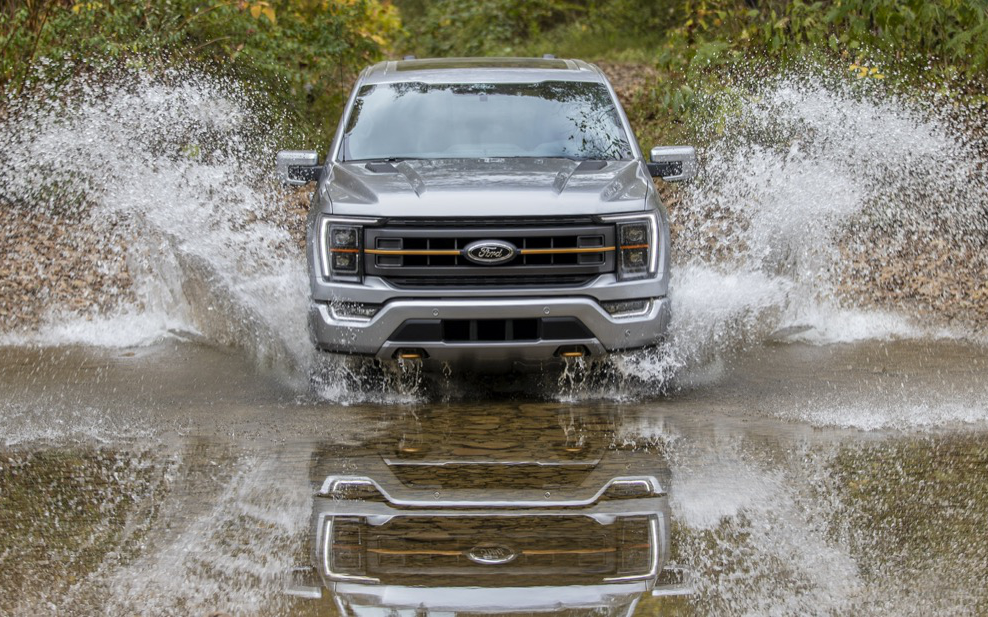 In all, while this isn’t quite the new F-150 Raptor that truck fans are so eagerly awaiting, it should at least tide us over until that arrives. The 2021 F-150 Tremor will land in Ford dealerships next summer, with pricing to be confirmed closer to release.