The 2021 Chevrolet Corvette C8 is getting ready to head out to dealerships, and it seems Chevy has been making some much-requested tweaks to its well-received sports car. The 2021 Corvette Coupe and Convertible will rejig some of the options and trims, according to dealers, as well as adding features like wireless Apple CarPlay. That said, we’re still expecting a sting in the tail.

It’s fair to say that Chevy surprised many with the launch of the 2020 Corvette C8. Though the eighth-generation’s big change was the arrival – after decades of speculation – of a mid-engined architecture, that wasn’t the only jaw-dropper.

Instead, it was pricing that was arguably the biggest head-scratcher. Despite its 490 horsepower and 465 lb-ft of torque, the 2020 Corvette 1LT started at under $60,000. That’s with an unexpectedly decent level of standard trim, too. 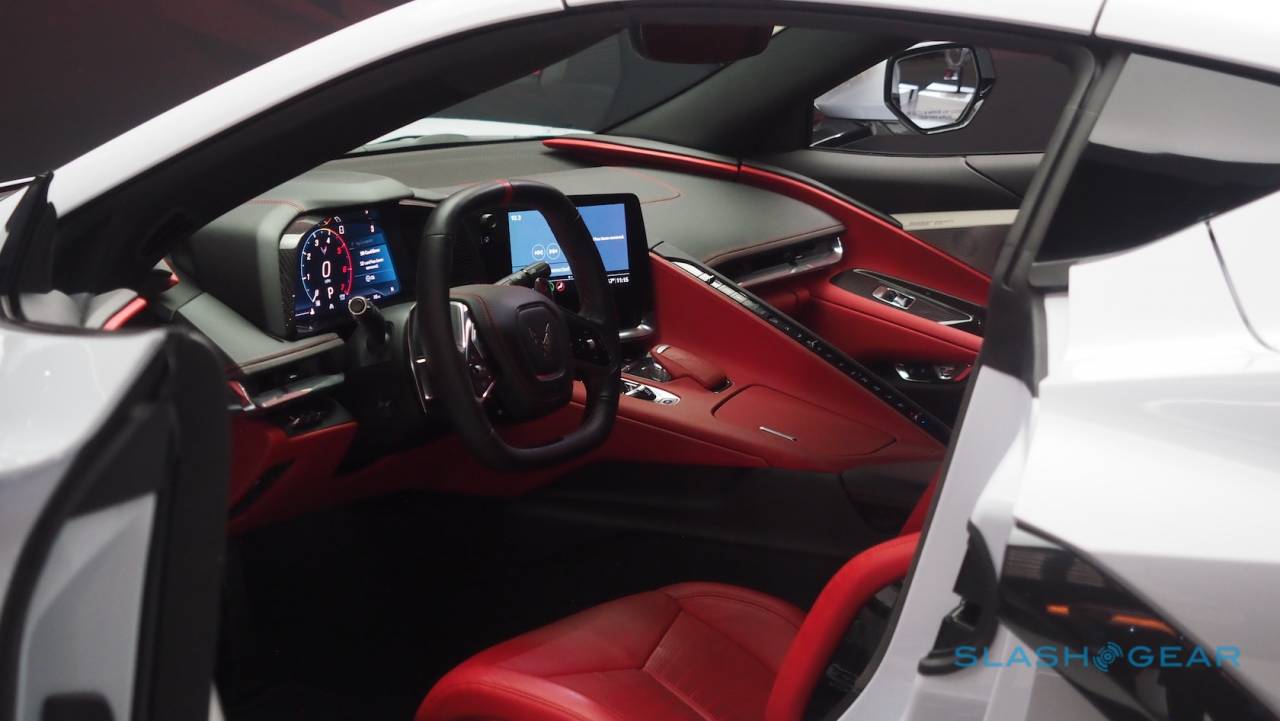 Now it’s time for a new model year, and it seems Chevrolet isn’t straying too far from what we’ve already seen work. A dealer change list was shared to the C8 Corvette Owners group, spotted by AutoVerdict, detailing some of the alterations between the 2020 and 2021 model years.

The biggest change – and probably the most welcome to potential Corvette C8 buyers – is how Chevrolet will be offering Magnetic Ride Control suspension for the 2021 model year. Until now, if you’ve wanted the clever suspension system – which uses magnetorheological fluid, the viscosity of which can be altered according to a magnetic field, to change the suspension from soft through to firm – you’ve needed to check the Z51 package.

That costs $5,000, and as well as the “Z51 performance suspension” includes uprated Brembo brakes, a performance exhaust and rear axle ratio, the Electronic Limited Slip Differential, a heavy-duty cooling system, special styling for the front splitter and rear spoiler, and performance Michelin tires. No bad thing overall, certainly, but if all you want is the Magnetic Ride Control system to flip the Corvette C8 from comfortable cruiser through to back-road plaything, it’s a fair chunk to spend.

Chevrolet seems to have got that message, and from the 2021 Corvette C8 Coupe and Convertible it’ll apparently be offering the suspension system as a standalone option. You’ll no longer need the whole Z51 package. It’s unclear how much that will cost at this stage, but expect it to be a fair amount less than the current package’s $5k. 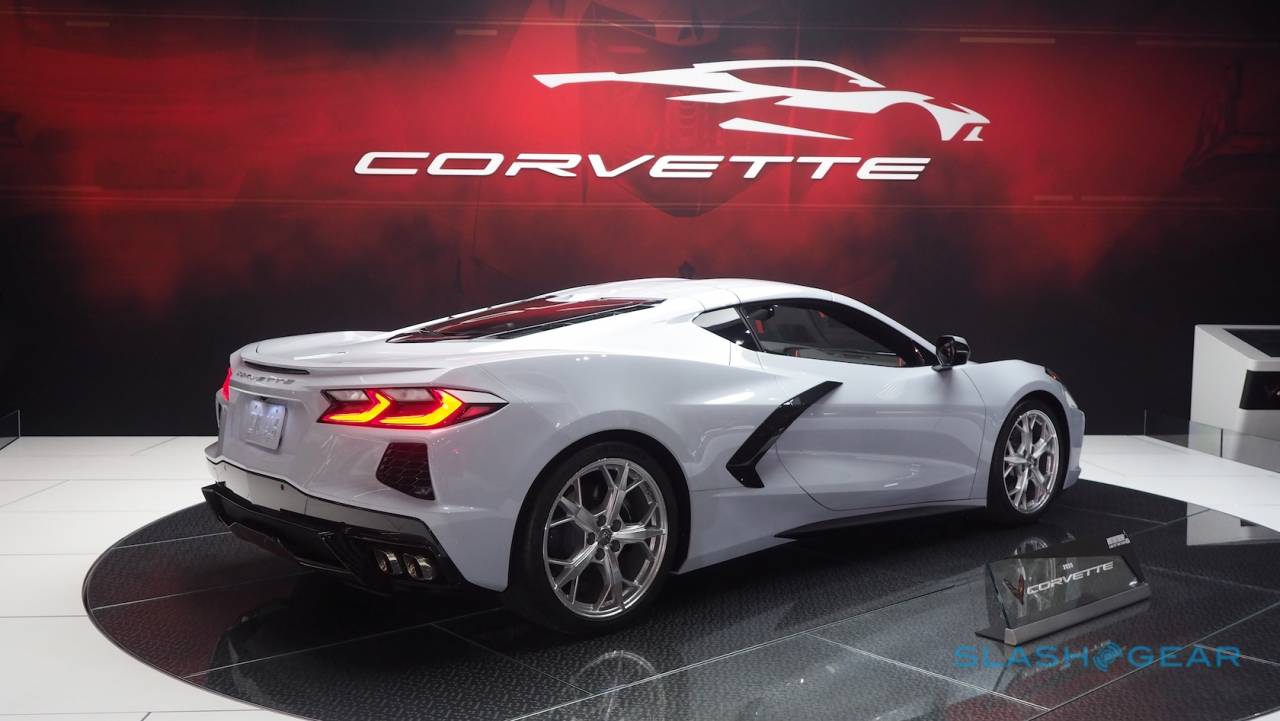 As for the other changes, what’ll probably be second in line for interest for Corvette buyers is wireless CarPlay support. That’s being added as standard across the 1LT, 2LT, and 3LT trims, and will mean that you’ll be able to connect your iPhone and use Apple’s car-centric interface without needing a USB cable. Unfortunately it looks like wireless phone charging still won’t be offered as an option on the base Corvette 1LT trim; that’s a shame as it goes particularly well with wireless Apple CarPlay. For the 2020 model year, wireless charging was standard on 2LT trim and up.

Outside, we can expect some new colors. Gone is Blade Silver Metallic and Long Beach Red Metallic Tintcoat; they’ve been replaced by Silver Flare and Red Mist Tintcoat. A Stingray R package will add special graphics and matching wheel caps.

There’ll be a number of different full-length rain stripes available, matching or contrasting with the different body colors. There’ll also be a center hood “Stinger Stripe” option, in Carbon Flash with either Edge Yellow, Midnight Silver, or Edge Red.

In the 2021 Corvette 3LT trim, there’ll now be a choice of two new themes. One will have a Strike Yellow color scheme with Sky Cool gray inserts, while the other will use Jet Black with Sky Gray inserts. 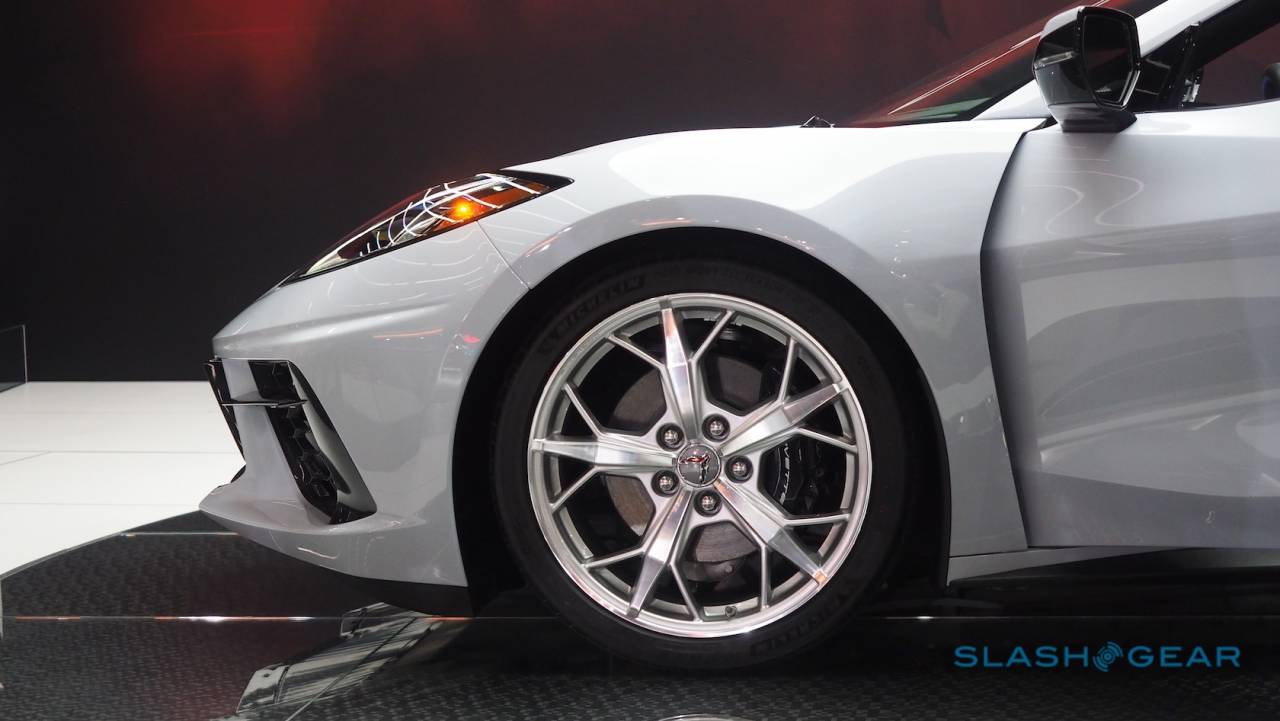 The biggest mystery about the 2021 Corvette remains pricing at this point. We’d already been warned to expect an increase in cost for the car for the new model year, Chevrolet supposedly opting to make a launch splash with its sub-$60k sticker and then nudge things higher for the 2021 car.

For the moment there’s no official pricing information, with dealers saying that hasn’t been shared. Nonetheless we’re expecting would-be owners to have to dig a little deeper for their preferred configuration, though depending on what trim you have in mind you may find that gets balanced out by the FE2 Mag Ride suspension being broken out from the Z51 package.