Times are tough if you’re in the market for a brand new all-wheel drive crossover on a severe budget, but the 2021 Chevrolet Trailblazer thinks it has the answer. Cheapest model in Chevy’s SUV line-up, its sticker price isn’t quite that attention-grabbing $19k by the time you add AWD, but even then it still won’t break the bank – just as long as you’re willing to put up with the Trailblazer’s compromises to get there.

As you’d expect, the Trailblazer owes many of its styling cues to the larger Blazer SUV. The proportions look more muscular and intentional than the overall dimensions would suggest, particularly the squinting headlamps atop a gaping lower front grille. The Midnight Blue Metallic of my test car wasn’t the most flattering shade, mind: brighter colors help emphasize the contrast sections, like the chrome and the chunky cladding. 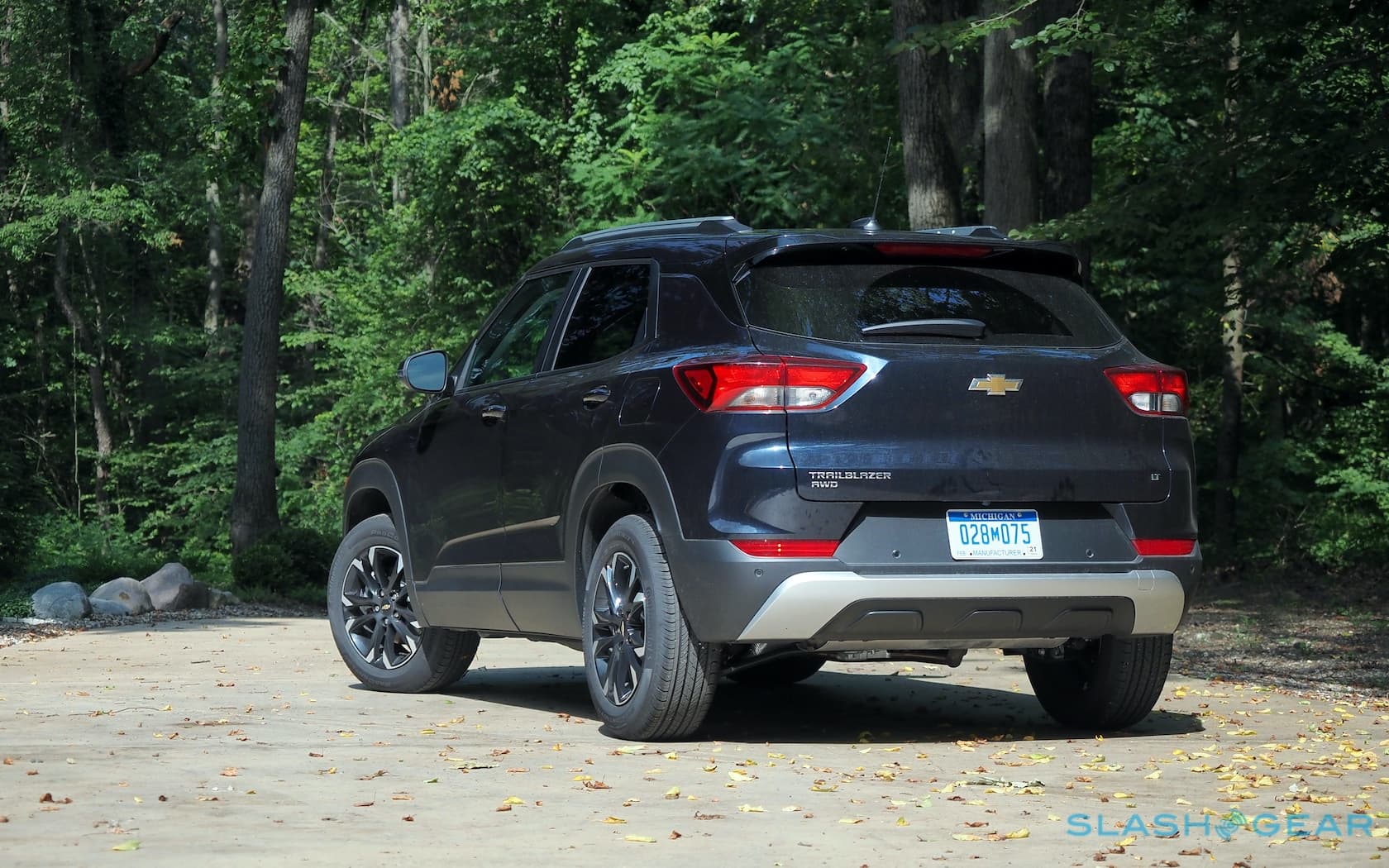 In displacement-obsessed America, the Trailblazer’s 1.3-liter turbocharged three-cylinder engine is a kooky outlier: it’s easy to forget that, over in Europe and Asia, squeezing more out of thriftier sippings of gas has been the status-quo for many years now. Chevy’s three-pot gets you 155 horsepower and 174 lb-ft of torque, but the biggest surprise is that it’s actually the larger of the two engines the Trailblazer can be had with.

Standard is an even smaller 1.2-liter turbo, coaxing 137 horsepower and 162 lb-ft of torque from its three cylinders. It uses a continuously variable transmission (CVT), unlike the 1.3-liter with its 9-speed automatic. If you want all-wheel drive rather than power to the front wheels alone, you’ll need to cough up the extra for the bigger engine. 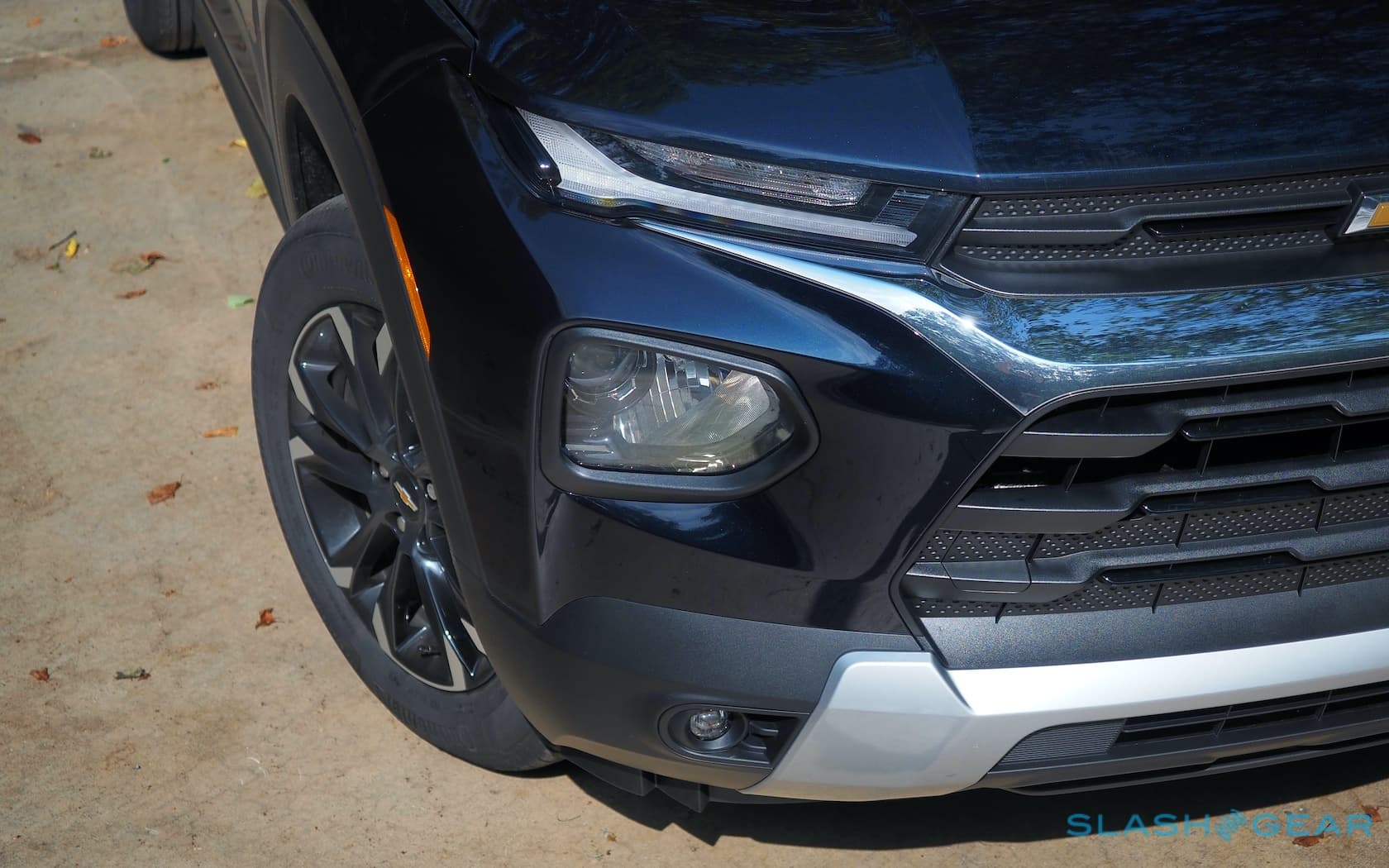 The 2021 Trailblazer FWD L starts at just $19,000 (plus $995 destination), making it less than half the average selling price of a new car in America right now. You’ll pay $3,100 more for the Trailblazer AWD LS 1.3L, the first trim offering the punchier engine and all-wheel drive. My review car was the positively-plush (in comparison) Trailblazer AWD LT, at $28,180 with options and destination. 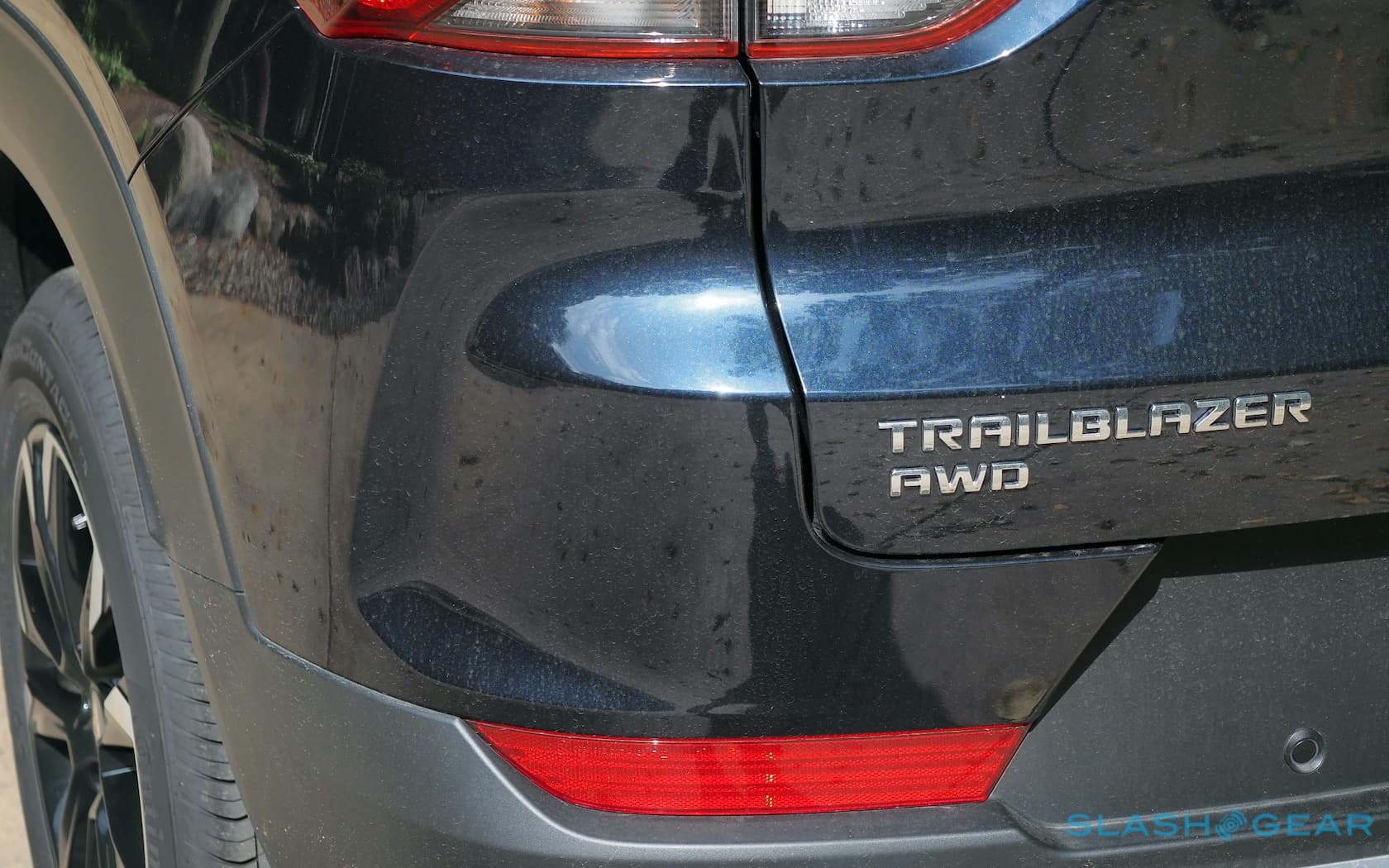 The $620 Adaptive Cruise Control package added the smarter cruise, leather wrapping for the shifter and steering wheel, a 4.2-inch color display sandwiched between the analog gauges for the driver, and a rear center armrest. Another $620 added the Convenience package, with single-zone automatic air conditioning, auto dimming for the rearview mirror, a 120V power outlet, SiriusXM, an 8-inch upgrade for the infotainment touchscreen, and rear USB Type-A and -C charging ports. 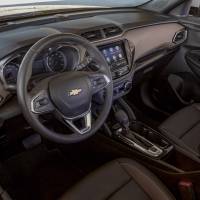 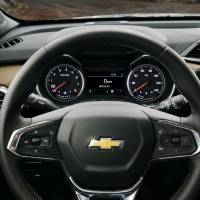 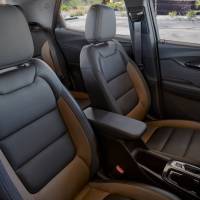 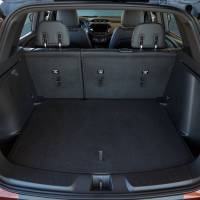 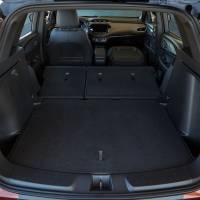 Finally, $345 throws in rear parking assistance, rear cross traffic alert, and blind spot warnings. There’s no leather option, only a leatherette upgrade from the perfectly satisfactory cloth, and weirdly no wireless charging pad available, strange since Chevy has been ahead of many by embracing wireless smartphone projection. You can even connect two Bluetooth devices simultaneously, which is more than many far more expensive SUVs can manage. 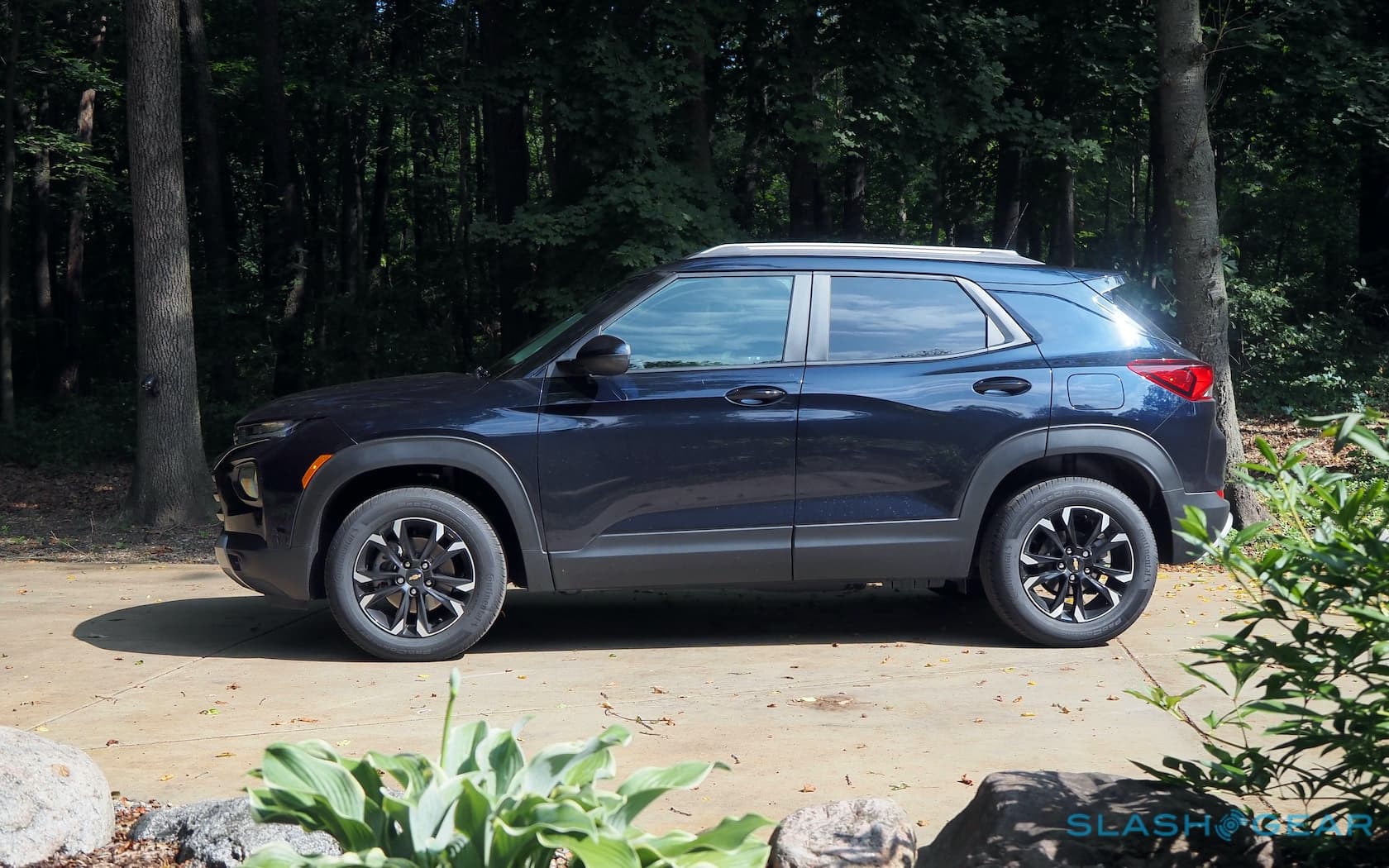 Out on the road, the 1.3-liter engine underwhelms. Acceleration is on the sluggish side, and though urban nippiness is reasonable the Trailblazer starts to feel a little more out of its depth on the highway. Put your foot down to take advantage of a gap in the next lane and there’s a disconcerting absence of grunt as the gearbox hurries to get you back into the power band. On Michigan highways, where a 70 mph limit typically means 80 mph in the slow lane, I held back from openings in faster traffic more often than I would in other small crossovers.

The same reticence appears on more interesting roads, where the Trailblazer fails to bring the fire. Squishy suspension makes some sense when you’re trying to smooth out unruly asphalt – though the short wheelbase and no lack of body roll means rougher sections still make themselves known – but does no favors for enthusiast drivers. 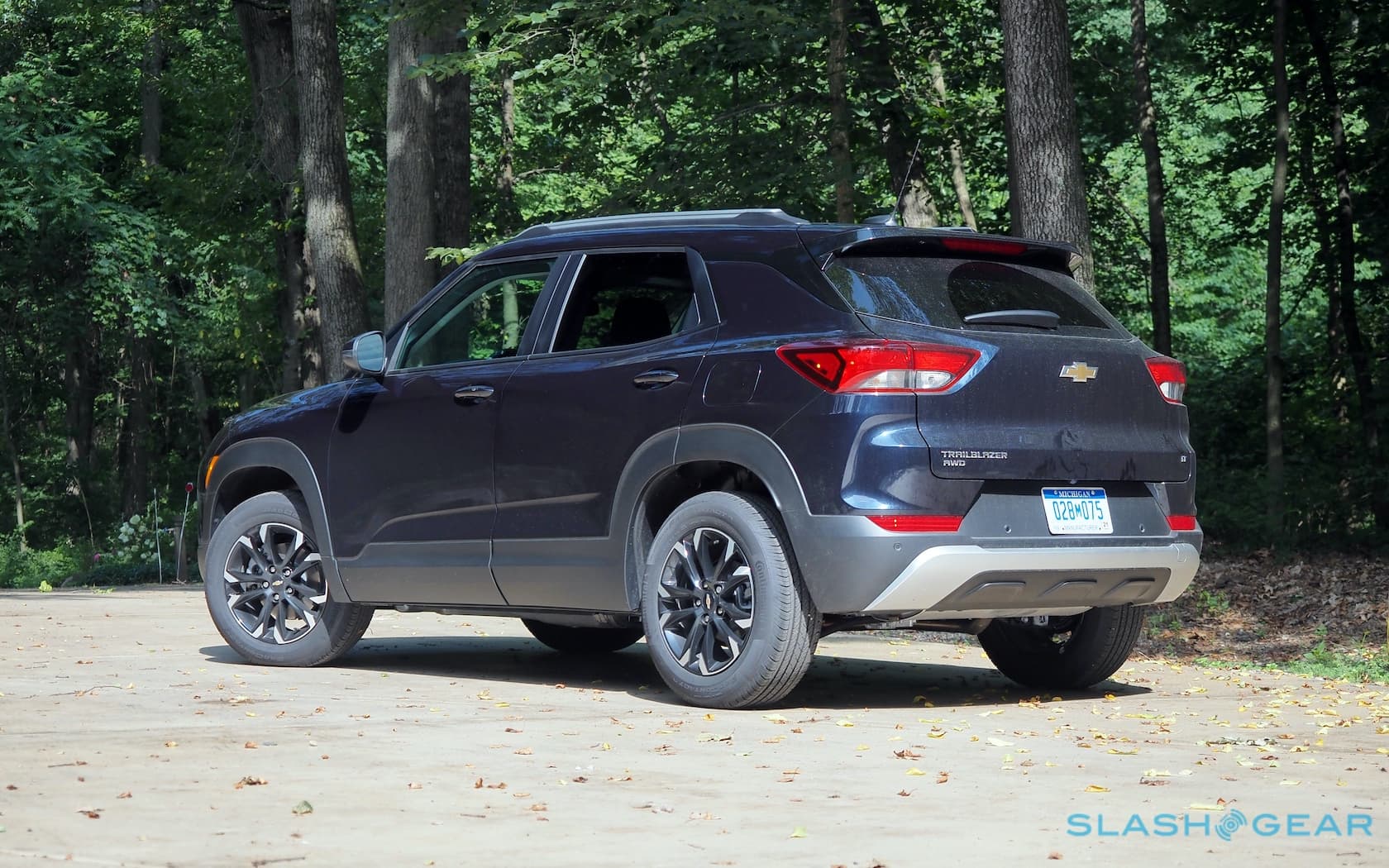 Perhaps, though, that’s asking too much. Economy works in the Trailblazer’s favor, with the 1.3L FWD rated for up to 31 mpg combined by the EPA, and my AWD version for 26 mpg in the city, 30 mpg on the highway, and 29 mpg combined. My mixed driving hit those numbers with no problems. The cabin design is unmemorable, with swathes of different tone plastic failing to lift what’s a generally dark interior, but it at least feels decently screwed-together and spacious.

25.3 cu-ft of cargo space with the rear seats up expands to 54.4 cu-ft with them down. Honda’s HR-V has more; Nissan’s Kicks has less. What the Chevy gets that neither rival offers is a folding front passenger seat, opening almost the full length of the cabin for hauling longer items. The HR-V and Trailblazer have more legroom in the rear than the Kicks does, too. 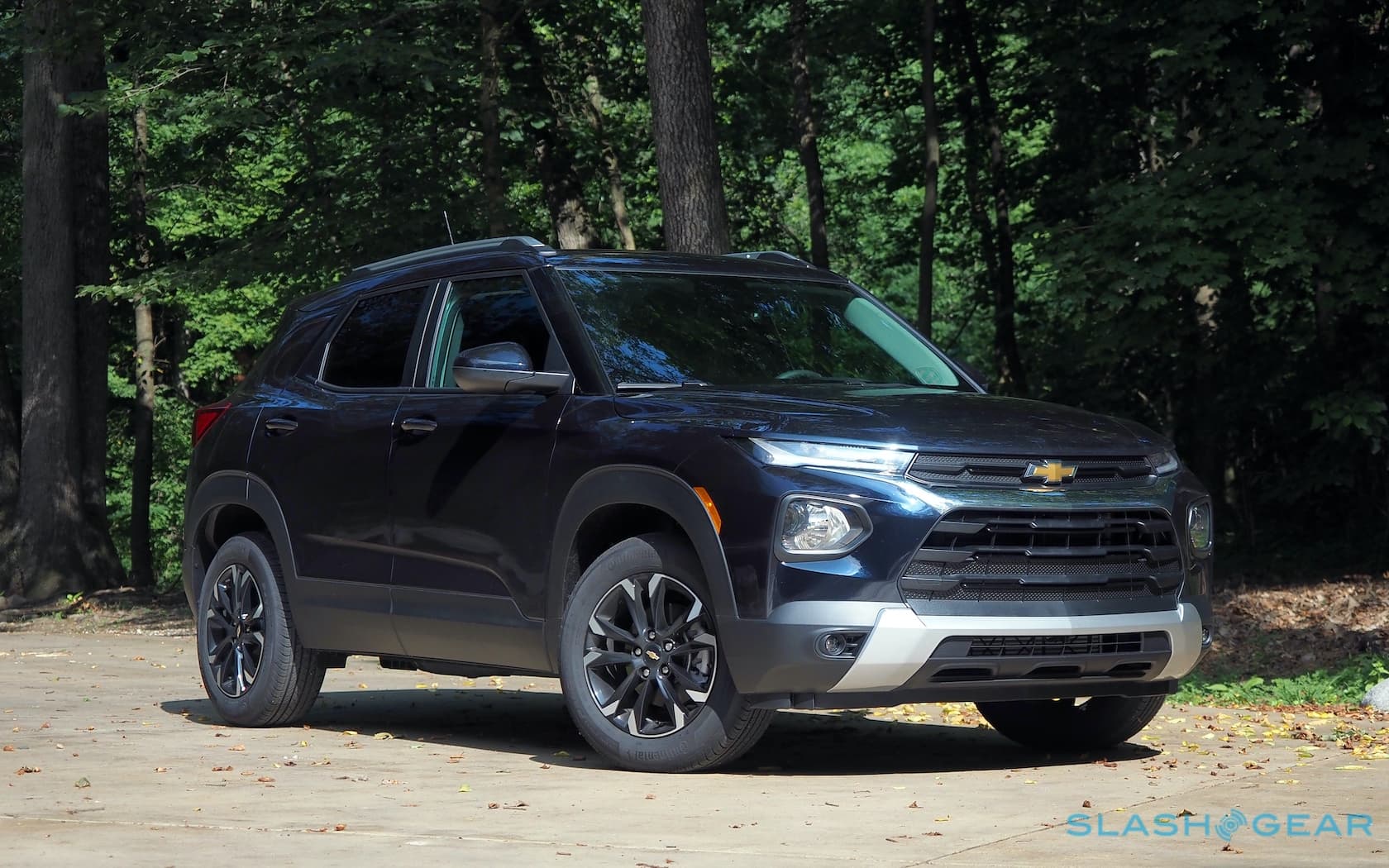 I don’t dislike the 2021 Trailblazer, I just struggle to remember it. The idea of a smaller, peppier version of the Blazer isn’t a bad one, and Chevrolet’s styling has some good angles, it’s just that this compact crossover doesn’t really go far enough in any direction to stand out of the crowd. Mazda’s CX-30 is in the same ballpark for price as this LT trim, but looks and drives so much better. The Trailblazer brings more practicality and cargo space to the party, but I know which I’d rather look outside and see parked on my driveway.