2021 Audi RS7 Sportback Review – When you can only choose one

If your dream garage only has space for one car, you could do a lot worse than fill it with the 2021 Audi RS7 Sportback. Not for nothing has the A7 carved out a space at the top of luxury four-door fastback list. Mercedes’ CLS may have got there first, but Audi’s pared-back styling refined it, and the A7 has arguably come to epitomize the “four-door coupe” category. 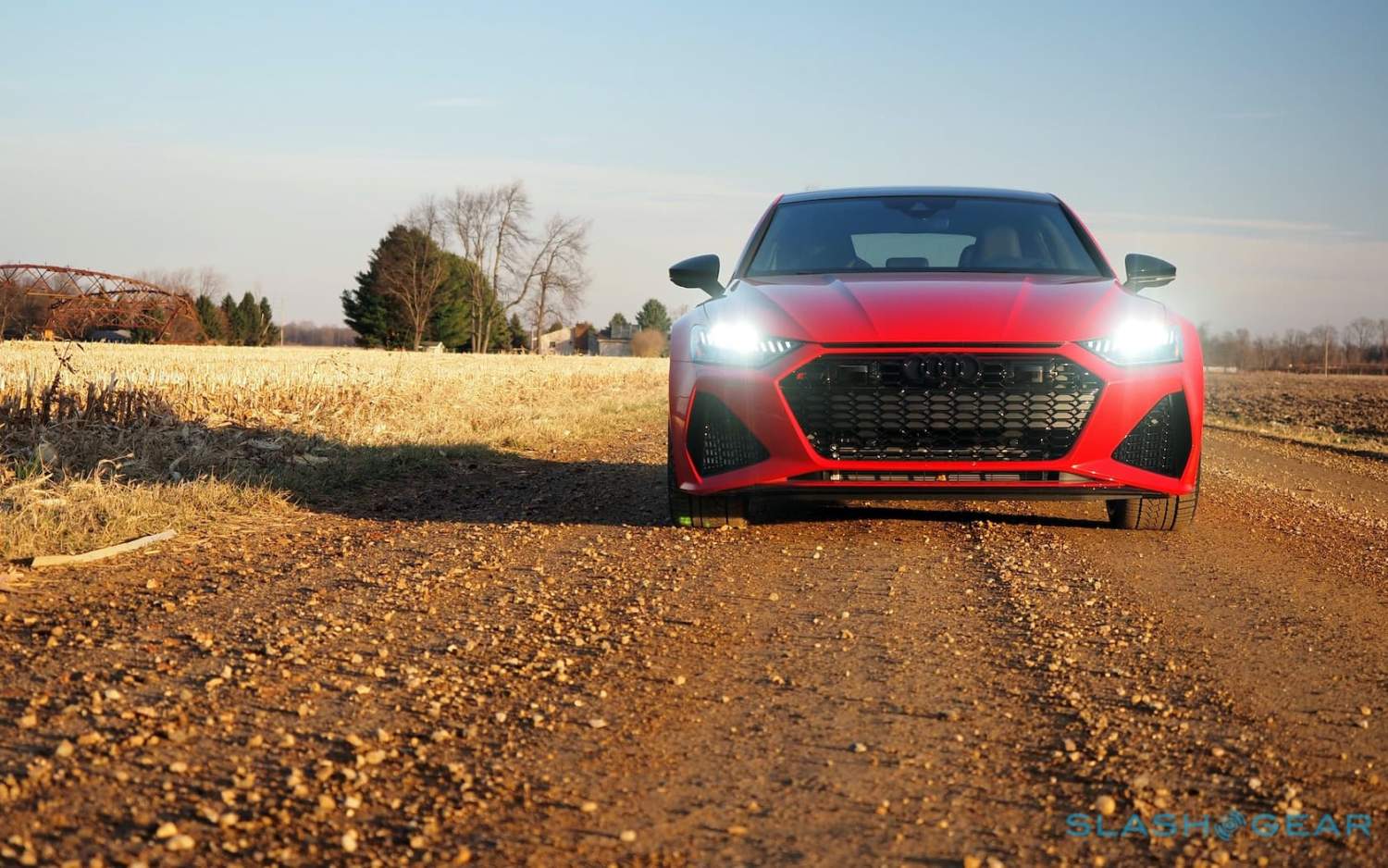 Even among Audi’s handsome line-up, the RS7 stands out. My Tango Red Metallic review car was hardly a surreptitious shade, though the $1,000 sport exhaust’s burble turned heads even before the bright red paint job came into view. It’s wider and sharper in the detailing than the regular A7, trading some of the timeless elegance of that car’s curves and strakes in favor of aggressively gaping grilles and vents. 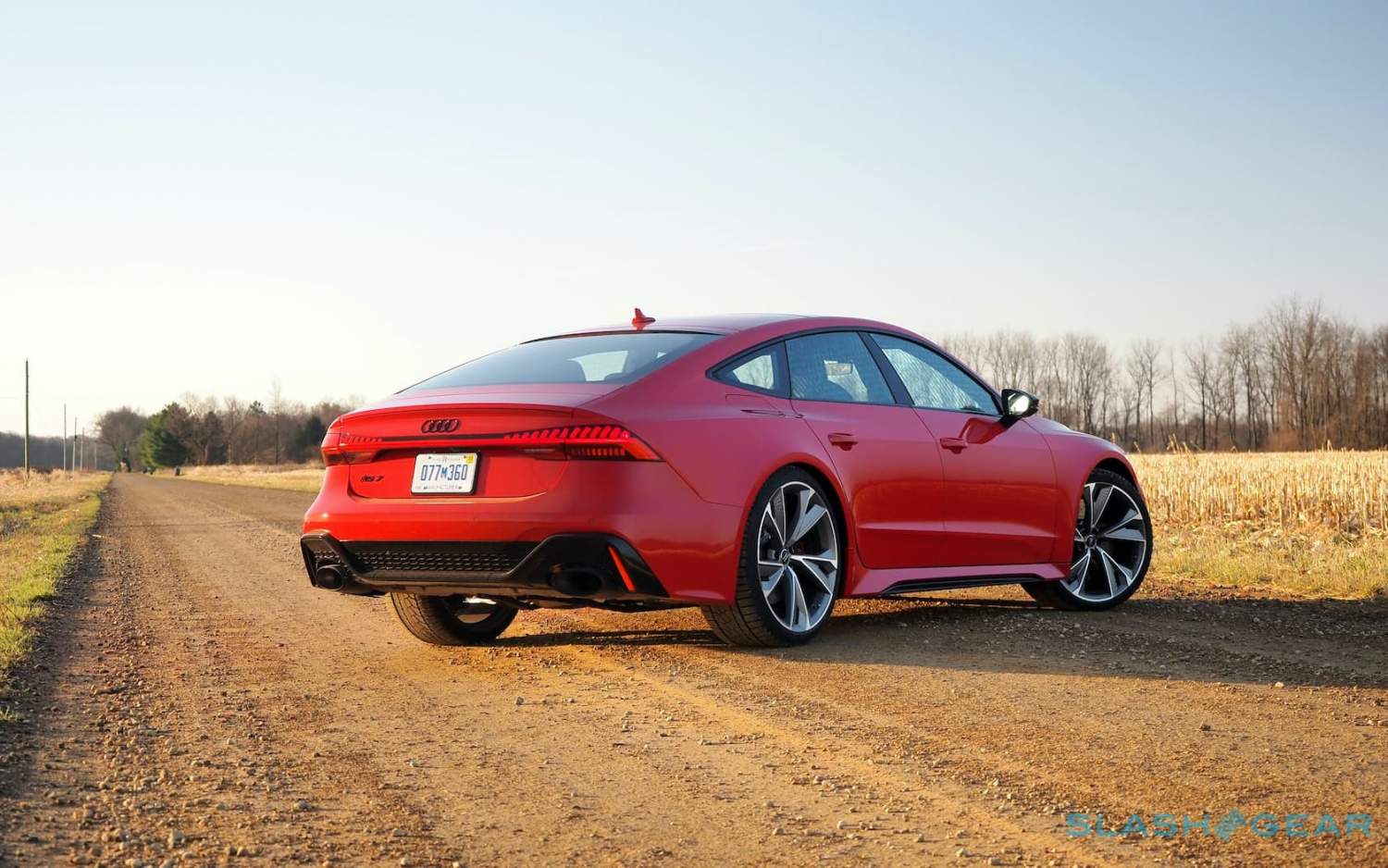 The $2,750 Black Optic package throws on black exterior trim and gets you the glorious 22-inch V-spoke matte titanium wheels. 21-inchers are standard and would probably help smooth out some of the rumbles over lesser asphalt, though with its standard RS-tuned adaptive air suspension in Comfort mode it’s surprisingly compliant. 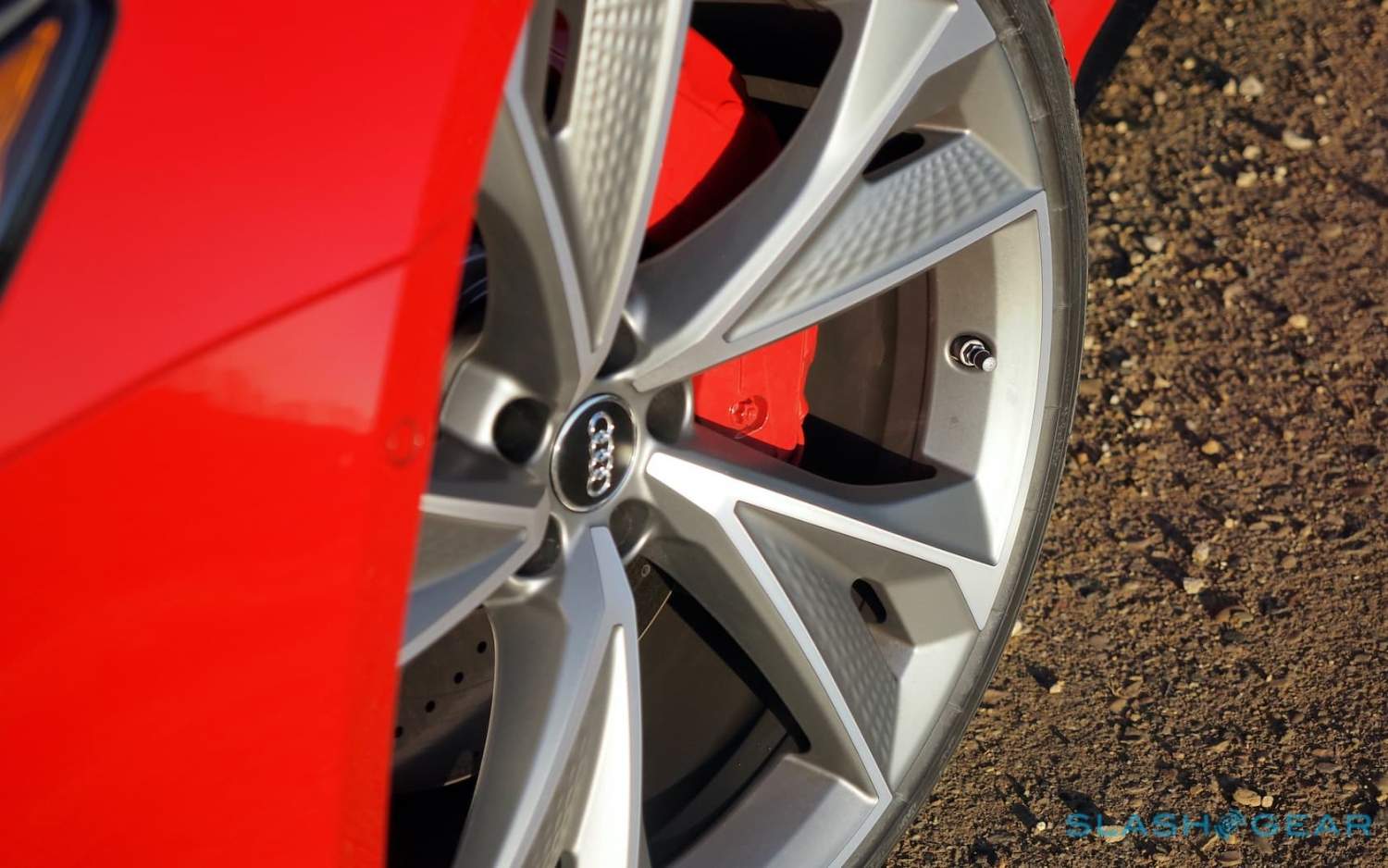 Though you could cruise around like that, better to switch to Dynamic mode where the RS7 has the goods to back up its looks. Quattro all-wheel drive is standard, as is a sport rear differential and electromechanical progressive steering. You also get four-wheel steering. The combination of raw power and tech means it’s exceedingly easy to make the RS7 go very, very fast.

Some recent S-badged Audi models have been dinged by virtue of being a little too restrained in their sportiness. The RS7 makes no such stumbles. Wet roads, snow, slush, tight turns or lengthy straights, nothing seems to make a difference to how willing the Sportback is when it comes to throwing itself forward and gripping until it’s your nerves, not the adhesion, that gives. 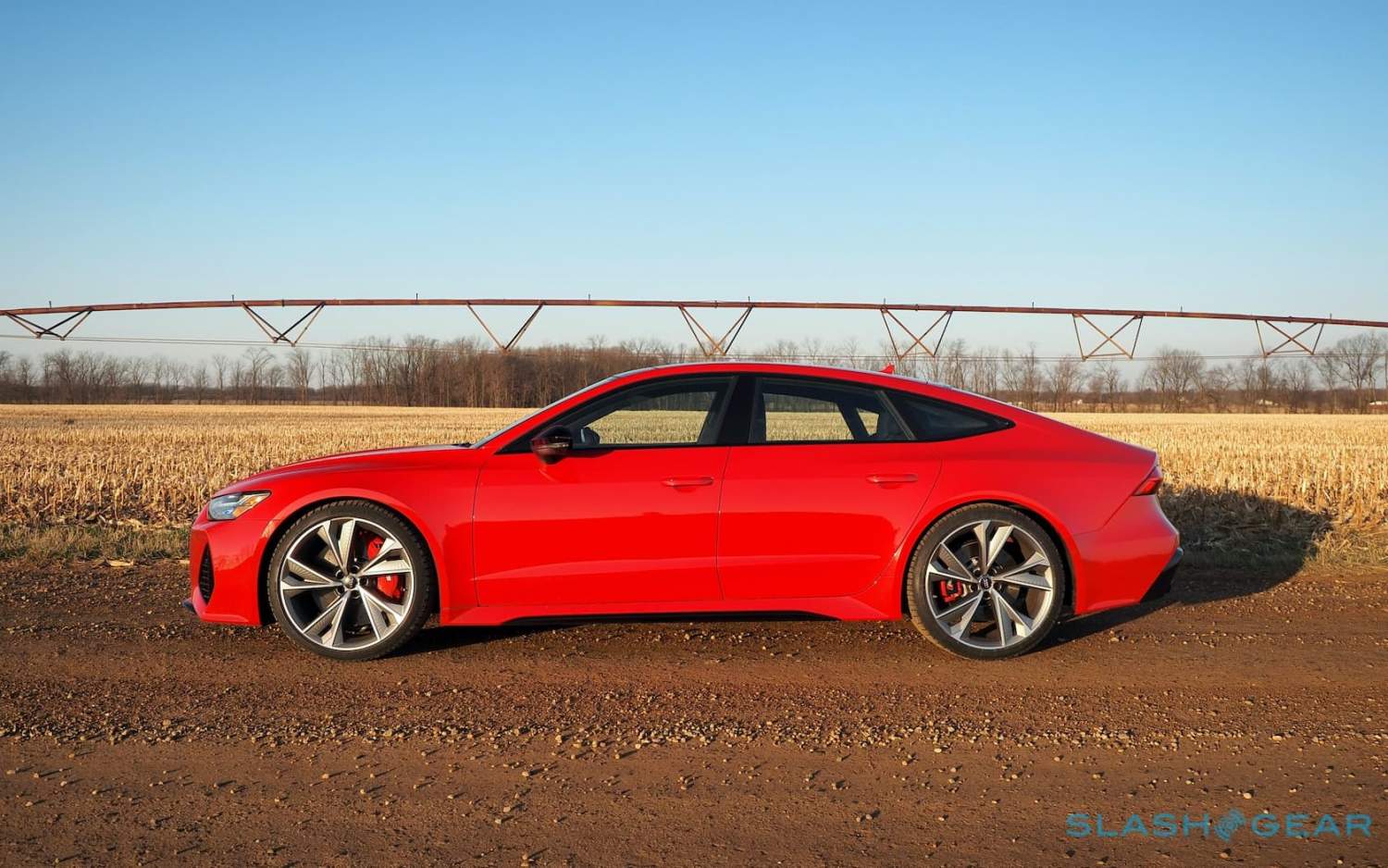 The 3.5 seconds to sixty sounds, frankly, conservative: the RS7 snarling through its achingly rapid 8-speed Tiptronic transmission. But don’t go thinking this red rocket is a one-trick pony for the straight line: the addition of rear-wheel steering and that trick differential swings the power around predictably and potently. It’s a sweet balance of the reassurance of Quattro and the purist pleasure of rear-wheel drive.

I didn’t have the carbon brakes and I can’t say I felt I needed them. The standard steel versions – comprising ventilated 16.5-inch front discs and 14.6-inch rear discs – don’t lack in bite. As for the 48v mild hybrid system, it’s more there to smooth out the stop/start system and keep the electronics running. 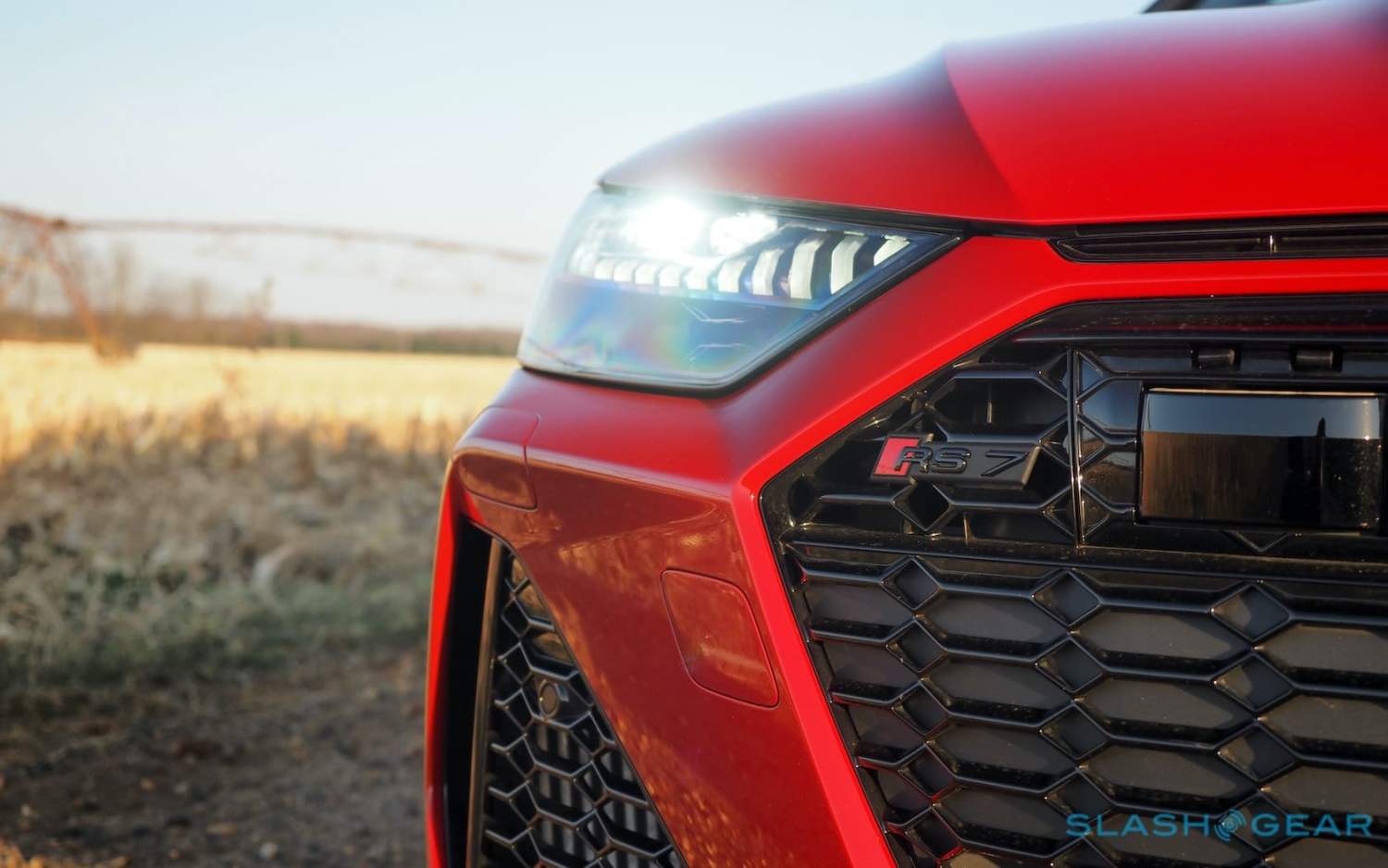 Inside, the A7’s cabin gets a makeover to leave it feeling suitably special. The core niceties remain: a dual touchscreen infotainment system, with Bang & Olufsen 3D Premium sound, four-zone climate control, power sunroof, and Sirius XM. Audi’s MMI keeps getting refinements: it’s clean and crisp, easy to navigate, and the lower display keeps things like HVAC controls available persistently even if you’re projecting Apple CarPlay or Android Auto up top. Dedicated buttons for the drive modes are joined by an RS button on the wheel, which you can configure to your choice of settings for one-touch access. 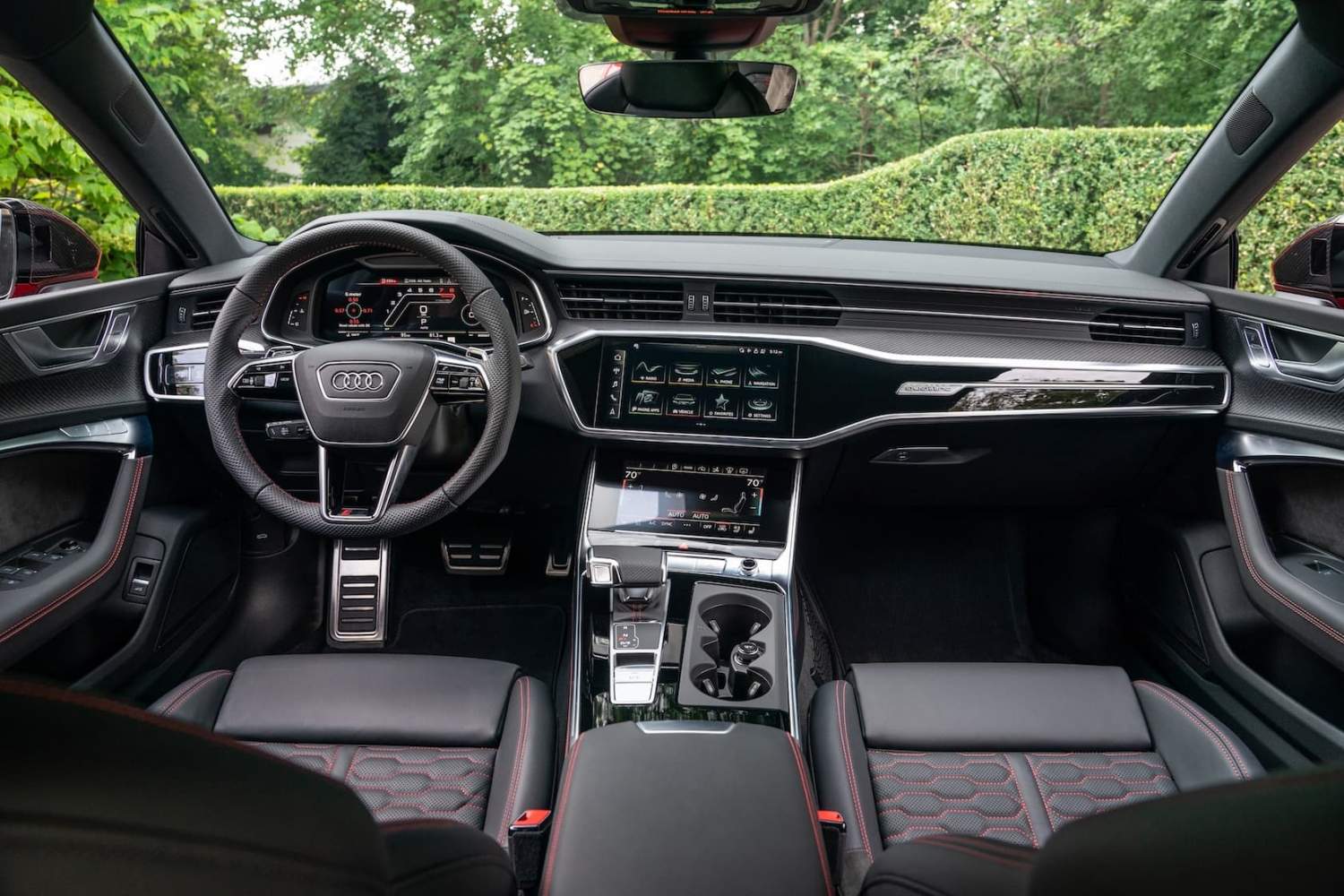 The $2,500 Executive Package extends the leather and adds heated rear seats, power soft-closing doors, and a head-up display. There’s a surprising amount of space in the rear, too, even for taller folks, while the 24.9 cu-ft of cargo space is almost the same as you get in an Q5 SUV. 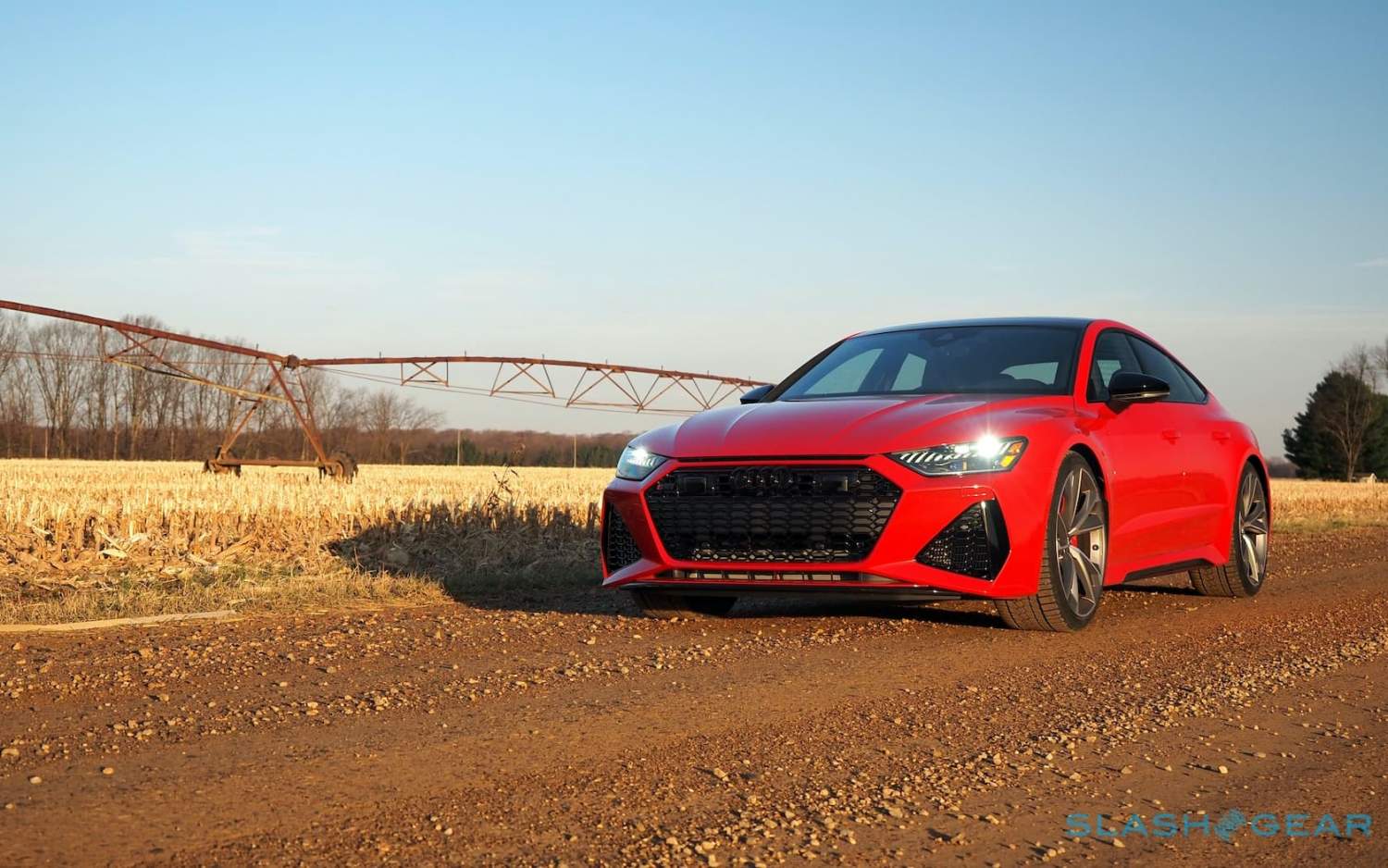 In fact the only frustration, really, is that the Driver Assistance Package is a $2,250 option. That adds adaptive cruise control with lane-assistance, upgrades the active safety tech to include Audi side assist, rear cross traffic, and pre-sense rear, plus intersection assistance. I can’t help but feel like it should come standard, as the parking sensors, 360 camera, forward collision warning and assistance, and lane departure warnings do. 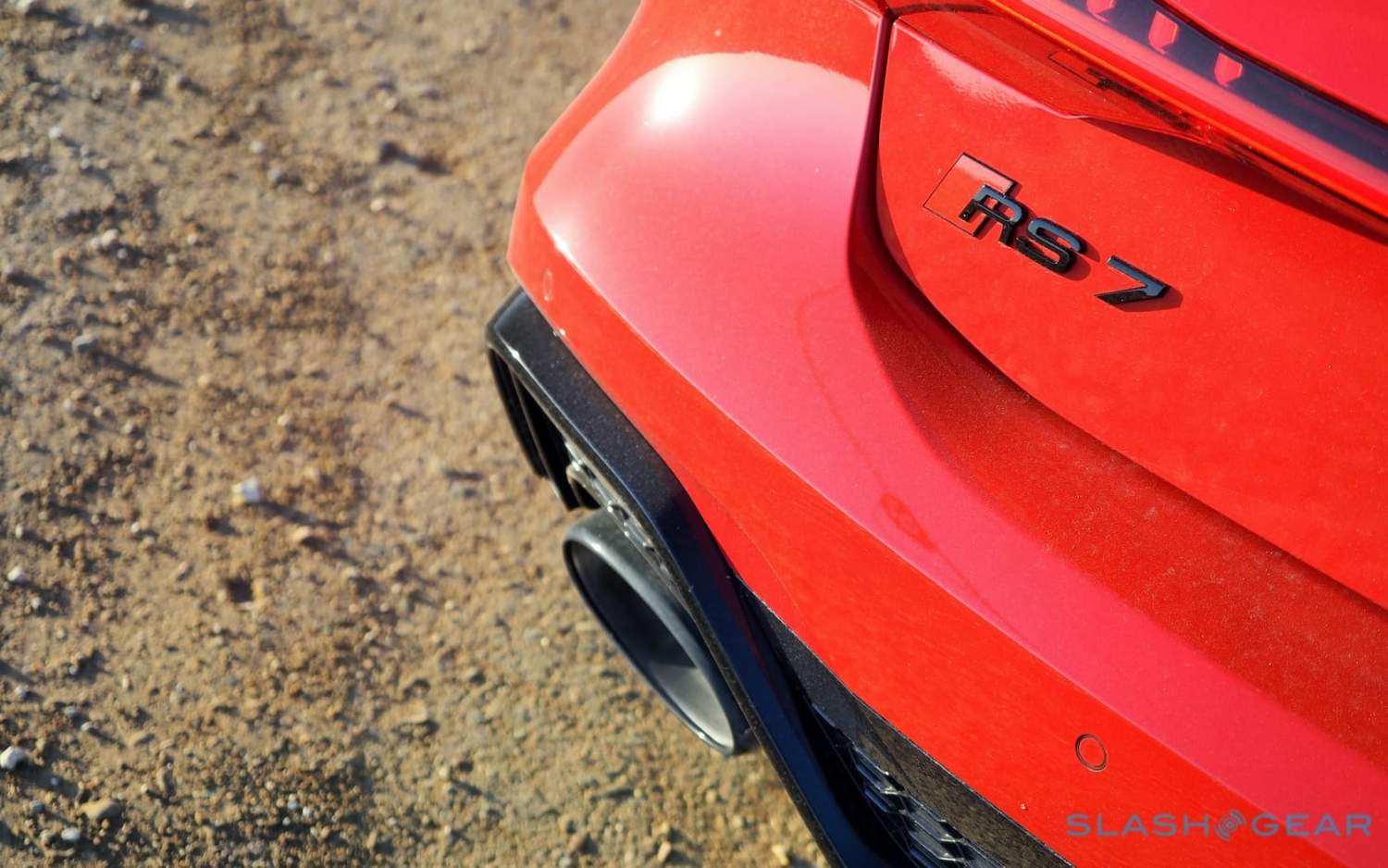 All-in, including $1,045 destination, my review car totaled up to $125,140. Not cheap, certainly, but still less than the starting price of Porsche’s Panamera GTS, and for more power and arguably cleaner looks.

What drives the RS7 Sportback’s charm is the absence of compromise. Need a luxury ride? Switch to Comfort and waft along. Want to make the most of driver-friendly roads? Hit the RS button on the wheel and get ready for some fun. Need to stock up on a month’s groceries in one go? That big trunk is surprisingly capacious. 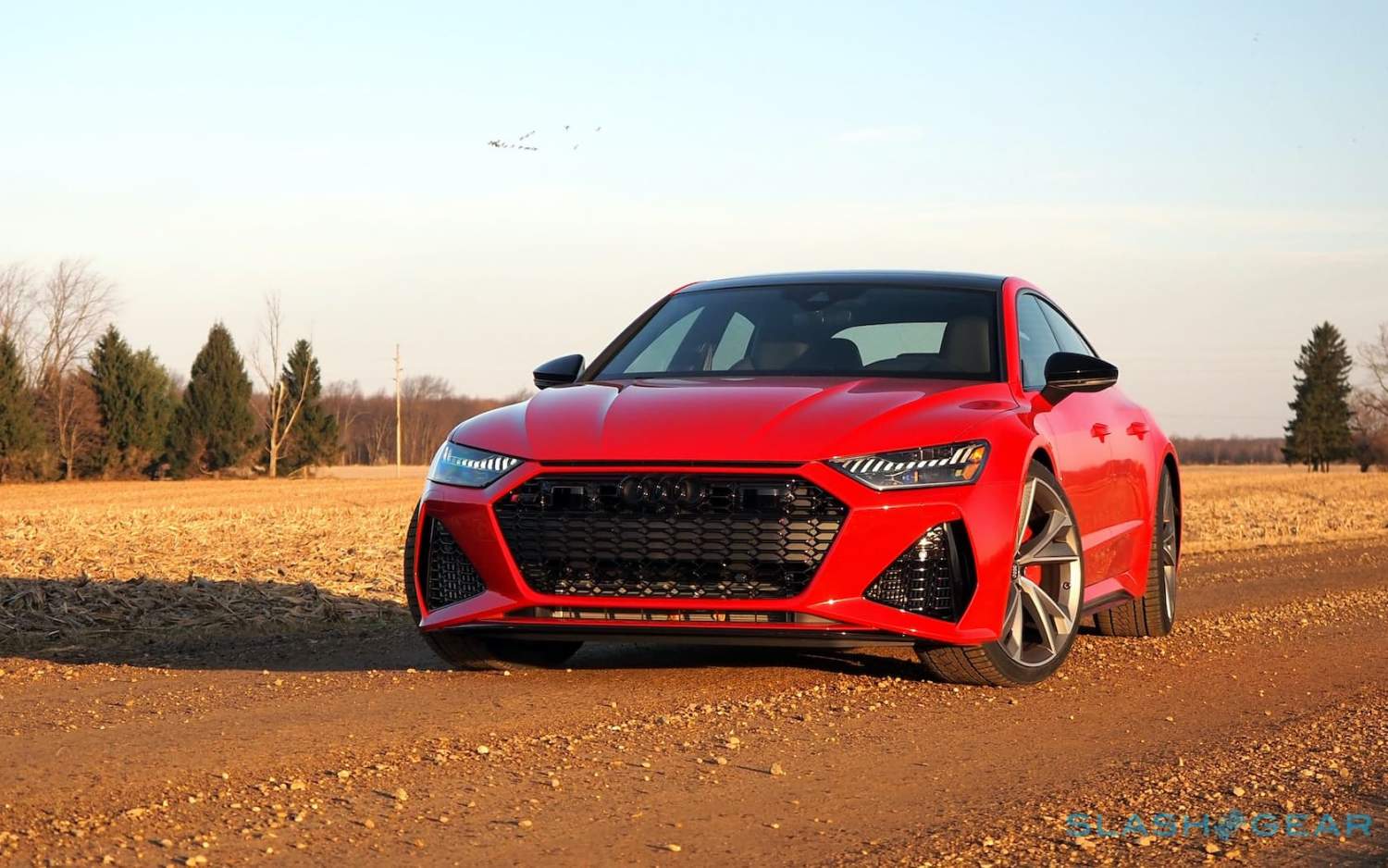 For me, that adds up to a worthy candidate for the one-car-dream-garage crown. Indeed if there’s a competitor, it may very well be coming from inside the house. The 2022 Audi RS e-tron GT quattro will have 589 horsepower and 612 pound-feet of torque and do 0-60 in 3.1 seconds; it’s also all-electric so as well as the everyday flexibility you’ll be able to avoid the gas station, too.

Perhaps, then, the EV is the future. For now, though, the 2021 RS7 Sportback is the sports car of choice for all seasons.