Audi has revealed its latest SUV, with the 2021 Q5 Sportback taking the automaker’s best-selling model and giving it a design makeover. While the front may look like the regular 2021 Audi Q5, from there B-pillar back the Sportback is all-new, with elongated C/D-pillars and a more stylized rear.

The resulting SUV sacrifices a little practicality but gains in eye-appeal. At the front there’s the familiar Singleframe grille, flanked with either regular LED or matrix LED headlamps. Audi drops the Q5’s standard roof rails – though they’re available optionally with the Q5 Sportback – but adds an oversized rear diffuser and more distinctive contrast color trims. 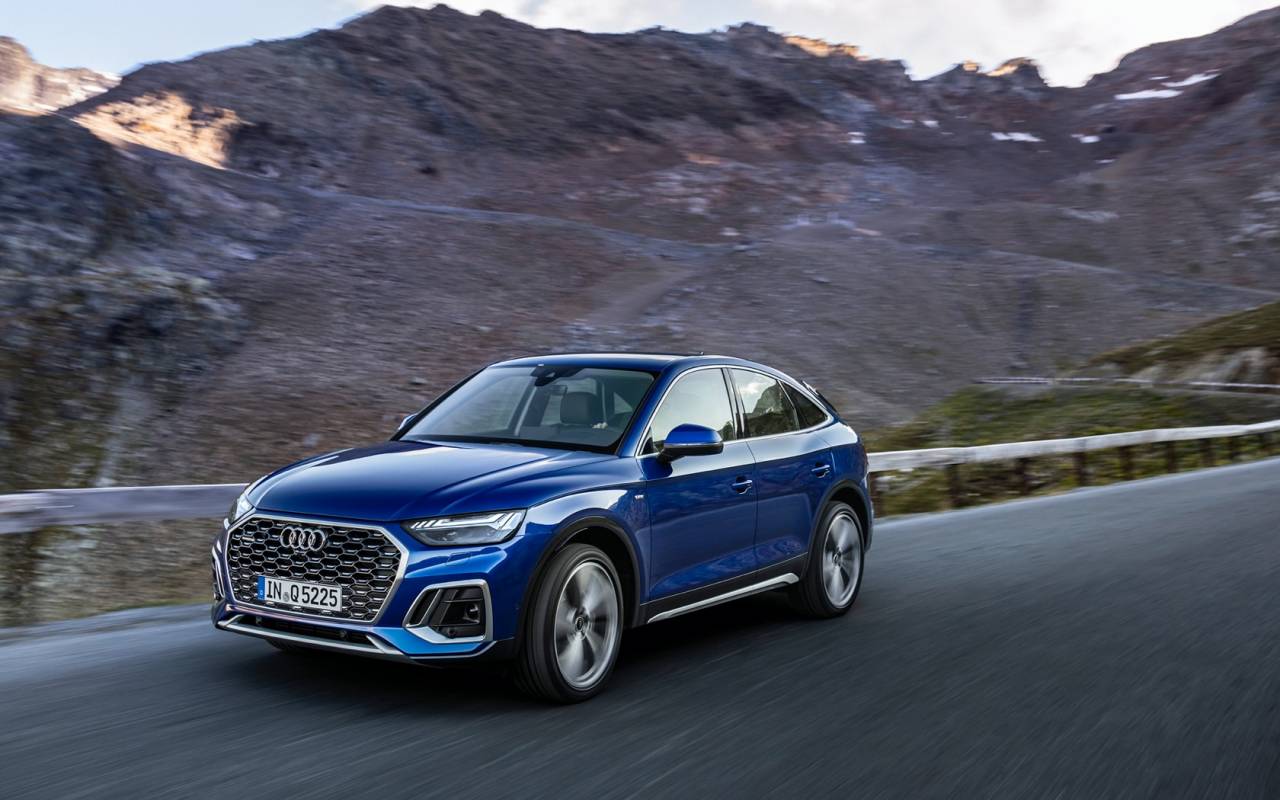 Also at the rear are the automaker’s cutting-edge digital OLED lights. Made up of six segments, each individually controlled, there’ll be three different configurations available at the point of ordering. Each of those will have a dynamic lock and unlock light pattern, along with a graphic shown only when the SUV is in the Dynamic drive mode.

Both Advanced and S line trims will be offered, along with 12 colors – the same array as for the regular Q5 – plus a black styling package. As for the trunk, that will offer 18 cu-ft of capacity, expanding to 52.3 cu-ft with the rear bench folded flat. In the standard Q5, those capacities are 25.1 cu-ft and 53.1 cu-ft respectively. Audi says a six foot passenger should be fine for headroom in the rear, despite the slanted roofline. 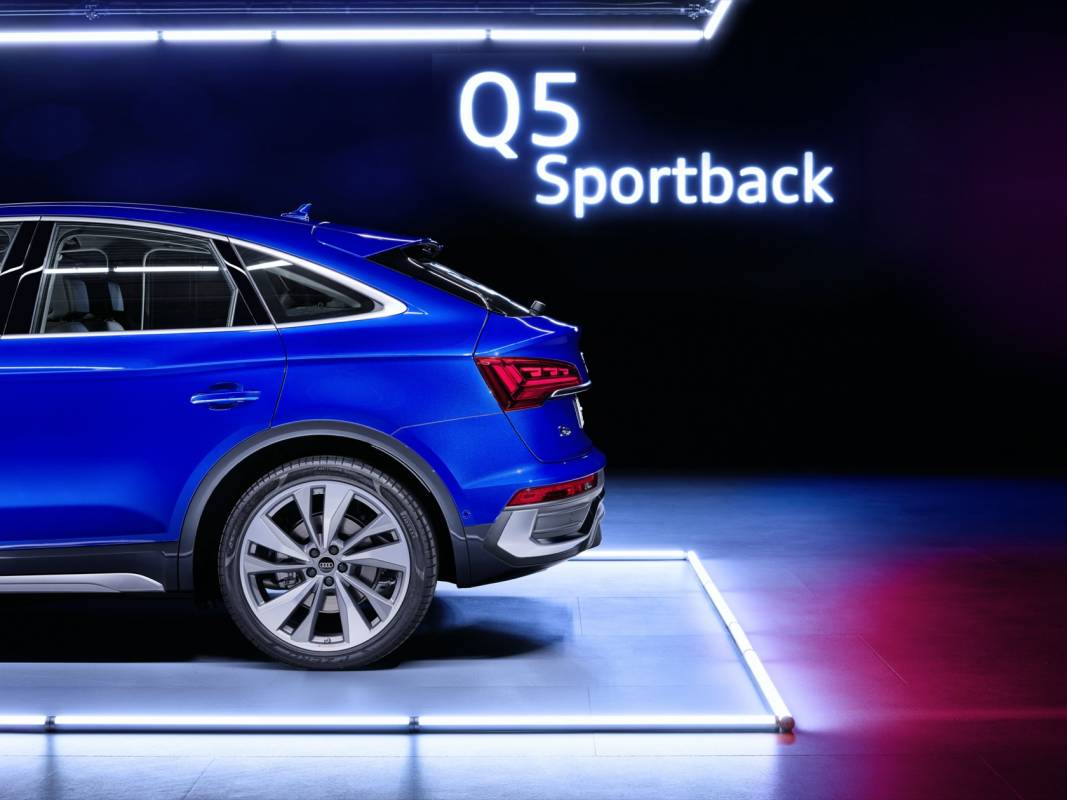 A “rear seat bench plus” option adds adjustable back angles and allows the bench to slide back and forth. A power tailgate, with a foot-activated trigger, is standard. As for towing, the Q5 Sportback is rated for 2.65 tons, though that’s based on the European approvals and might change by the time it reaches US roads.

Unfortunately there are still some glaring omissions. For a start there’s no plug-in hybrid option in the US, though Europe will get that option. Despite the more sporting aesthetic, meanwhile, the underlying suspension and chassis are the same; indeed, Audi confirmed, the technology under the sheet metal is all identical. 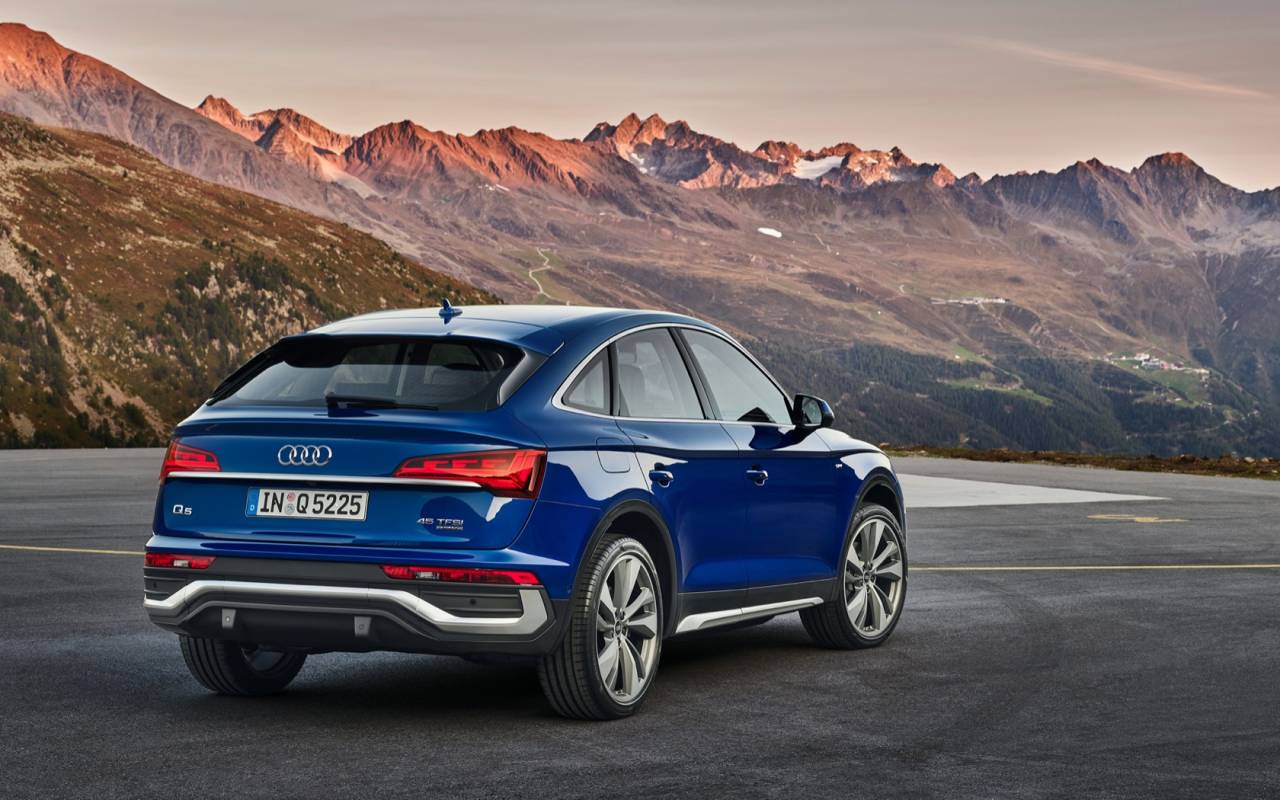 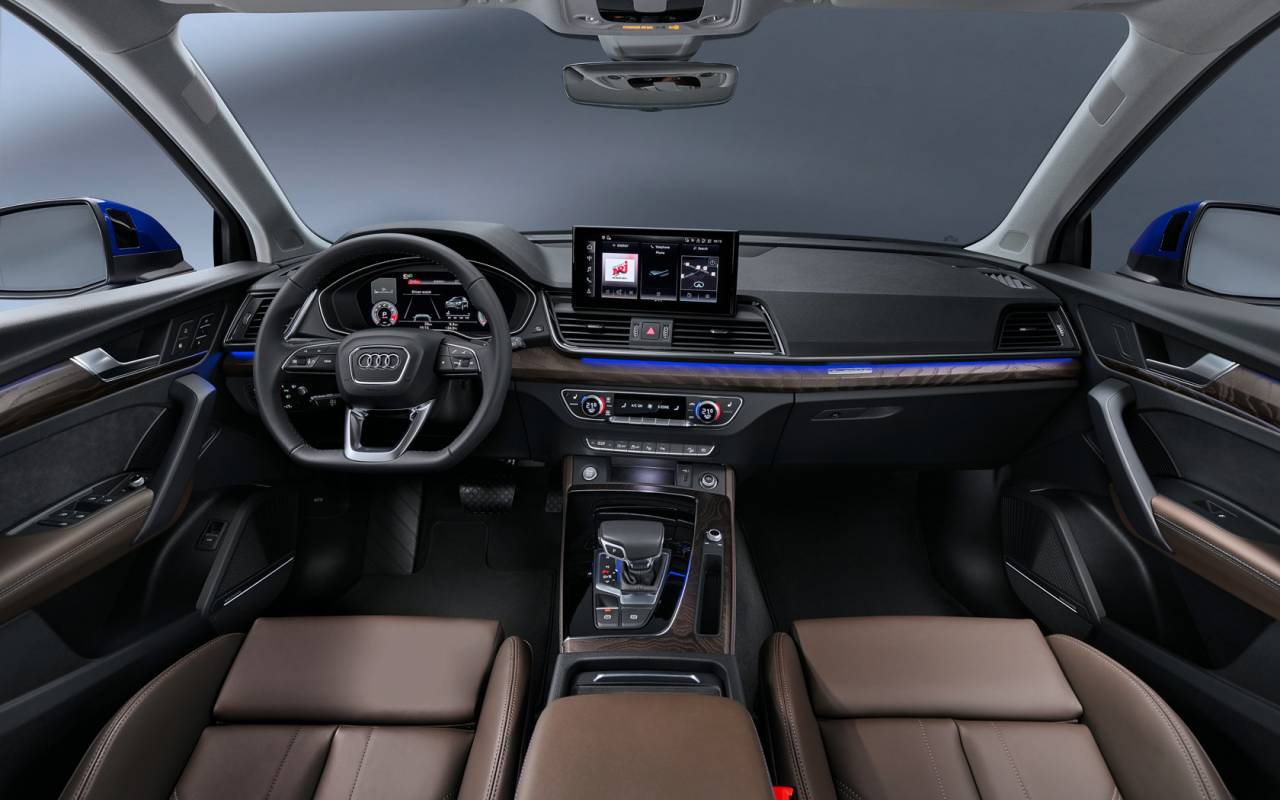 Inside, the 2021 Q5 Sportback has the same 12.3-inch virtual cockpit option and a 10.1-inch touchscreen for the MMI navigation plus infotainment system. It’s MIB3, Audi’s third-generation system, with “Hey Audi” voice control, cloud-based driver profiles for personal settings, and V2V information sharing that allows so-equipped Audi vehicles to warn each other about accidents, poor weather conditions, and the ends of traffic jams. How much of that will be available in the US remains to be seen. 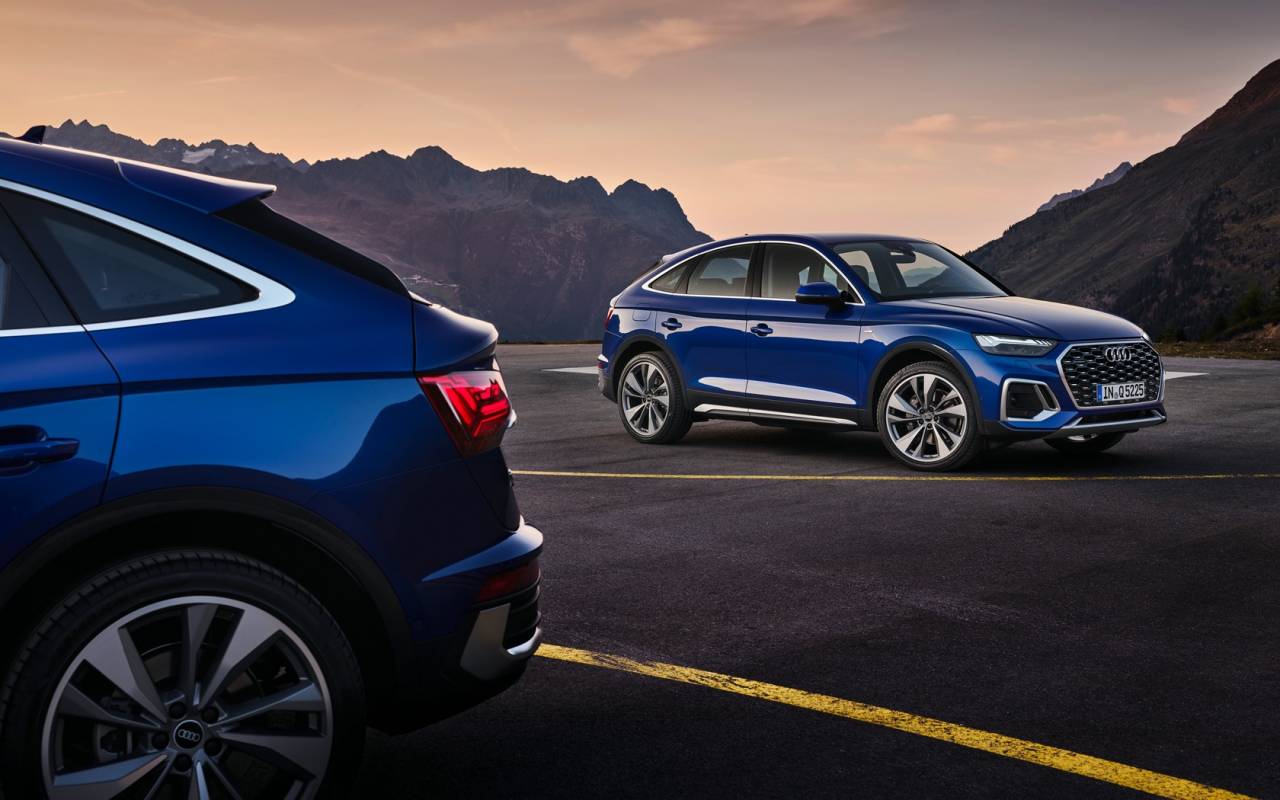 The Audi phone box and a Bang & Olufsen 3D Premium Sound System will be optional, as will adaptive cruise assist with lane-keeping assistance and a capacitive steering wheel. Audi pre sense city is standard, while turn and swerve assist, cross-traffic assist, and exit warnings are optional.

Audi says that production of the 2021 Q5 Sportback will kick off at its San José Chiapa in Mexico in the first half of 2021. It’ll go on sale in the US in mid-2021, with pricing to be confirmed closer to that point.