VW is teetering on the edge. On the one side, the exciting side, there are all-electric cars like the 2021 ID.4 crossover: zero-emissions, instantaneous electric torque, and eye-catching styling that screams “this is Volkswagen’s future.” The 2020 VW Passat R-Line 2.0T represents the other side of that line, and while that doesn’t automatically make the sedan bad, it does make it trickier to get enthusiastic.

“You know where you are with a Passat.” That’s not VW’s tagline, but it so easily could be. Stalwart of the automaker’s range and now in its eighth generation, the Passat may have seen trends come and go since its debut in 1973, but its core premise has remained the same. 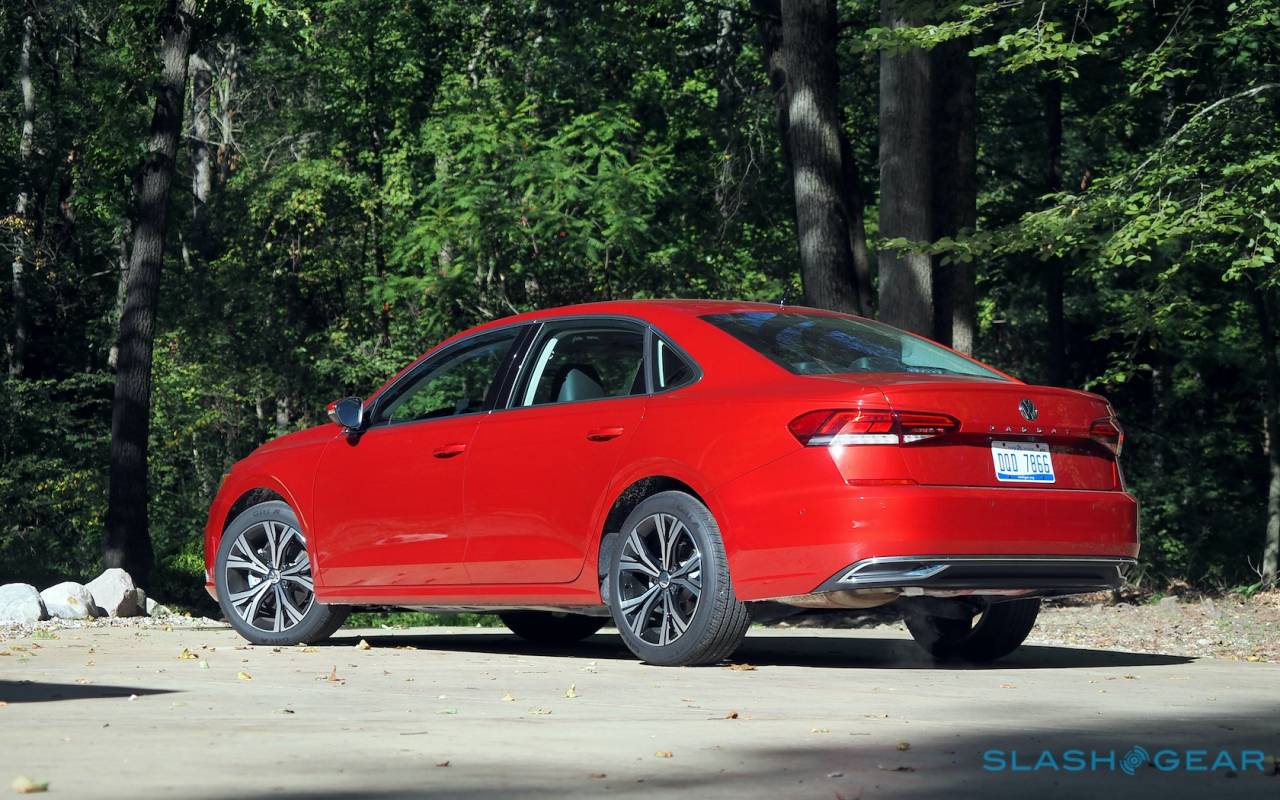 Affordable. Sized for a family. Neatly equipped, but not too fancy. You should, after all, feel comfortable enough to put your teen driver behind the wheel and not worry too much.

In 2020 Passat R-Line 2.0T form, the “affordable” part clicks up to $29,565 plus $920 destination. The $6,570 premium over a base Passat gets you a power sunroof, slightly sportier front and rear styling, rain-sensing wipers, and 19-inch two-toned machined alloy wheels rather than 17-inchers. Inside, you sit on leatherette rather than cloth, with heating for the front seats, 8-way power adjustment for the driver, leather on the wheel and gearshift, dual-zone climate control, and fancy ambient lighting. 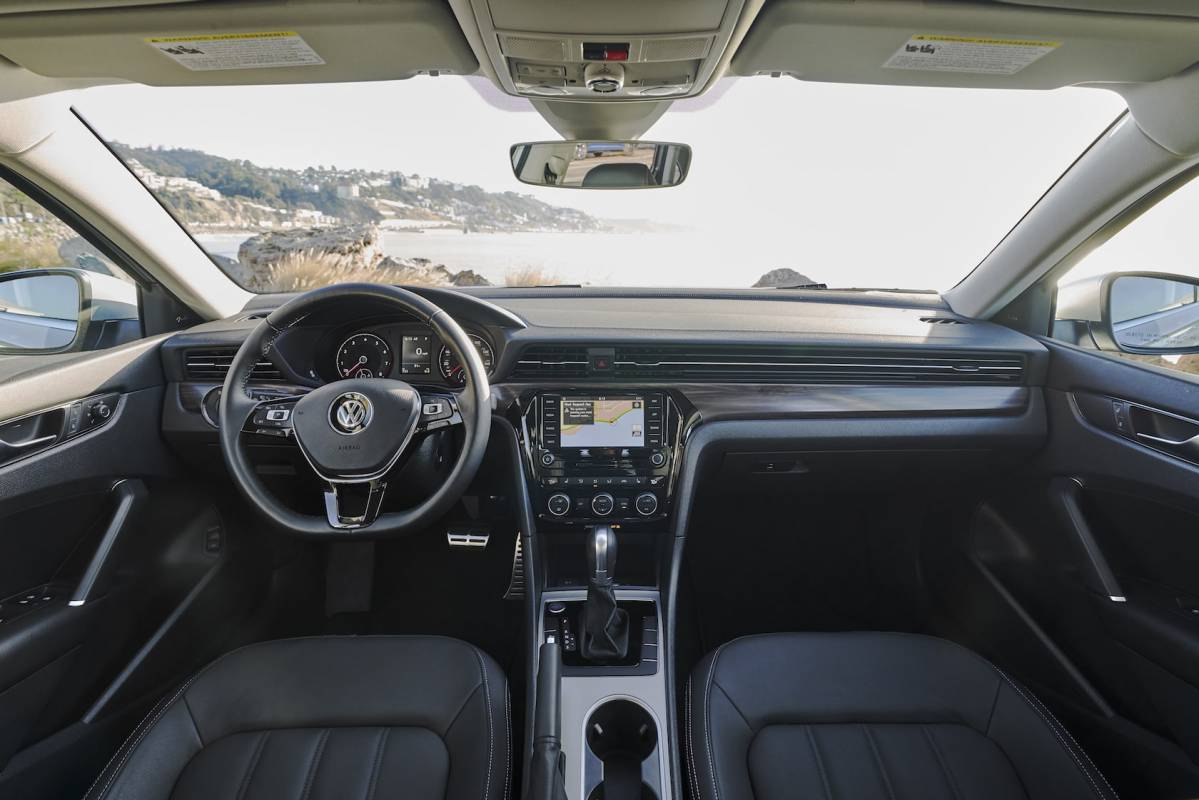 It’s an appearance package, not a performance one, and so the 2.0-liter inline 4-cylinder turbo engine is the same, as is its 184 horsepower and 221 lb-ft of torque. You get the same 6-speed automatic transmission, too, electromechanical power steering, and a suspension setup that uses independent MacPherson struts at the front and an independent 4-link system at the rear.

There’s no manual, not any more, and nor is there the MQB platform underneath. North America’s Passat may share a name with its European cousin, but the version we get here is actually still on the old architecture, in the process allowing it to be both bigger and cheaper. 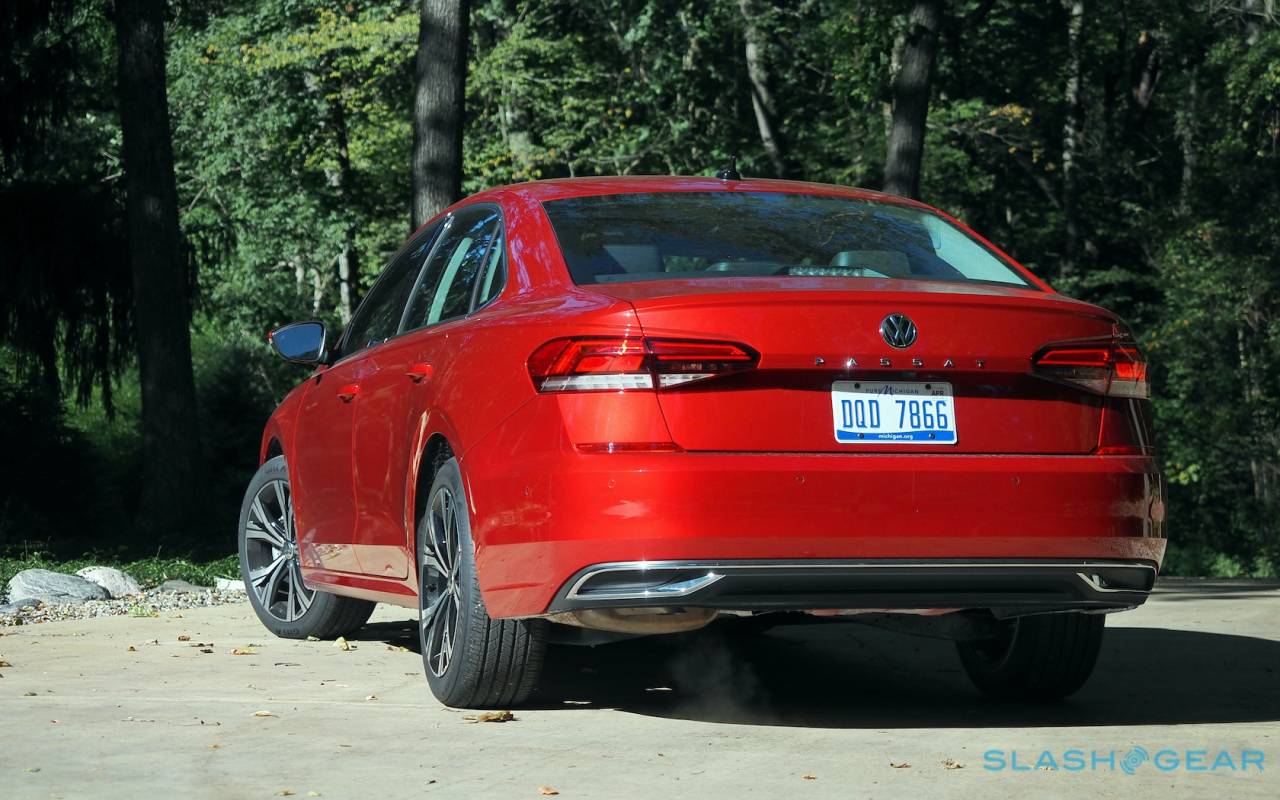 It’s a value play, but it hardly makes for an exciting ride. Indeed, while Toyota’s Camry often gets slammed as a four-wheel appliance, the Passat feels far more like “the car for people who don’t really care about cars” than its Japanese rival. There’s enough acceleration, the steering lacks feel but is light enough to be inoffensive, and it’s cushy enough on the highway to soak up most of the bumps and grooves. Come the corners and you’ll be unsurprised to hear that the Passat is no handling demon. All the same, it’s a reminder that sedans – with their lower center of gravity – have some dynamic advantages against crossovers out of the gate.

Inside, there’s good and there’s bad. VW’s cabin is a dark place, its design solid and inoffensive. The 6.3-inch touchscreen supports Apple CarPlay and Android Auto, and the R-Line gets one USB to plug your phone in up front, and two USB for charging in the spacious rear. The display looks tiny in the sea of black plastic, though, while the analog instruments and controls are leagues away from the high-tech digital dashboard that the ID.4 gets. The driver’s seat is comfortable, but once you notice the wheel is slightly offset from the pedals you’ll never be able to ignore it. 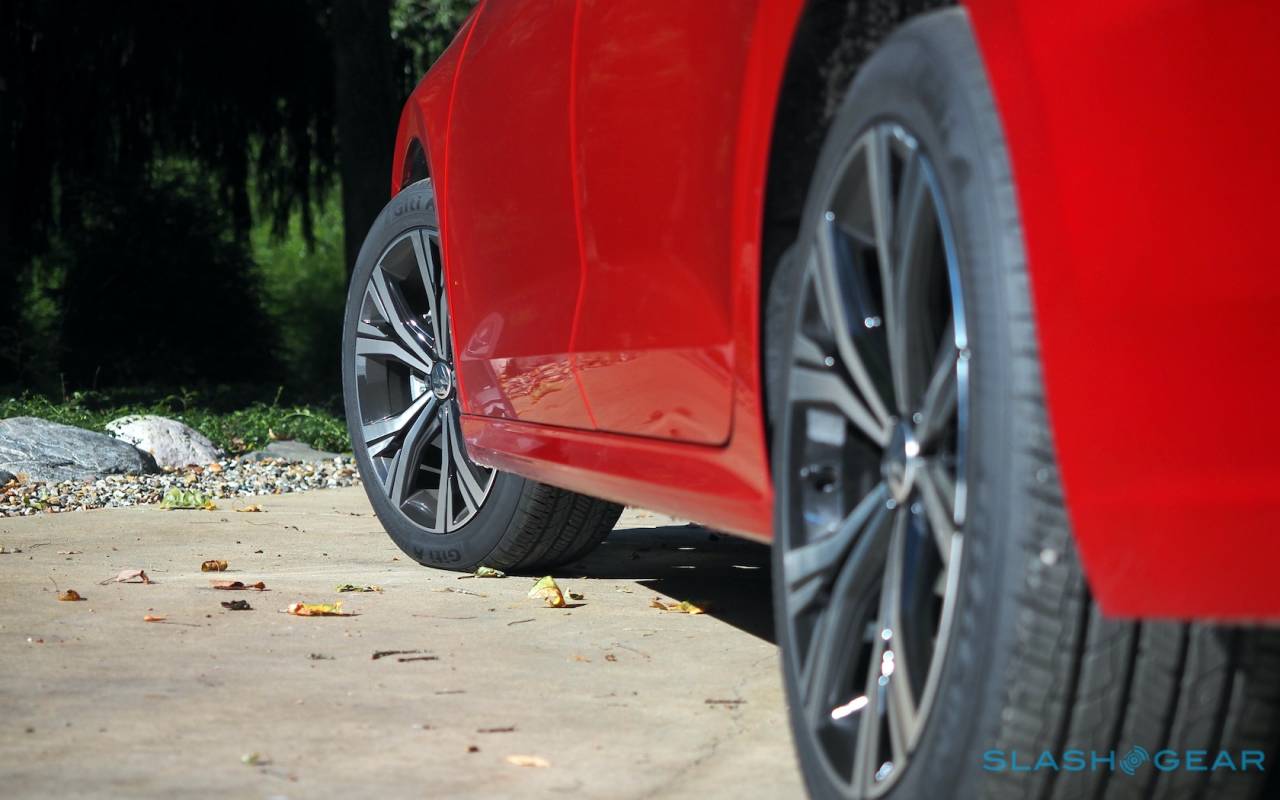 Safety equipment, though, is plentiful and the key systems are standard. There’s blind-spot warnings, rear traffic alerts, and front collision warning with pedestrian monitoring and braking-assistance, while all but the base trim get adaptive cruise control and lane-keeping assistance. There are six airbags, but the R-Line misses out on the SEL’s parking sensors and assistance.

Thorn in the 2020 Passat’s value argument is VW’s more miserly warranty. Used to be, you’d get a generous six years/72,000 miles of coverage; now, that’s been trimmed to a more typical four years/50,000 miles. Fuel economy is down, too: the 2020 car is EPA rated at 27 mpg combined, 23 mpg in the city, and 34 mpg on the highway. A sensible right foot will find those numbers fairly achievable, though rivals best them, and the 2019 Passat clocked up two points higher across the board. 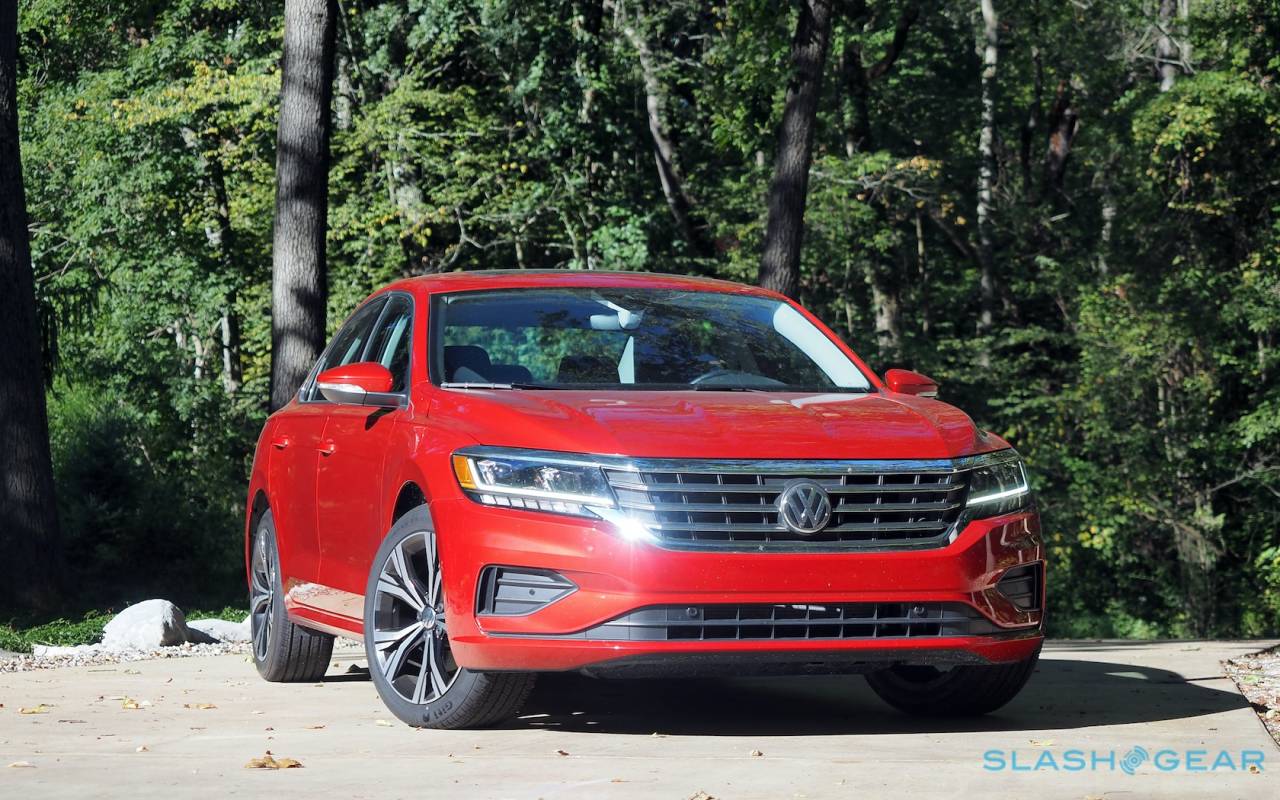 In the imaginary VW dealership of my mind, the ID.4 is parked up front, amidst the well-received SUVs and crossovers that have helped buoy the automaker’s fortunes in recent years. The Passat, however, finds itself at the back, next to the coffee machine and the photocopier. It’s not that it’s a bad car, it’s just hard to get excited. 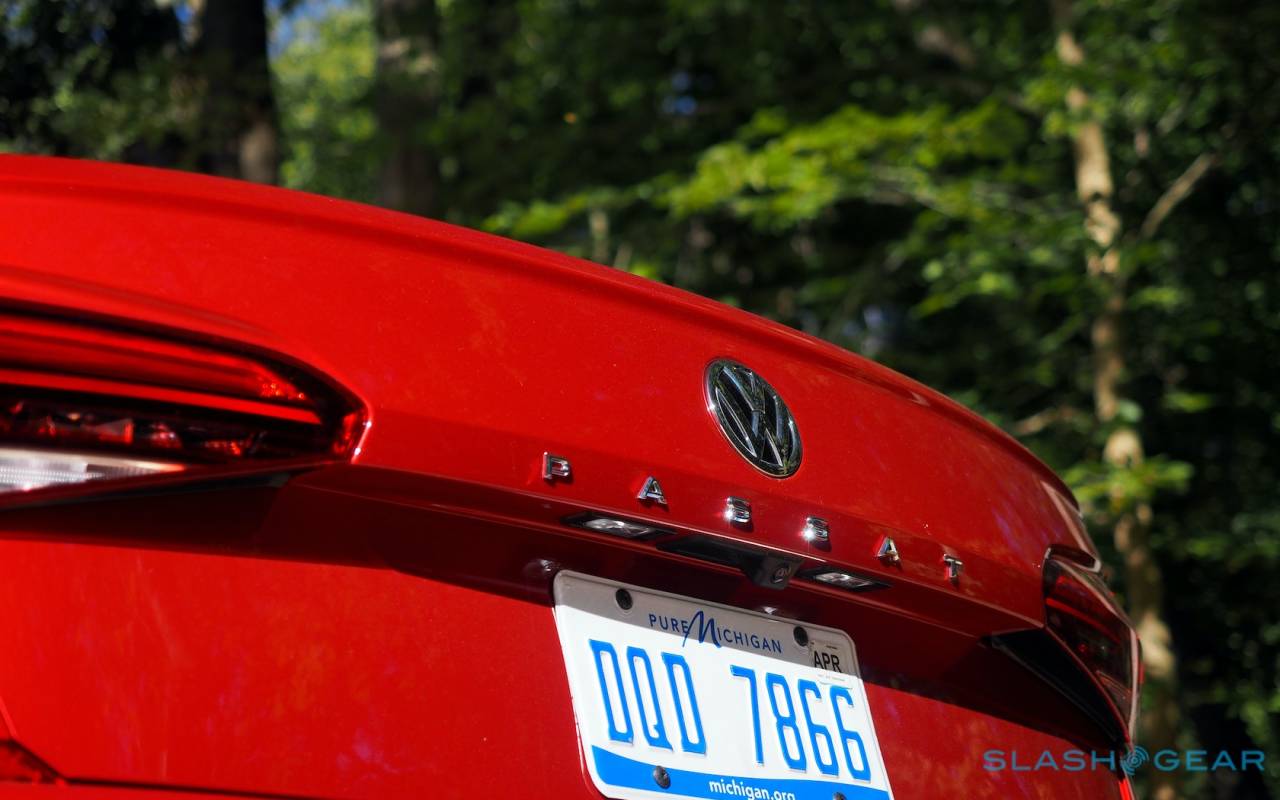 VW’s argument is that sedans have become a minority percentage of new vehicle sales and customers are highly price-sensitive. Both of those things are true. All the same, rivals like the Honda Accord and the Toyota Camry have demonstrated that you can have more excitement and nicer accommodations for about the same price. While there are compromises no matter which you go for, were I in the market myself my feet would be taking me to the Honda and Toyota showrooms first.

The electric future that Volkswagen is mapping out right now is fascinating. The ID.4 is just the start, the first foray of a highly flexible platform and the iceberg’s tip of a flood of new EVs over the next couple of years. That alone would be enough to overshadow even a great Passat; one that’s merely okay doesn’t really stand a chance.