Driving pickup trucks gives me some insight into what it must feel like being a big, burly boy rather than a 5’8 pipsqueak with a British accent and social anxiety, so it should come as little surprise that I particularly enjoyed the 2020 Ram 2500 Power Wagon. While it may not be the largest of the Ram truck family – it lacks, for example, the sumptuous hips of the Ram 3500 – the Ram 2500 is hardly discreet.

“Beauty meets brawn” is the official tagline, neither of which has ever been applied to me. Then again, I don’t have bulging fenders, a vast grille molded like a drooping handlebar mustache, or a standard front electric winch. People would probably think me a lot more butch, if I showed up with my own electric winch. 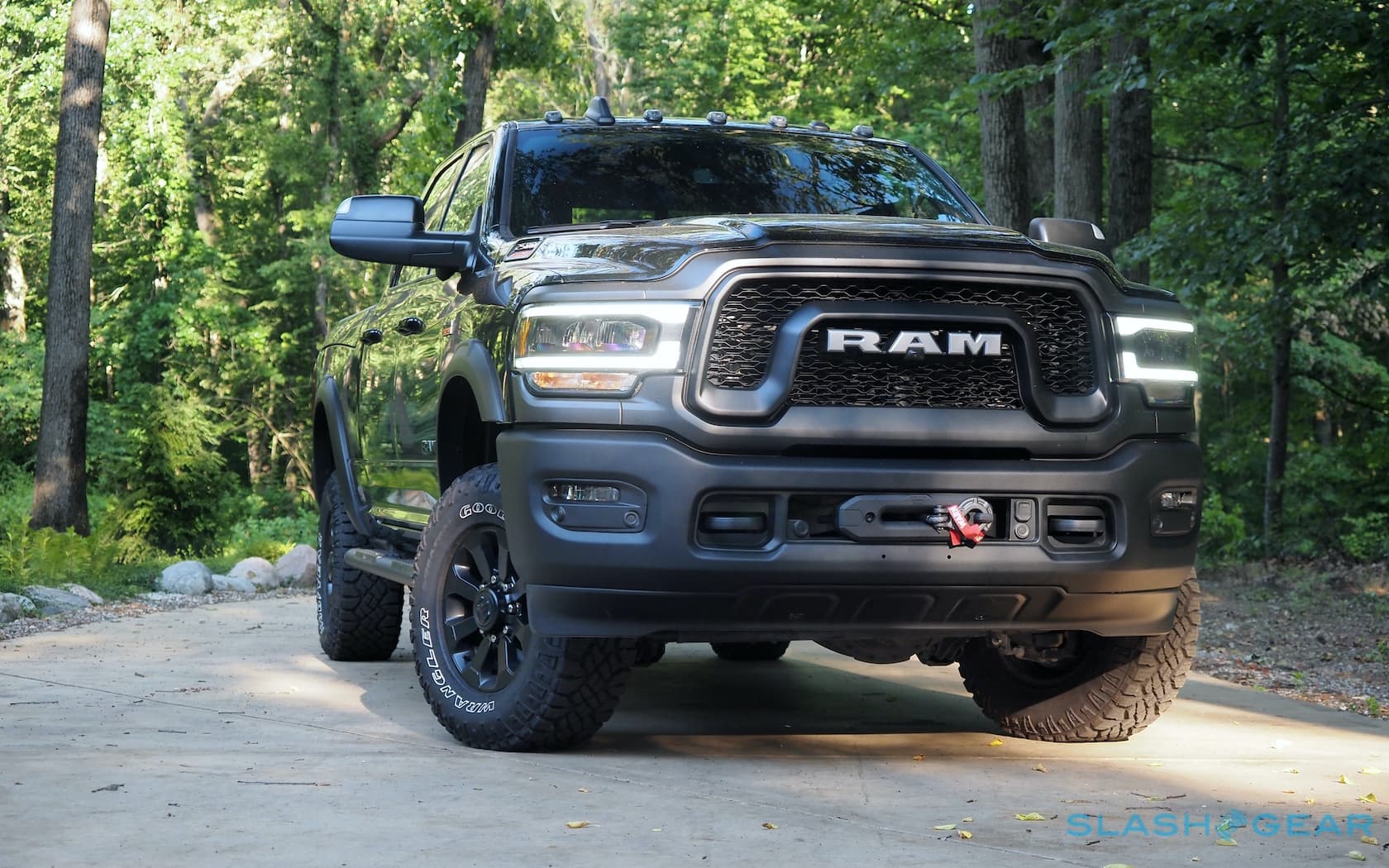 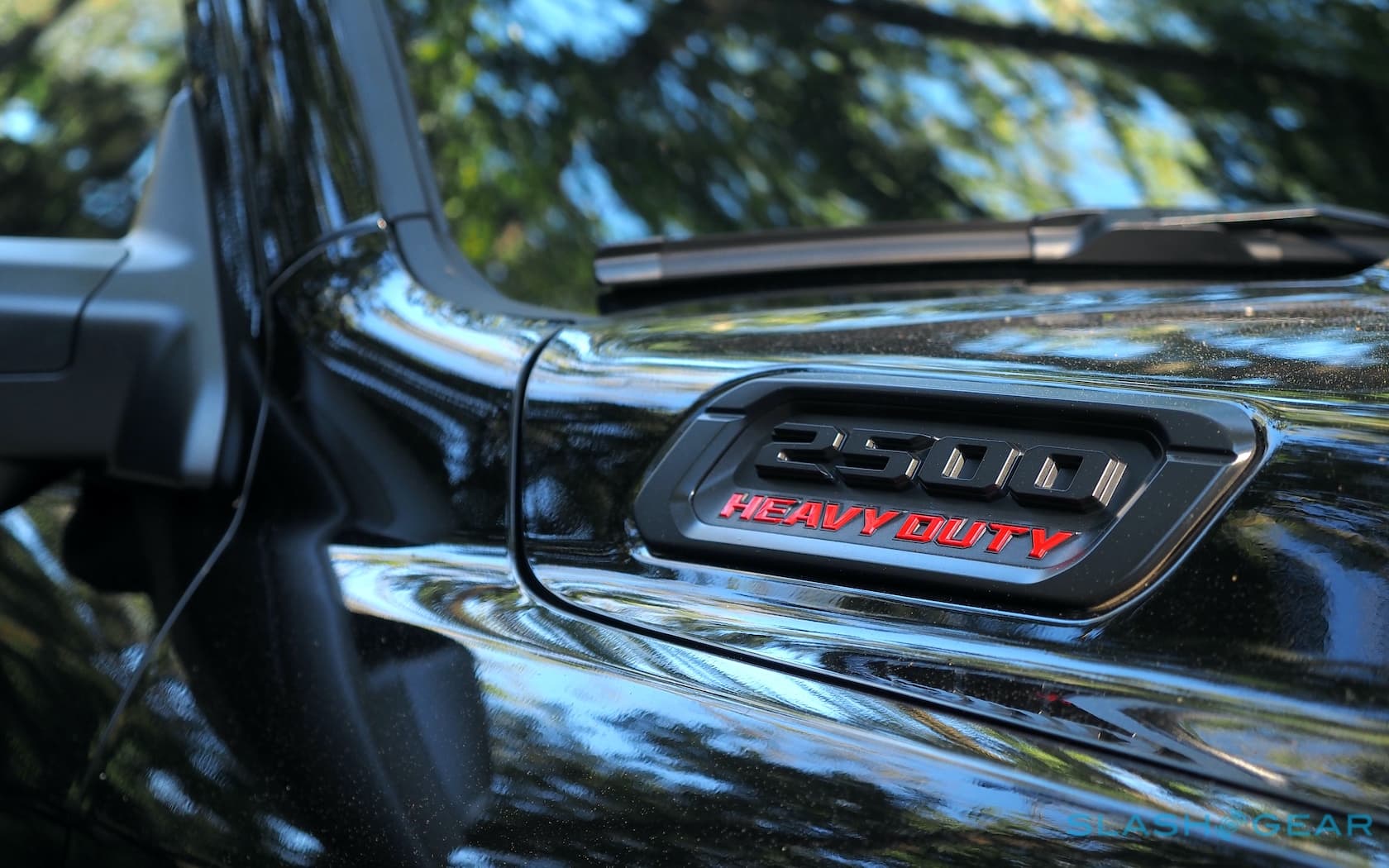 Sightlines from the cabin are prodigious, mainly because you’re so high up. With a special suspension system of its own, the Power Wagon is about 2-inches higher than the rest of Ram’s Heavy Duty line-up, at 14.2-inches. There’s a running board along the side – a wisely-added $445 option – and plenty of handles inside to drag yourself in. 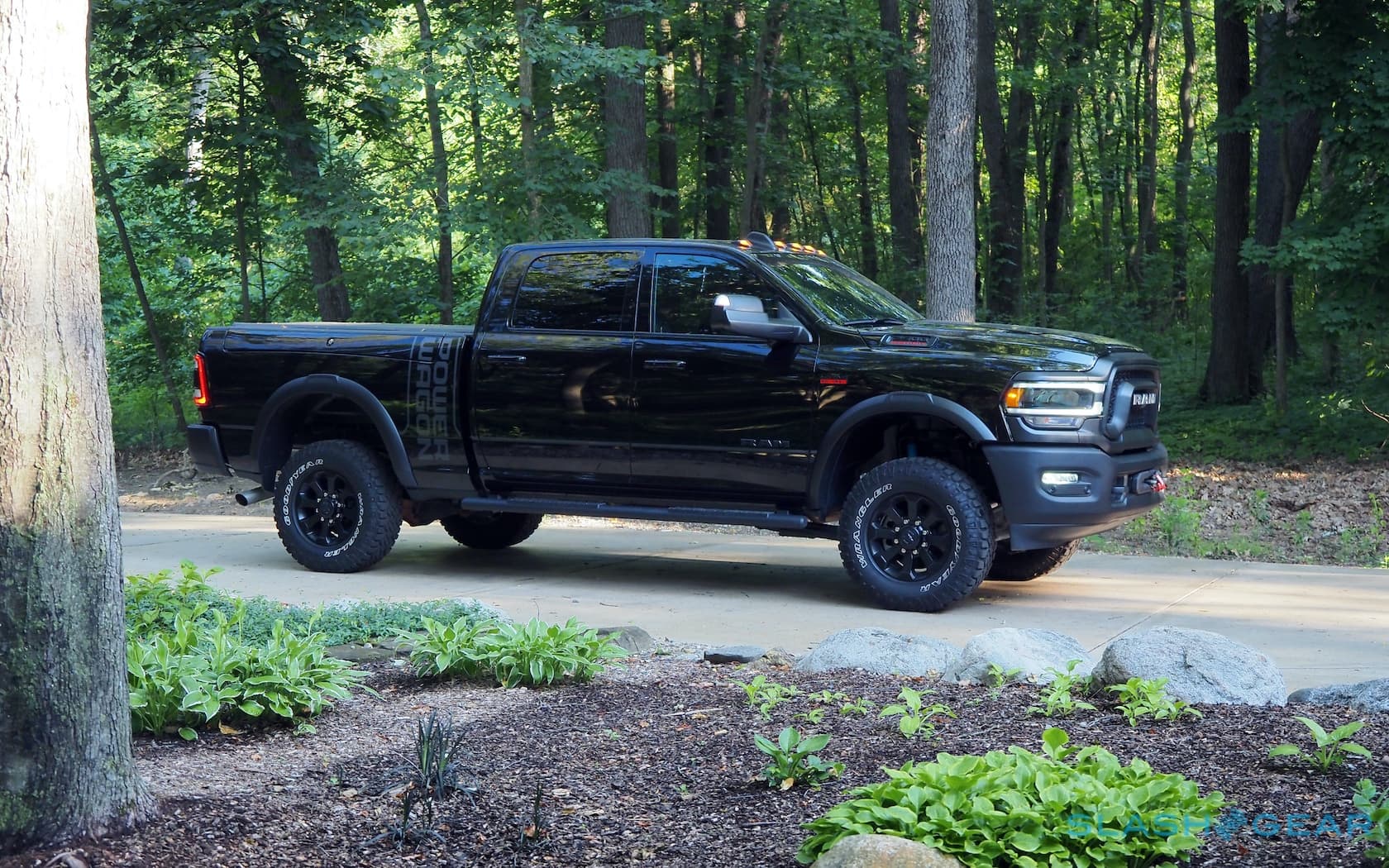 Ram’s cabin sensibly borrows from the well-received interior of the 1500 series, only with more room to spread out. The Crew Cab has a rear bench for three and two big, comfy chairs for the first row; between them, a fold-down armrest can flip up for a sixth person, assuming they’re willing to hold your drinks.

For something of this scale – almost 20 feet long and 6 foot 7 inches wide – the Ram 2500 Power Wagon is oddly straightforward to drive. Admittedly that didn’t include much in the way of urban navigation, where I suspect my trucker glee would’ve quickly been swapped for insurance claim terror.

On more open roads, though, notching the transmission knob to drive gets you going with little fanfare. 4×4 is standard on the Power Wagon, and there’s only one engine choice. That nets you 410 horsepower at 5,600 rpm and 429 lb-ft of torque at 4,000 rpm. 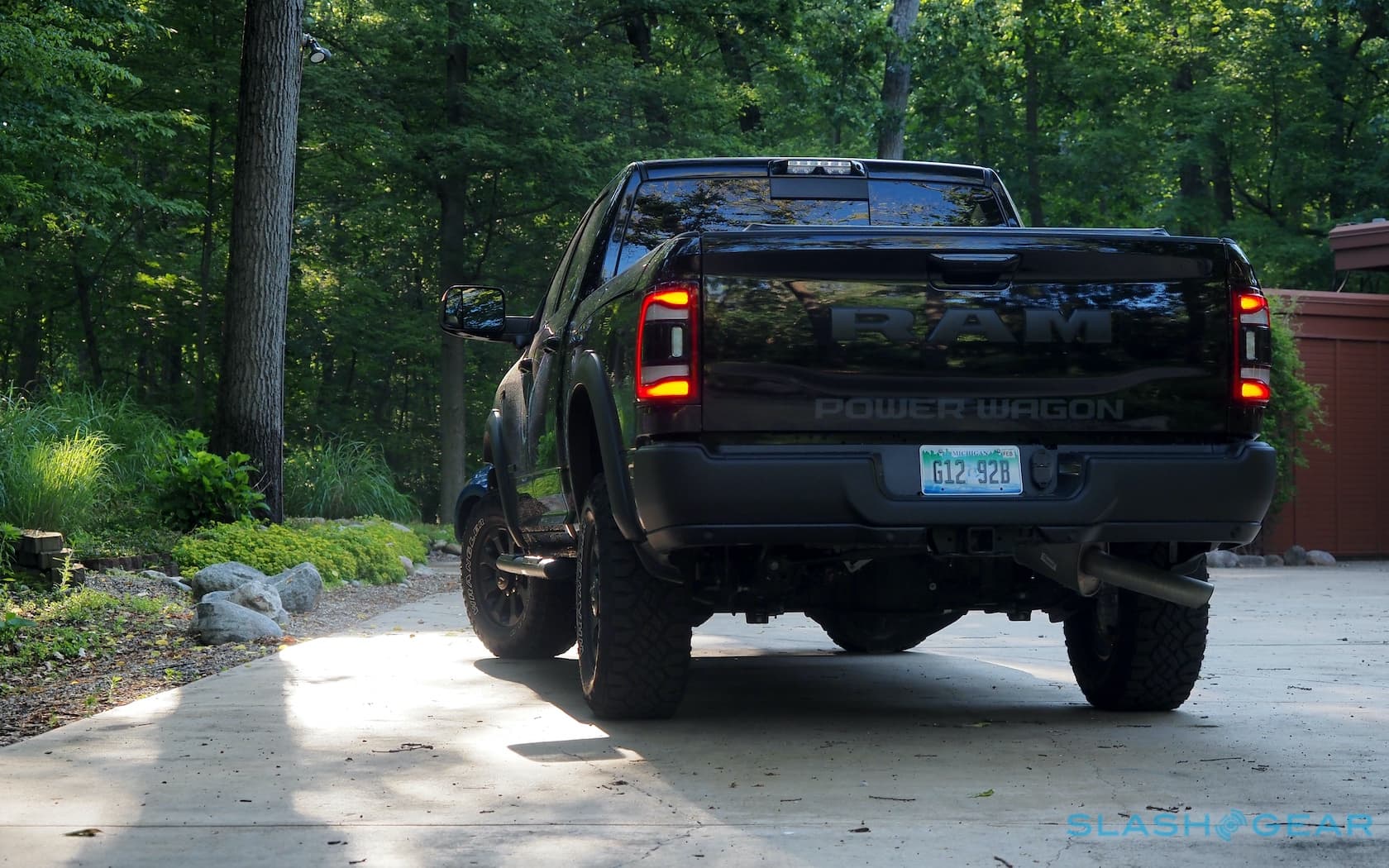 Unloaded, there’s plenty of speed. Pickup is particularly awe-inspiring, the truck surging forward as the economy dives into the low single digits and the transmission slushes through its ratios. The 17-inch black-painted wheels – a $595 add-on – wear their chunky Goodyear DuraTrac off-road rubber well, and though there’s some choppiness at high speed, overall things seem unexpectedly composed. 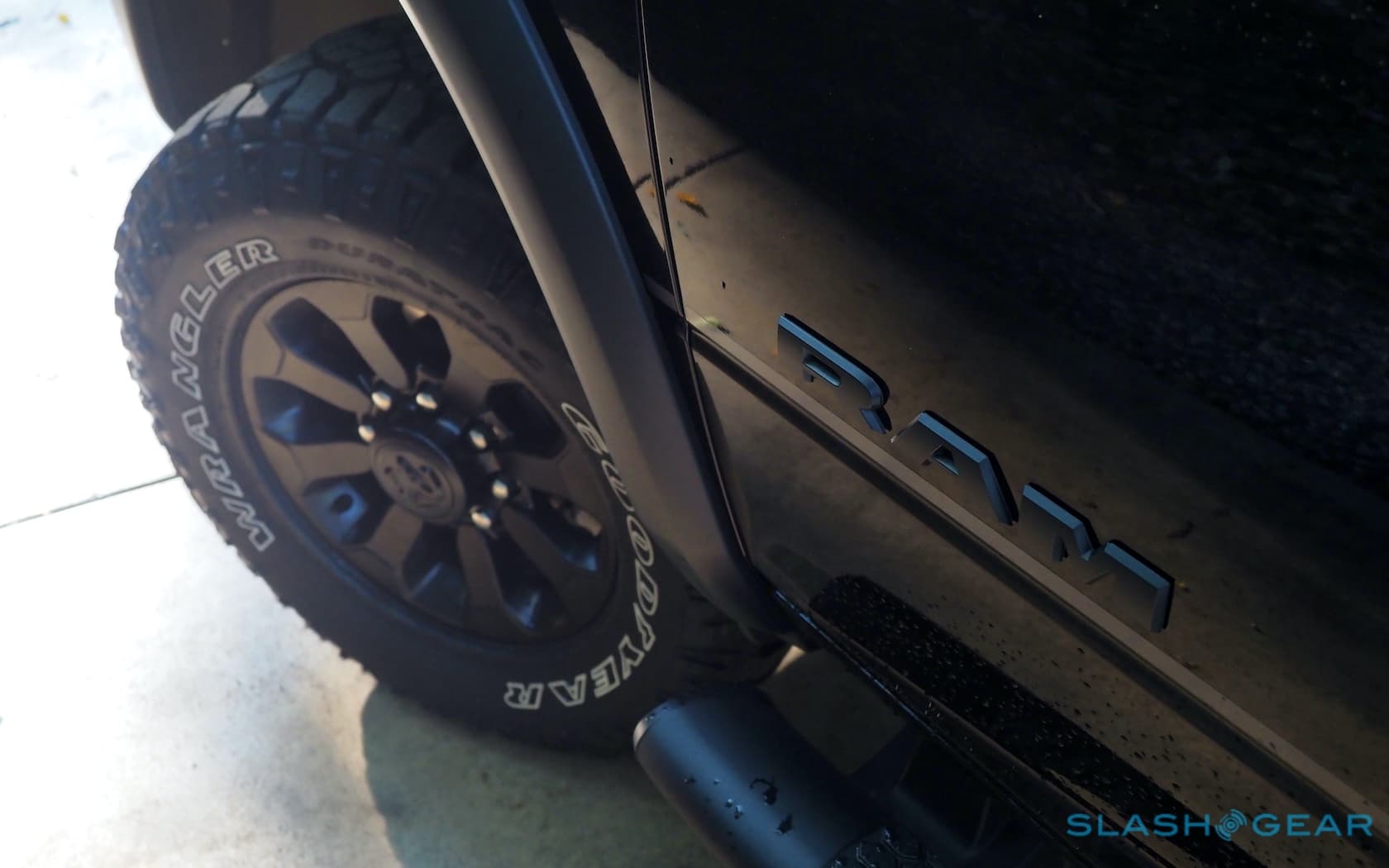 The unique suspension configuration plays a significant part there, of course. The Power Wagon gets performance-tuned front and rear shock absorbers, a disconnecting front stabilizer bar, manual shift-on-the-fly transfer case, and Tru-Lok front and rear axles. The Articulink system makes the front suspension even more flexible when it comes to off-road articulation. 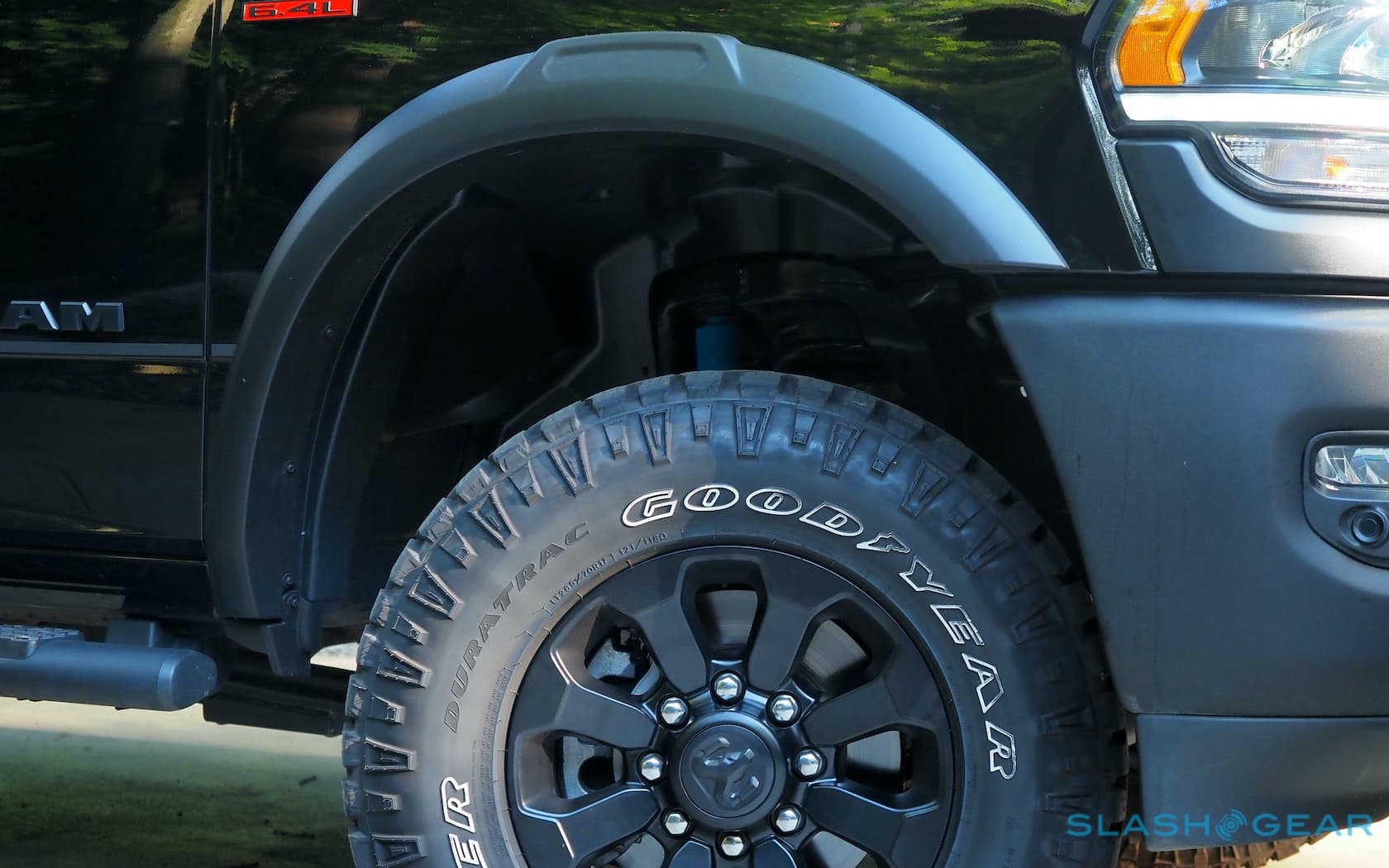 Obviously Ram has put utility top of its list of priorities, but though I expected unruly it’s actually fairly reserved in everyday use. Really, the toughest thing to live with is the height, both for passengers trying to make graceful (and safe) entries and exits, and making the most of the bed since the tailgate is equally high up off the ground. 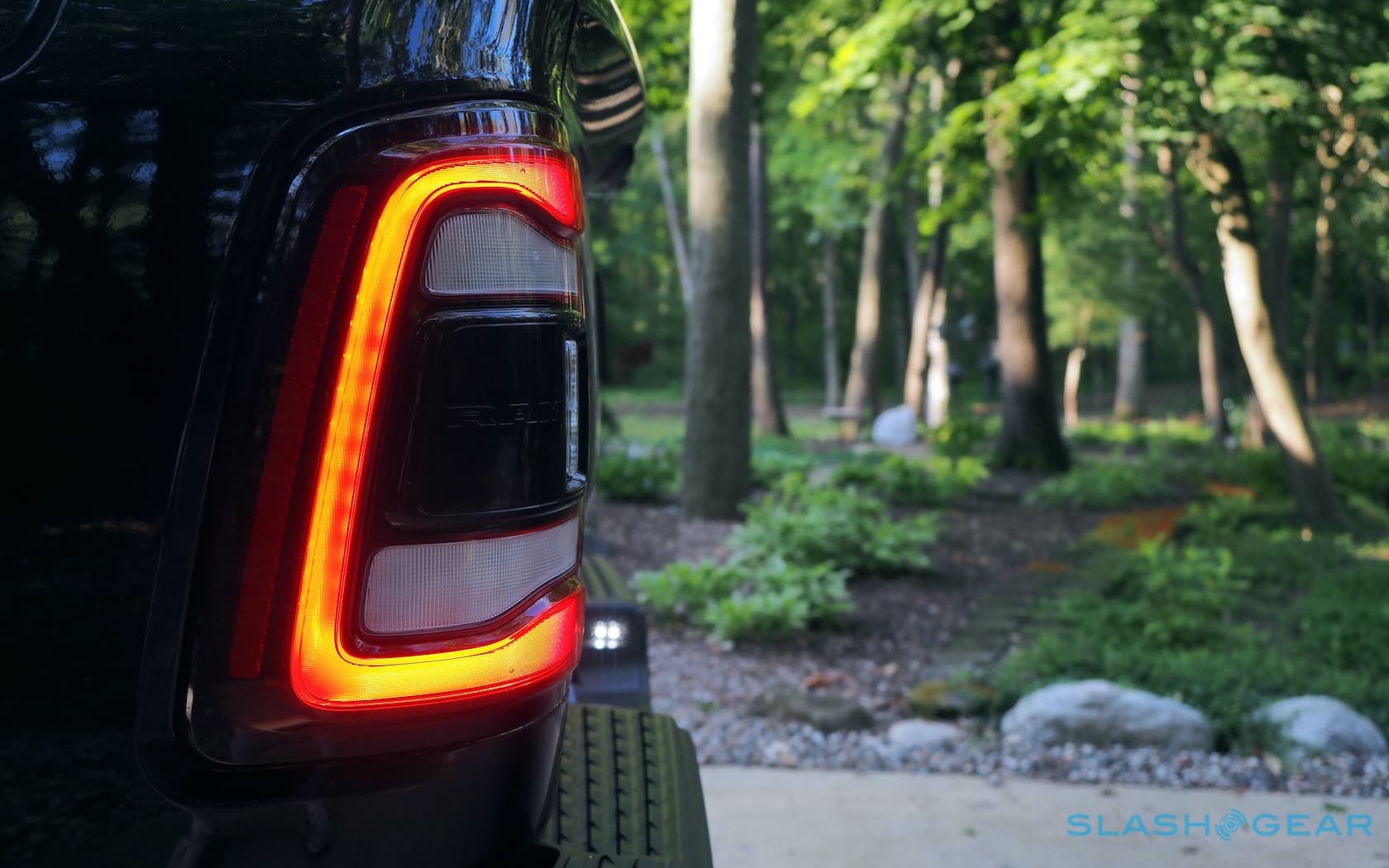 Show the Power Wagon an opportunity for off-road fun, meanwhile, and all hell can break loose. Gravel roads and mud present zero problem; ridiculous inclines can be taken in its stride. This is no pickup poser, and there’s legitimate talent if you’re of a mind to take advantage of it.

All that comes as standard, though there are some options worth considering for day to day practicality. The Towing Technology Group, at $1,095, adds 360-degree cameras to the standard front and rear parking sensors, along with trailer reverse guidance. The $1,495 Safety Group throws in lane-keep assistance, forward collision warnings, adaptive cruise control and adaptive steering, and blind-spot warnings with trailer support and cross-path detection. Trust me, you will feel a lot more confident with the various cameras and sensors helping keep an eye out on what’s lurking in the (not inconsiderable) blind spots.

Budget, too, for the V8’s thirst. Even with cylinder deactivation, seeing economy in the low teens should be considered a success.

The truck world is full of capable pickups. What’s a little more rare are models which combine their talents with usability. While I may not be the typical audience for the Power Wagon, the fact that it so rapidly slotted into the routine of my daily life is a testament to Ram’s talents here. 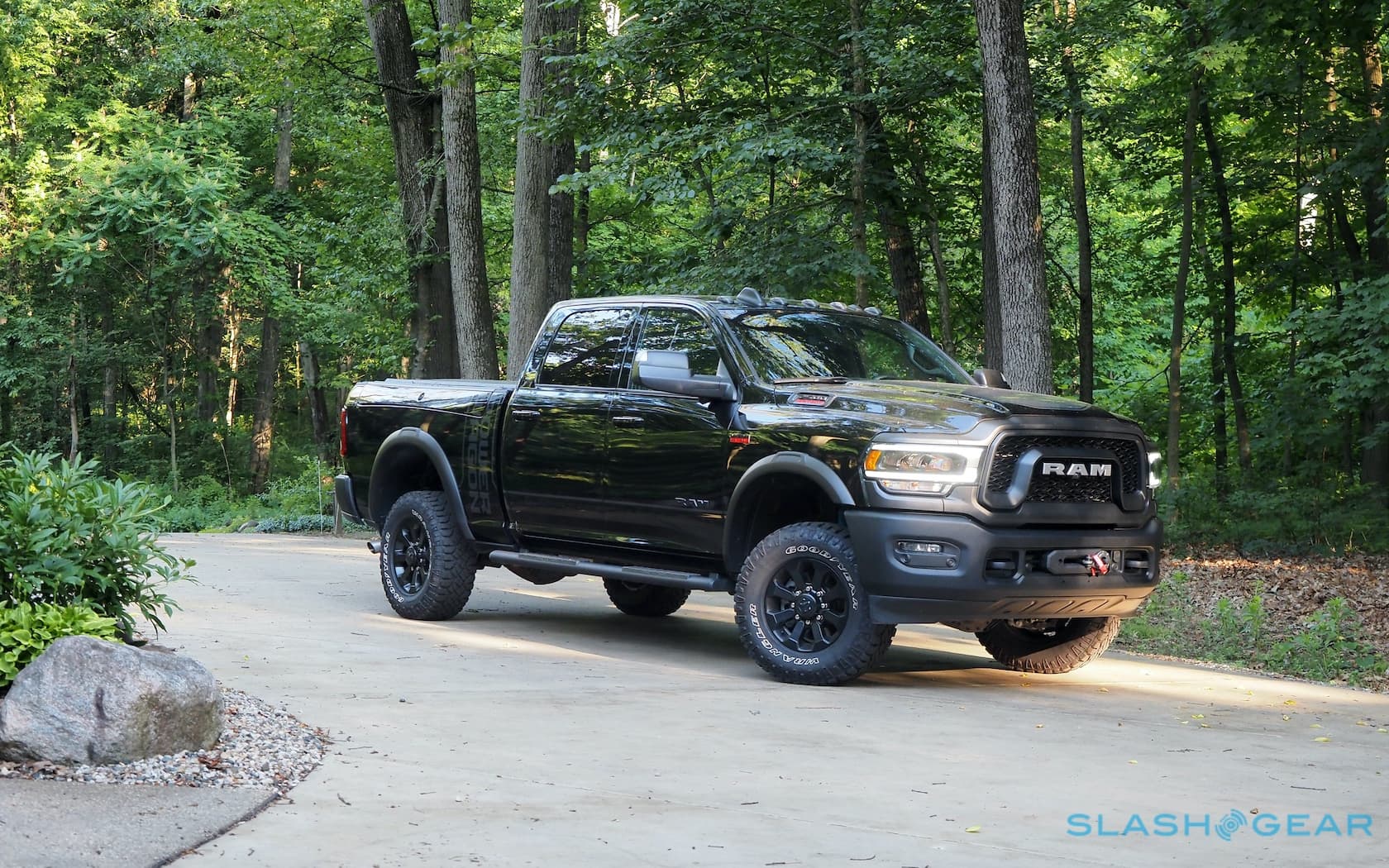 That said, it’s not exactly the pickup you select as your daily driver. With its appetite for gas, sheer scale, and the reality that you’re probably not going to be taking advantage of its capabilities on each and every journey, it’s all just that little bit too much for most, I suspect. Then again, you could say that about a Raptor, or a Super Duty Tremor, or any of the other super-trucks that are proving so popular right now.

At nearly $70k as-optioned, the Power Wagon is a premium truck with a particular niche in mind. Though it may excel at delivering that ever-alluring pickup lifestyle, not tapping its full talents as frequently as possible would be a criminal waste. After all, big, burly boys really ought to play outside more often.