If throwing extra horsepower at a car is the quick & dirty way to improve performance, then coaxing more speed through aerodynamic changes is arguably the more elegant. That’s the route Mercedes-AMG has taken with the 2020 AMG GT R PRO, certainly, and while its carbon-fiber flourishes may look unusual, there’s no denying that they deliver the goods on the track.

It’s based, unsurprisingly, on the existing AMG GT R. That has sat at the top of the ‘Benz tuner’s performance car tree since 2016, packing a hand-crafted 4.0-liter twin-turbo V8 gas engine that gives 577 horsepower and 520 lb-ft of torque to play with. 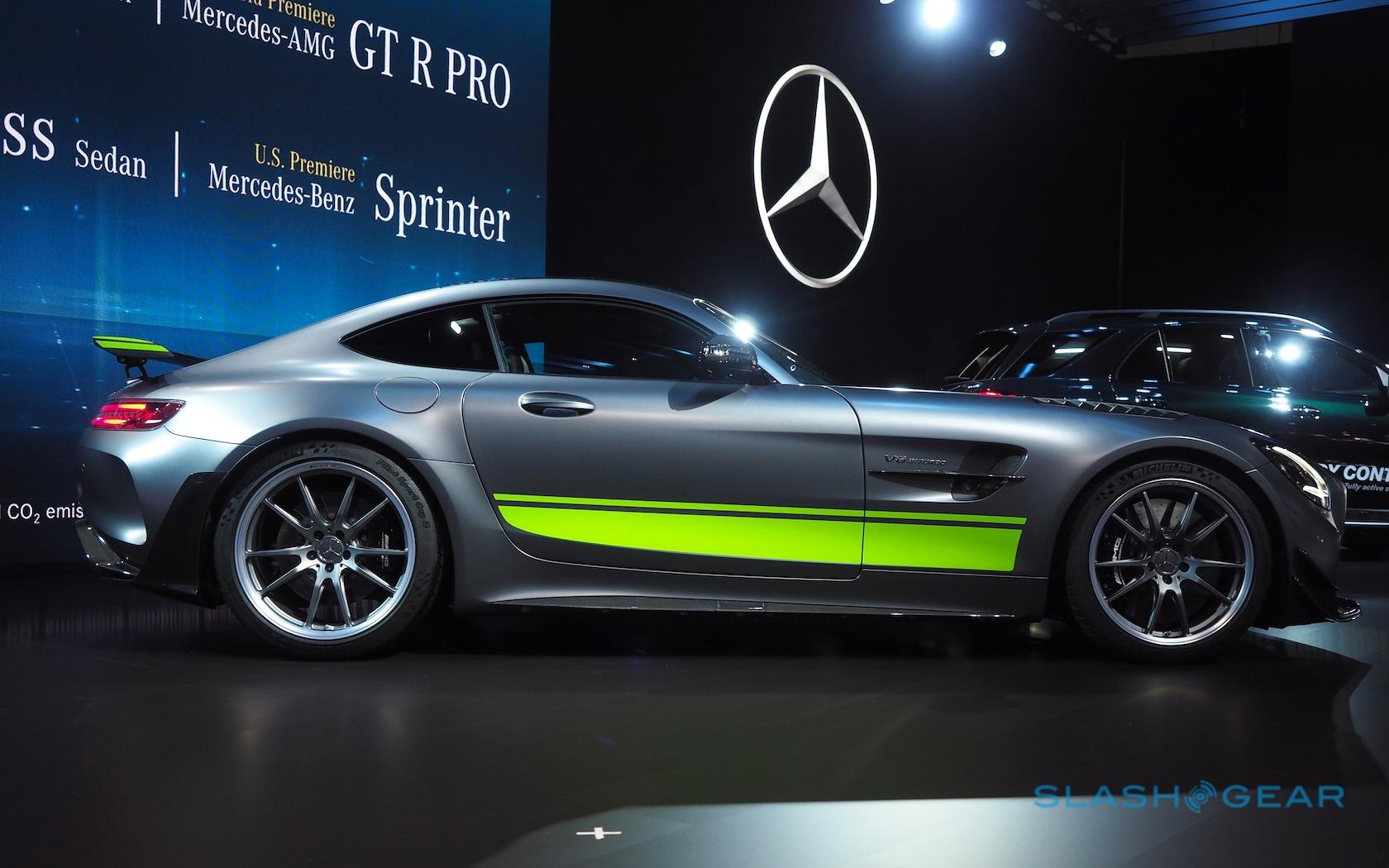 Few would describe those numbers as insufficient, and neither would the AMG GT R’s 0-60 mph time of 3.6 seconds be anything to sniff at. For the AMG GT R PRO, therefore, AMG took a different approach. Extra stickiness in the name of peak track performance.

The result is a 2-door coupe where the devil is in the detailing. The silhouette may be broadly the same as that of the regular GT R – itself getting some tweaks as part of Mercedes’ 2020 model year revamp – but the PRO version borrows GT3 and GT4 downforce know-how, among other things. 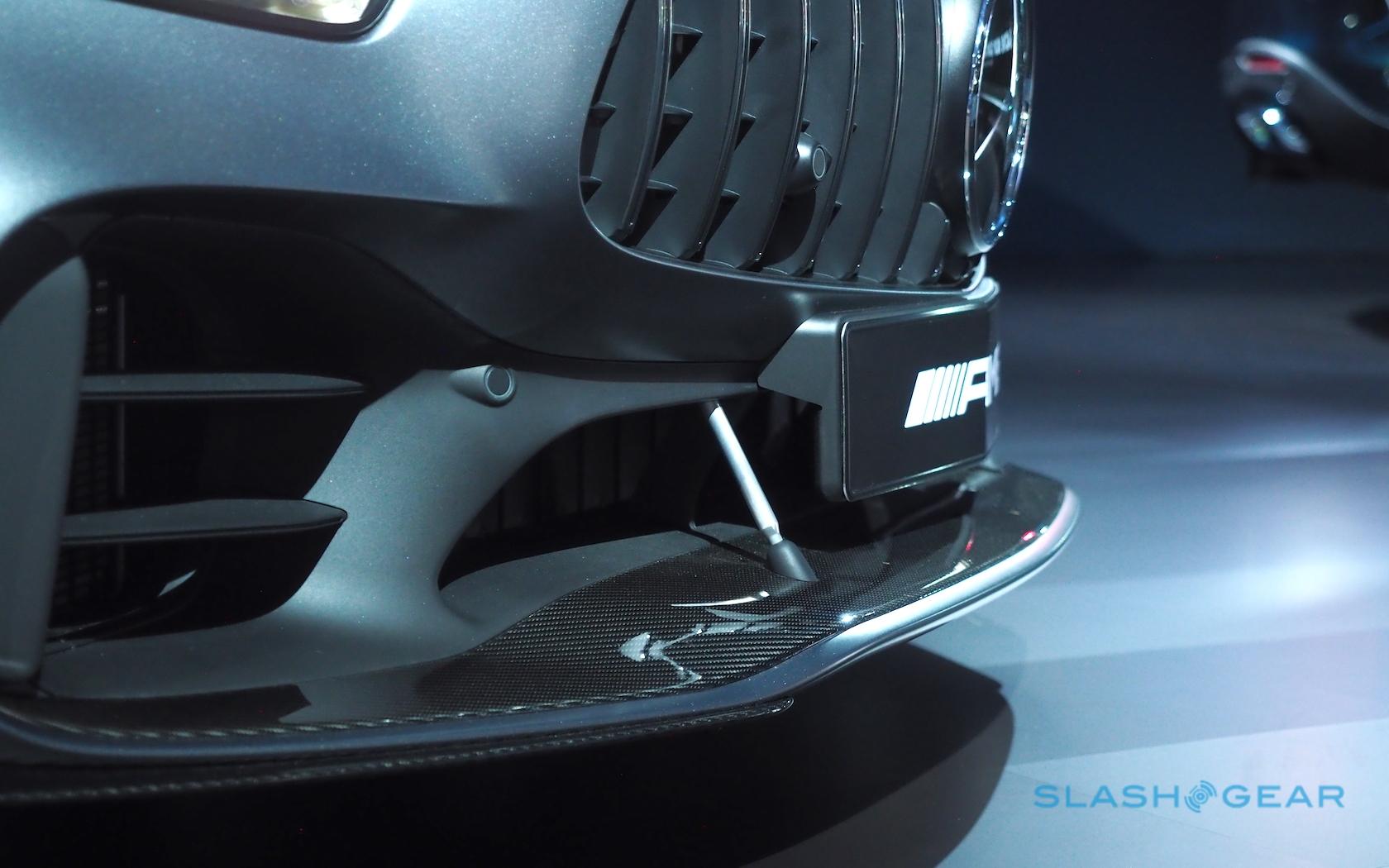 Everywhere you look, it seems, there are new sprouting of carbon-fiber. The AMG GT R PRO has fronds of the stuff at the edges of its front and rear fenders, shaping air around the sides of the car. An extended front splitter is arguably the most race-car-like affectation, protruding from the lower edge of the fascia and braced with two handsome struts. Functional air-slots adorn the front fenders. 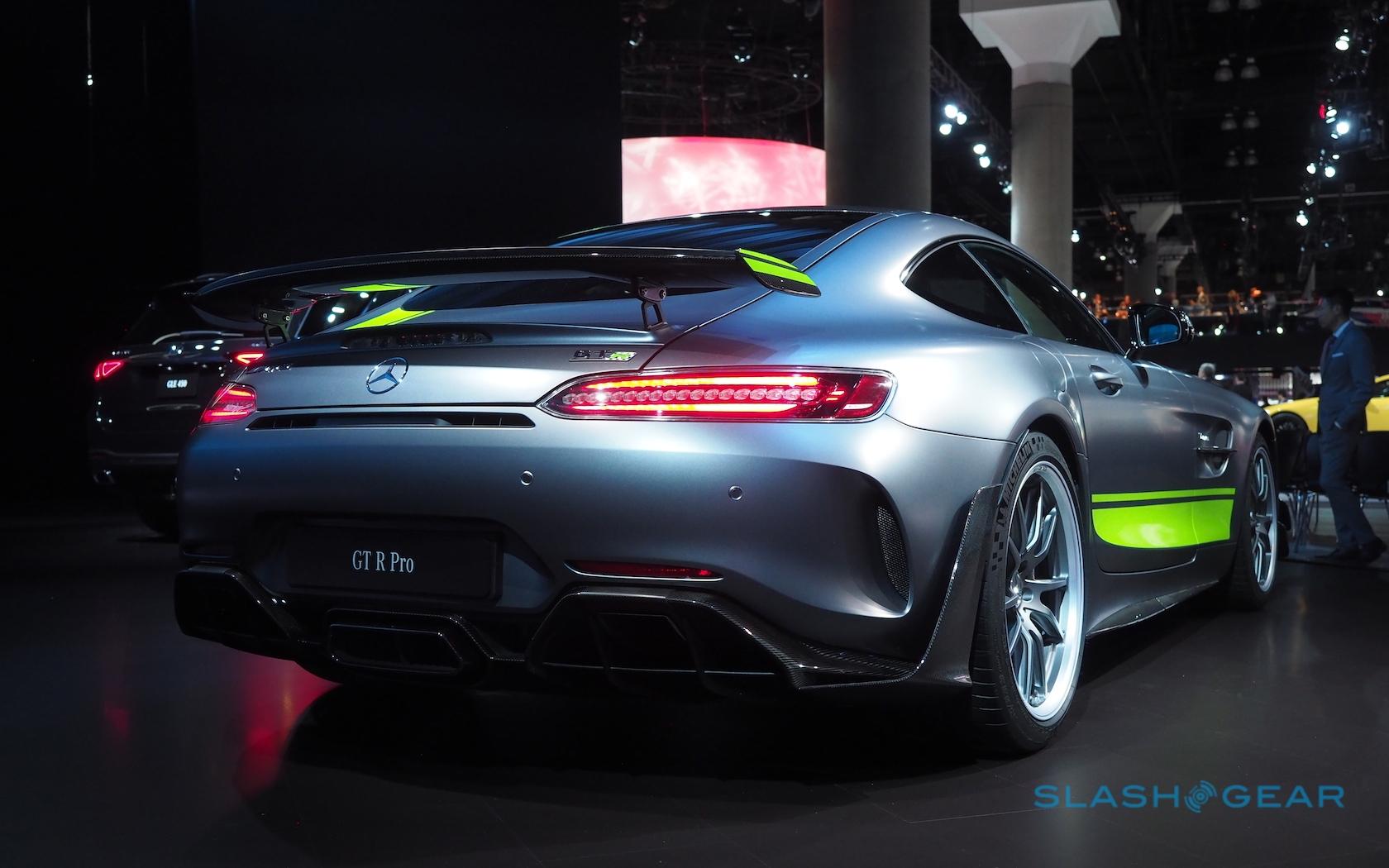 It’s fair to describe AMG’s carbon-fiber work as lavish, frankly. Both the Carbon Package I and Carbon Package II have been thrown at the car, offsetting the grey paintwork and striking asymmetric lime green stripes. The latter may not make the GT R PRO any faster by themselves, but they certainly leave it looking the part. 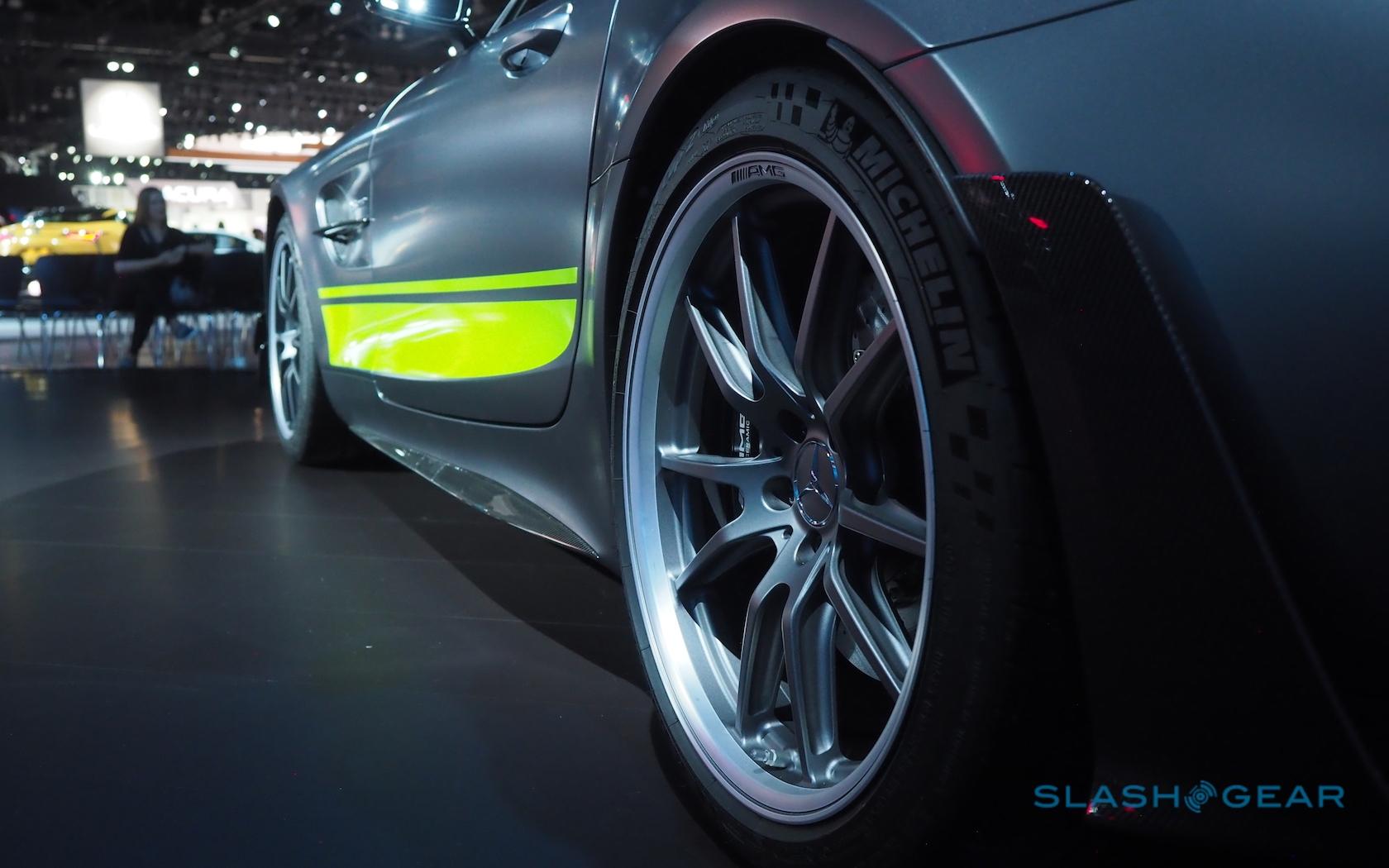 There are changes beyond the aero tweaks, mind. New AMG coil-over suspension has been fitted, complete with the ability to adjust its spring preload length, compression, and damper rebound. It’s a tool-less system, too, with separate settings for both high-and low-speed movements. 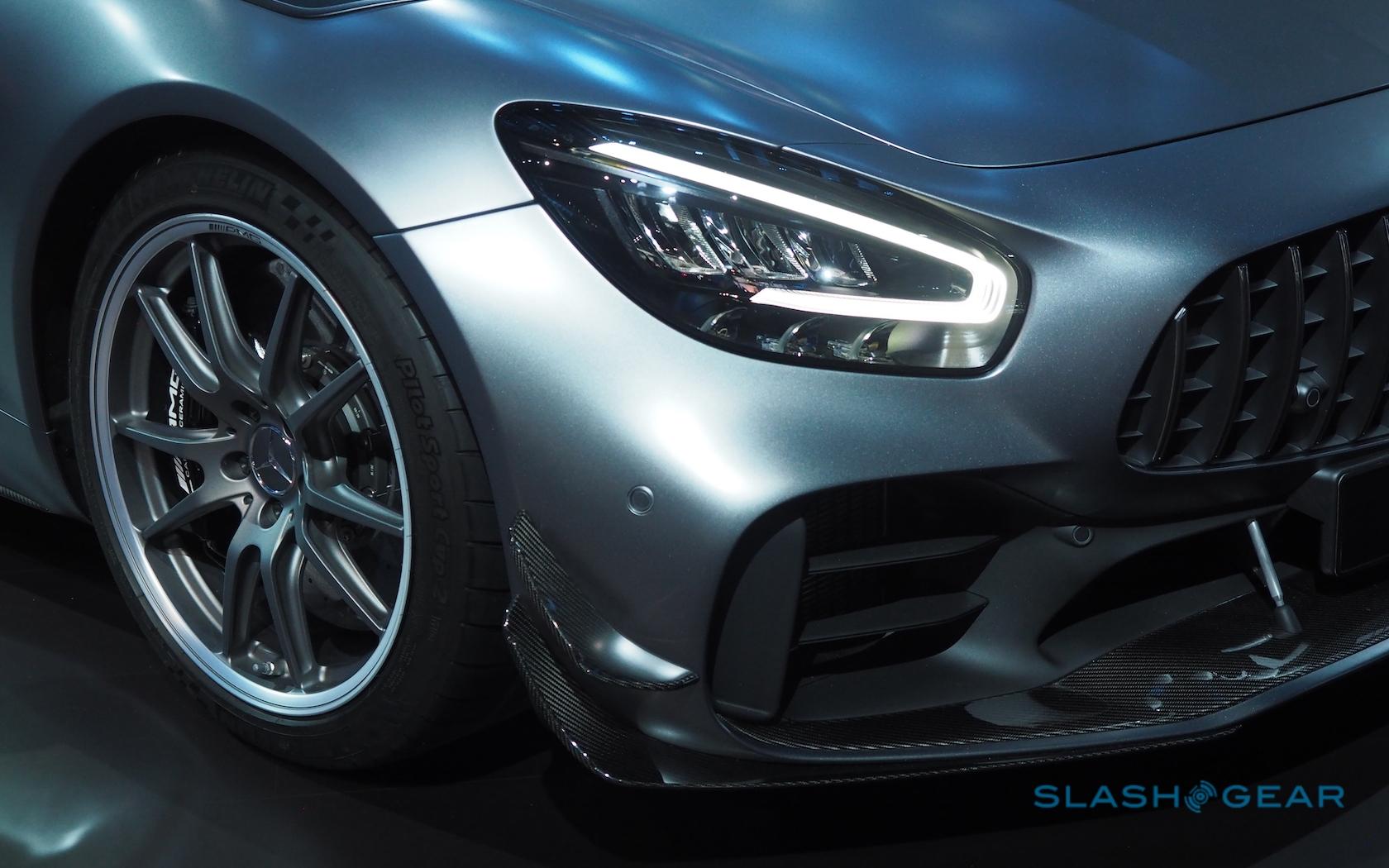 A new adjustable carbon-fiber torsion bar is added to the front axle, while the rear gets a steel tube – hollow, for weight saving – to do the same. New bearings for the upper rear wishbones are included, while there are ceramic composite brakes as standard. The cabin feels more upscale than that of the more affordable GT models, too, with some beautiful milled metal switchgear. 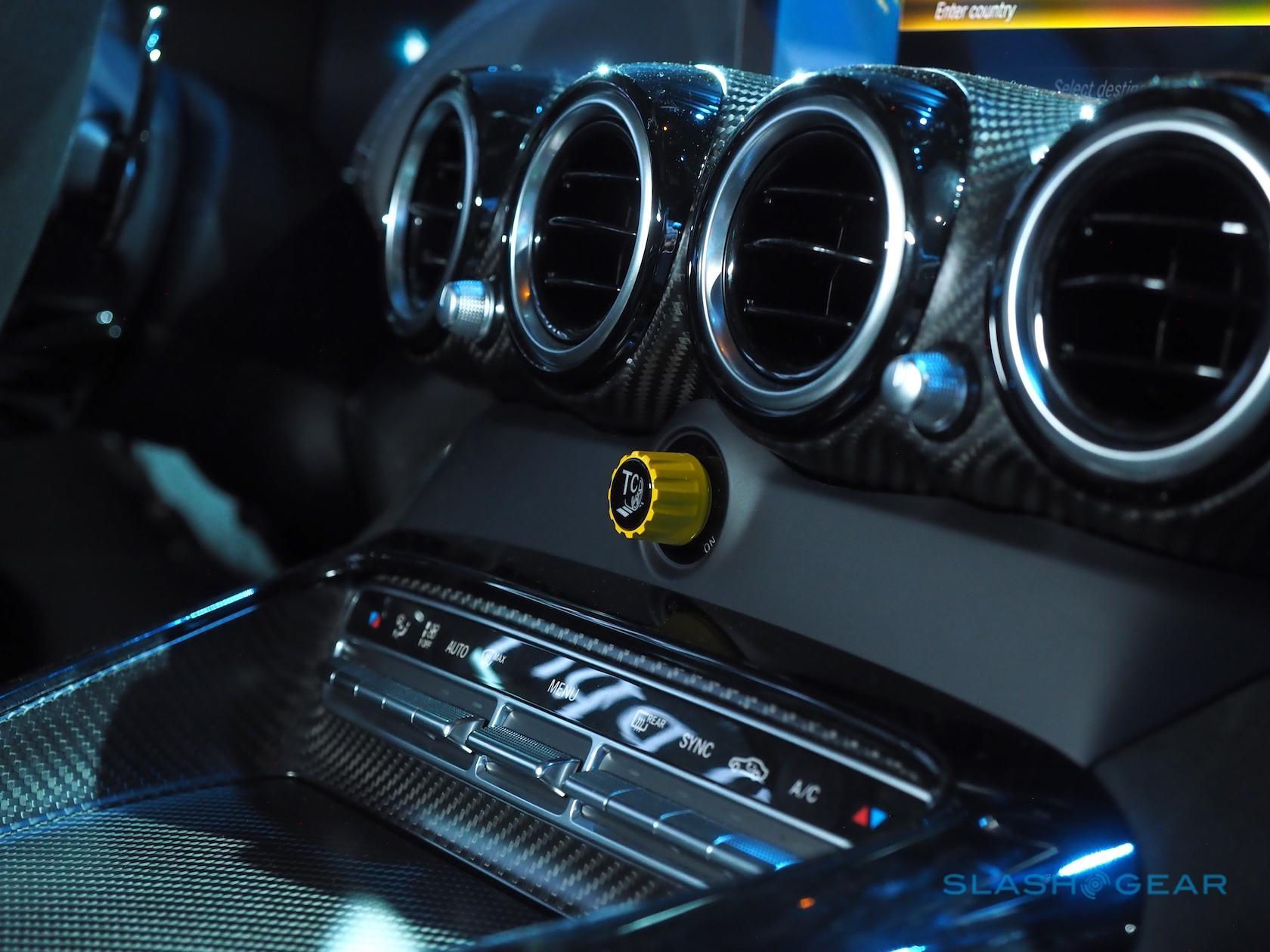 While road-legal, the GT R PRO is really focused on track performance – that, after all, is where all that new downforce plays its hand most effectively. While the 0-60 mph time may not be changed, nor the 198 mph top speed, shaving roughly six seconds off the Nürburgring North Loop run versus the standard GT R suggests AMG’s handiwork was well worth it. 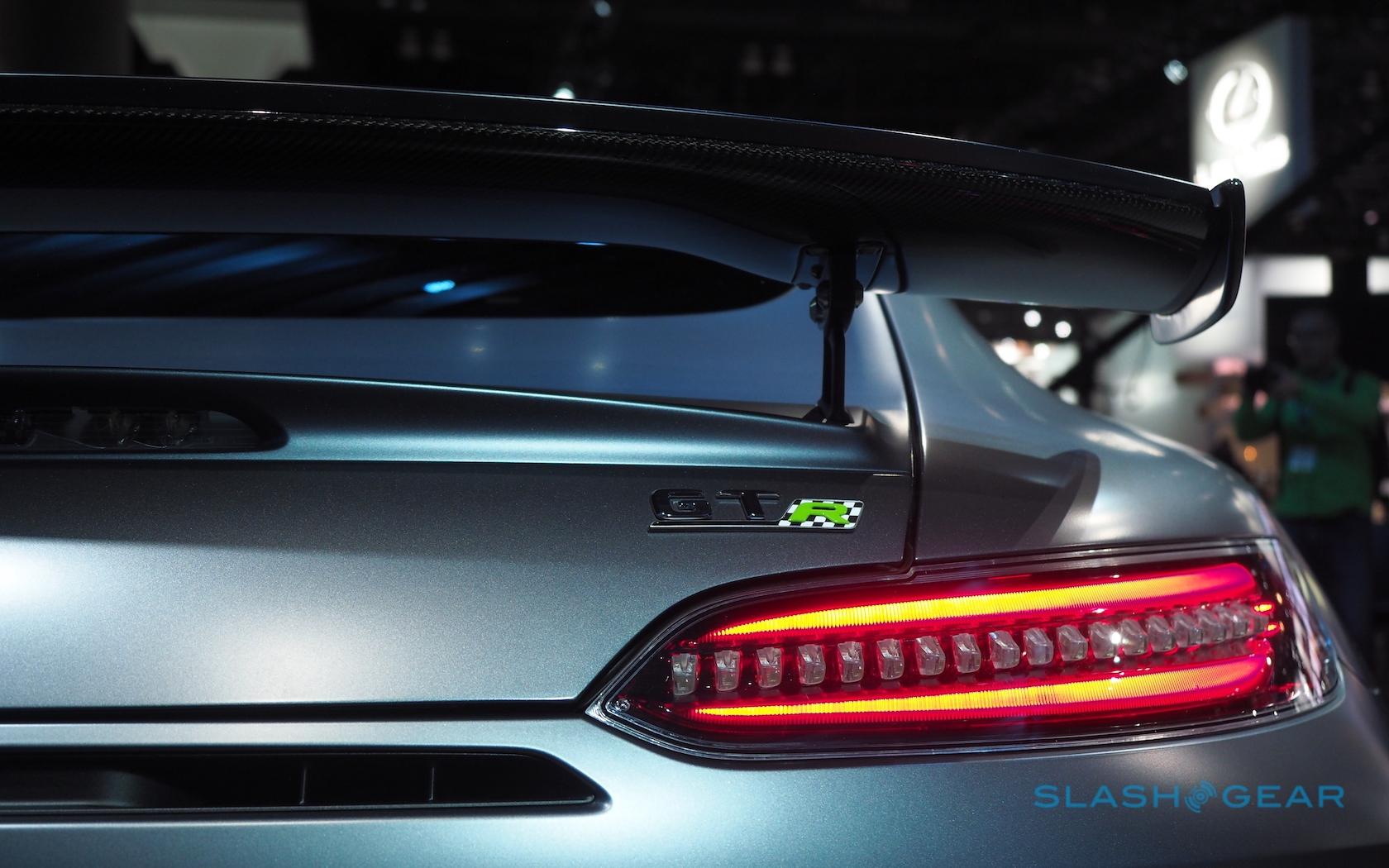 Actually seeing one in the wild will be unlikely, mind. Mercedes-AMG says the coupe will be a limited edition, arriving in dealerships in late 2019. Pricing will be confirmed closer to that point, though with the regular GT R starting out at $157k, don’t expect this carbon-fiber rocket to be cheap.