My first surprise when the 2020 Mazda6 arrived was the color. Mazda sure does love its Soul Red – and with good reason – but the Signature-spec sedan was a far more sober Machine Gray metallic. The second surprise was the price.

At $36,620 – including $300 for that handsome, if subtle, paint job; $100 for trunk mats; and $920 destination – the Mazda6 Signature lands right about the average new car spend in the US. In fact, it’s slightly under that figure, which according to the calculators at KBB is now almost $38k. 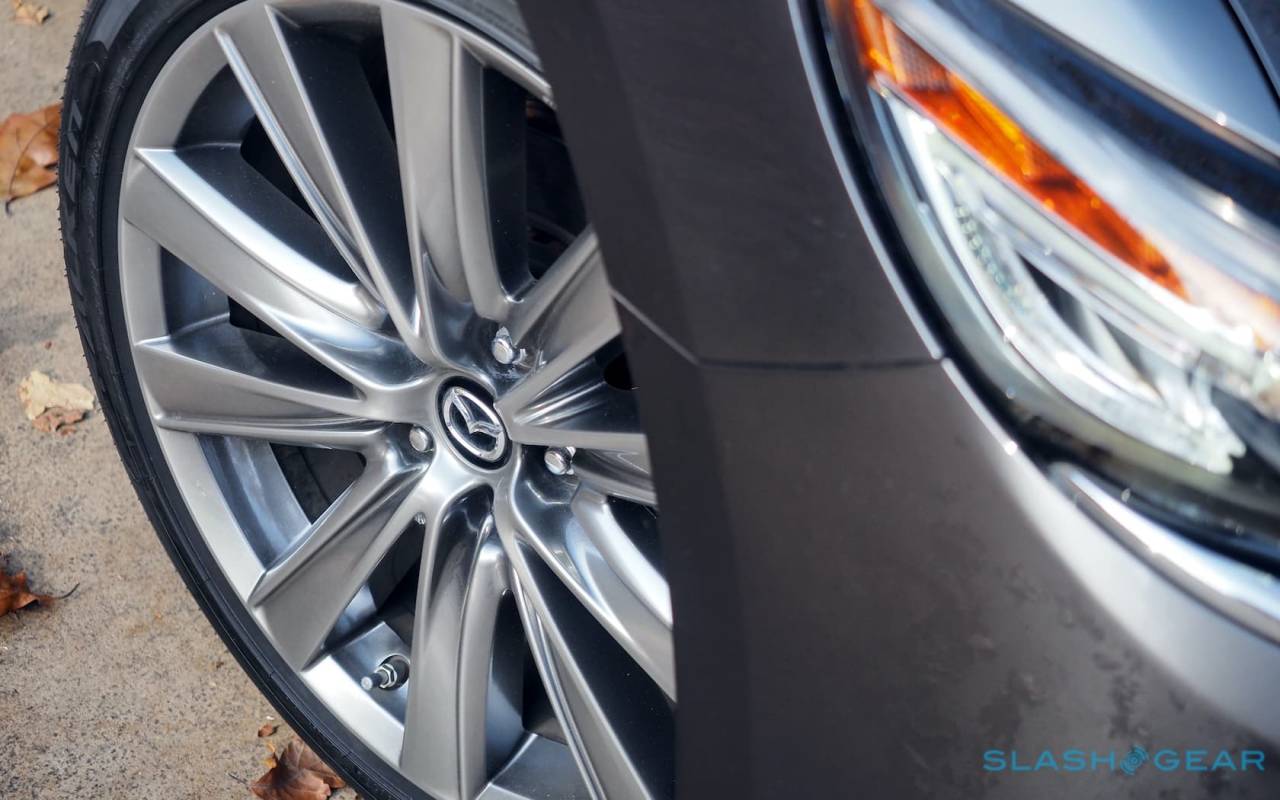 Sedans, of course, aren’t the auto industry’s rising star. Crossovers are where the retail money goes, though as car companies like to point out there’s still plenty of sales to be made among those looking for something more traditional. Mazda isn’t immune to the SUV trend – the new CX-30 is a particularly good example of that – but the Mazda6 still holds a special place in its line-up. 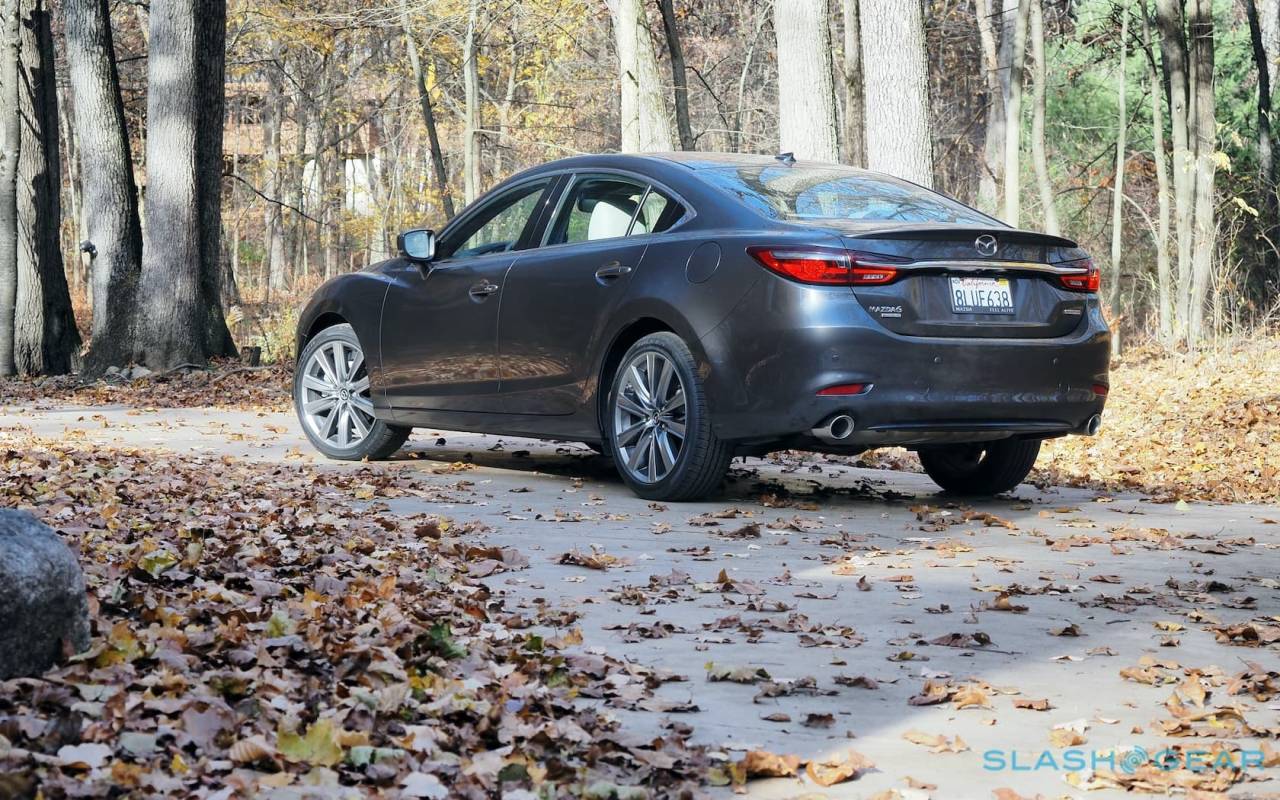 The styling certainly helps, muscular and swooping, with just the right amount of chrome to feel premium without edging into fuddy-duddy. Signature trim is the Mazda6’s top spec, so you get 19-inch wheels, a rear lip spoiler, LED lights front and back, and dual exhausts with extra brightwork. It also adds Mazda’s turbocharged engine under the hood. 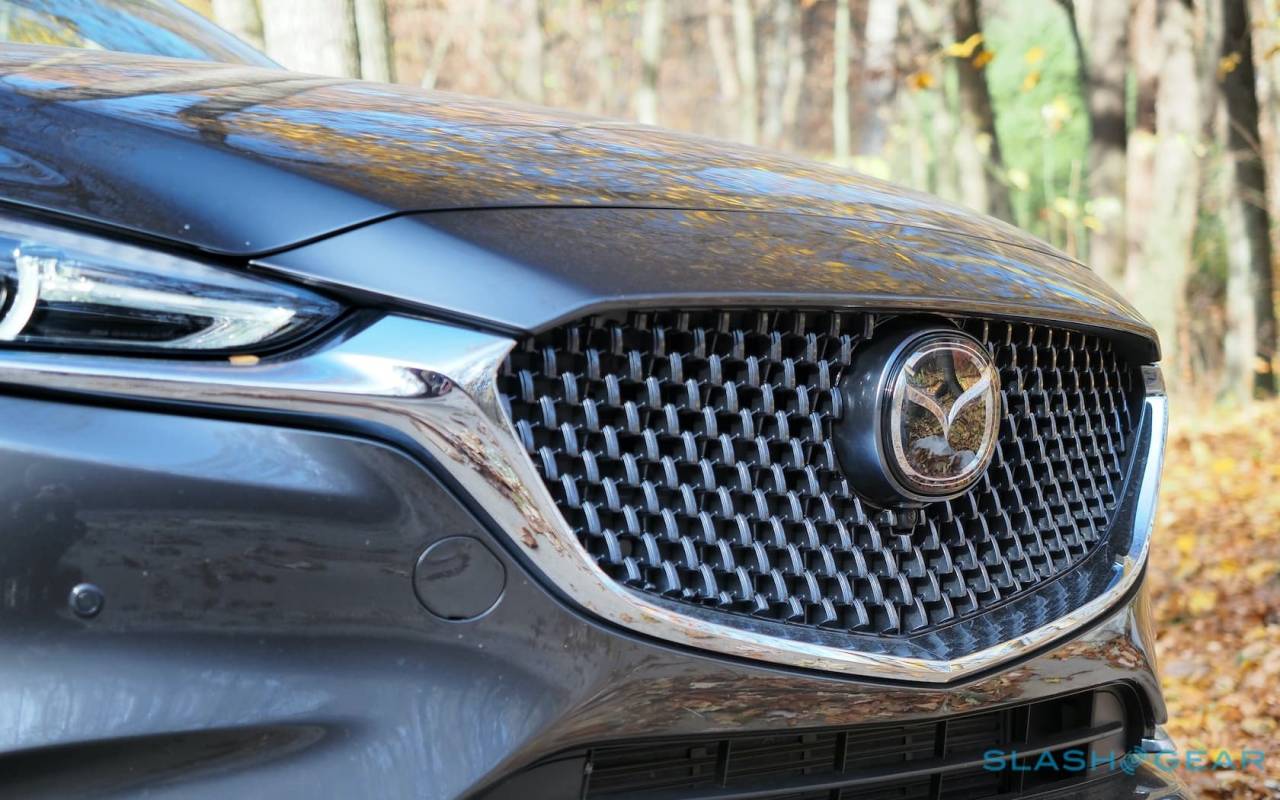 That’s the Skyactiv-G 2.5T, paired with a six-speed automatic transmission. It’s rated for 227 horsepower and 310 lb-ft of torque, though feed the gas tank with 93 octane and you unlock a further 23 hp. Mazda’s regular engine, still 2.5-liters but no turbo, packs just 187 hp and 186 lb-ft of torque.

Front-wheel drive is your only choice, sadly; unlike the Mazda3 there’s no all-wheel drive option. Still, while the bigger sedan may not fit the mold of a sports car, it punches above its weight from behind the wheel. The suspension is tuned for more eager drivers, and combined with the eager engine you get an unexpectedly engaging experience. Other cars may have more gears, but the Mazda6 proves it’s how you use them that counts, dropping down enthusiastically to keep you in the midst of all that power, while the steering errs on the meatier side. 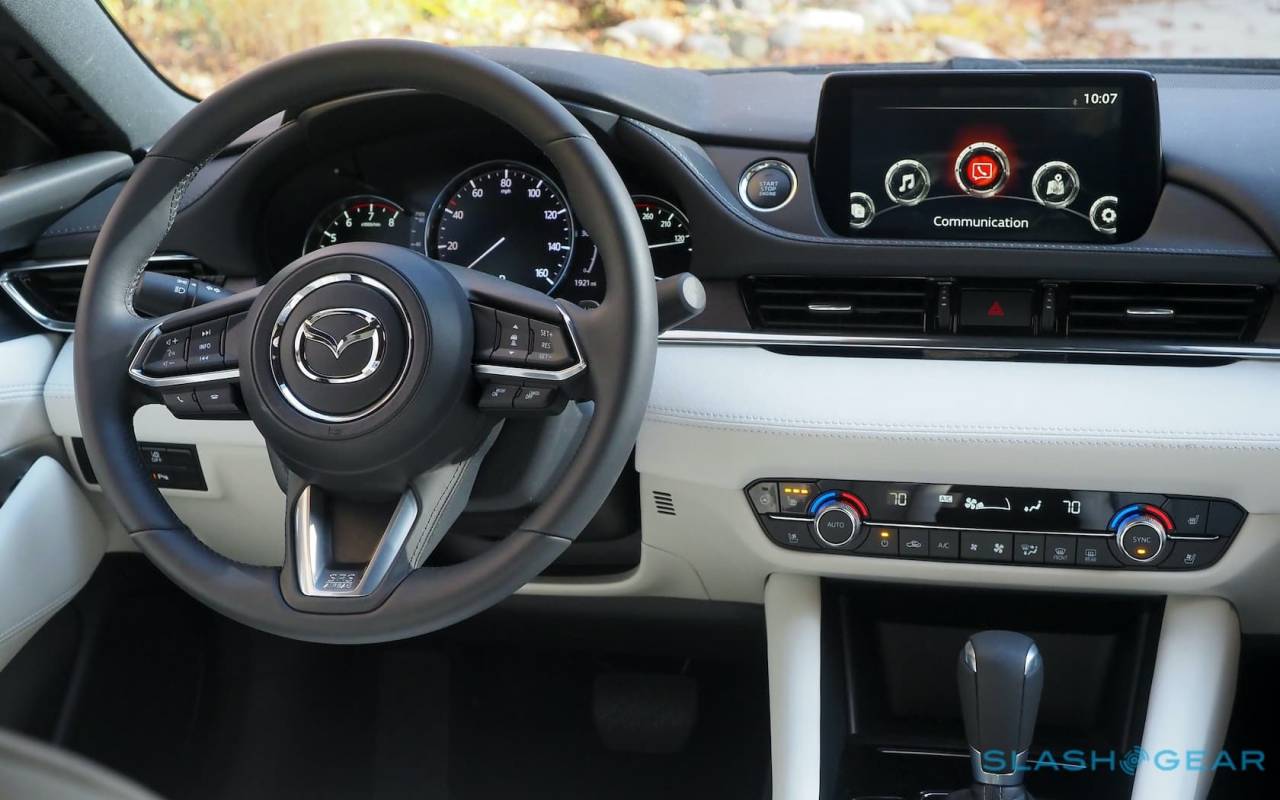 The downside to the mechanical simplicity is that, when it comes to wafting, the Mazda6 isn’t quite as placid. Without clever adaptive dampers or anything as complex as air suspension, there’s only so much the drive modes can do to soften the ride. You’ll notice it most at highway speeds, where things are just a little less compliant and forgiving than competitor sedans. 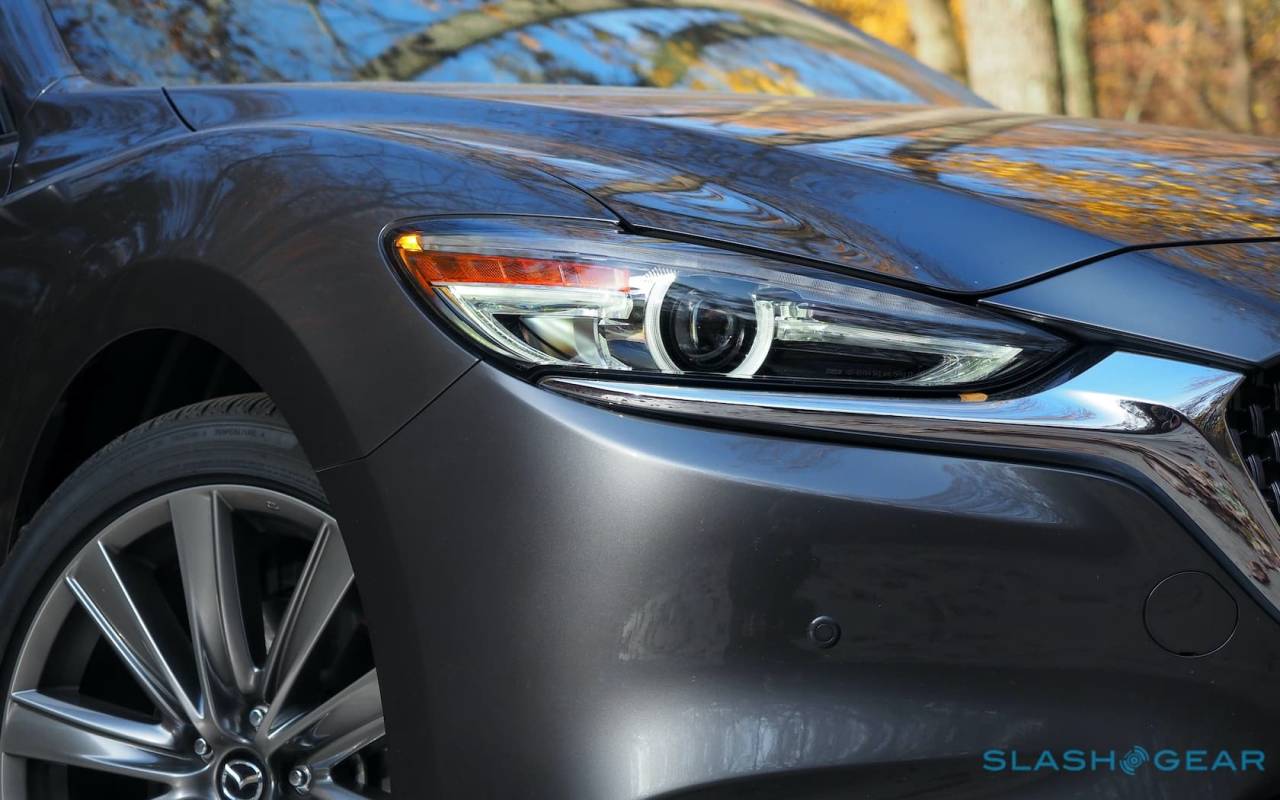 Inside, Mazda’s cabin is restrained and has a refreshingly old-school feel. Swathes of clean surfaces – with real wood and metal trim on the Signature spec – along with pleasant Nappa leather and an admirable willingness to not plaster everything with needless detailing and patterns. The HVAC system is a straightforward row of readily-twiddled knobs and buttons, while drive modes get a simple toggle. 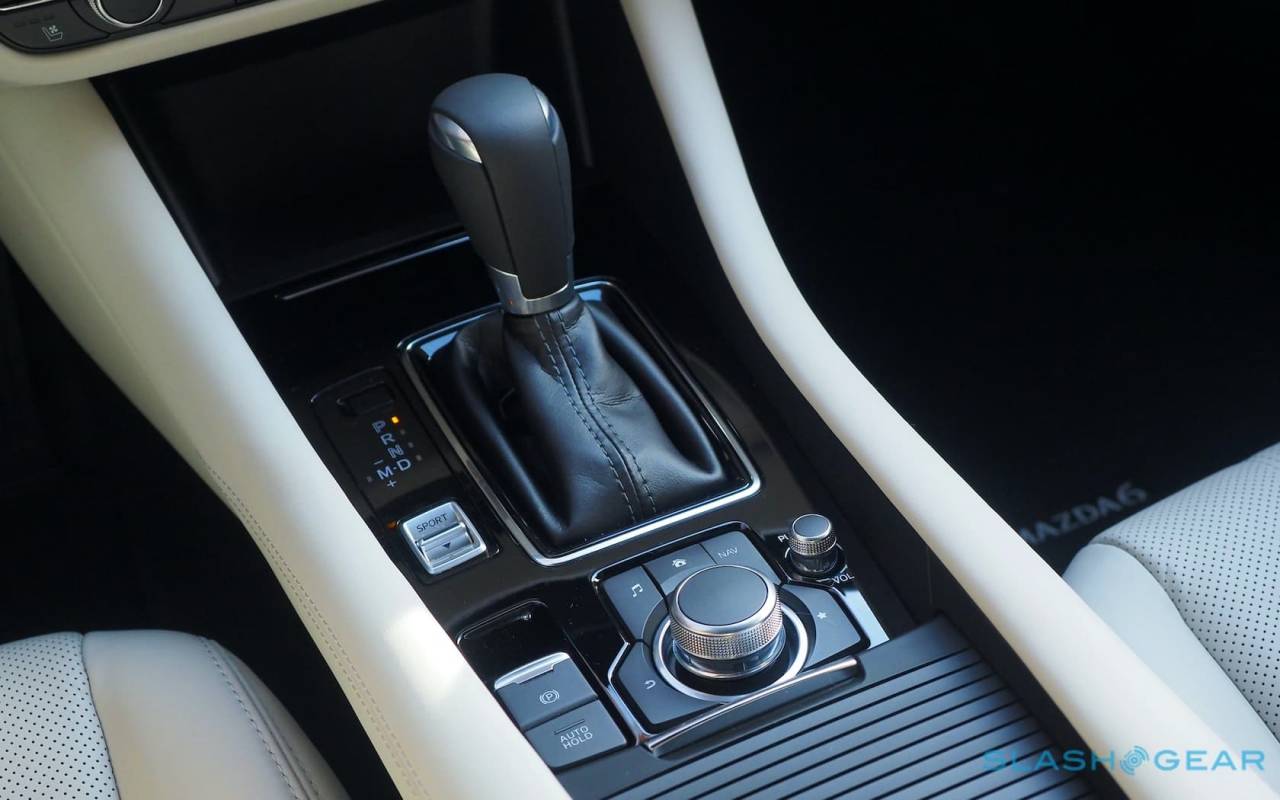 Mazda’s infotainment system, unfortunately, is one area where a little more fussing would have paid dividends. The 8-inch touchscreen isn’t small, but the UI looks tired; the low-resolution reversing camera is a particularly crunchy throwback. While Android Auto and Apple CarPlay are onboard – as they are in every Mazda6 unless you pick the entry-level Sport – they’re wired-only. 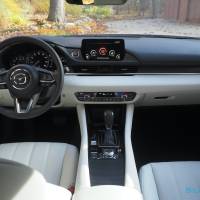 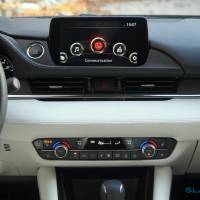 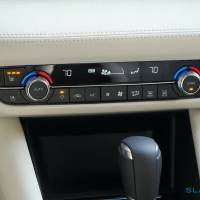 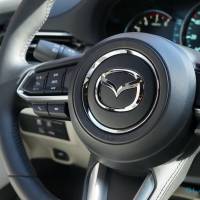 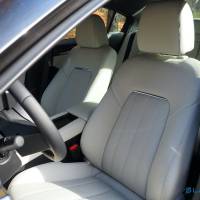 Adaptive cruise control, blind-spot monitoring with rear cross traffic alerts, lane-departure warnings, lane-keep assistance, and forward collision warnings are standard across the board, though, which is great. All models get keyless entry, dual-zone climate control, and push-button start; whiz up to Signature and you’re sitting on heated and ventilated front seats, too, plus listening to a Bose 11-speaker audio system, while those in the back get heated seats too.

The trunk is a reasonable 14.7 cu-ft, and both rows have no shortage of head, leg, and elbow space to play with. The rear seats drop down with a 60/40 split, too. Mazda quotes 23 mpg in the city, 31 mpg on the highway, and 26 mpg combined. My own, mixed driving fell short, though only by a few miles. 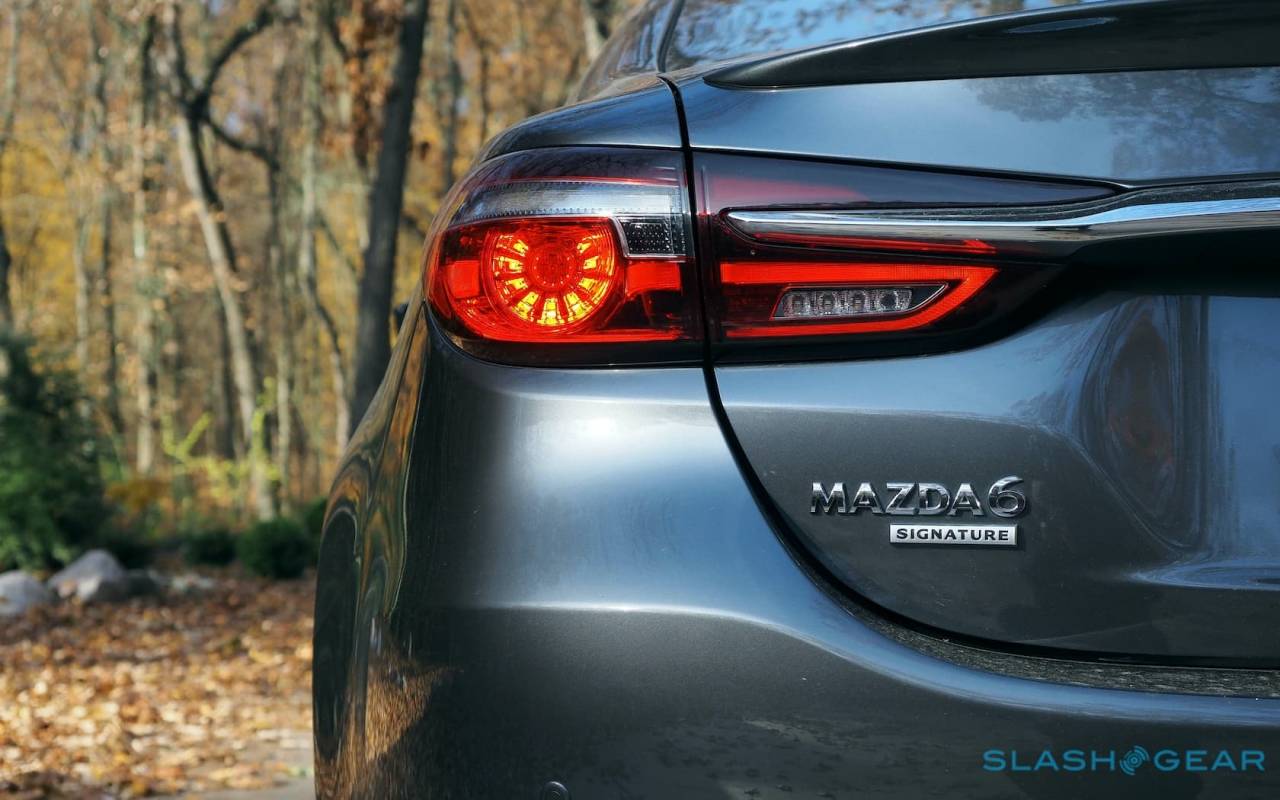 There’s a lot to like about the Mazda6. The line-up kicks off at $24,100 (plus destination), though you need to spend $32,300 or more to get the much-preferable turbo engine. That’s a lot of space, style, and driving engagement for the money, and while the Toyota Camry and Honda Accord may have moved ahead in refinement and technology, Mazda’s sedan still has the prestige edge in design. 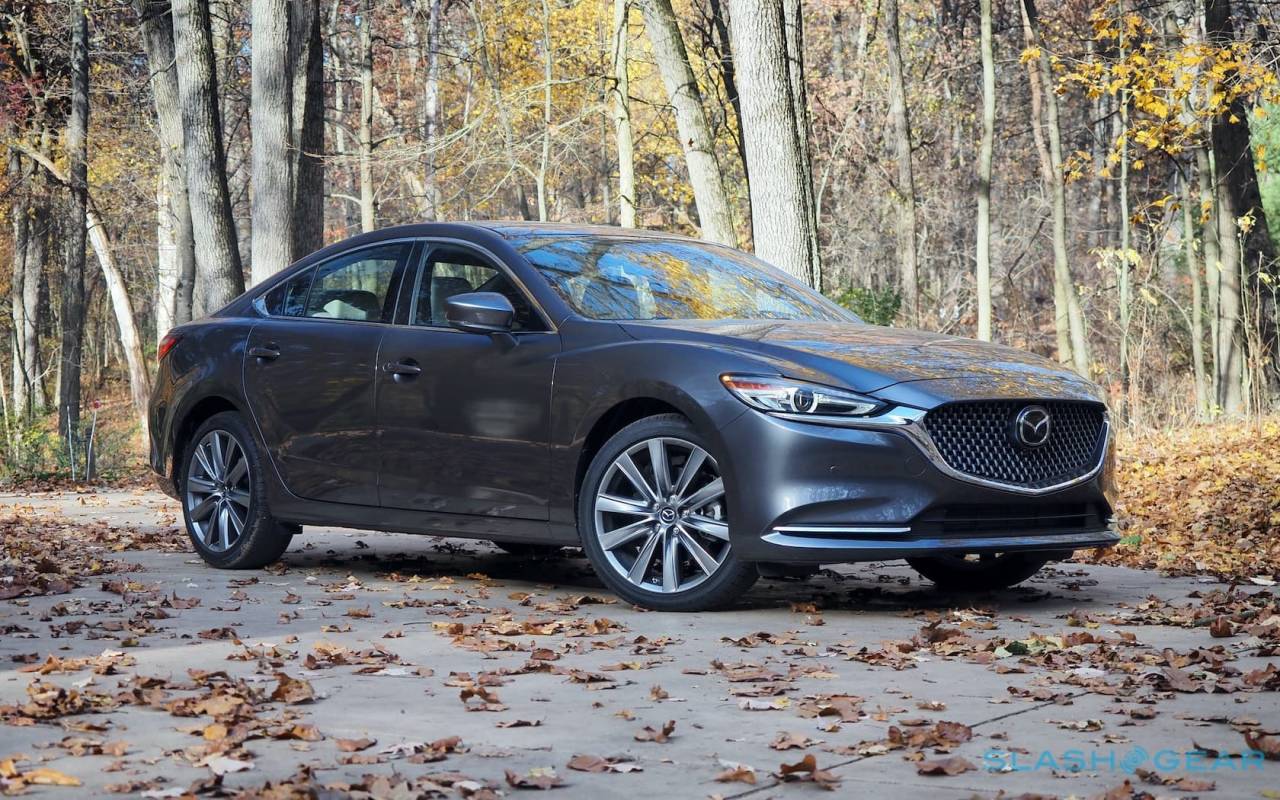 Personally, I’d double-down on that with the Soul Red paint job – perhaps a little cliched at this point, but no less striking for it – and embrace the Mazda6’s eagerness to play. In a market dominated by crossovers and SUVs, you can either give up or stand out, and the Mazda’s style shows there’s room for the sedan yet.