The 2020 Land Rover Discovery Sport has broken cover, and the three-row SUV is getting upgrades both in the shape of a mild-hybrid powertrain and a more tech-savvy cabin. Set to hit dealerships in the US this summer, the new Discovery Sport also gets a more aggressive exterior than the regular Discovery.

That includes new front and rear bumpers, along with a new grille. The LED lights have changed, too, though Discovery mainstays like the clamshell hood, rising beltline, and tapered roof are present and correct. 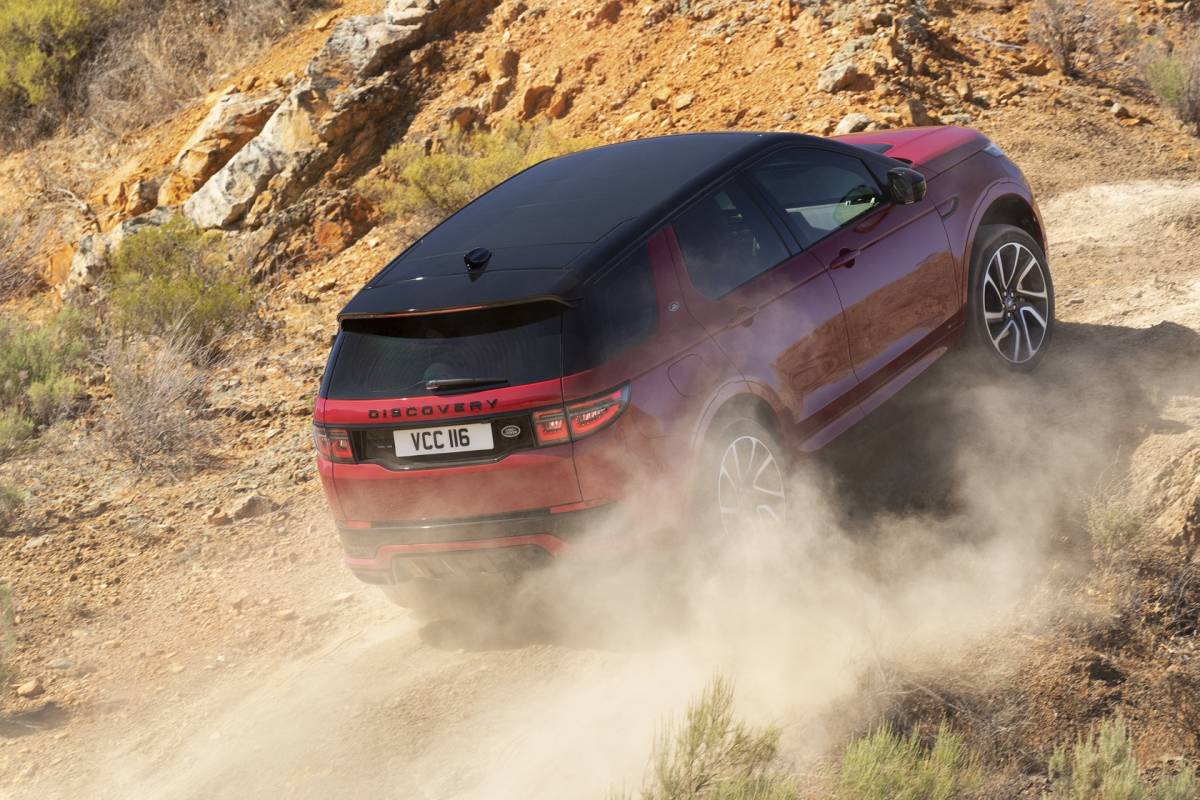 Inside there’s what Land Rover describes as “5+2” seating. In short, the 2020 Discovery Sport is really intended as a two-row SUV – with the second row having a 40/20/40 split along with slide functionality – while two further seats can be folded out of the trunk. As well as leather, there’s also now a Luxtex fabric option that’s made from recycled polyester microfiber. 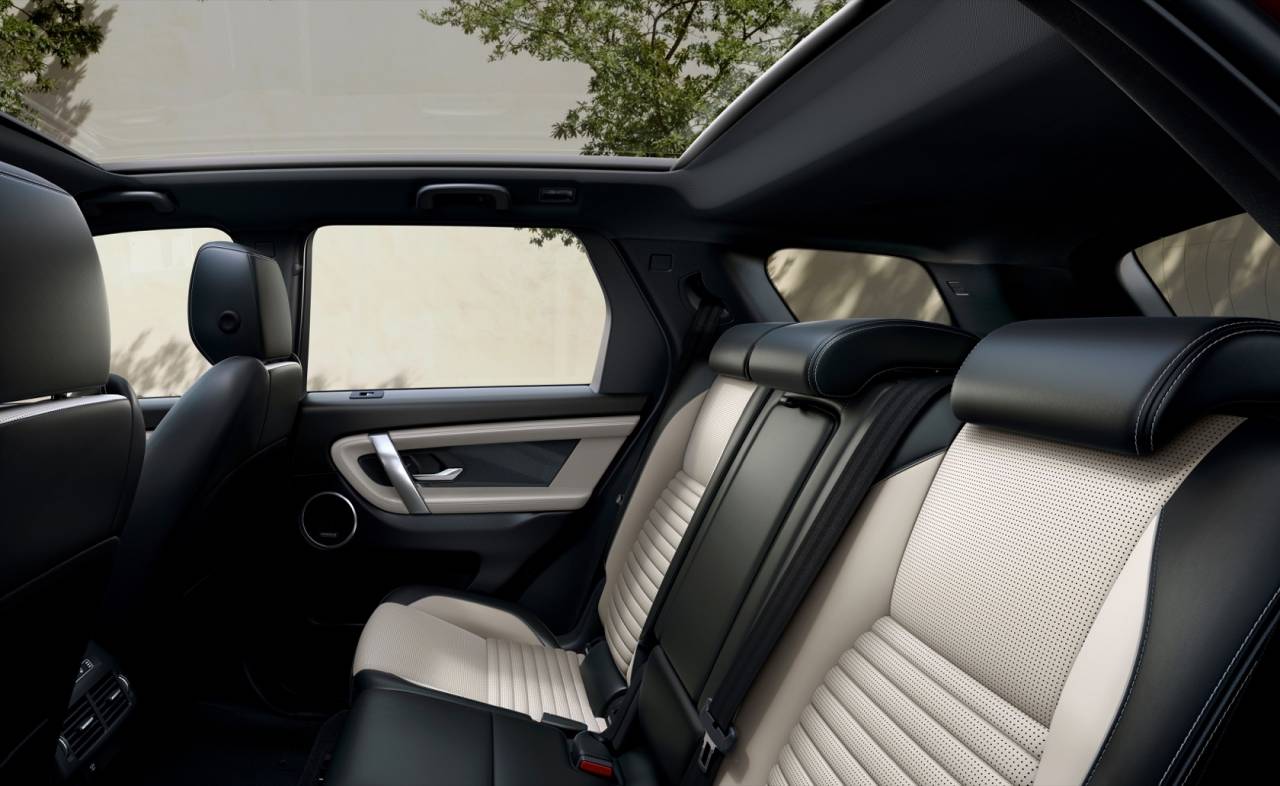 Storage nooks have been increased and enlarged, with new cup holders and more for third-row passengers. Six USB ports and three 12-volt outlets are spread around the cabin, and there’s optional wireless charging for the front row. That’s a first for the Land Rover brand, as is the fact that the Discovery Sport can also now be fitted with massage seats for the driver and front passenger. 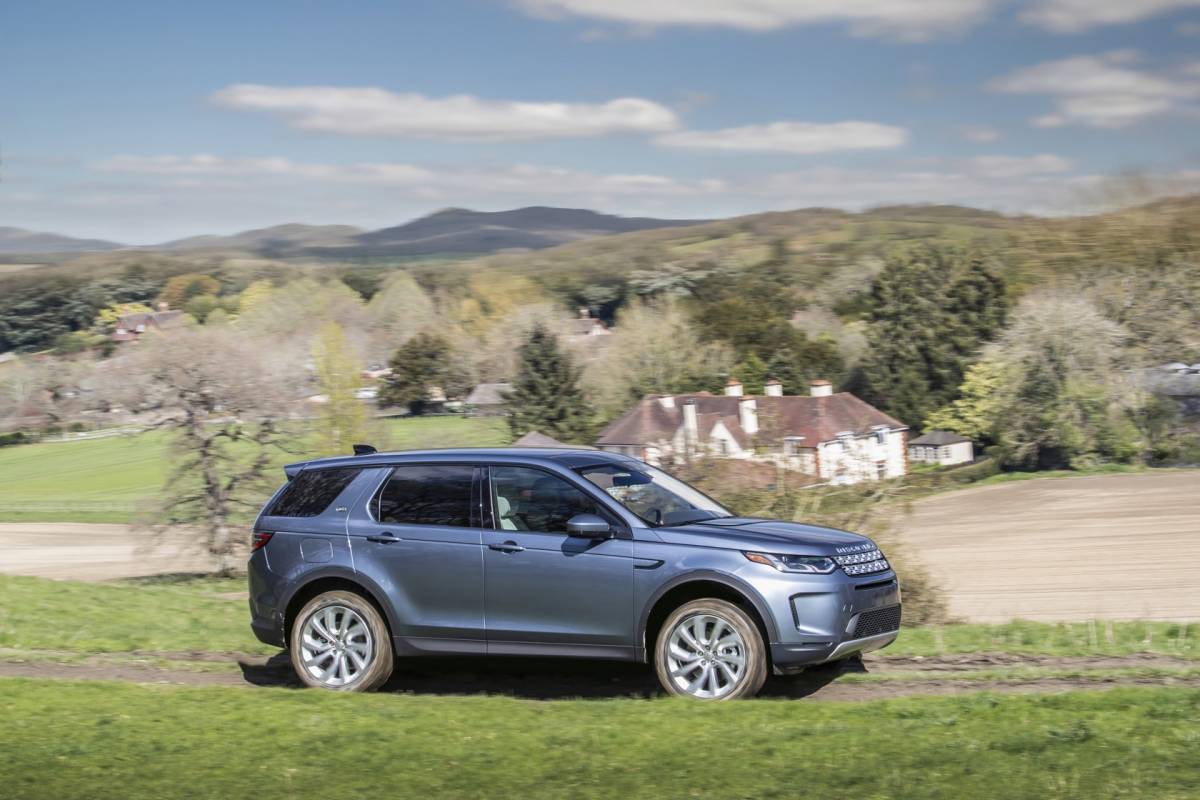 The drivetrain, meanwhile, includes a mild-hybrid option for the first time. That pairs a 48-volt electrical system with a gas engine, for 286 horsepower in total. It’s the same system as in the Evoque, with an engine-mounted belt-integrated starter generator used to charge up a battery under the floor when the Discovery is decelerating. The engine shuts off at speeds under 11 mph, when the brakes are applied; battery power is used to help when accelerating. 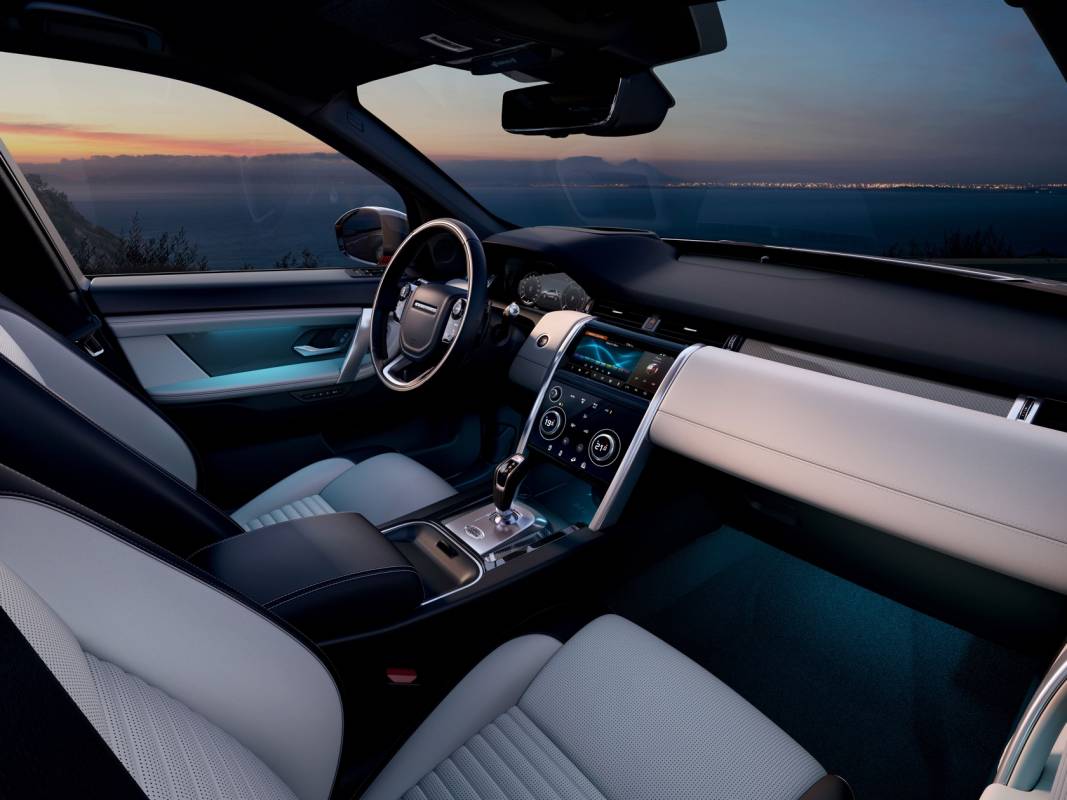 The new 2020 Evoque also donates its smart rear view mirror, which uses a rear-facing camera to show a perspective uninterrupted by rear passengers. ClearSight Ground View, meanwhile, gives a virtual view “through” the hood onto the dashboard touchscreen, handy for off-road maneuvering and safely avoiding curbs in parking lots. 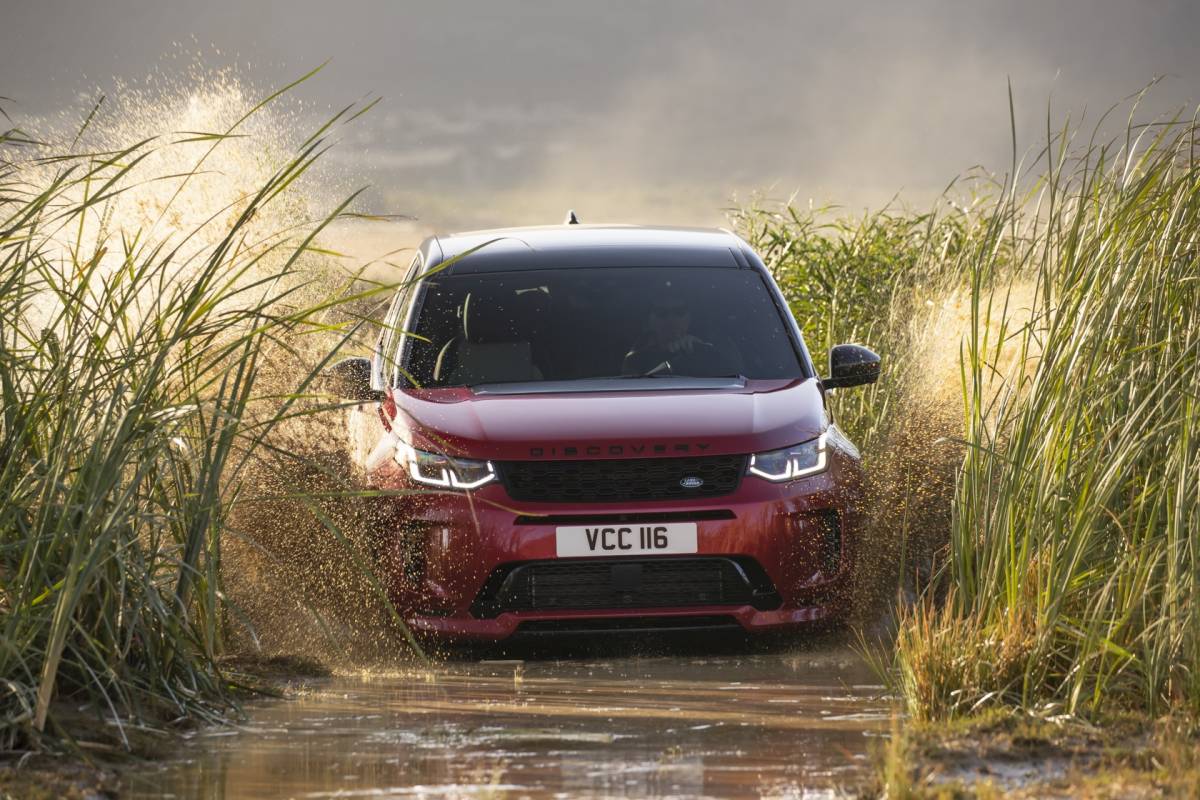 As you’d expect, despite the “Sport” in the name, this is still a Discovery and off-roading is a priority. That means 23.6-inches of wading depth ability, All-wheel drive, and a second-generation Active Driveline system, which are standard with the 2020 Discovery Sport P300. Terrain Response 2 is available, too, and there’s up to 4,409 pounds of towing support. 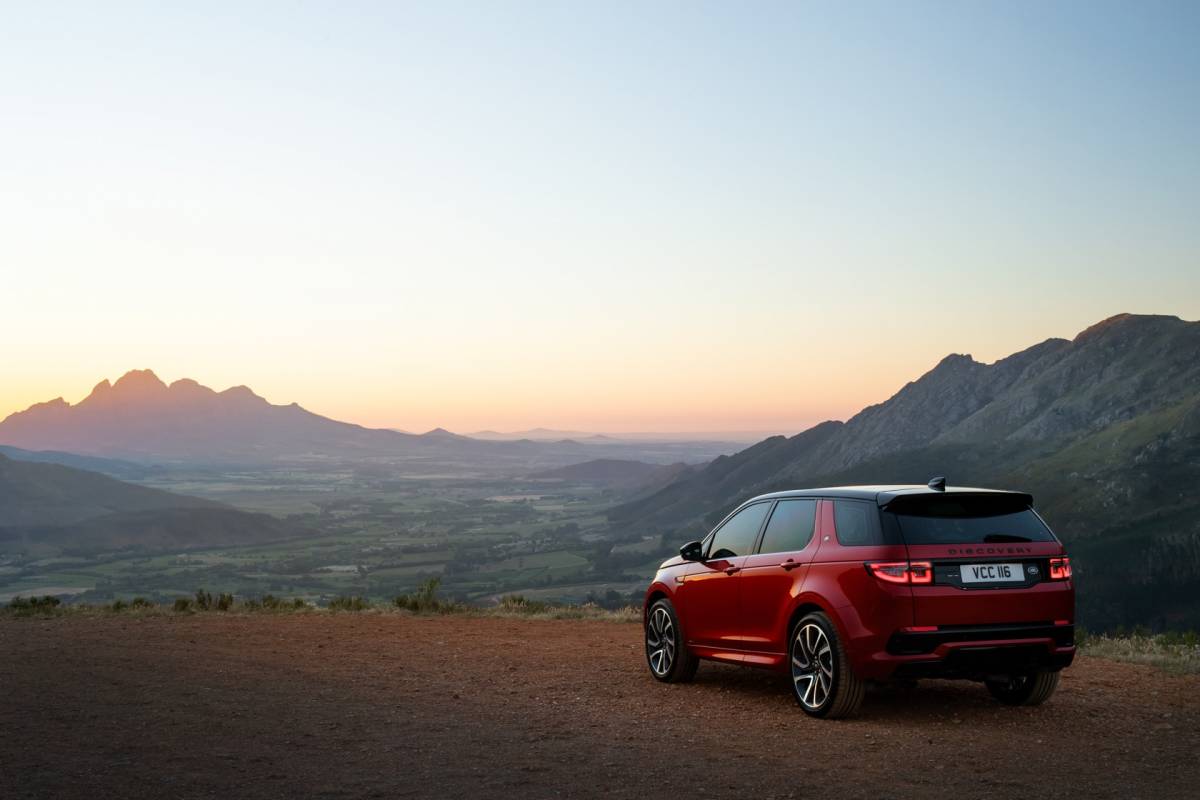 Adaptive Cruise Control with sterling assistance, lane keeping assistance, and other active safety tech is available. Other options include R-Dynamic trim packages, 21-inch wheels, and a Black Exterior Pack; uou can also add the Land Rover Activity Key, a waterproof wristband that allows for easier access while doing sports and other activities. The 10-inch Touch Pro infotainment system is now standard, and can be had with Apple CarPlay and Android Auto.

Pricing for the 2020 Discovery Sport will be confirmed closer to the SUV’s release, later in 2019.

[Update: Land Rover has updated its performance figures for the new 2020 Discovery Sport Hybrid P290, which is now rated for 286 horsepower]