The 2020 Rover Range Rover Evoque remains the smallest SUV in Land Rover’s lineup, and it’s all for the better. Why mess with a good thing when you have a winner on your hands? Land Rover sold around 800,000 units of the first-gen Evoque worldwide, so there are high expectations for a solid successor. The new Evoque retained a familiar overall look to the outgoing model, and that’s a good thing. Additionally, as expected, there are loads of improvements inside and out, packing a new array of technology to once again redefine the luxury crossover segment.

The styling of the 2020 Evoque is a little controversial. Upon first glance, in fact, it takes a keen eye to spot the visible changes to the body. Land Rover didn’t want to mess with the bold and angular styling of the old car. All the familiar details are there for you to see: from the clamshell hood and round wheel housings to the tapered roof, rising waistline, and narrowing side glass. Even the slim headlights are retained, albeit now shallower and sharper. The front and rear overhangs are now even shorter than before, giving the new Evoque a chunkier and sportier vibe. 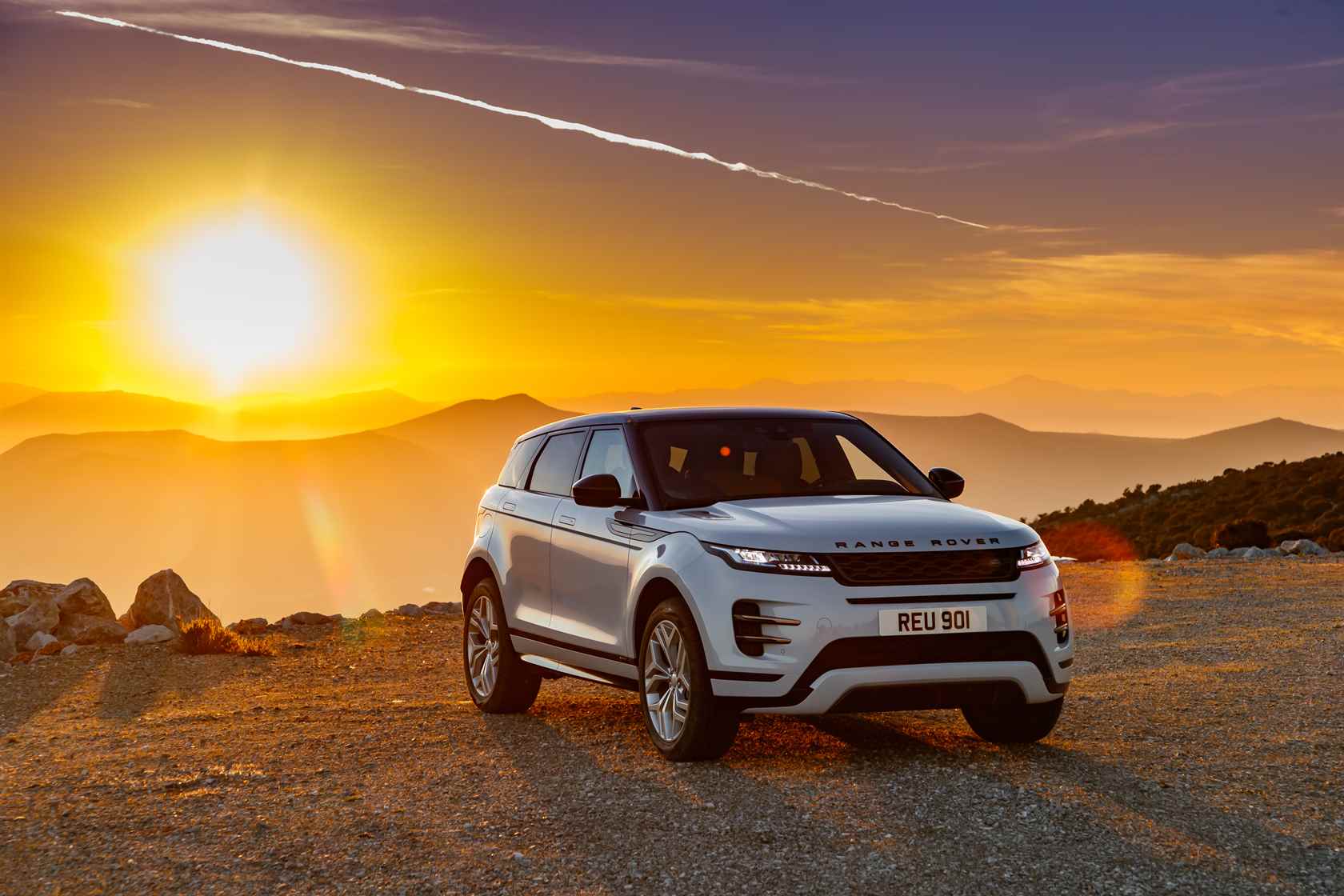 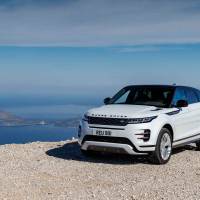 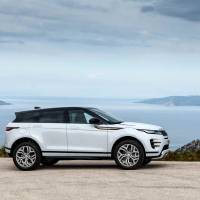 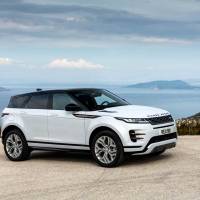 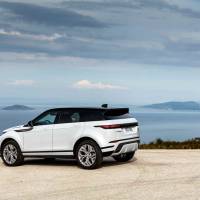 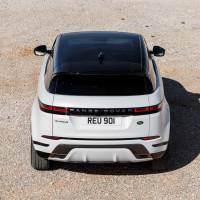 Despite having an instantly-recognizable façade, the new Evoque is incrementally bigger, taller, and wider. Wheelbase has increased by 0.8-inches to 105.6-inches, with the overall length increased by 0.6-inches, to 172.1-inches. While the size increase may appear to be mediocre, every little bit went towards increasing legroom for the rear passengers. Admittedly, the rear isn’t spacious as one might expect from the Land Rover’s larger offerings, but at the same time, it’s not a terrible place to be either.

Being 6’ 2”, I’d be lying if I told you it made a big difference for me. The new Evoque still offers less rear room than the Volvo XC40 and BMW X1, for example. But this isn’t a big problem if you consider the target market of the new crossover: affluent millennials and empty nesters. So, instead of giving the new Evoque the interior space of a larger SUV, Land Rover preferred to improve trunk space over rear seat legroom. Cargo space has grown marginally to 20.8 cubic feet, roomy enough to accommodate a full day’s worth of shopping and groceries. 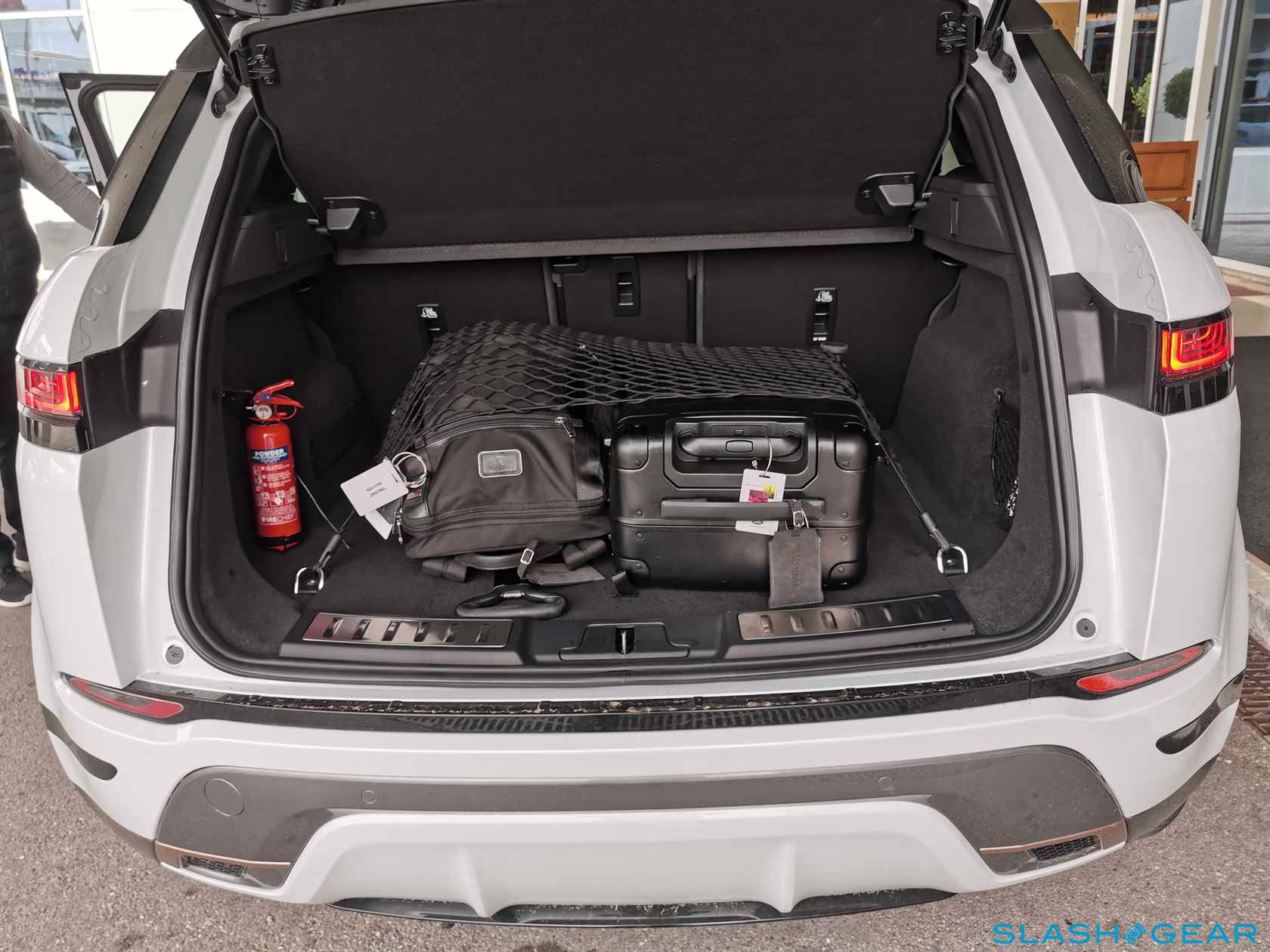 The 2020 Range Rover Evoque rides on a new high-strength steel platform. In order to save weight, though, Land Rover opted for a die-cast aluminum front sub-frame and forged aluminum control arms for the suspension. The biggest weight-savings come courtesy of the new bimetallic disk brakes, shaving off more than 2.6 pounds per wheel. All these changes give the new Evoque a more agile and sharper driving experience. Paired with the re-engineered McPherson front and integral link rear suspension, Land Rover also threw in hydrobush technology and continuously-variable dampers to provide a smooth and luxurious ride even when the roads turn harsh. 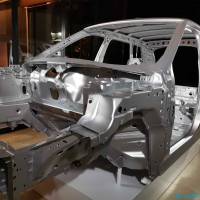 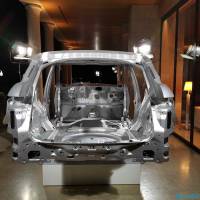 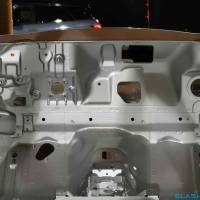 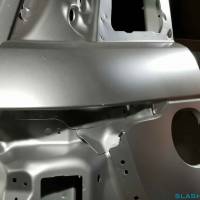 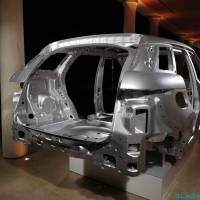 One of the biggest changes in the 2020 Range Rover Evoque is the 48-volt mild-hybrid power system. Offered on the P300 Evoque with its 296-horsepower and 295 pound-feet of torque, it makes use of an electric starter/generator to recover energy as you press the brakes. The energy is stored in a small 0.2-kWh battery pack located under the floor: not enough to amount to any all-electric range, but capable of supplying additional power when you hit the gas pedal. It also allows the regular engine to shut off at speeds below 11 mph. The new P250 Evoque still gets the familiar 2.0-liter turbocharged four-cylinder, good for 246-horsepower without the 48-volt mild-hybrid system. 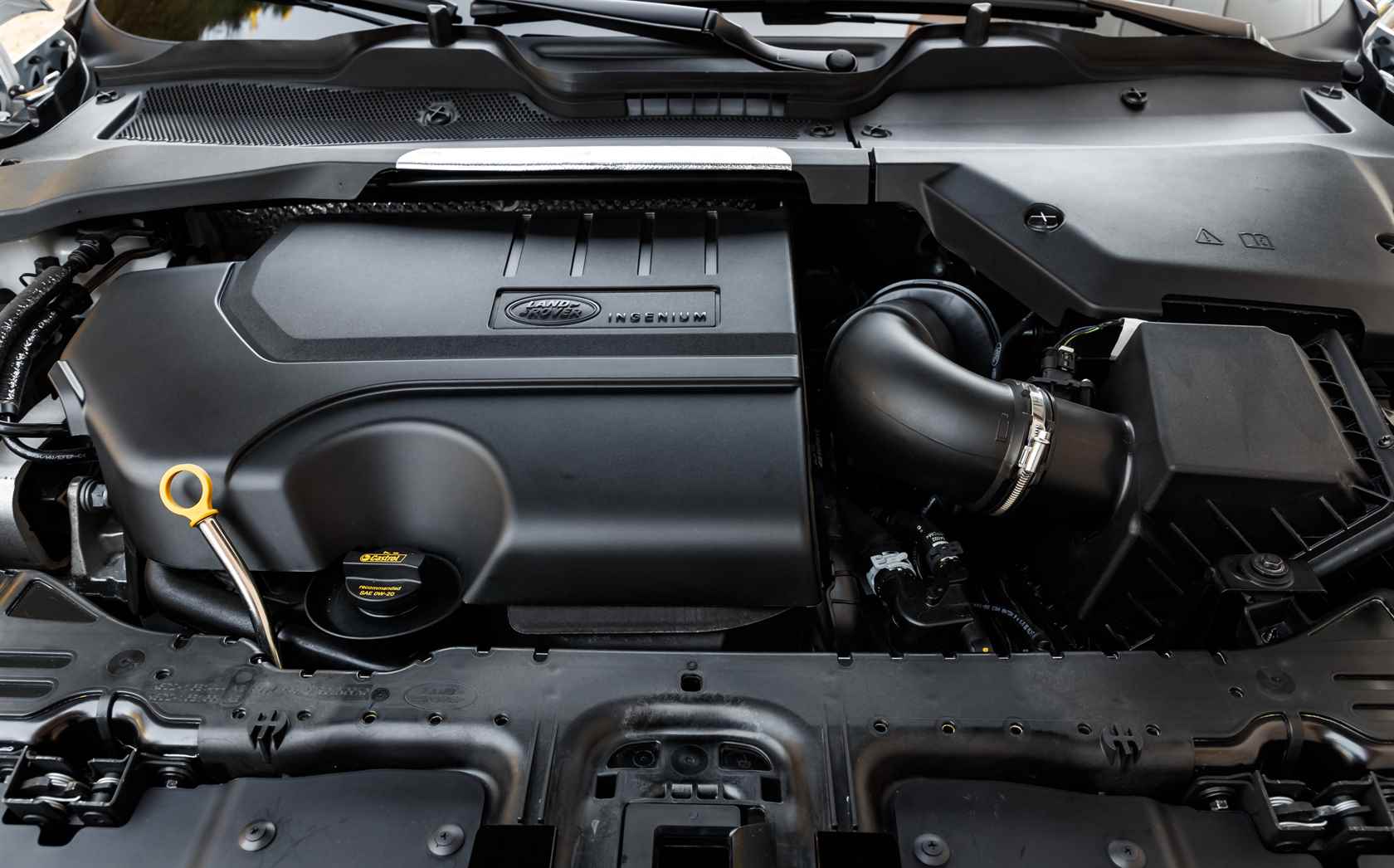 The P300 is quoted to have an estimated 21/26 mpg while the P250 is at 20/27 mpg, down from 21/29 mpg in the old car. Whatever the case, both engines use a new nine-speed automatic and all-wheel drive. Unlike in the old car, the new AWD can disconnect the rear wheels to further enhance efficiency. The new active driveline system is also smart enough to control the torque distribution between the front and rear axle, including both rear wheels independently. When the going gets tougher, the new Evoque is equipped with a locking rear differential; there’s also the Terrain Response 2 system with Auto mode, ensuring the crossover has sufficient off-road creditability to live up to its badge.

As we expected from the luxury crossover, the interior of the 2020 Evoque is strongly inspired of the premium styling in the Range Rover Velar. There are two touchscreens in the center console, handling both infotainment and the climate control system. The only physical buttons are a pair of controller wheels and a volume knob in the lower screen. Other than those, the dashboard and console are clean as a whistle. For the first time in a Jaguar-Land Rover vehicle, Android Auto and Apple Car Play are now standard. You can also choose plant-derived fabrics, premium quilted leather, and synthetic material made from recycled plastic bottles for the various materials in the interior. All in all, you are never denied the feeling of luxury as you sit inside the new Evoque. 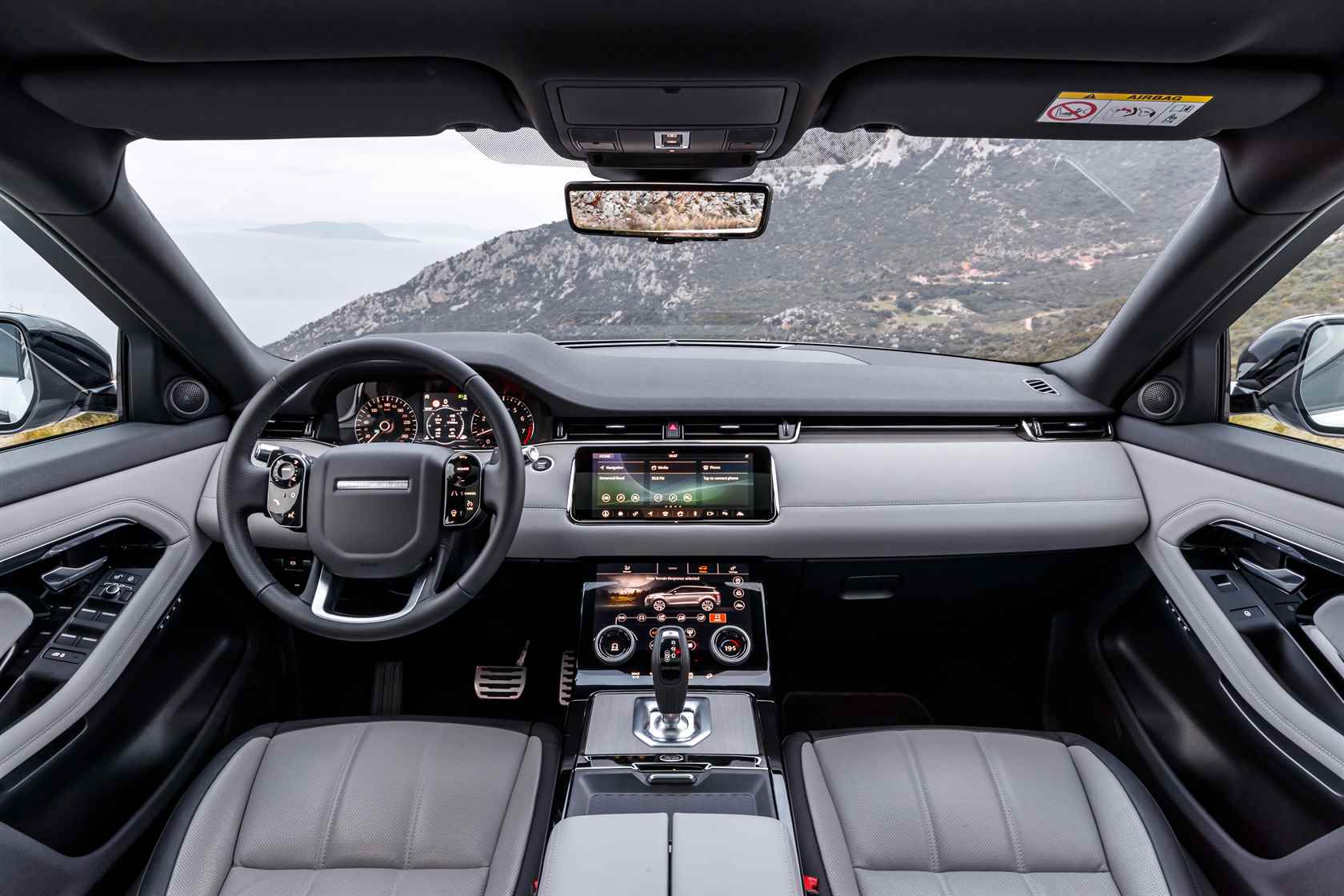 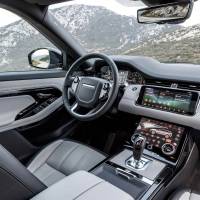 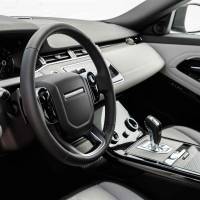 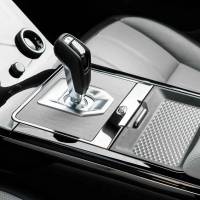 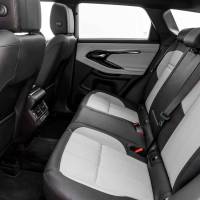 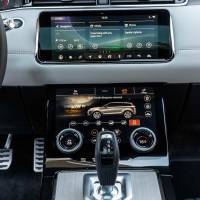 Also making its debut in the Evoque is the ClearSight Ground View system. This “X-ray vision” allows you to literally see the ground right in front of the vehicle, as though you can see through a transparent hood. Although billed as essential in off-road scenarios, it’s also great in avoiding nasty curbs as you park. The system is not powered by magic, unicorns, or harmful radiation. Instead, the new Evoque is equipped with cameras in the front grille and door mirrors, with software combining them to create a clear perspective of the road underneath.

The new Evoque also comes with a 1.7-megapixel rear camera for the ClearSight Rear View system. This allows the rear view mirror to display a video feed of all the things happening in the back of the car. Considering the poor visibility courtesy of the sloping roofline and smaller rear windows, this new feature is a Godsend. 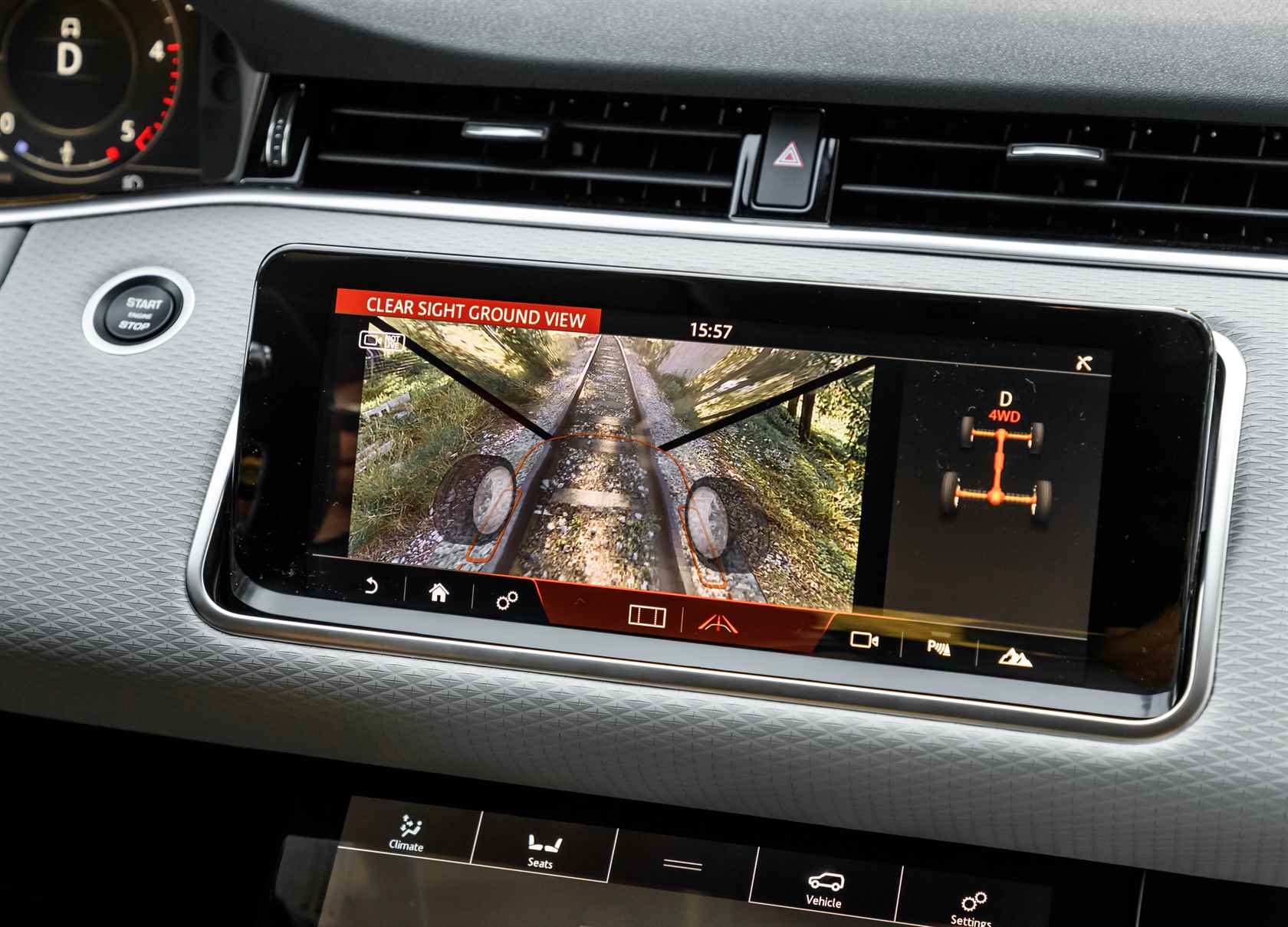 Driving the new Evoque is mostly a comfortable and smooth experience. The previous model was also comfortable and sporty, but it lacked the refinement Land Rover has dialed in this time around. Gone are the rattles and squeaks in the interior, one of the few niggles with the previous-generation car. The old model also suffered from a slow transmission, its slushbox having a tendency to hunt for gears, which is irritating in city traffic. The new Evoque is much more refined, closer indeed to siblings like the Velar and the Range Rover Sport.

The new Evoque is not short in sportiness if that’s more your thing. You can expect the Evoque to feel more grown up and well-mannered than the old car, and that’s a good thing for a compact luxury SUV. 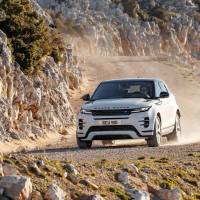 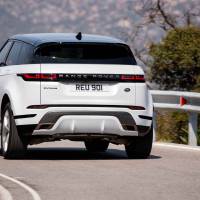 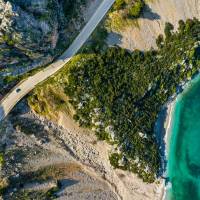 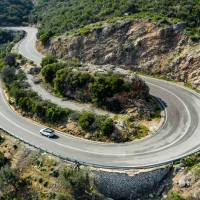 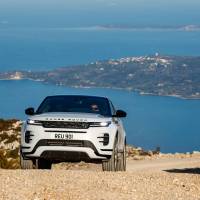 Unfortunately, the mild-hybrid system wasn’t available on this drive program but I’d imagine that it’s expected to operate seamlessly in the background. Until I get a chance to drive it myself, my only insight is from my experience in other vehicles with similar systems: I’m expecting the mild-hybrid Evoque to get a much-needed kick when accelerating from a full stop. It probably won’t accelerate like a Tesla Model X, but the Tesla can only dream of having a sumptuous and luxurious interior as the new Evoque. The new car feels fresh on the inside but the cabin still feels a bit tight for taller occupants. 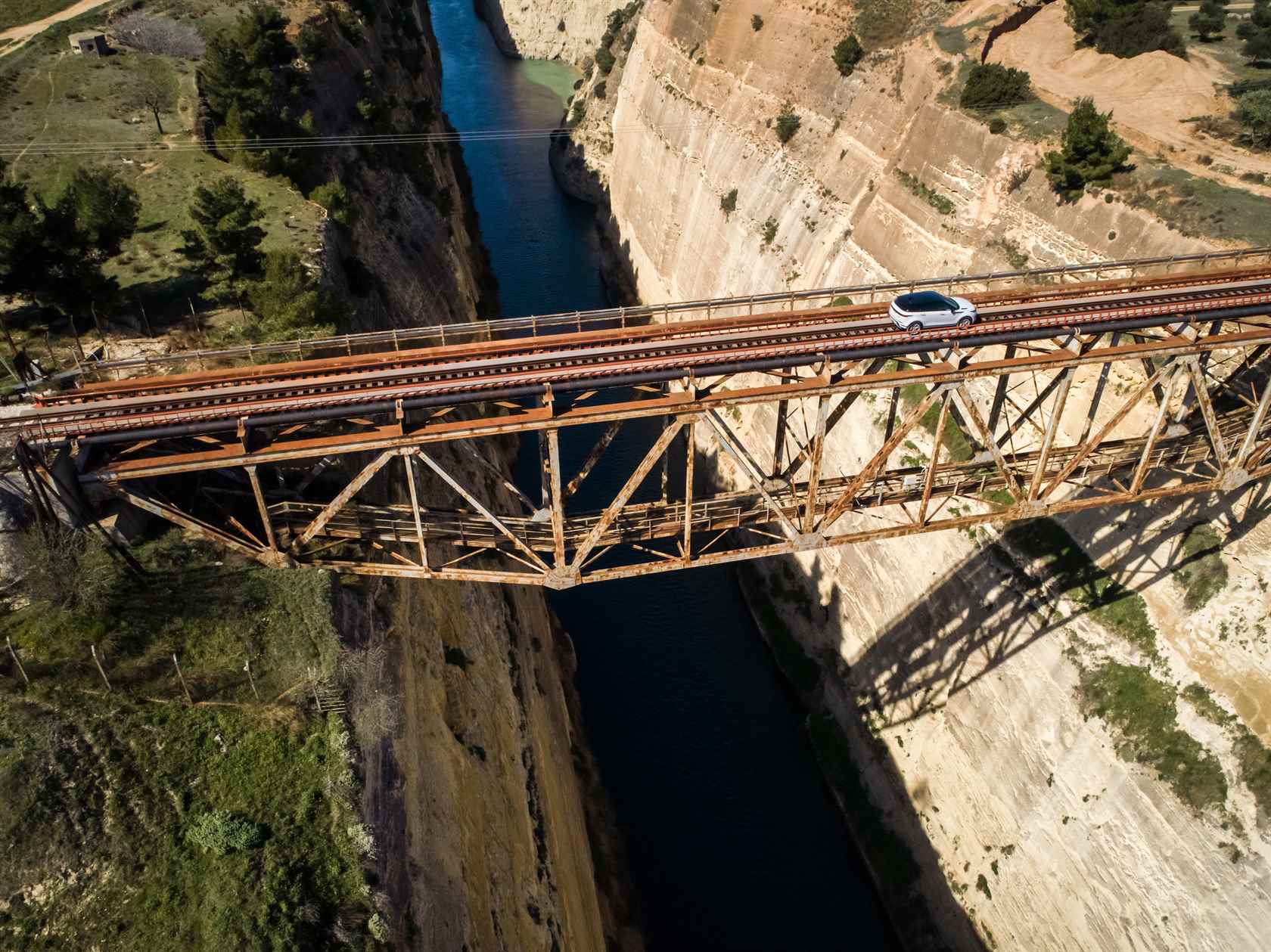 Modest practicality is not a strong attribute of small luxury crossovers, of course, because it doesn’t have to be. If you need more room to wiggle around, you are looking at the wrong type of car.

To be quite honest, I don’t mind losing some cargo room in exchange for more sporty and agile handling. In this regard, the new Range Rover Evoque is on top of the charts. This vehicle is proof that you don’t need stiff suspension to achieve rewarding on-road feel, and it also demonstrates how the right blend of tautness can achieve sharper handling with a comfortable ride.

We had the opportunity to test its off-road capabilities – and yes, I can confirm that it’ll hold it’s own against the competitors in the segment. Might I add that it does a fine job for a luxury SUV. Keeping your expectation in check, it’s not as capable as the Discovery Sport or Range Rover in the boonies, but it won’t back down from gravel or shallow river crossings, either.

The Terrain Response 2 system and a new all-wheel-drive system with a locking center differential are more than capable of motivating the new Evoque over challenging off-road conditions. You may not take it out there often, but it’s important to know that you could. 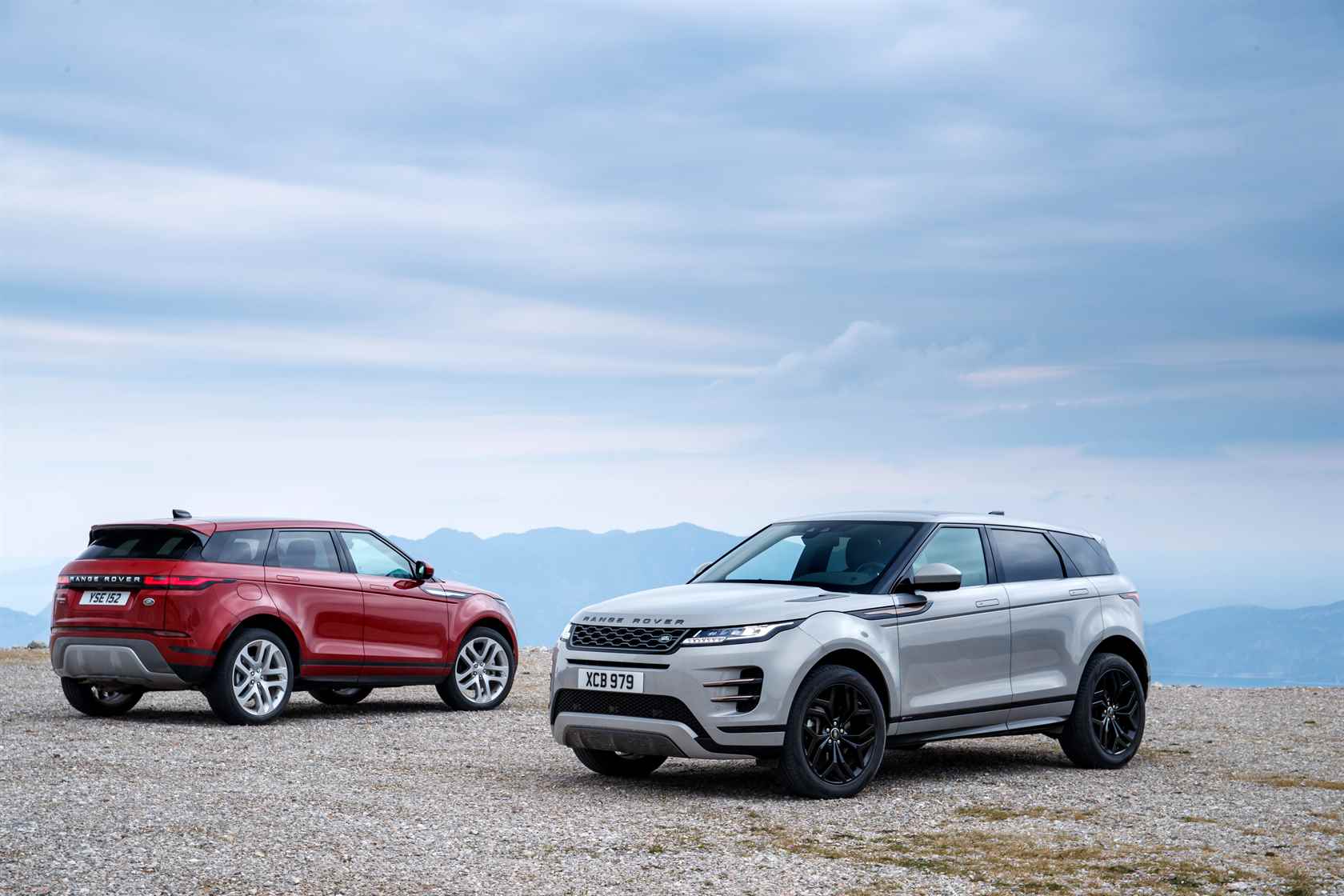 Overall, the 2020 Land Rover Range Rover Evoque starts at $43,645 for the P250 S, while the P300 starts at $47,595. That’s not exactly cheap for a relatively small and compact CUV. Still, no other small luxury crossover offers the badge prestige, styling, versatility, and off-road capability that the new Evoque brings.