The Kia Telluride SUV concept was first revealed at the 2016 North American International Auto Show, and now Kia is previewing the 2020 production model due early next year with another play on the eight-seater. The new, full-size SUV gets the magic touch of fashion designer Brandon Maxwell, in fact, with a Texas-inspired runway collection at the New York Fashion Week 2018.

A fashion show might not seem like the obvious place for a family car, but according to the designer it’s not such an odd combination. “My Mom drove me to school in East Texas in a Kia Sedona, and my adoration for the brand runs deep,” Maxwell insists. “When I left Marfa, Texas, where I designed my SS’19 collection, I started talking with Kia. I wanted a partner who could help fill a need in Marfa’s public school system and Kia was looking to create a unique integration for their new Telluride.” 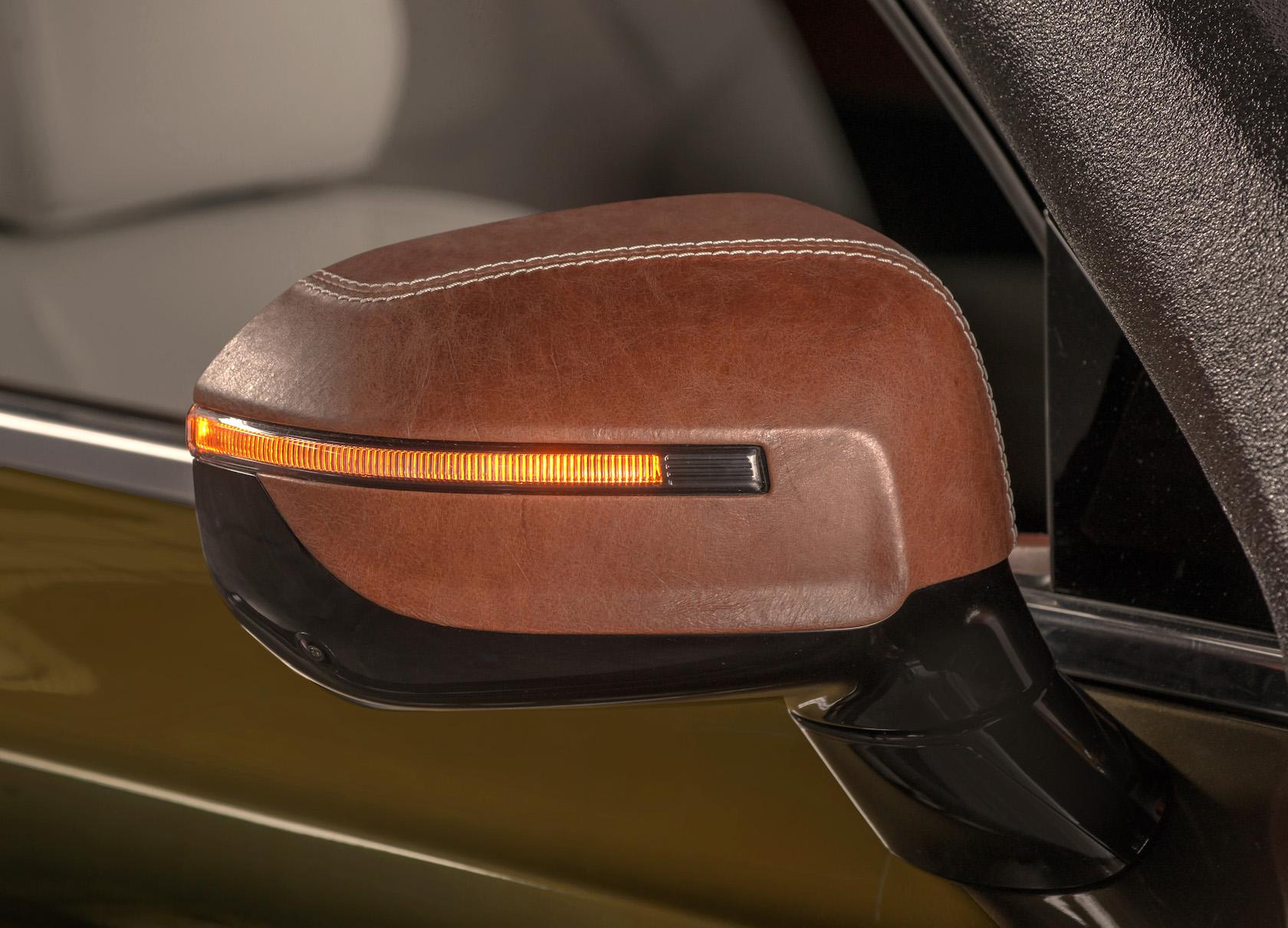 The result is a bespoke version of the 2020 Kia Telluride that pays homage to Maxwell’s Texas roots. The interior is swathed in natural wood trim to deliver a true Texan vibe, while the dashboard, grab handles, and door panels get double-stitched and saddle-inspired leather trim. Even the exterior door handles and side mirrors are treated with the same leather treatment. We’re not sure how the leather treatments on the outside would hold up in the real world, mind, but it certainly does make it clear from the outset just what the Telluride’s big theme is.

The leather isn’t the only differentiator from the eventual production Telluride that’ll end up in dealerships. There’s a customized front bumper with integrated round fog lamps, and a bevy of auxiliary lights under the front grille. Look closer, and you’ll find a unique leather tow strap tongue there as well. The custom rear bumper comes with a standard hitch receiver for easy towing. 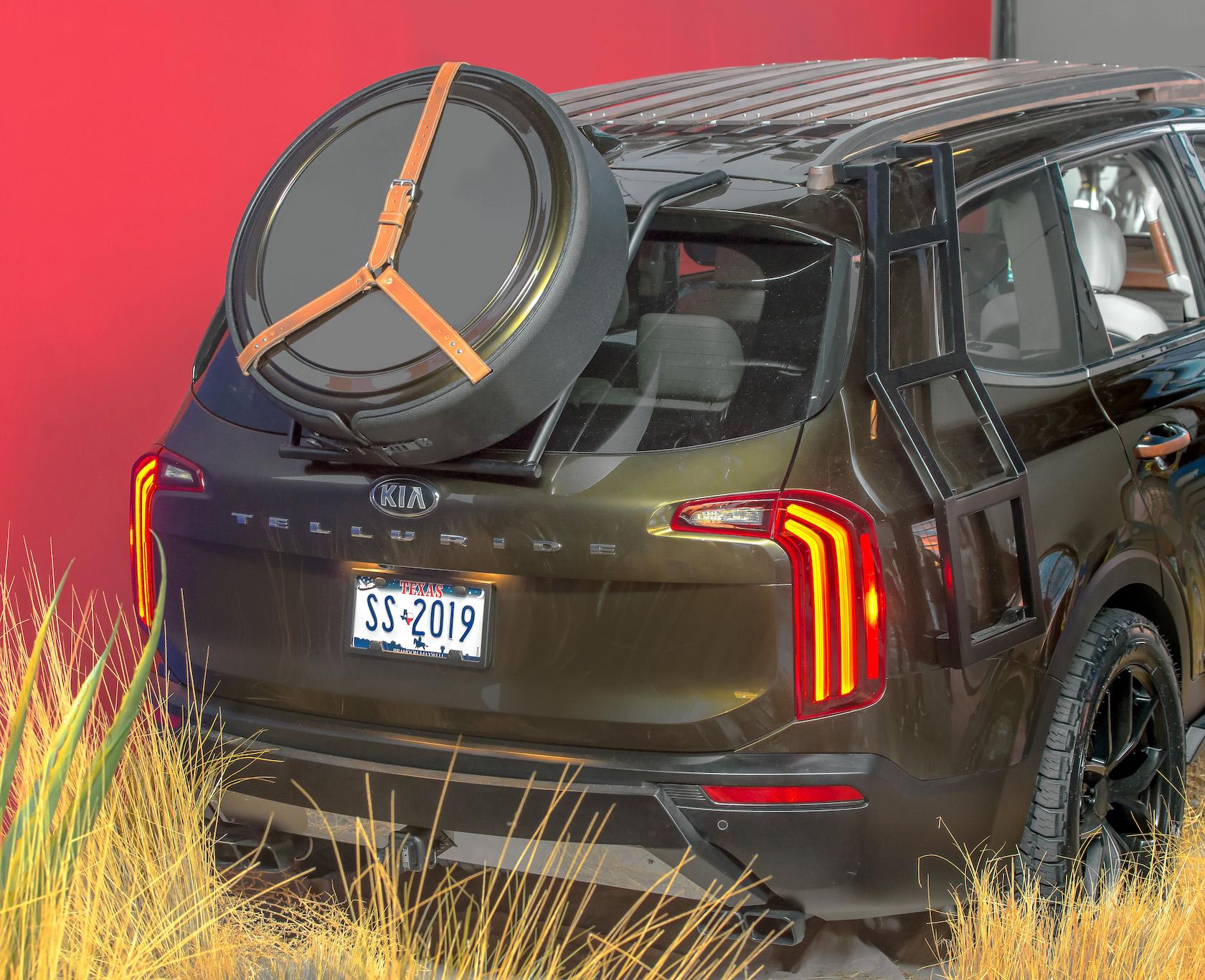 Fashionable it may be, but Kia isn’t sacrificing functionality in the process. Front and rear skid plates should protect the underbody from scrapes, while giving the SUV a more purposeful and aggressive look. Even more obvious is the snorkel, that will allow drivers to forge deep water crossings without drowning the motor. It even comes with custom sidestep sills and 20-inch black alloy wheels, wrapped in chunky off-road tires. The spare tire is cleverly mounted in the rear hatch, and secured with double-stitched leather straps. 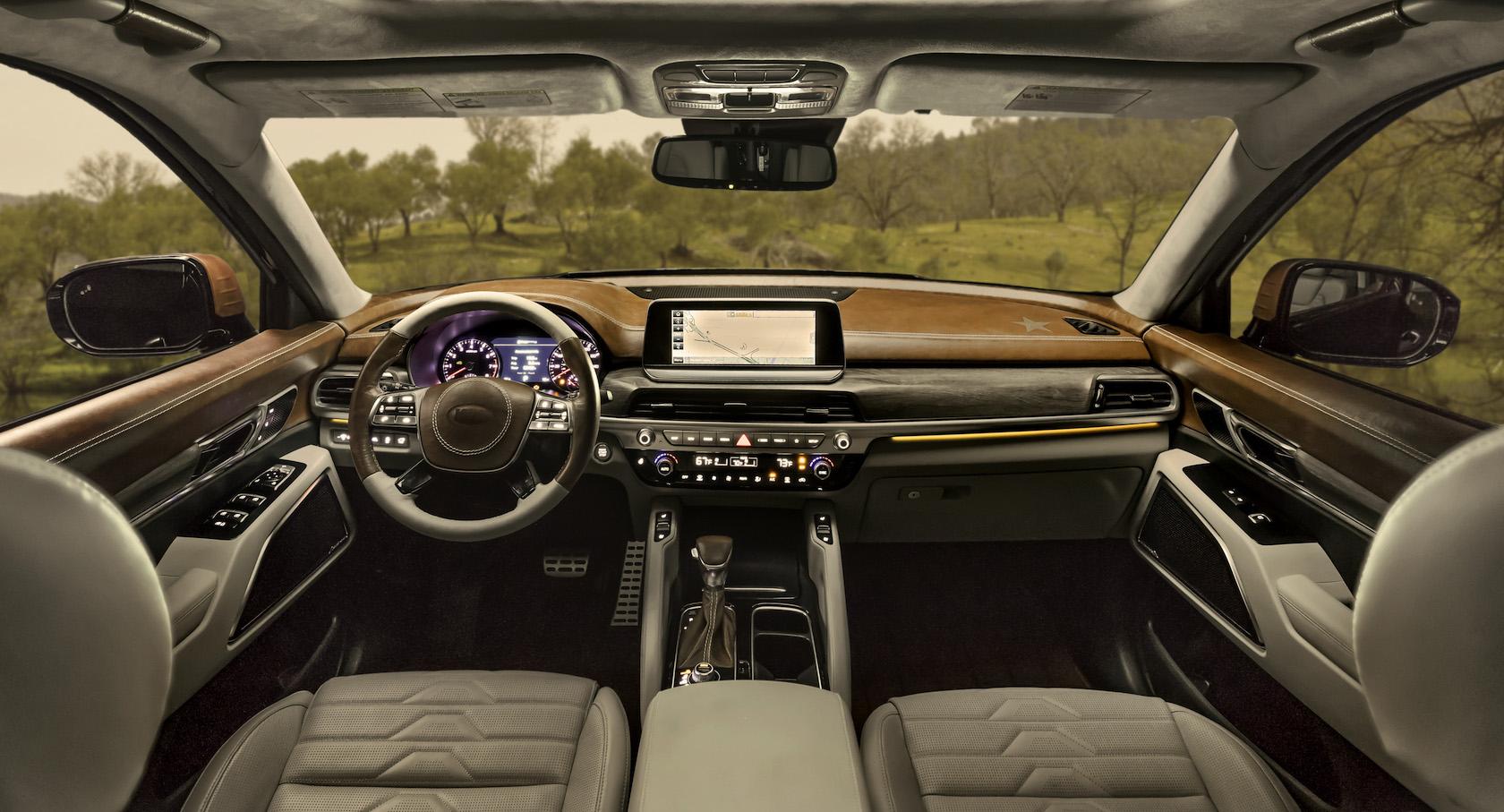 Finally, the roof is treated to a custom wood and aluminum roof rack to provide the finishing touch. The 2020 Kia Telluride Texas Edition is covered in the same, deep green paint job as we saw on the concept that debuted in Detroit two years ago.

“Telluride summits Kia’s SUV lineup and forged a surprising new path with its runway debut at New York Fashion Week,” Saad Chehab, vice president of marketing communications at Kia Motors America, says. “Only a brand as forward-thinking as Kia could collaborate with Brandon Maxwell to launch the Telluride ahead of its official debut at the North American International Auto Show in January.” 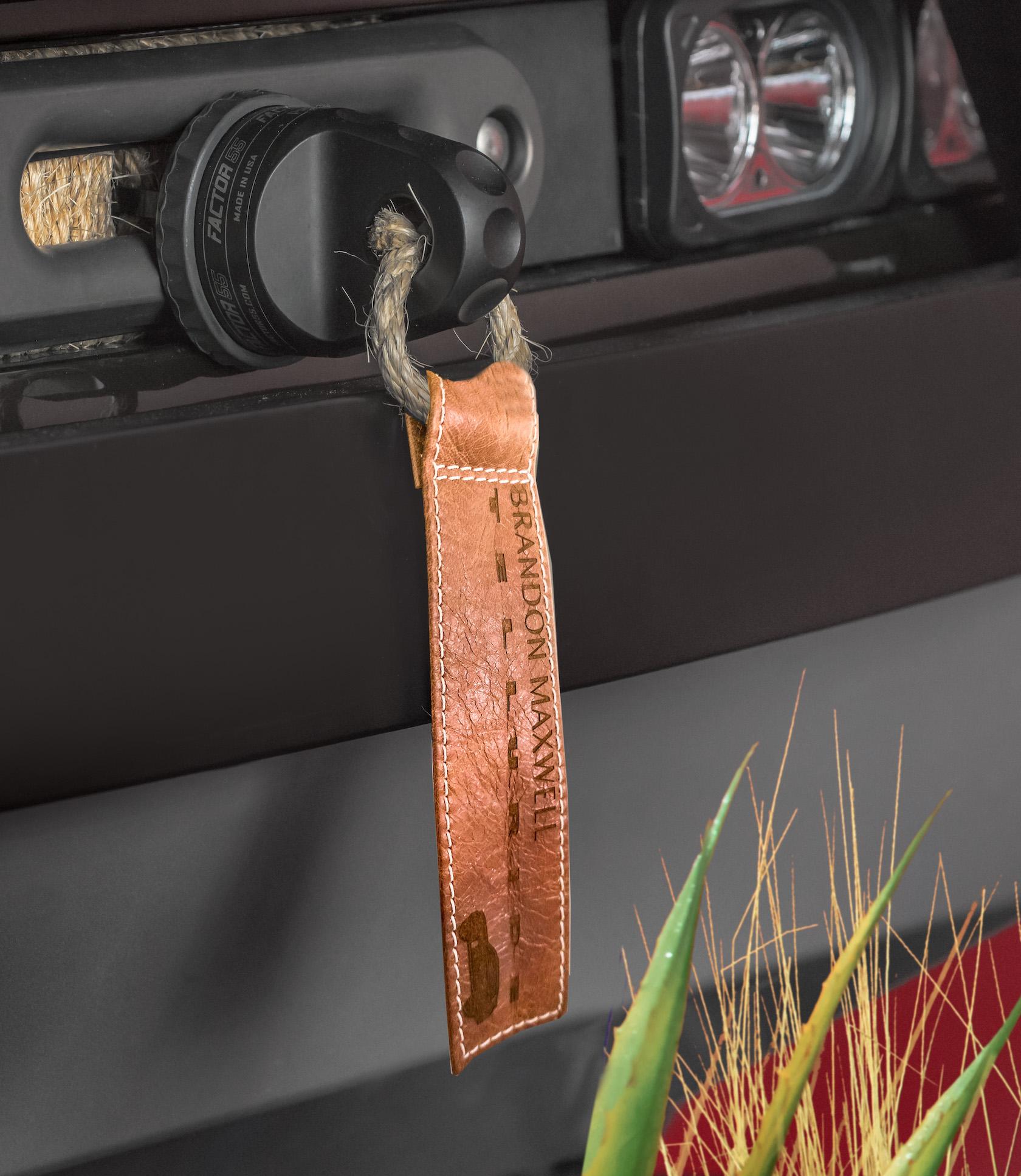 The production version will be a little more practical than this leather-trimmed one-off, of course. We’re still waiting for an official confirmation on powertrain choices, but the 2019 Telluride is rumored to be powered by a 3.5-liter V6 engine. What we’d really like to see, though, is the electrified powertrain of the concept car: that combined a 130 horsepower electric motor with the gas engine, to produce around 400 horsepower. Should it make it into production, the full-size eight-seat could even achieve an impressive 30 mpg on the combined cycle.

Kia and Brandon Maxwell will be donating a “substantial portion” of the fashion show proceeds to the public school system of Marfa, Texas. The production model of the Kia Telluride, meanwhile, will be manufactured in West Point, Georgia and will be available at U.S. Kia dealerships by early 2019. 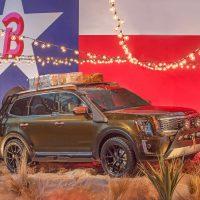 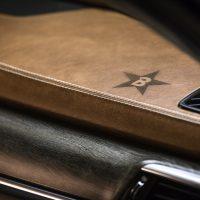 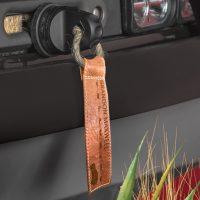 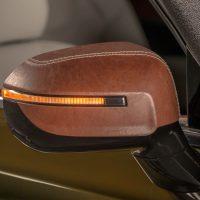 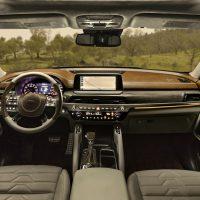 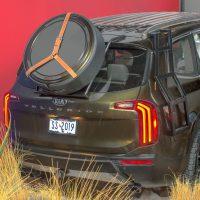 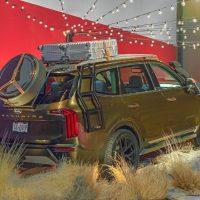 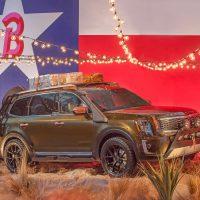 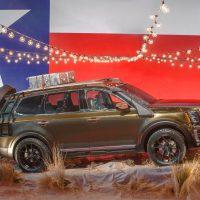