There’s a reason the CR-V is a perennial best-seller for Honda; nothing else in the automaker’s line-up quite epitomizes its combination of practicality, attainable refinement, and uncontroversial good looks. In the case of the 2020 CR-V Touring AWD, a recent refresh sets it up to better fend off rivals like VW’s Tiguan, Nissan’s Rogue, and Toyota’s RAV4.

Of the set, I suspect the CR-V will prove least divisive when it comes to the design. The 2020 model year brought a reshaped grille and headlights, plus new tints to the rear lights. Touring spec lashes on more chrome and handsome 19-inch wheels, but even the lower trims don’t really look like their $25,050 starting price. 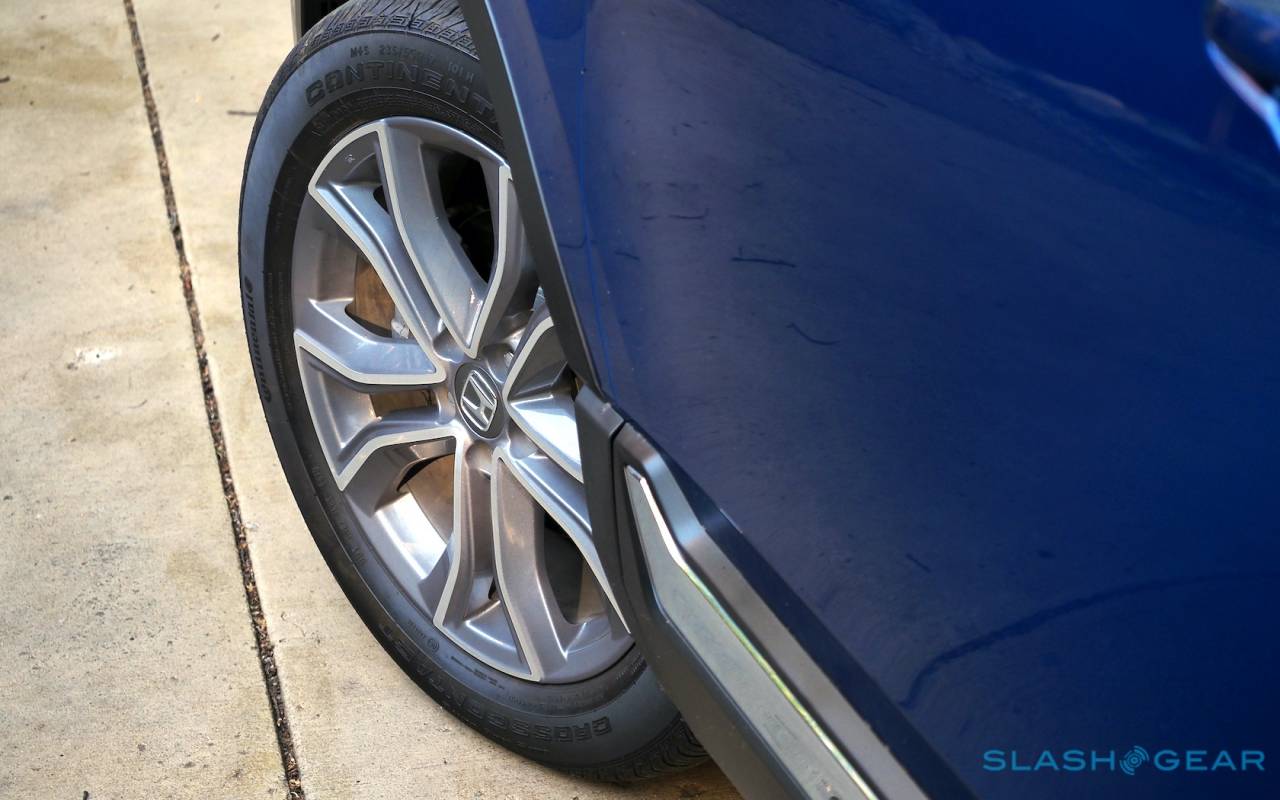 The 2020 CR-V Touring you see here starts out at $33,250 (plus $1,120 destination) and sees Honda venture into specs you’d not long ago have needed to raid the category above for. There’s leather-trimmed seats with heating up front, a hands-free power tailgate, moonroof, and dual-zone automatic climate control. Honda throws in a heated, leather-wrapped steering wheel, ambient lighting, and a 330W audio system with nine speakers including a subwoofer. A wireless charging mat for your phone lives in the center console.

Apple CarPlay and Android Auto – sadly wired-only, not wireless – along with SiriusXM are standard on all but the entry trim, as are two USB ports up front and another two for the rear. It’s all very well considered, which leaves the 7-inch touchscreen for Honda’s infotainment system feeling oddly old-fashioned in its size. The UI does it no favors there, either, feeling sluggish and looking dated. There is, at least, a dedicated volume knob, and Honda doesn’t stint on physical controls for the HVAC system. 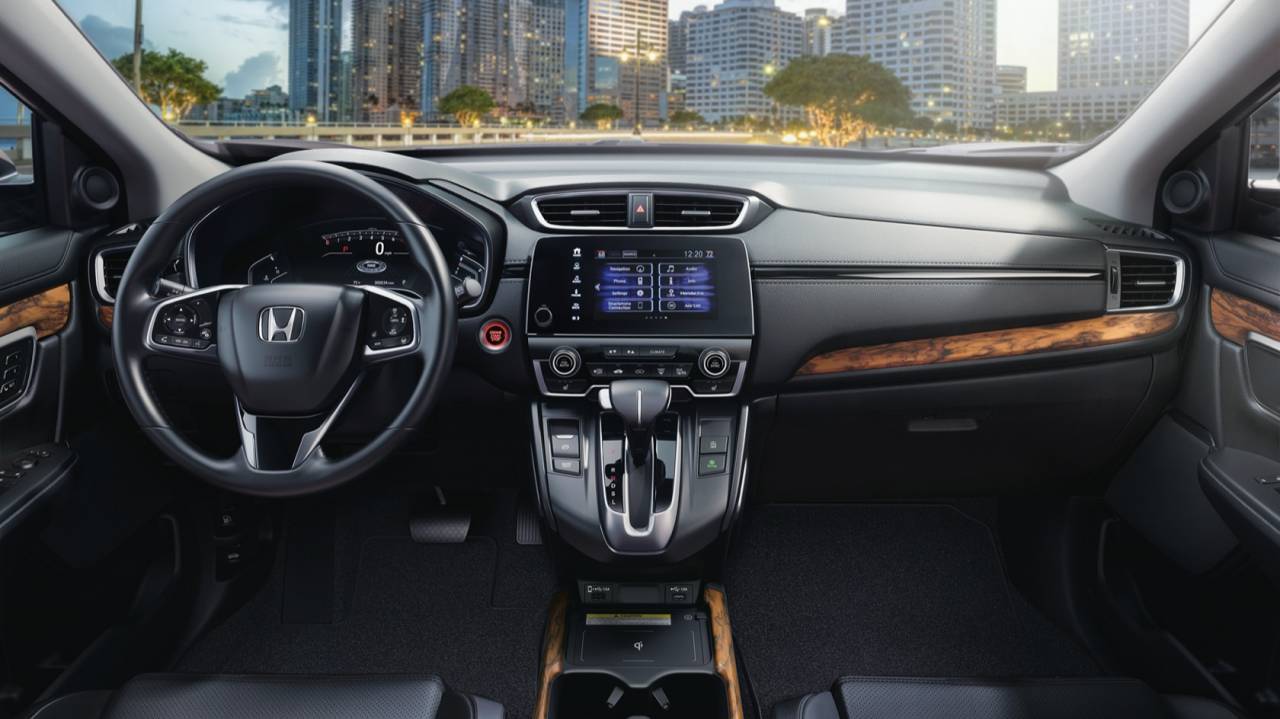 It’s a spacious cabin, and there are plenty of practical nooks and cubbies for your stuff. Big door pockets and a large bin between the front seats – separated out from the cup holders – should accommodate most things you really need on-hand, while the trunk goes from competitive with its normal 39.2 cubic feet of space, to just a plain large 75.2 cubic feet with the 60/40 split rear seats folded down. Usefully you can do that from either the cabin or the trunk.

When they’re being used for people, meanwhile, the rear seats promise no shortage of legroom: with over 40 inches to play with, the CR-V is probably the place you want to be if you’ve got long legs and didn’t call shotgun. 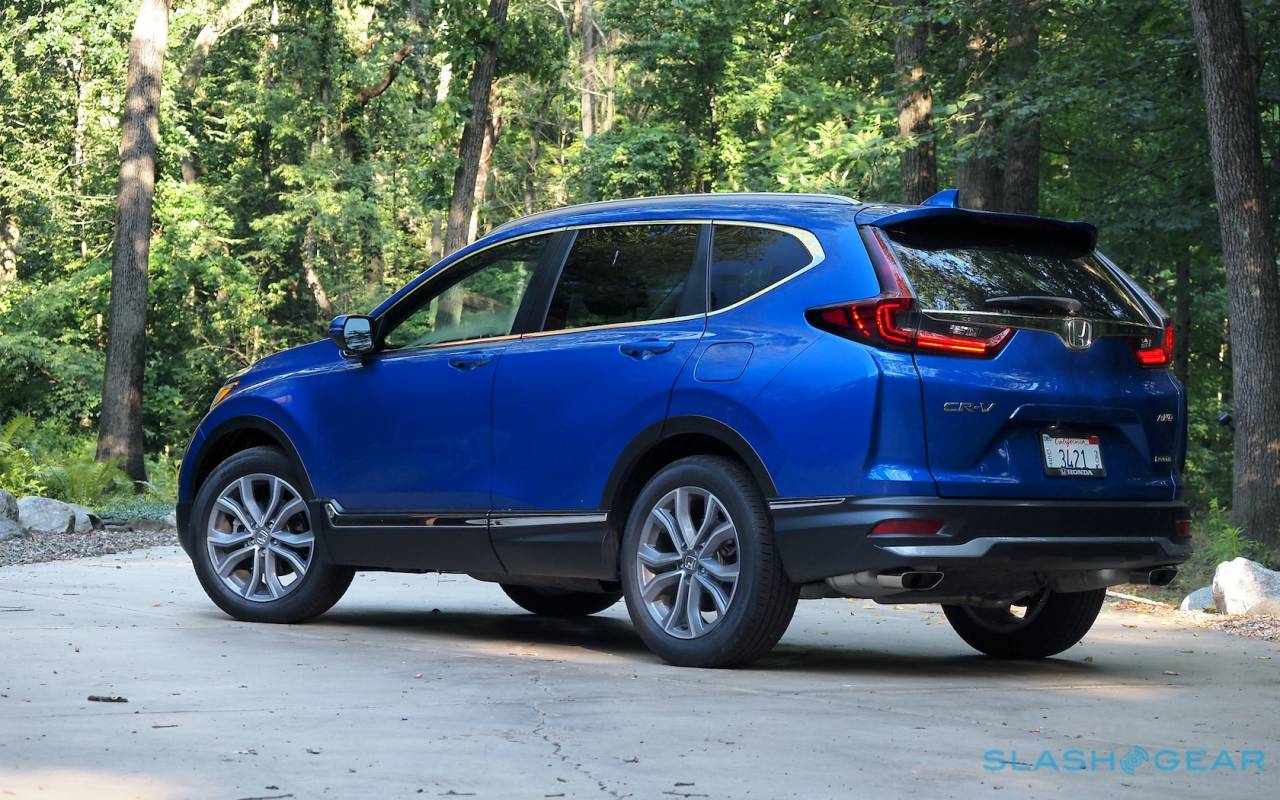 As for drivetrain, there’s only one gas option: a turbocharged 1.5-liter four-cylinder, with a continuously variable transmission (CVT). Honda uses a version of it in several of its models, but for CR-V duties it delivers 190 horsepower and 179 lb-ft of torque. That’s less than some rivals offer in their punchier trims, but the CR-V seems more tuned for, well, touring than anything more aggressive. 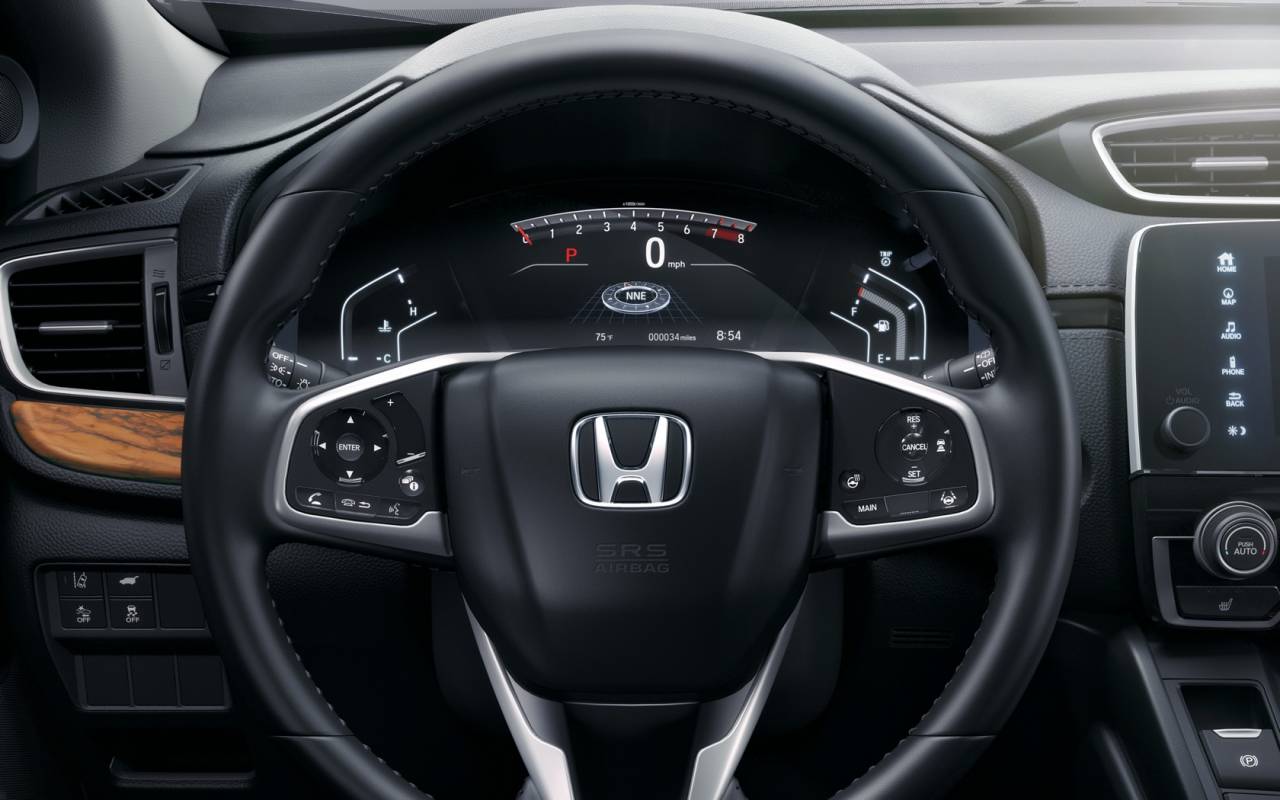 Some cars coax you into unintentionally driving faster than you meant to: look down, and you suddenly realize you’ve crept up over the limit without it registering. More often than not, though, I’d glance at the CR-V’s big, easy to read gauges and realize I was actually under the limit.

The sedate tuning pays dividends in more than just keeping your license clean. On the highway, the CR-V sweeps along nicely, the CVT smooth and refined and the ride comfortable. There’s a sport mode for the transmission but you’ll not mistake the CR-V for a Civic Type R. Honda’s suspension engineers definitely put “plush” as their priority, and there’s noticeable body roll if you take it hot in the corners. 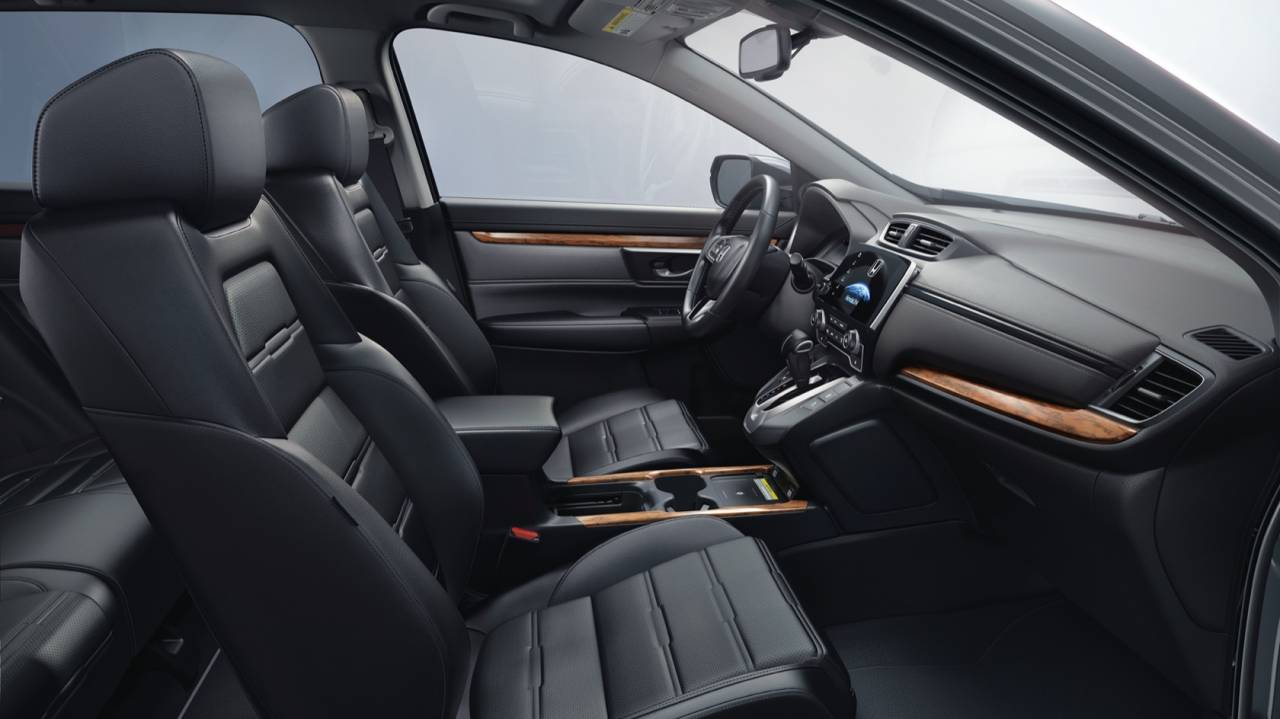 Just like you’d expect, the new CR-V gets the gamut of Honda Sensing, the automaker’s driver-assistance and safety tech suite. It’s standard across the line-up, which means every trim gets adaptive cruise control with lane-keeping assistance, auto high-beams, forward collision warnings with mitigation, road departure mitigation, and lane departure warnings. All but the entry-level LX trim have blind-spot warnings too, while the Touring trim throws in LED headlamps. It’s a comprehensive package, and Honda deserves credit for pushing what we can expect from standard safety tech in what’s intended to be a mass-market car. 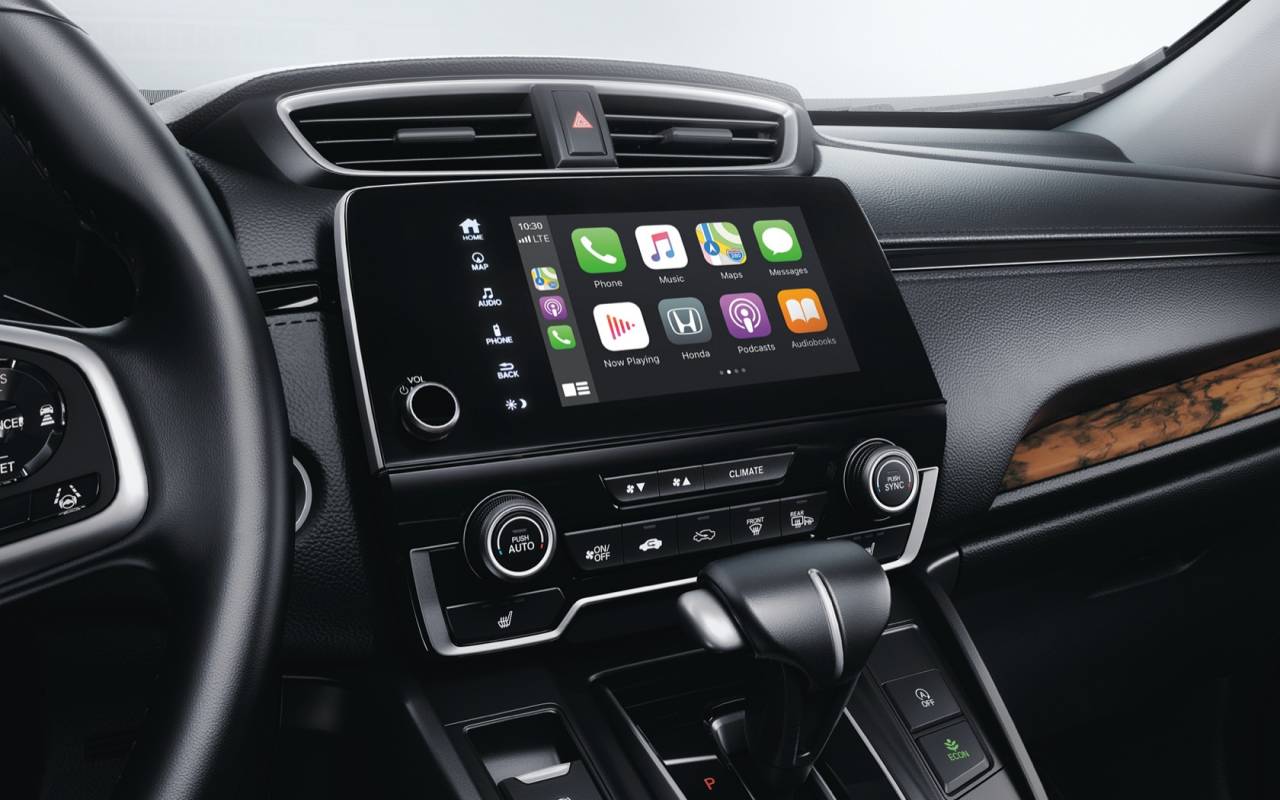 Indeed, the only real option you’ll need to pick between is front-wheel drive or all-wheel drive. The latter is a $1,500 upgrade. Regardless of whether or not you cough up, the 1,500 pound towing rating stays the same.

The FWD CR-V Touring is rated for 28 mpg in the city, 34 mpg on the highway, and 30 mph combined. The AWD drops a point on the city and combined ratings, and two points on its highway mileage. I found Honda’s numbers to be solid. 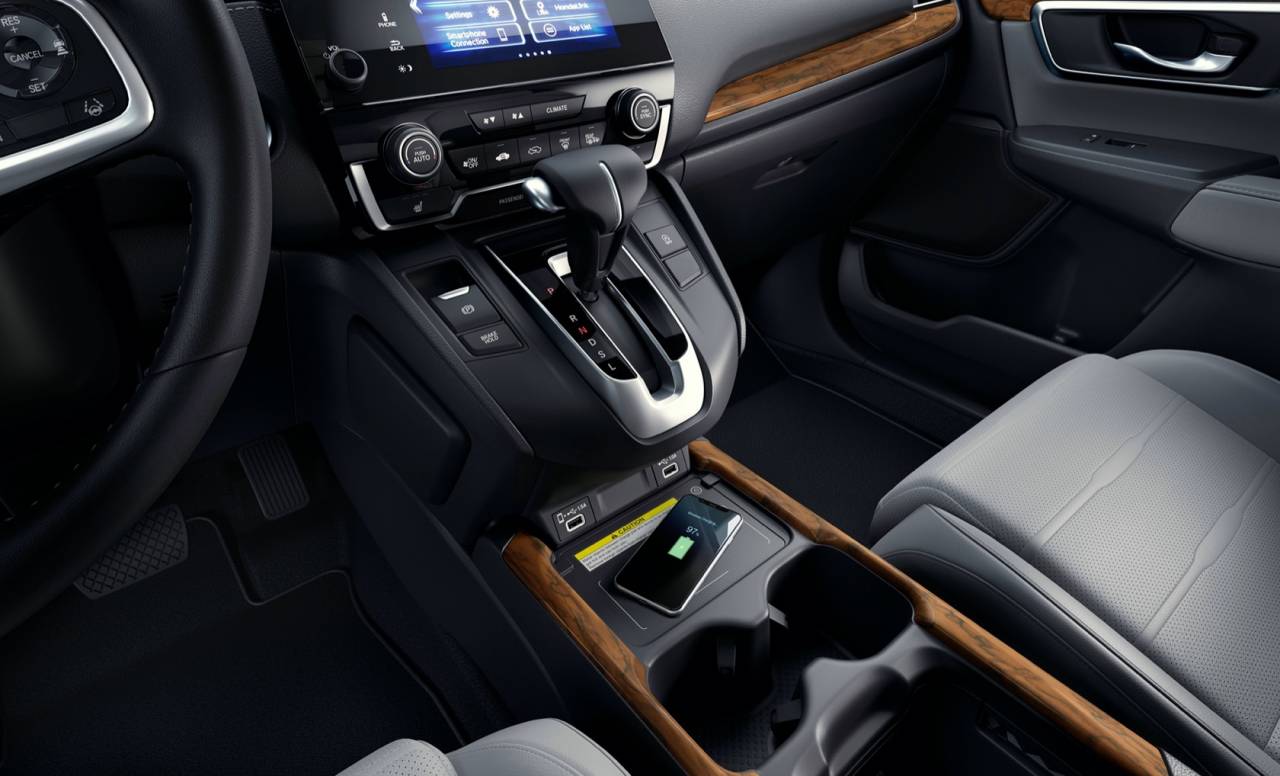 If the style and convenience of the CR-V appeals, but you fancy some electrification, there’s an option there too. The 2020 CR-V Hybrid finally adds a gas-electric option to Honda’s crossover, though you should temper your expectations. It’s not a plug-in, so with total electric range of about a mile the primary goal is boosting fuel economy. Figure on a $2,700 premium over the comparative gas-only trim, though EPA ratings of 40 mpg in the city, 35 mpg on the highway, and 38 mpg combined.

There’s a lot to be said for predictability when you’re buying a family car: being able to hit the start button and know pretty much exactly what you’re going to get, day in and day out. That’s where Honda originally hung its hat with the CR-V and, 22 years and several generations later, this newest CR-V carries the baton with aplomb. 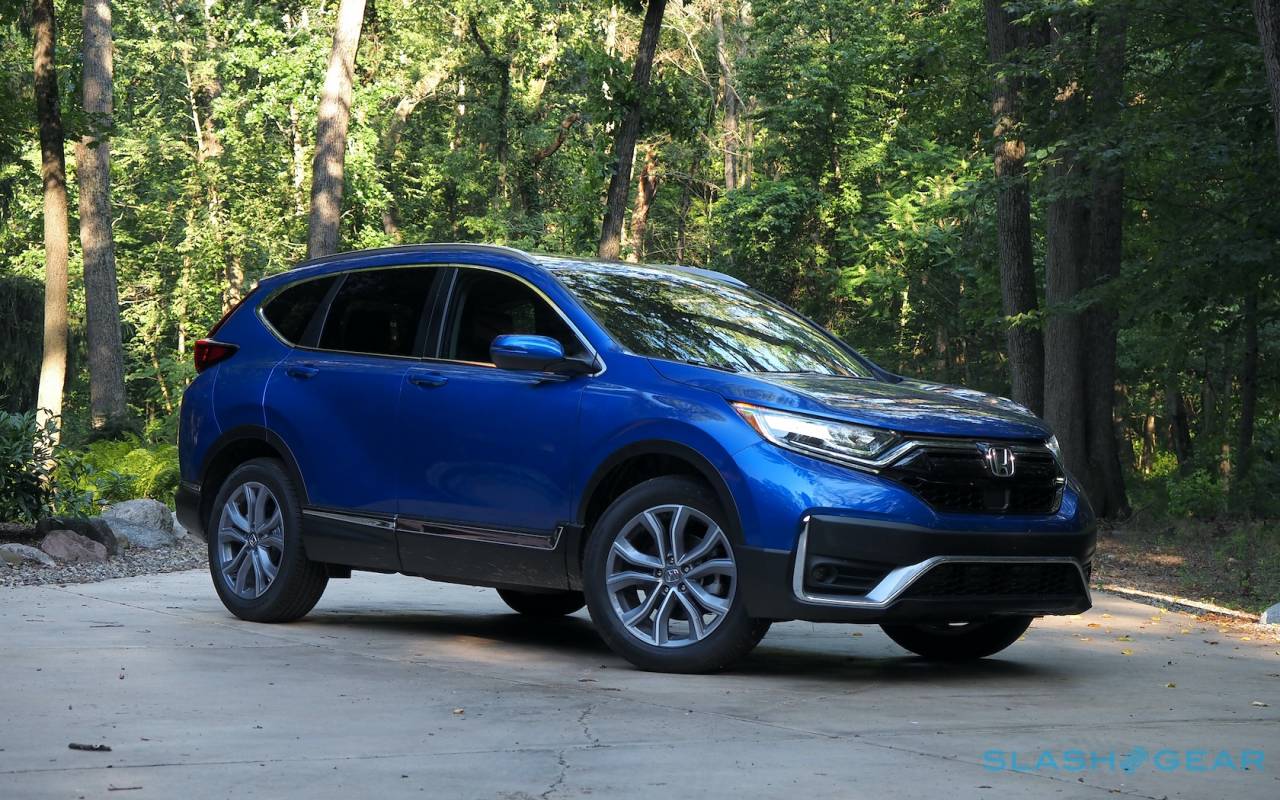 Solid performance, lashings of practicality and cabin space, and more than ample active safety tech see Honda doubling-down on everything that has made the CR-V a best-seller. It’s easy to take all that for granted, but I suspect that’s mainly down to Honda managing to make a careful balance of price and functionality look a lot more straightforward than it actually is.

Were it my money I think I’d opt for the more affordable but still well-equipped CR-V EX. Even with the extra creature comforts, though, the 2020 CR-V Touring is competitive. No surprises, no deal-breakers, no fuss: you could buy other compact crossovers, but you’d need a darn good reason to.