BMW may not be short on big SUVs, but when it comes to the gems of the line-up it’s arguably smaller, punchier models like the new 2020 BMW M2 CS Coupe that best capture that “ultimate driving machine” legacy. The latest iteration of the M2, this further-tweaked model is expected to offer 444 horsepower and 406 lb-ft of torque.

That’s 39 horsepower more than the previous BMW M2 Competition, which was hardly underpowered to begin with. The grunt comes courtesy of an uprated S55 3.0-liter inline 6-cylinder engine, which uses BMW’s twin-turbo system, and goes straight to the rear wheels. 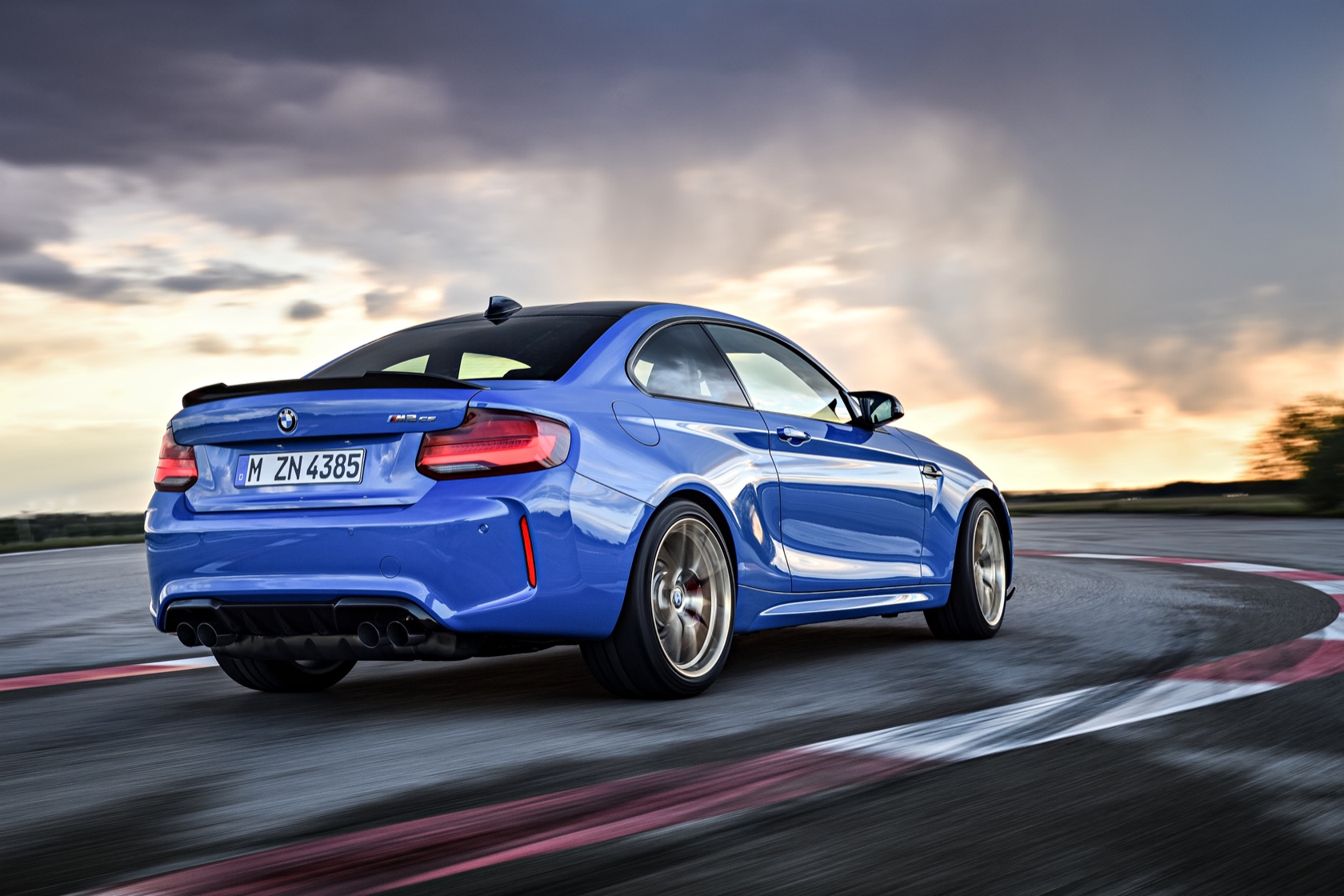 Peak horsepower arrives at 6,250 rpm, while peak torque starts from 2,350 rpm. 0-60 mph arrives in 3.8 seconds in the 7-speed dual clutch version of the car, while the standard 6-speed manual takes a little longer, at 4.0 seconds. It seems likely that the reward of rowing your own gears will be more than worth that 0.2 second difference though, as will sending the M2 CS Coupe blasting up to its 7,600 rpm redline.

More power from the tweaked engine isn’t the only change for the 2020 model year. There’s now the option of CFRP body panels and other components, replacing the roof, hood, and portions of the aero with lightweight versions that help lower the center of gravity as well as the curb weight. BMW says it’s cherry-picking some of the best strategy and tech there from the BMW Motorsport team, and in fact there’ll be a new M2 CS Racing model that’ll be offered as a turnkey entry-level option for aspiring racers. 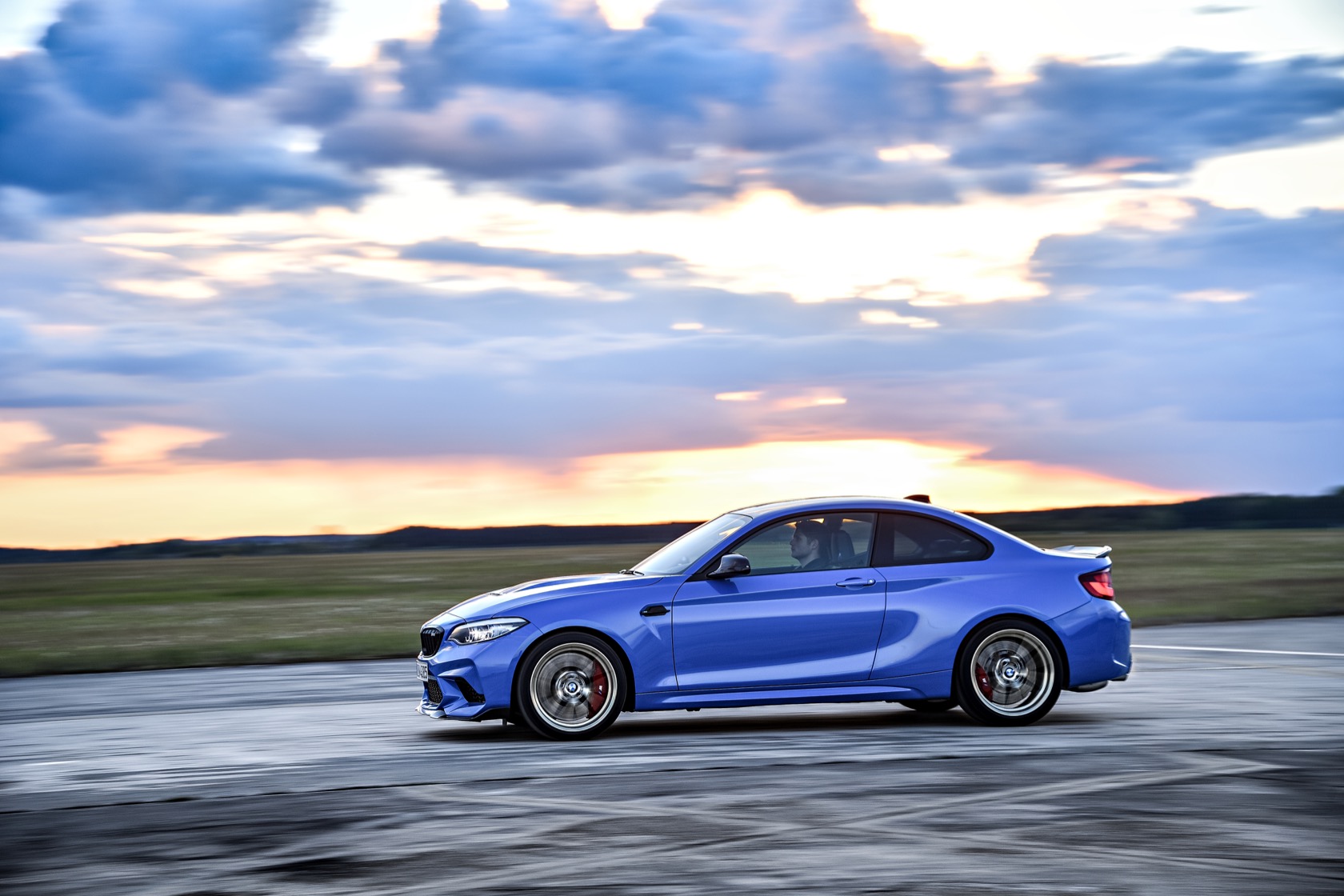 The M2 CS gets a new, dual-brand exhaust system with electronically-controlled valves and two, twin-tailpipes with engraved logos. Their sound is adjusts via the M Engine Dynamics control in the cabin.

Purists will likely take some satisfaction in the fact that BMW makes the manual transmission standard. It’s paired with rev-matching to automatically blip the throttle on downshifts, as well as lowering the engine’s speed on upshifts, for overall smoother gear changes. That, though, is turned off when DSC is deactivated. 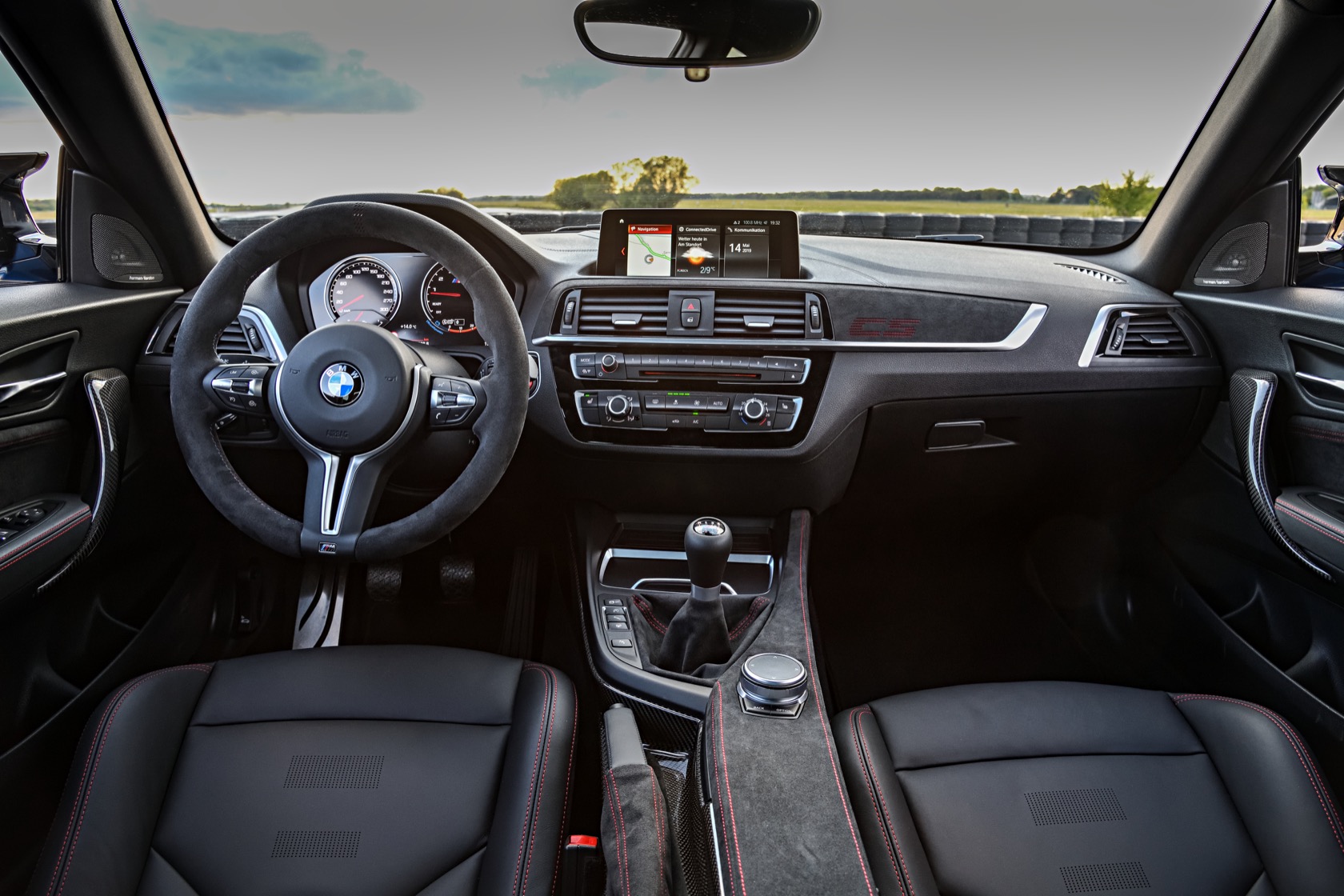 Optional is the 7-speed M Double Clutch Transmission, with paddle-shifters and an automatic mode. There’ll be three settings for the DCT: Comfort, Sport, and Sport+.

Either way, you get Dynamic Stability Control and a standard Active M Differential, the latter having an electronically-controlled multi-plate locking diff that adjusts according to factors like steering angle, accelerator and brake position, torque, and more. Full locking power can be applied in under 150 milliseconds, and it works both reactively to road conditions and proactively to avoid low-traction wheel spin when you’re pulling away hot. 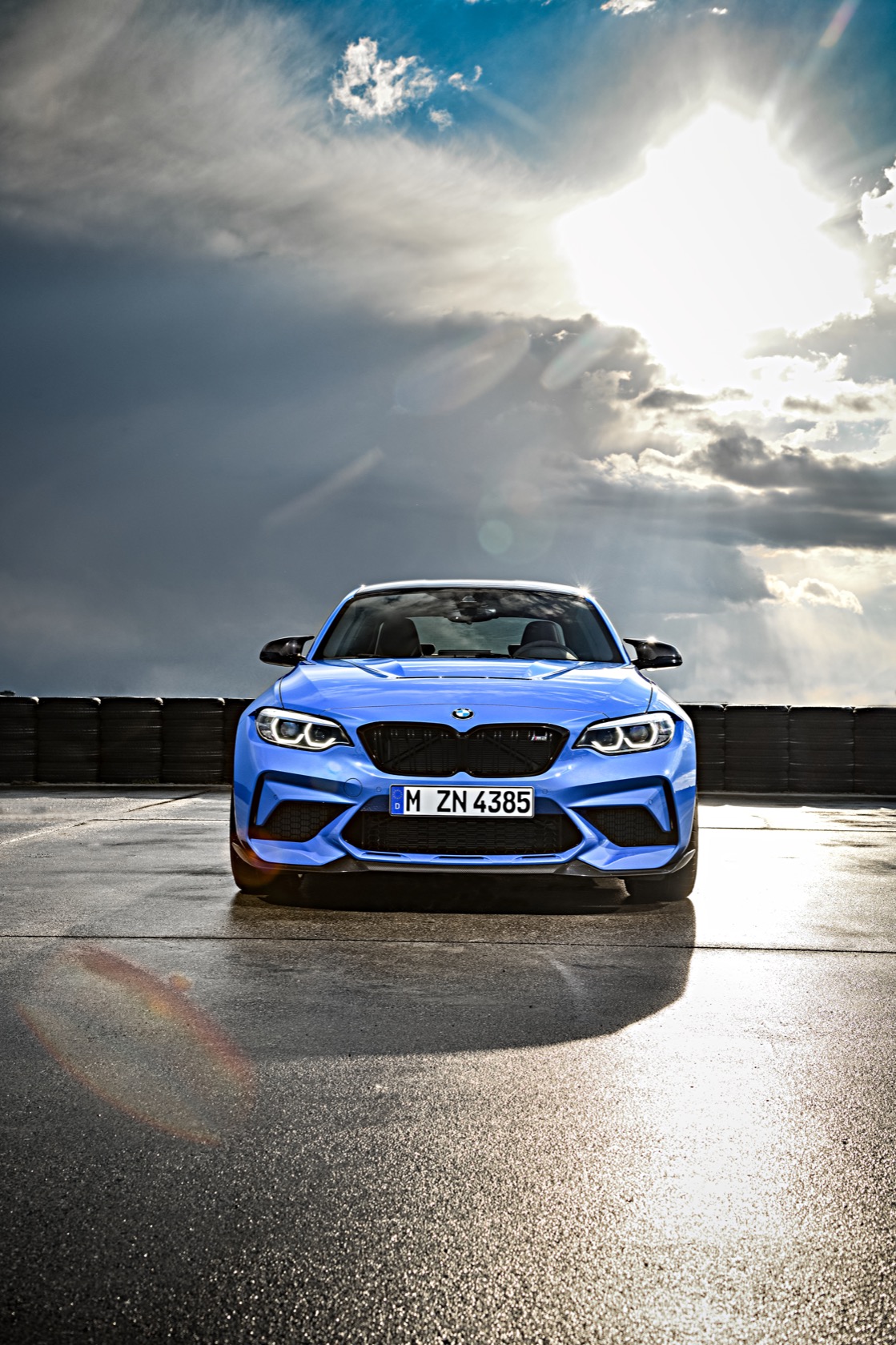 Adaptive M suspension is a new addition to the M2, and will be standard on the M2 CS. It, too, gets Comfort, Sport, and Sport+ modes. The brakes, meanwhile, use 400 mm front vented disks and 380 mm rear vented discs, paired with six-piston and four-piston calipers respectively. An M Carbon Ceramic Brake option is available on the M2 CS for the first time on an M2 series car. Either way, 19-inch Forged Y-Spoke Style 763M wheels are standard, in a high-gloss black finish; matte gold can be had as an option. 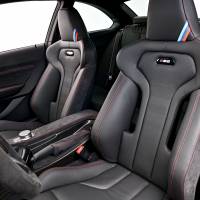 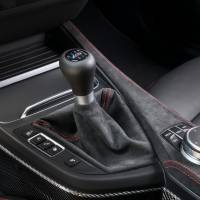 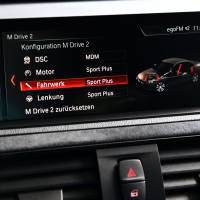 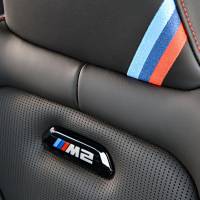 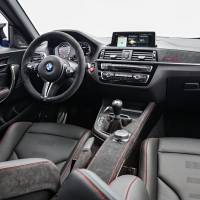 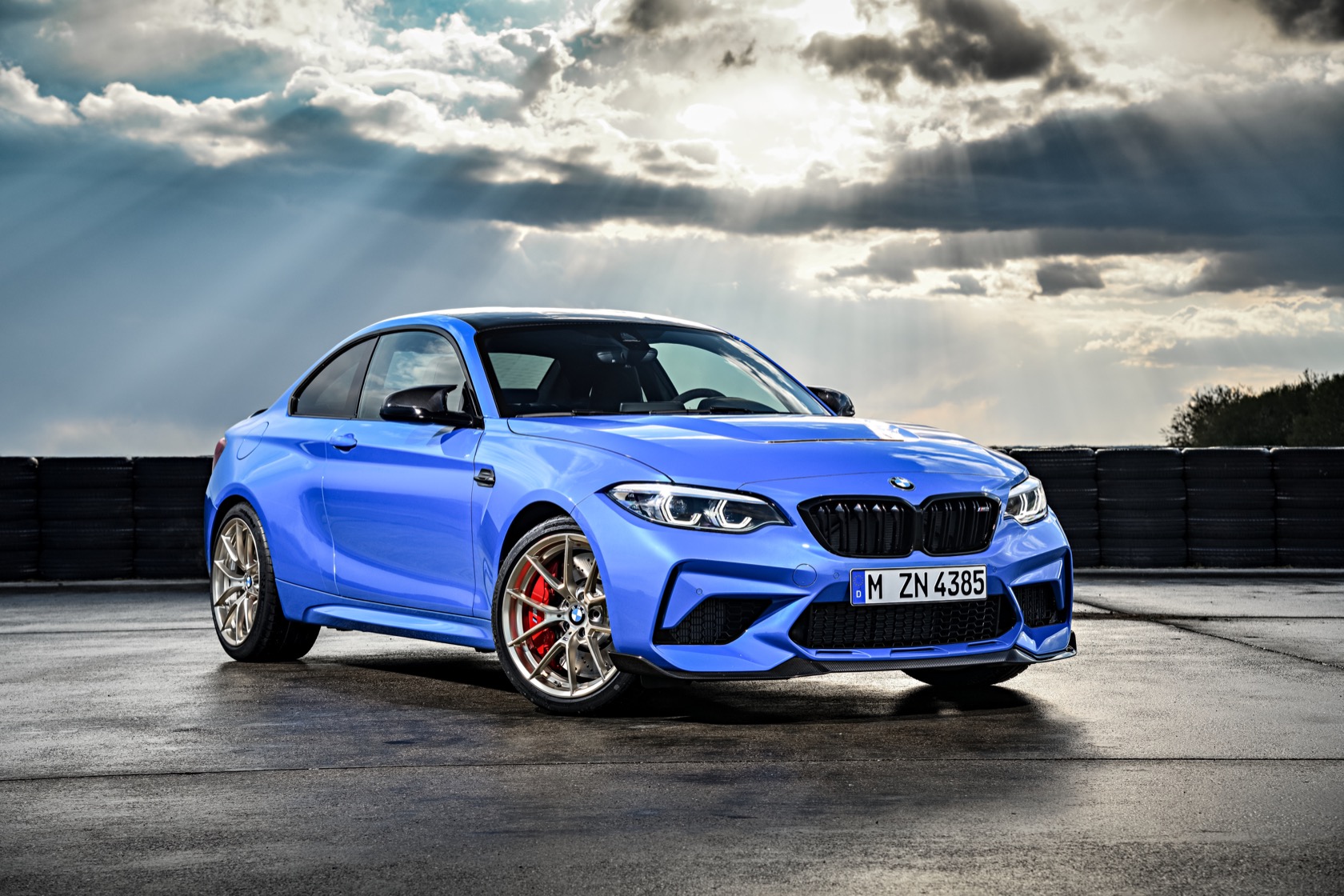 If there’s a downside, it’s that there’ll be a vanishingly small number of people who get to enjoy the new car. BMW says that only 2,200 will be produced, for 2020 alone, and to be shared by its various markets. It’s undecided as to just how many of them will make it to the US, too. Pricing and availability will be decided closer to the 2020 M2 CS Coupe’s release in March of next year.