Beastly SUVs are in fashion right now. It’s not hard to see why: SUV sales in general are buoyant and there are power-hungry drivers willing to open their wallets extra-wide for a family hauler that, to be blunt, hauls ass, too. The 2020 Audi SQ7 is not the first to pair performance and usability, then, and nor is it the most powerful. 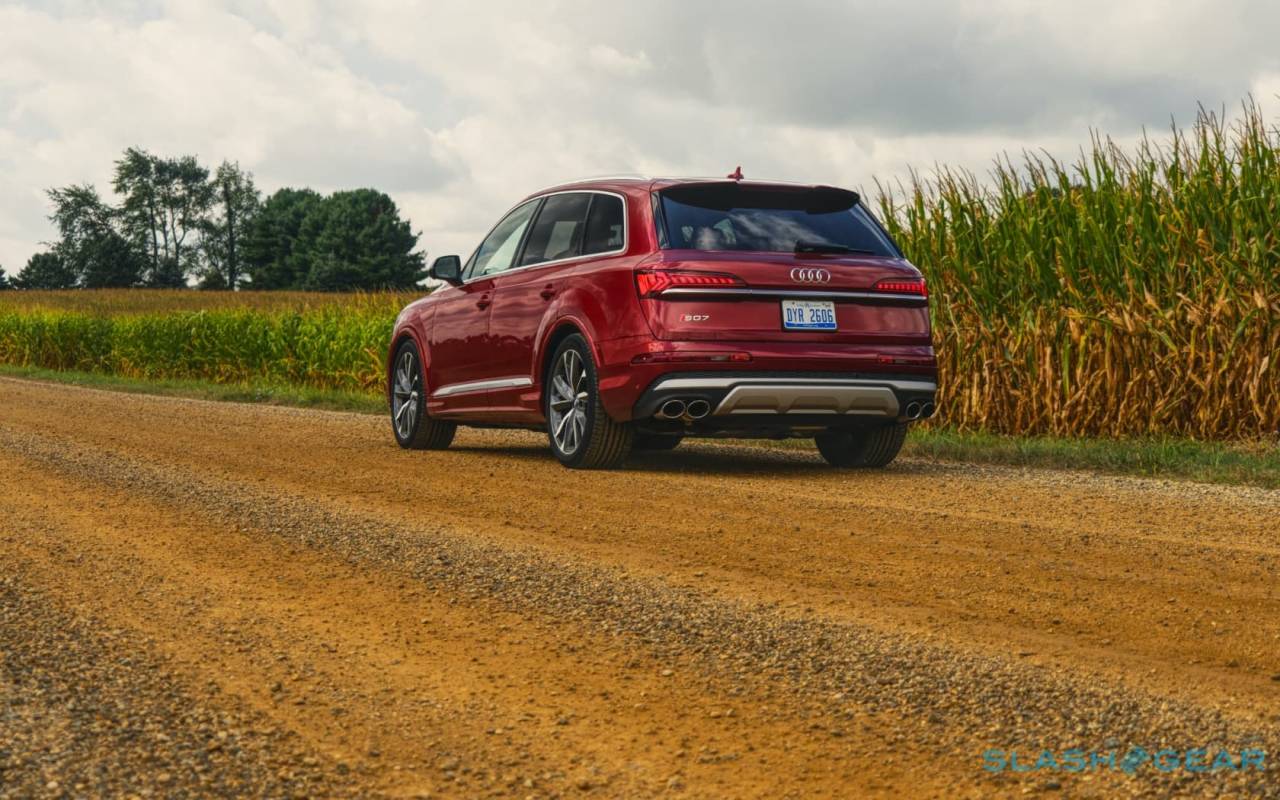 If you don’t have six figures to spend, and also need seven seats? There, then, the 2020 Audi SQ7 weighs in, starting at a more attainable $84,800 (plus $995 destination). Its 4.0-liter TFSI twin-turbocharged V8 delivers 500 horsepower and 568 lb-ft of torque – less, true, than you’d find in some Super SUVs, but still hardly shameful.

0-60 mph arrives in 4.3 seconds, and it’ll go rocketing on to an electronically-limited 155 mph. However it’ll still tow up to 7,700 pounds if you need to, and you still get the room for seven, the five LATCH points, and the potential of 70+ cubic feet of cargo space. The Q7 has a reputation for stolid practicality, and the SQ7 doesn’t sacrifice that. 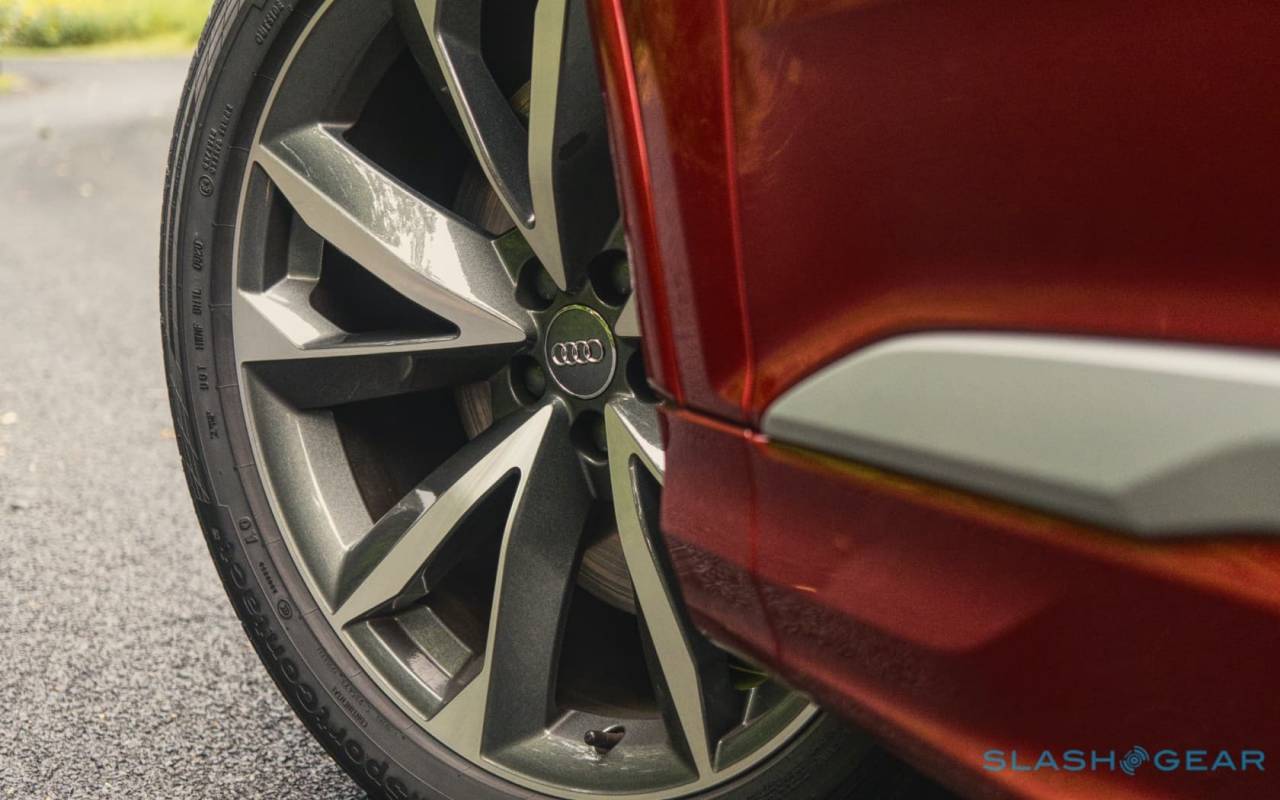 Indeed, you could argue it’s even more practical. Set it to Comfort mode, or Auto, and not only does the standard-fit S-tuned adaptive air suspension deliver a smooth’n’dreamy ride fit for snoozing children, but the standard all-wheel steering makes for a more nimble SUV in the parking lot. The rear wheels can pivot up to 5-degrees, turning counter to those at the front at low speeds to shorten the turning circle, or in tandem with them for more stable high-speed maneuvers like highway lane changes.

Quattro all-wheel drive is standard too, of course, a mechanical system with a 40:60 front to rear torque split by default. The SQ7 adjusts that according to the driving conditions, as you’d expect, as well as if you’ve notched the SUV into Dynamic mode. The stability control can tap into the rear wheel steering, too, helping correct if you inadvertently go into a skid. 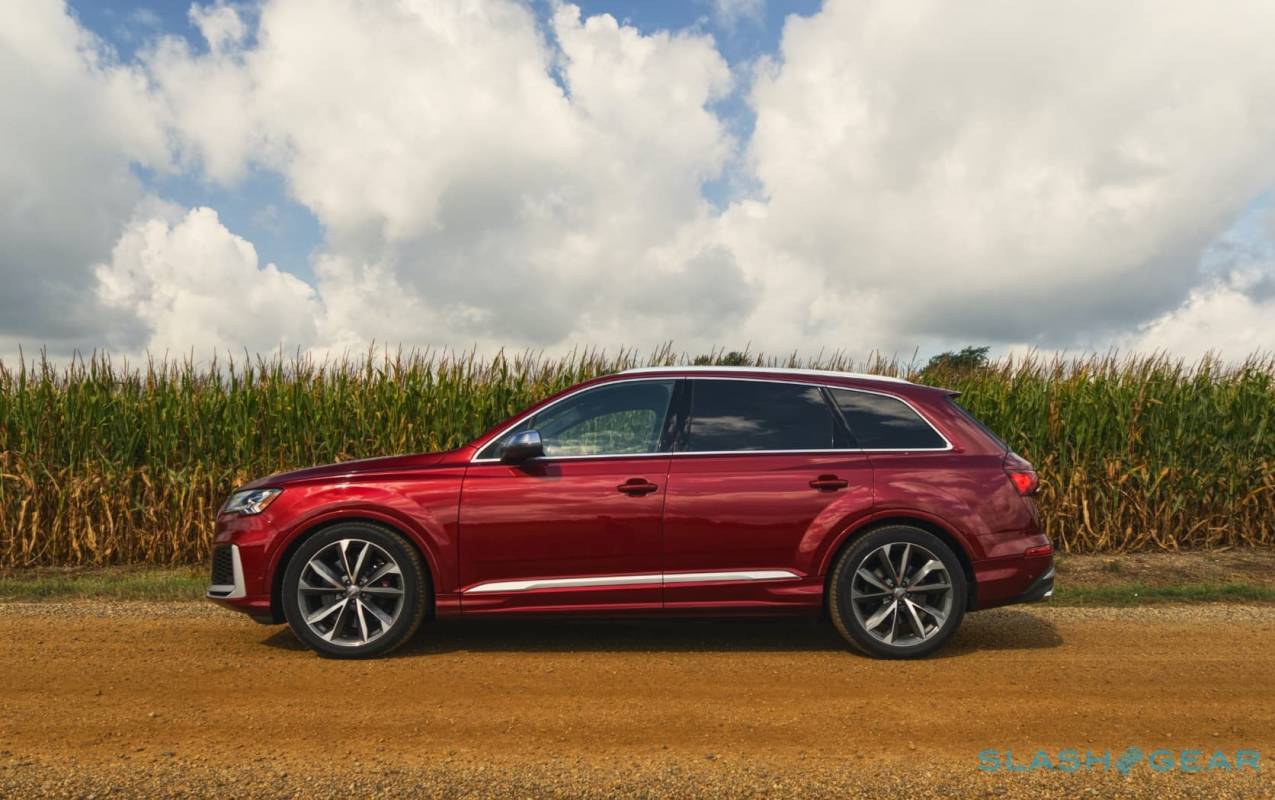 Generally, the whole Q7 experience has been made tauter and crisper. The steering response has been improved, leaving it reacting better to small changes in wheel angle, while the mounts have been stiffened by around 30-percent. Summer tires are standard, specially developed for the SQ7, with all-season rubber optional.

If you want to narrow the gap between SQ7 and RS Q8, Audi does have a Sport package. $5,900 gets you active roll stabilization and a Quattro sport rear differential, together roughly halving body-roll and allowing the SUV to nudge up to 10-percent more power to the outside rear wheel in a turn. It’s all controlled by the same system that handles the differential, front brake vectoring, dampers, and other systems: that way, the SQ7 is smart enough to prioritize the sport rear diff for torque vectoring, rather than the regular brake system, for example. 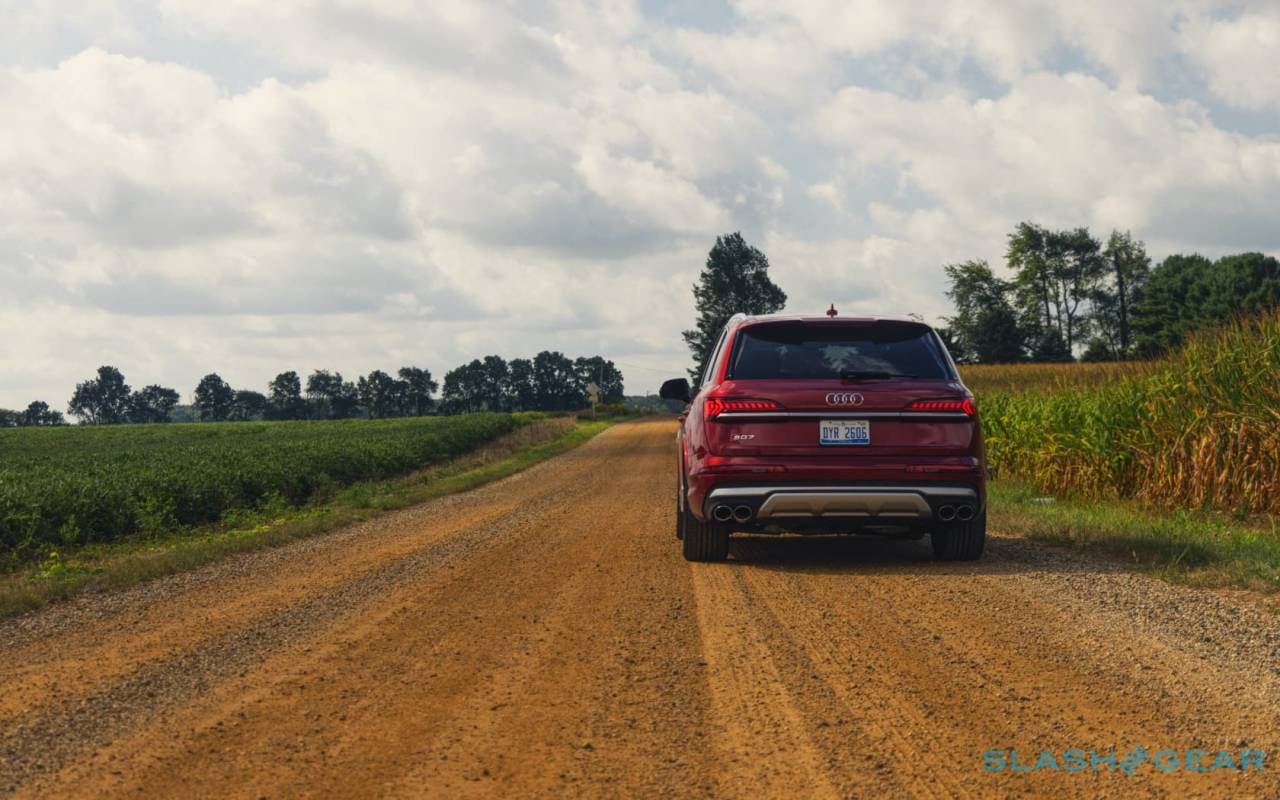 Audi expects about a third of SQ7 buyers to opt for the Sport package, and honestly I expected to be driving it too. 2020 did not oblige, however, and so the Matador Red metallic SUV that arrived was missing the fancier features. 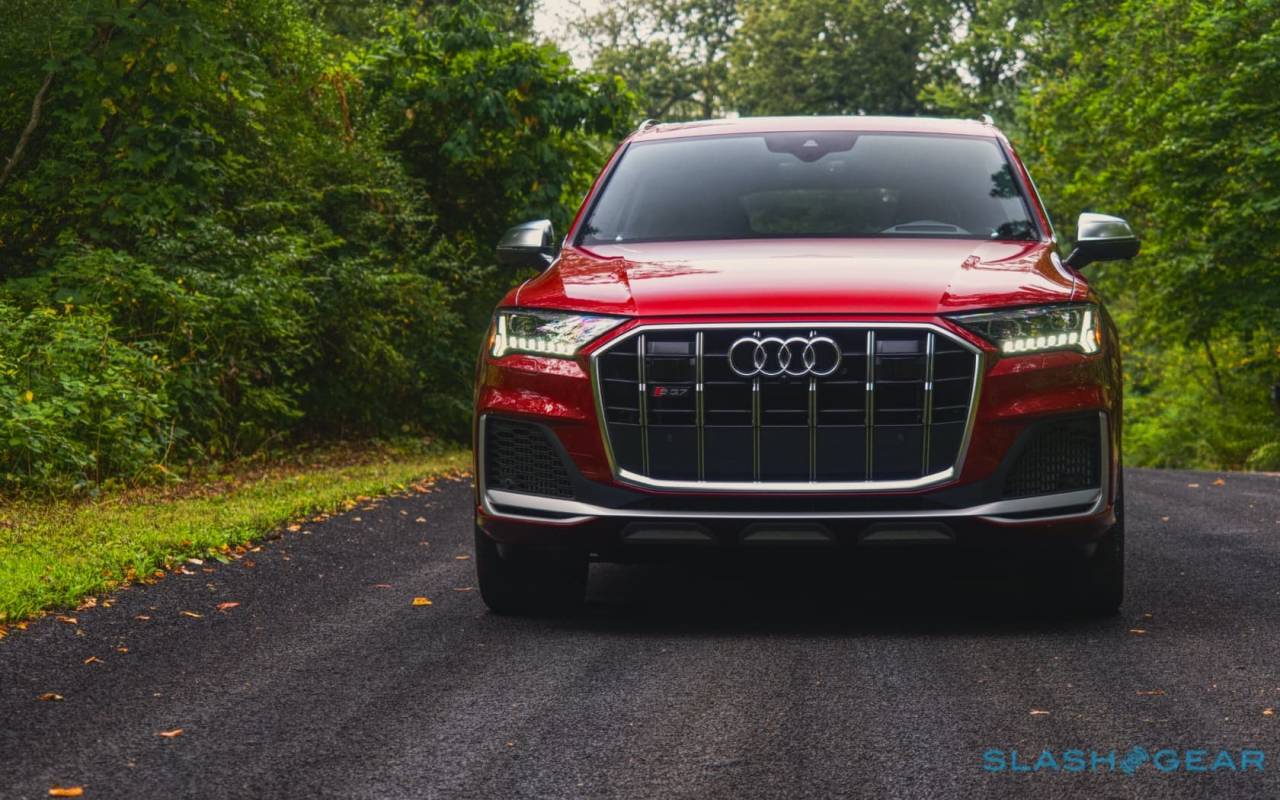 It all looks sharper than a regular Q7, but still – dare I say it – a little sober compared to some of the performance SUVs we’ve seen lately. Subtlety has always been part of the Audi DNA, but I can’t help but wonder if the designers could’ve let their hair down some more. It’s the same inside, too: nobody is going to question Audi’s cabin refinement, and the S sport front seats are nicely bolstered and supportive, but even the $750 Carbon Vector inlays don’t elevate it too far above a standard Q7. 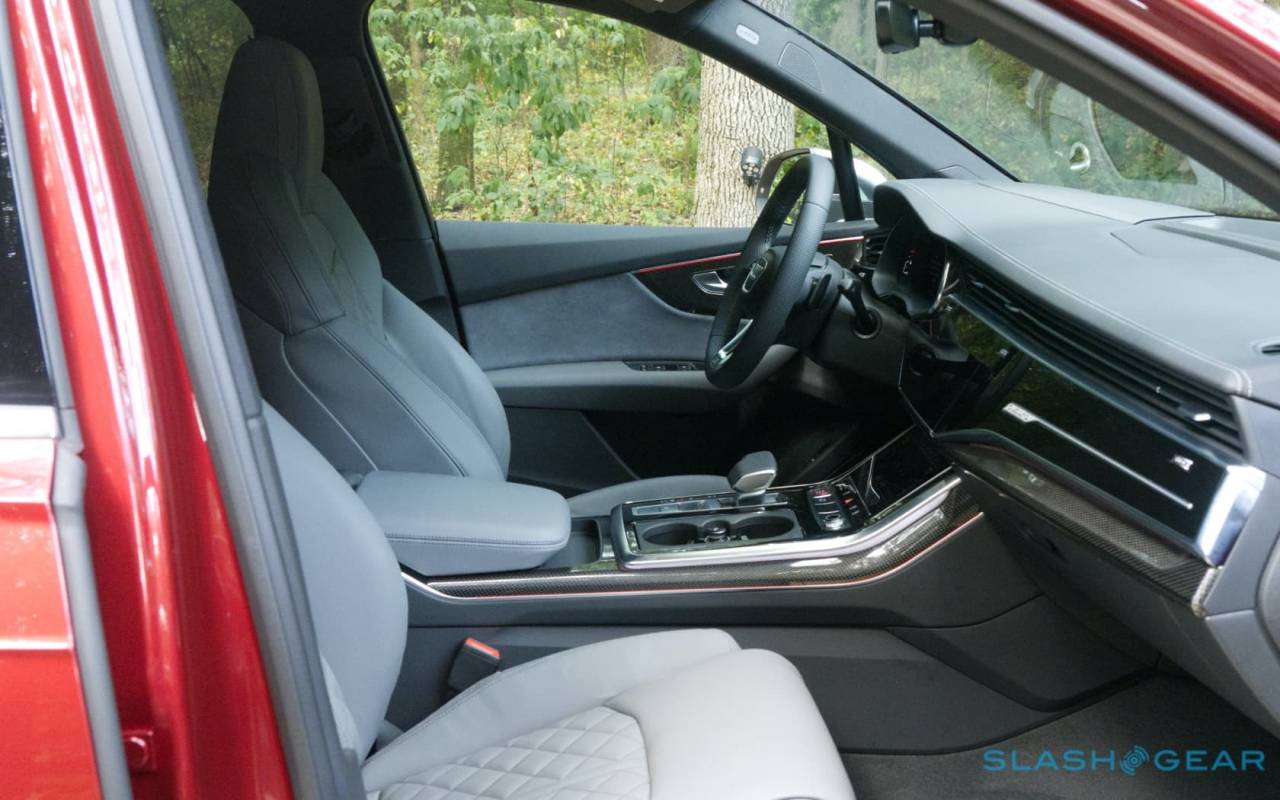 Partly that’s because Audi was already starting from a strong place with the regular car. The twin touchscreen infotainment system is swift and easy to use; the standard virtual cockpit offers the flexibility of different layouts. There are just enough dedicated buttons and knobs to make everyday things like volume adjustment straightforward, while standard wireless Apple CarPlay and wired Android Auto coexist neatly with Audi’s own interface.

Solid, then, but perhaps it could feel a little more… special? Were I spending the near-$100k this review car demands, I’d be frustrated to find plastic paddle-shifters behind the otherwise meaty, tactile wheel, for instance. A head-up display only comes standard on the $90,400 SQ7 Prestige, as do power soft-closing doors. Budget $5,000 for the Bang & Olufsen 3D Surround Sound system, too. 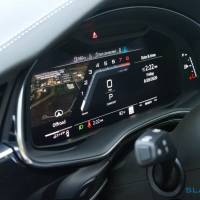 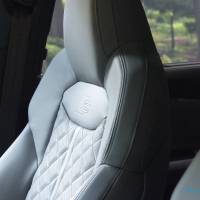 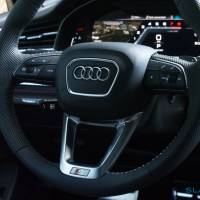 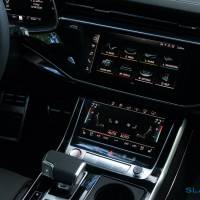 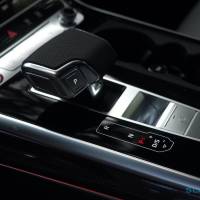 From behind the wheel, though, the SQ7’s charms are insidious. I may not have had the Sport package, but in Dynamic mode the quartet of tailpipes sounded fruity nonetheless. Cornering, even without the sport rear differential there to do its power-nudging magic, belies the size and near-5,300 pound curb weight. 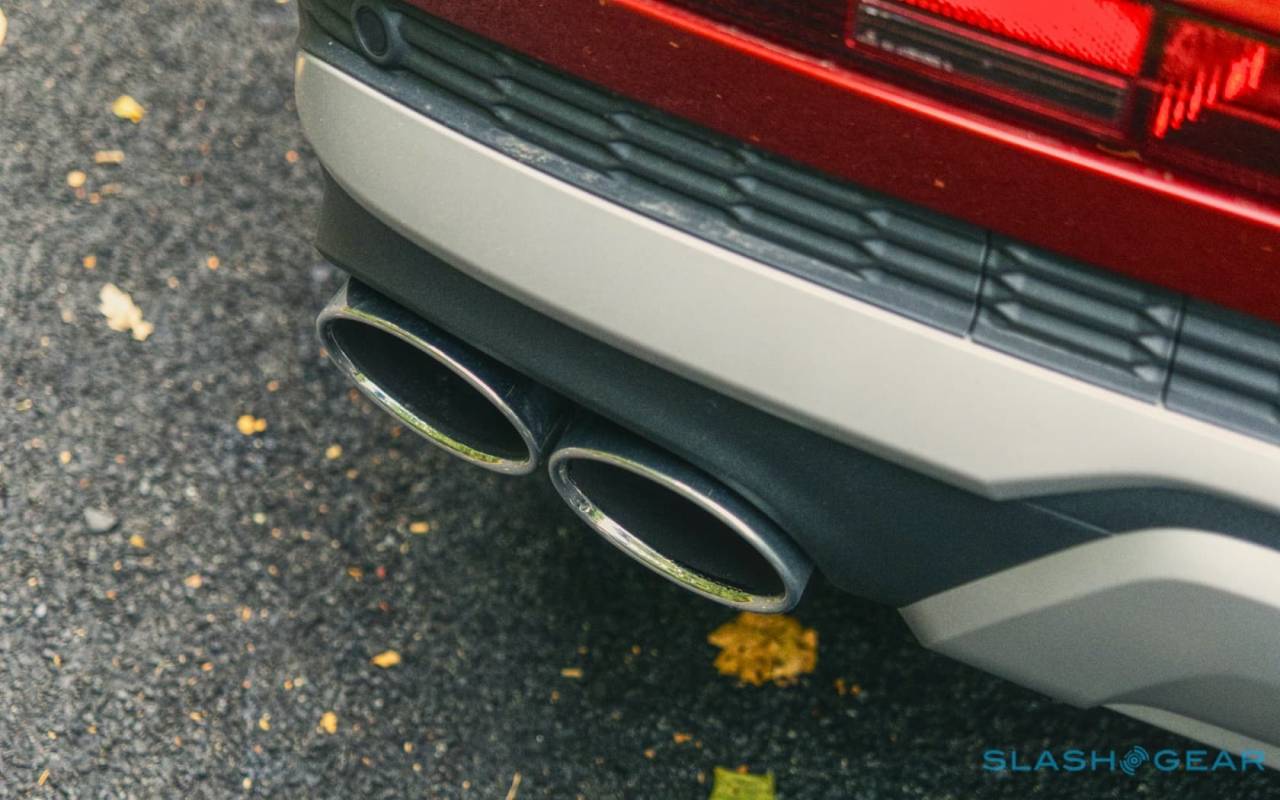 You can credit the all-wheel steering for that, knocking virtual inches off the wheelbase and leaving the three-row SUV feeling much more akin to a Q5 in size. The other six people onboard might not appreciate it, but you can definitely feel the improvements in body control if you hit the corners hot. Combined with the S-tuned air suspension it turns what would ordinarily feel like a big, tall vehicle into one that’s much more rewarding from behind the wheel.

I strongly suspect the Sport package will only improve on that, and without detracting from the potential for a much more cosseting experience when in Comfort mode. Similarly, the 15 mpg city rating, 21 mpg highway, and 17 mpg combined numbers aren’t out of line for a vehicle in this class, even if you need to demonstrate some restraint in order to get close to them. The temptation to sink your foot whenever you find a straight piece of road, the SQ7’s rear hunkering down as all 500 horses hurtle you forward – the smooth eight-speed auto ripping through the gears – is a silly pleasure that doesn’t really get old. 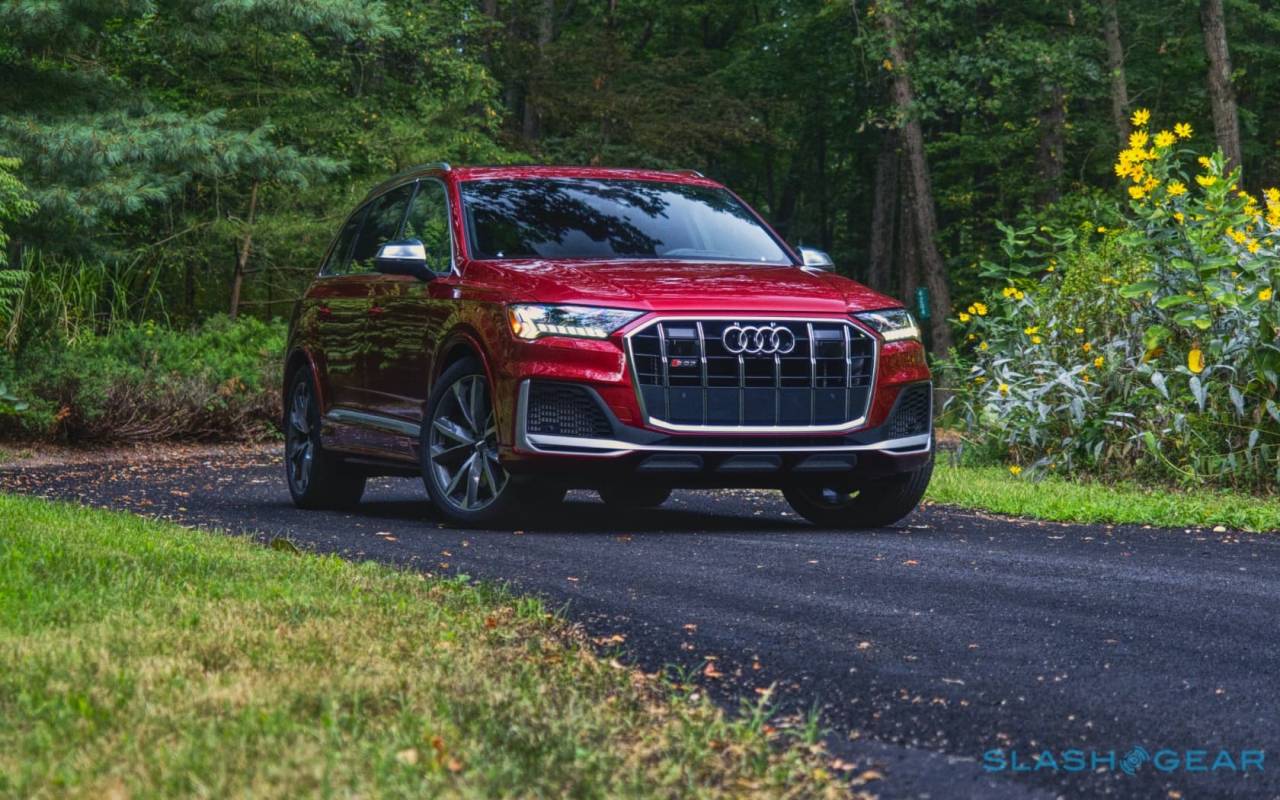 There’s a sense among some of the options in the performance SUV space that it’s all a little cynical: drivers like SUVs, and they like power, and some of them have very deep pockets, and so they’re willing to pay for headline figures even if most of the time and on most roads they don’t actually take advantage of them. What stands out about the 2020 SQ7, meanwhile, is that its core improvements of body-control and sharper cornering aren’t just handy for more urgent driving, but handy, period. Audi’s vision of a performance SUV doesn’t really shout about itself: its focused enhancements do all the talking necessary.