Could the 2019 Toyota RAV4 be the most important car of the New York International Auto Show this year? A heavy responsibility resting on the shoulders of Toyota’s best-selling small SUV, but something that the car – now in its fifth generation – is probably up to handling. It’s the most in-demand model in the automaker’s line-up, after all.

For the 2019 model year, Toyota switches to the TNGA K platform, which comes with a number of benefits. For a start it gives the small SUV a bigger-than-the-sheet-metal appearance, with a longer wheelbase and wider front and rear tracks. However, at just shy of 181-inches long overall, it’s actually a little shorter than the outgoing 2018 RAV4. It’s also slightly wider, and slightly lower. 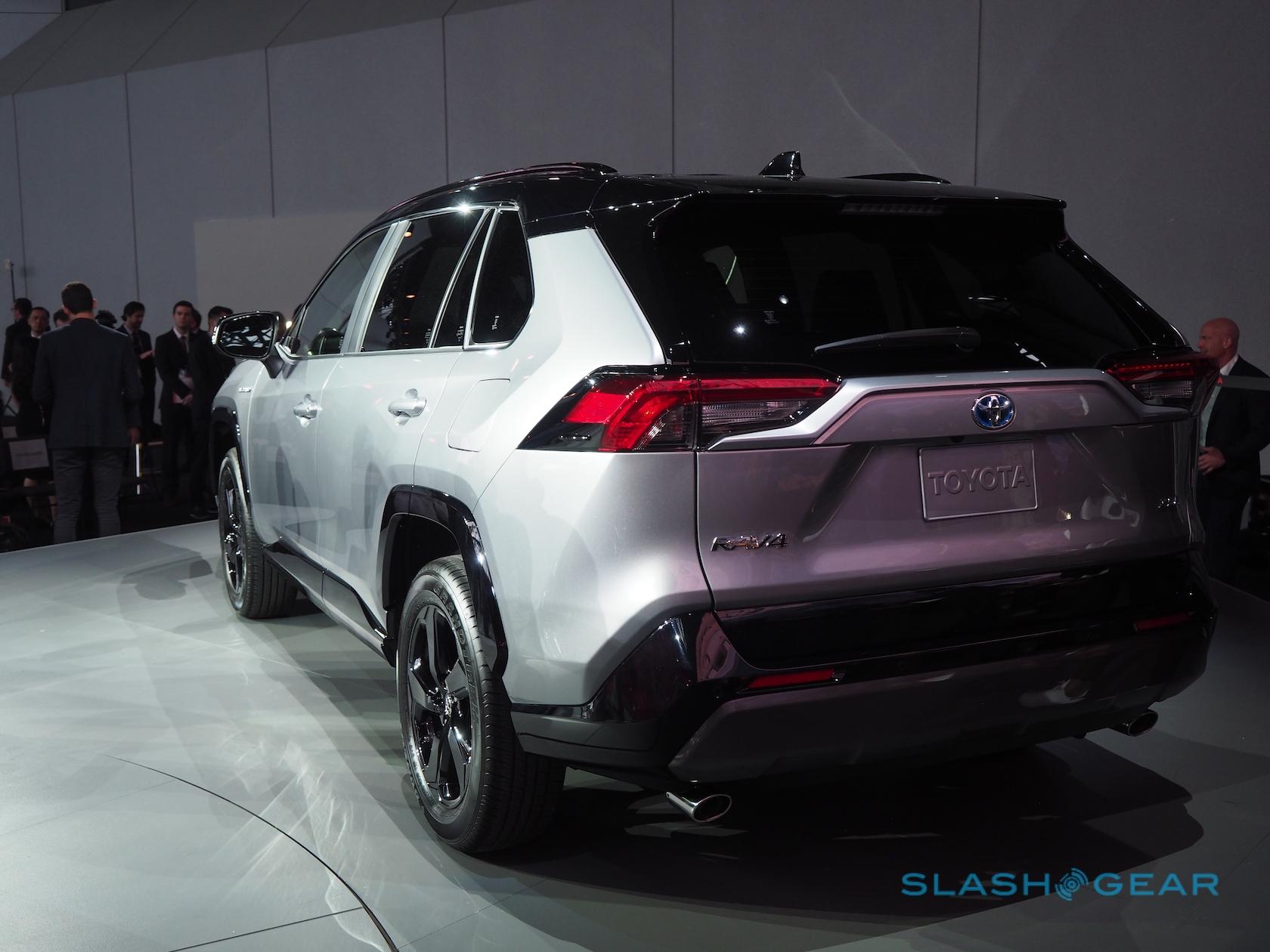 Shorter front and rear overhangs add up to better performance off-road, and there’s over half an inch more ground clearance, should the RAV4 ever make it there. Road and mud use should benefit from the 57-percent increase in chassis rigidity, though, and new multi-link rear suspension. Forward visibility has been improved by lowering the side mirrors on the doors; the belt line has been lowered as well, along with bigger rear-quarter glass windows.

Toyota will have a number of configurations of the new SUV. There’s the 2019 RAV4 Adventure, which has standard high-rise roof rails and beefier over-fenders, together with a more aggressive grille, fog lamp surrounds, and new wheels. Like all AWD gas RAV4 models, it has Multi-Terrain Select with settings for snow, mud, sand, and rocks. Toyota is offering a contrast roof option, too, and optional orange interior trim. 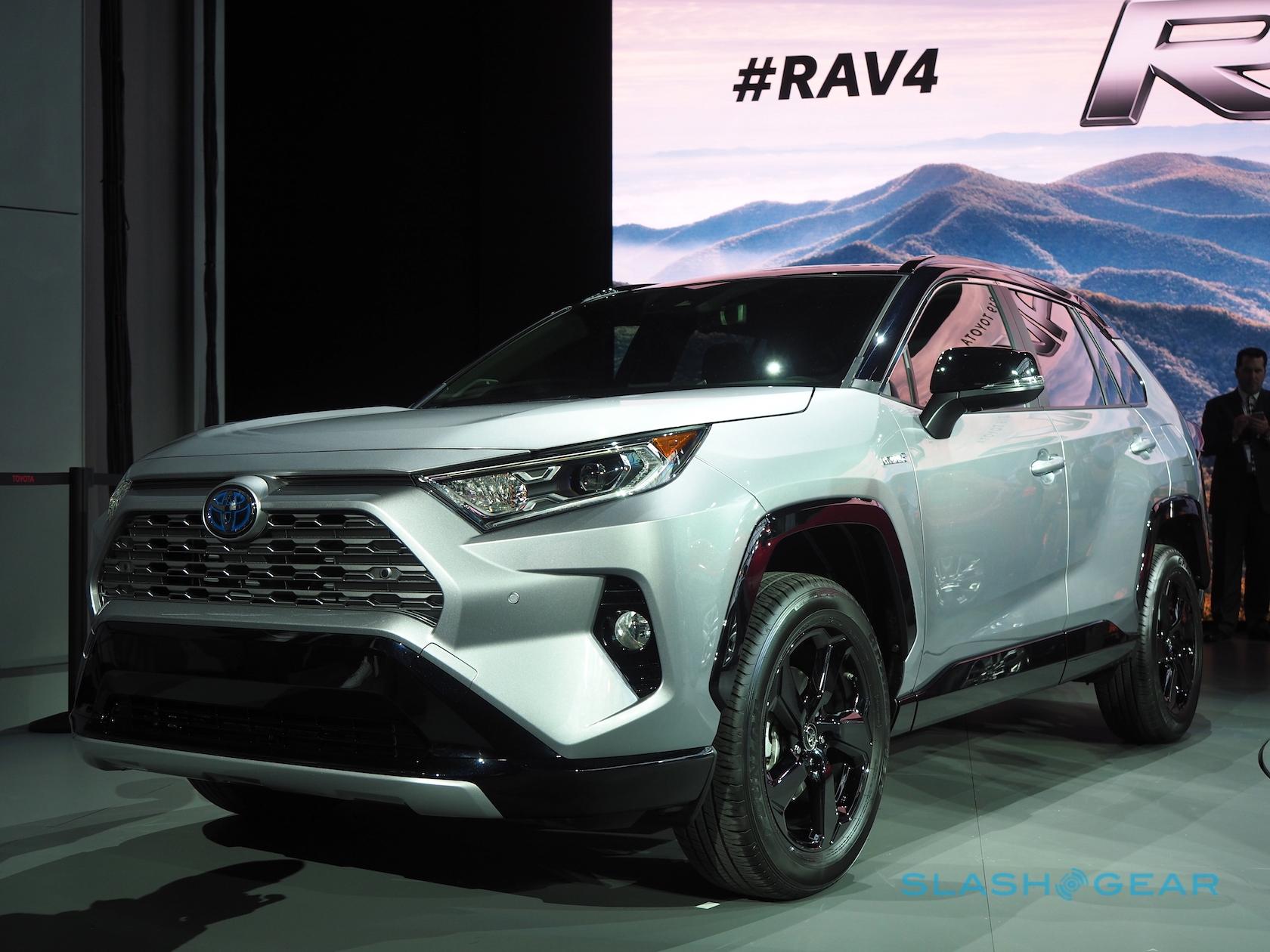 The 2019 RAV4 Limited, meanwhile, gets 19-inch alloy wheels and chrome accents on the exterior to give it a more upscale look. It gets a digital rearview mirror inside, along with a 7-inch Multi-Information Display, moonroof, and power-adjusted driver’s seat. Ventilated and heated seats are options, as is a panoramic moonroof and a hands-free power liftgate.

The 2019 RAV4 XSE Hybrid, finally, gets a two-tone exterior with a contrast roof. Inside, there’s Softex fabric seats with blue highlights. Every RAV4 gets Toyota’s latest Entune 3.0 infotainment system, with Apple CarPlay, Amazon Alexa integration, and 4G LTE WiFi hotspot support on Verizon’s network. As standard it has a 7-inch touchscreen; an 8-inch touchscreen is an option on Entune 3.0 Audio Plus. 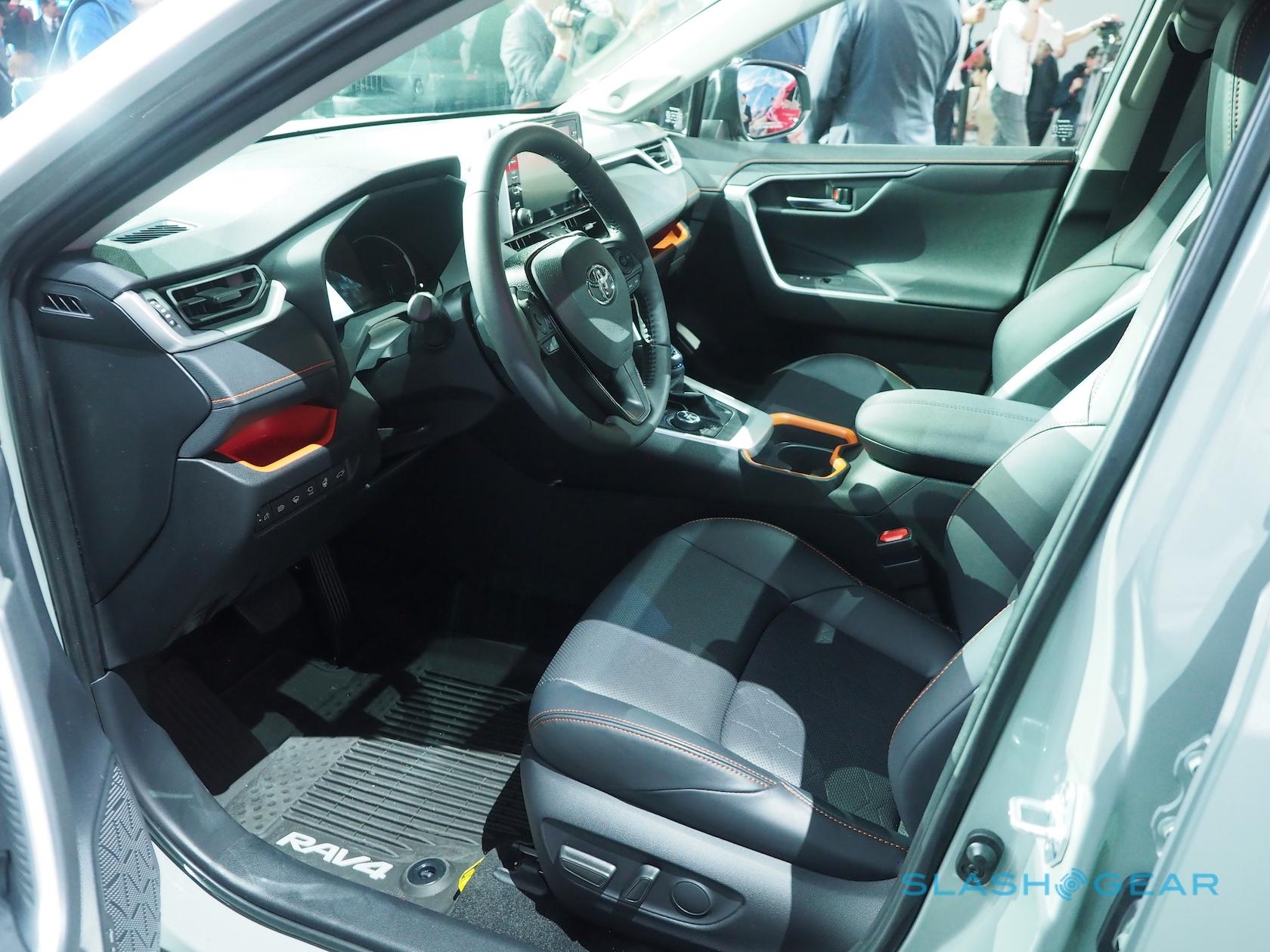 Toyota’s new Dynamic Torque Vectoring All-Wheel Drive with Rear Driveline Disconnect is standard on the AWD-spec’d Limited gas and Adventure grade 2019 RAV4 models. That can push up to half off the engine torque to the rear wheels, as well as shift it left or right depending on traction needs. When AWD isn’t required, the RAV4 can disconnect the rear driveshaft altogether, making for more economical driving along with a quieter and smoother ride. 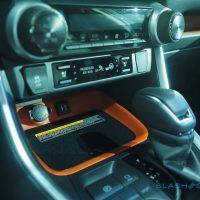 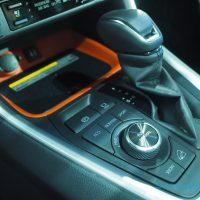 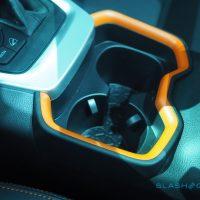 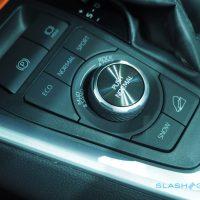 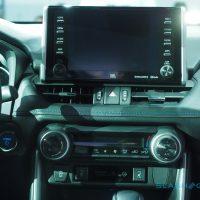 Somewhat confusingly, though, it’s not the only AWD system Toyota is offering on the new SUV. There’s also AWD-i on the 2019 RAV4 Hybrid, which uses electric motors on the rear wheels. Compared to the current car, the 2019 model can push 30-percent more torque to the back when needed. Finally, there’s the regular AWD system – which lacks Dynamic Torque Vectoring – which will be on the entry-spec gas models.

In the cabin, there’s more new tech than just CarPlay. Up to five USB ports have been included, spread between the front and rear of the car, and there’s an optional Qi wireless charging tray. An 800 watt JBL audio system is available, with eleven speakers and Clari-Fi tuning technology. Opt for the Entune upgrade and you get navigation, too. 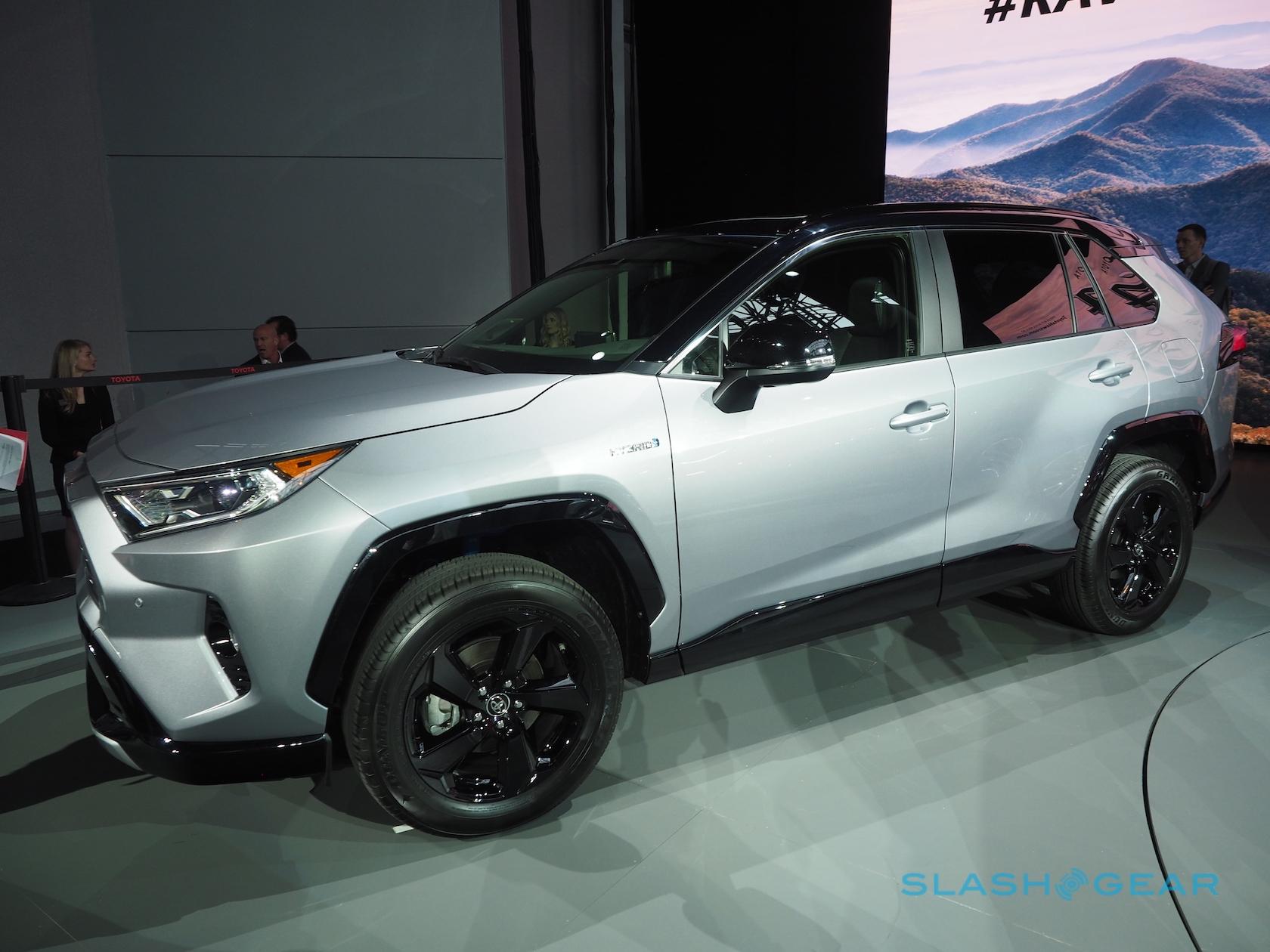 Toyota Safety Sense, its suite of active safety tech, gets an upgrade for the new SUV too. As standard there’s pre-collision avoidance with pedestrian detection, dynamic cruise control (0-110 mph), lane departure alert with steering assistance, and auto high-beams. New for the 2019 RAV4 is Lane Tracing Assist, which helps keep the car in the center of the lane on highways, and Road Sign Assist, which can spot Stop, Yield, Do Not Enter, and Speed Limit signs and then give a dashboard warning.

What Toyota is yet to confirm is just how much the new 2019 RAV4 will cost. We’ll find that out when it arrives in dealerships later this year.