Automakers send cars out in the real world for testing all the time. Sometimes the next generation cars look just like current gen cars on the surface, but have new engines and other tech under the hood. Other times the car is clad in camouflage with lots of bulky pads to completely hide the shape of the car. Then there are the cars that the manufacturer wants to hide, but the hiding involves zebra-like black and white stripe wraps and tape. This is how Nissan tried to hide its 2019 Altima.

The car in the spyshots you see here from Autoblog is allegedly of the 2019 Altima and while it looks very much like the current Altima in size and stature, it clearly has a design more derived from the lines of the more expensive Maxima. You can particularly see the Maxima design cues in the shape of the headlights and front bumper. The headlights have the familiar boomerang shape Nissan prefers in its current design language.

The 2019 Altima does look like the front end of the car is thicker and not as sporty as the Maxima. It’s hard to tell what the body lines will look like with the camo on the car, but it does appear that while a similar shape reminiscent of the Maxima is there on the 2019 Altima, the Altima does appear to be flatter with less character than the current Maxima. Perhaps the camo is doing a better job than we think and the Altima is swooper underneath.

The Altima is a very important car for Nissan, even though the sedan market is sagging with more people looking at SUVs and crossovers, Nissan will be conservative with any changes. We can’t get a good look at the interior of the Altima, but expect it to be rather plain, but comfortable. This is a hallmark of the Altima interior. Nissan hasn’t said anything official about the 2019 Altima yet, but the car is likely to show up on the auto show circuit this year.

As for engines, the car will certainly come with an available four cylinder, that has always been the Altima’s base engine configuration. The question is will Nissan continue on with an available V6 for the uplevel trims or ditch that for a turbo four like many of its competitors are doing. Whatever engine ends up under the hood, Nissan has been all in on CVT transmissions for years and you can count on that CVT returning. If you want to know more about the Maxima, you can check out our review of the 2016 Maxima. 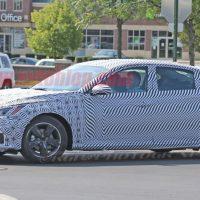 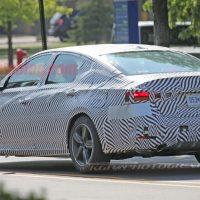 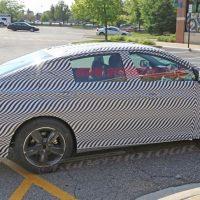 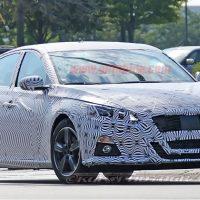