McLaren has been teasing its coming car that it has dubbed a hyper-GT, that car is called the Speedtail. The 2019 Speedtail teases so far haven’t offered up a real look at the car, but some images have now leaked that claim to show what McLaren is cooking up. If these images are accurate, the Speedtail appears to be another McLaren that doesn’t look all that great but should perform very well.

The images show wheels that are two different styles with the front wheels being solid aerodynamic looking units with the rear wheels having stylized spokes. This car is certainly a modern version of the infamous McLaren F1; the driver sits in the center of the ride with passengers sitting on each side and behind.

Speedtail has three digital screens on the dash for instruments with the speedometer directly behind the steering wheel. The style of the interior is very organic and modern, and the car has lots of switches on the roof above the driver. Overall, the interior looks very much like a spaceship or jet fighter cockpit.

What do we think team? 🤔#McLaren pic.twitter.com/YsjwfMJiaO

The entire production run of Speedtail cars has already been sold. One interesting option that has been tipped is emblems on the outside made from real gold. Those would certainly be a high theft item when the car was parked outside. 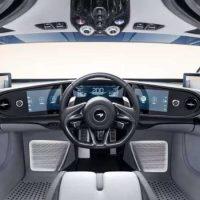 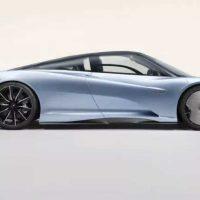 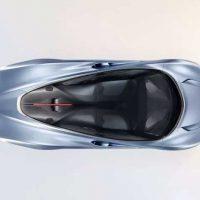 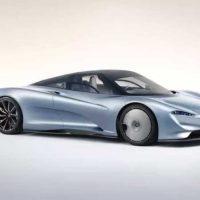 The very smooth and aerodynamic shape should help the car hit its claimed 243mph top speed. McLaren will build 106 units and each of them sold for $2.27 million. Power is rumored to be 1000hp, but none of the specs are confirmed at this time.