Jaguar’s first all-electric car has been revealed, and with the 2019 I-PACE the big cat is coming out swinging. Sticking closely to the alluring contours of the original I-PACE Concept we were first teased with two years ago, the new SUV promises to be the new poster-child for green motoring. The tech comes down to more than just bypassing a gas engine, mind; read on for five things about the I-PACE you need to know.

Jaguar mounts the I-PACE’s battery between the front and rear axles, underneath the passenger cabin, and drivers will get 90 kWh to play with. Of course, the biggest question is “how long does it take to charge?” and that comes down to just what you’re plugging the I-PACE into.

A domestic 230V power supply – of the sort you might have a clothes dryer plugged into – will take approximately 10.1 hours to get from 0-percent to 80-percent. Figure on just shy of 13 hours to take the I-PACE from flat to fully charged: because of the nature of battery chemistry, the nearer to 100-percent you get, the slower the charging process becomes. 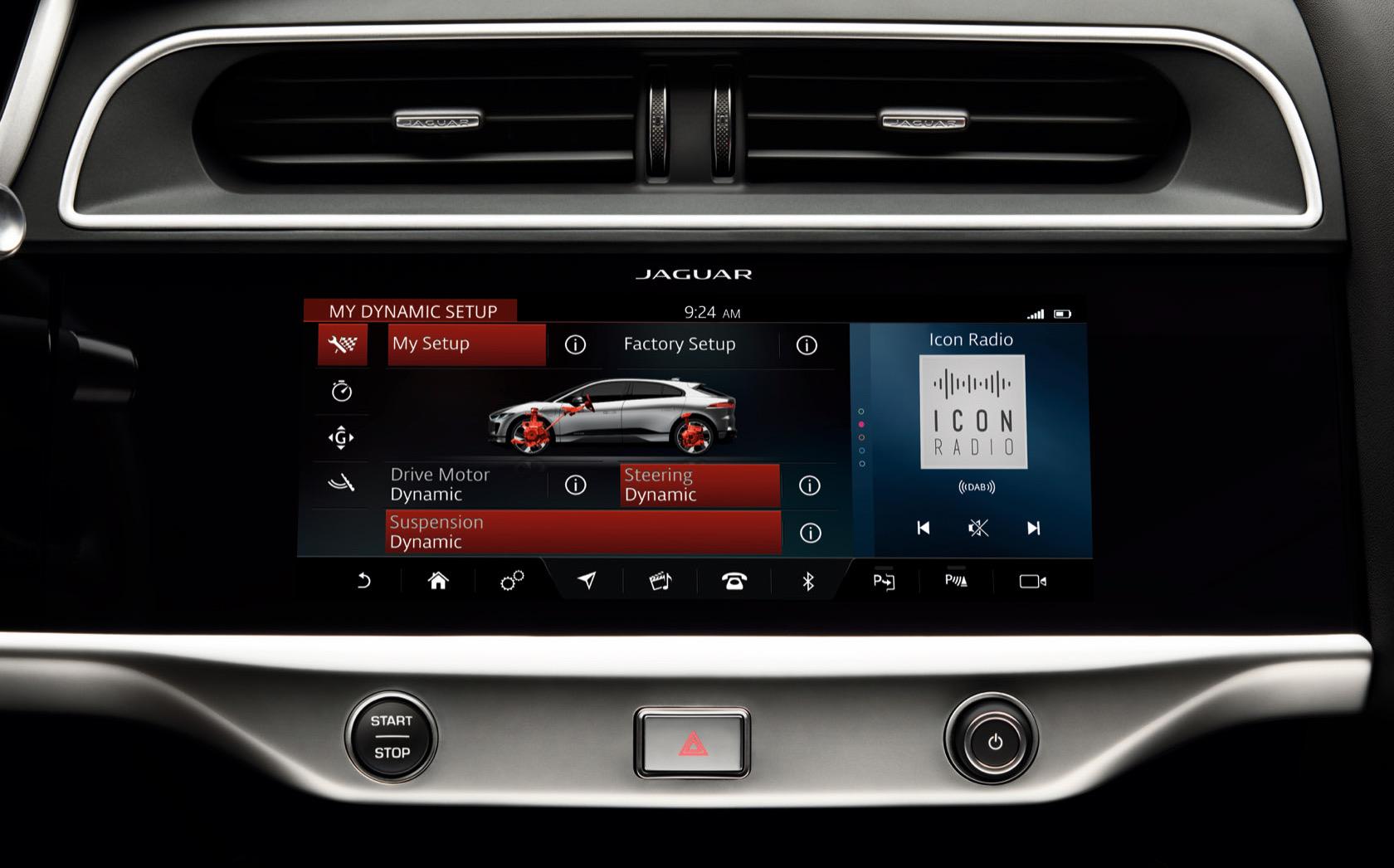 It’s much faster on a DC Fast Charger, however. With a 50 kW charger, you’ll get from 0- to 80-percent charge in around 85 minutes, Jaguar claims. If you’re lucky enough to find a 100 kW charger, meanwhile, you’re looking at just 40 minutes to do the same.

At the opposite extreme, mind, if you don’t have a Level 2 230V charger at home, you’re looking at a very long wait. Jaguar doesn’t even give figures for a 110V outlet, indeed, though it’d likely take around a full day of charging – if not more – to fill the I-PACE up that way.

If there’s one thing we wish the rest of the auto industry would “borrow” from Tesla, it’s the automaker’s approach to software updates. With most cars, if there’s a new version of the infotainment system, or some other system, you’ll need to take it into the dealership to have it installed. Tesla upended that process by making sure every car that leaves its factory is connected and can download and install new software remotely. 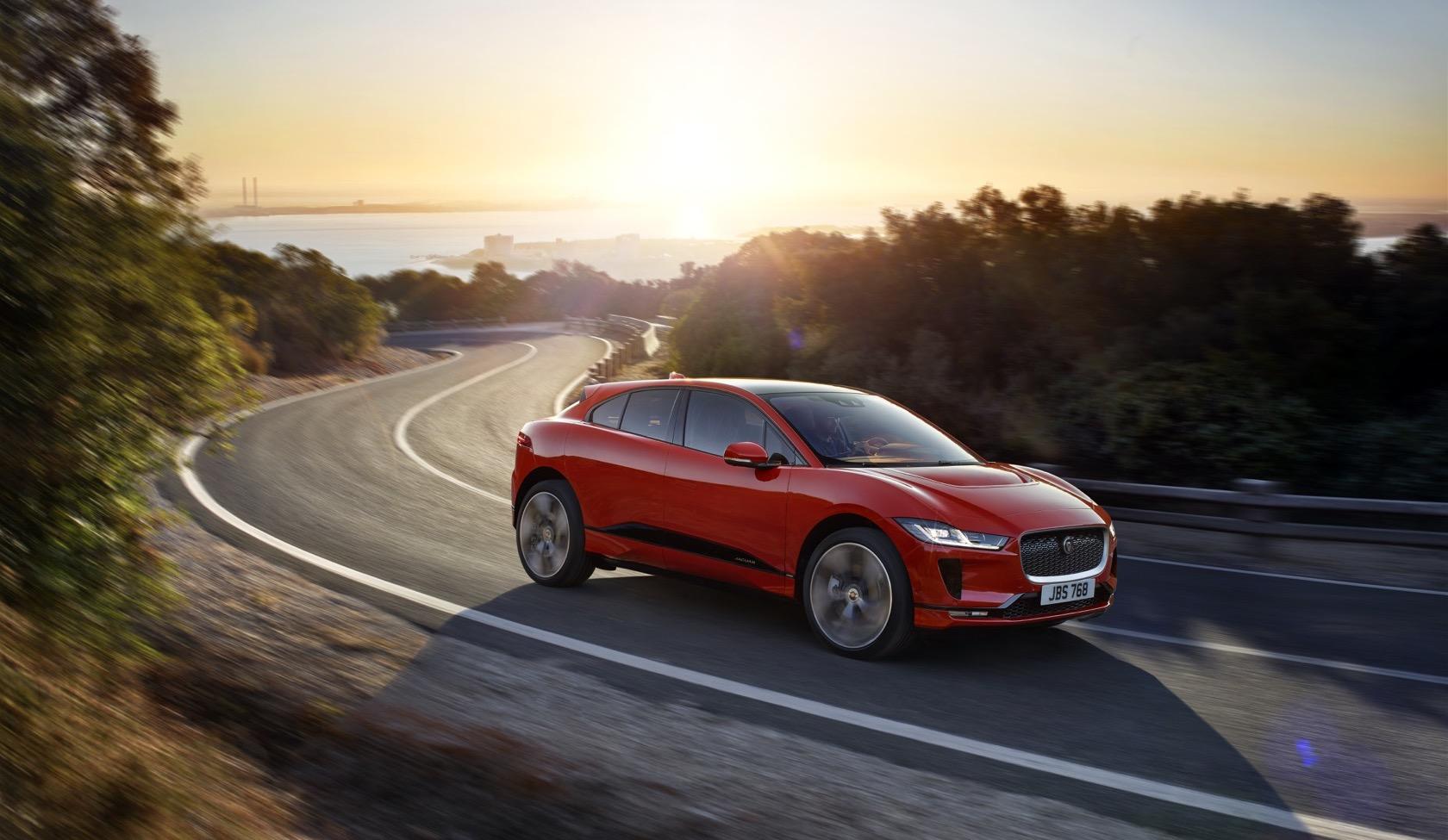 Now, Jaguar is getting into the game too. The 2019 I-PACE will be the first of the automaker’s cars to support over-the-air (OTA) software updates, removing the need to take the electric SUV into the dealership to upgrade its systems. According to Jaguar, it’ll be able to remotely update the I-PACE’s infotainment, telematics, and battery charging capabilities.

Most navigation systems give you the choice of the fastest route or the shortest; cleverer ones take into account live traffic reports, too. Jaguar’s mapping system for the 2019 I-PACE, however, goes even further, and it’s all because driving an electric SUV gives you some different priorities to a gasoline version.

Jaguar is calling it EV navigation, and it’s all about figuring out how the roads you’re driving on will affect EV range. As well as looking at distance, the I-PACE will take into account the topography of the planned route. If there’s a shorter path but it would involve going up and down steep gradients, for example, it might make more sense to take a longer, but flatter route instead. 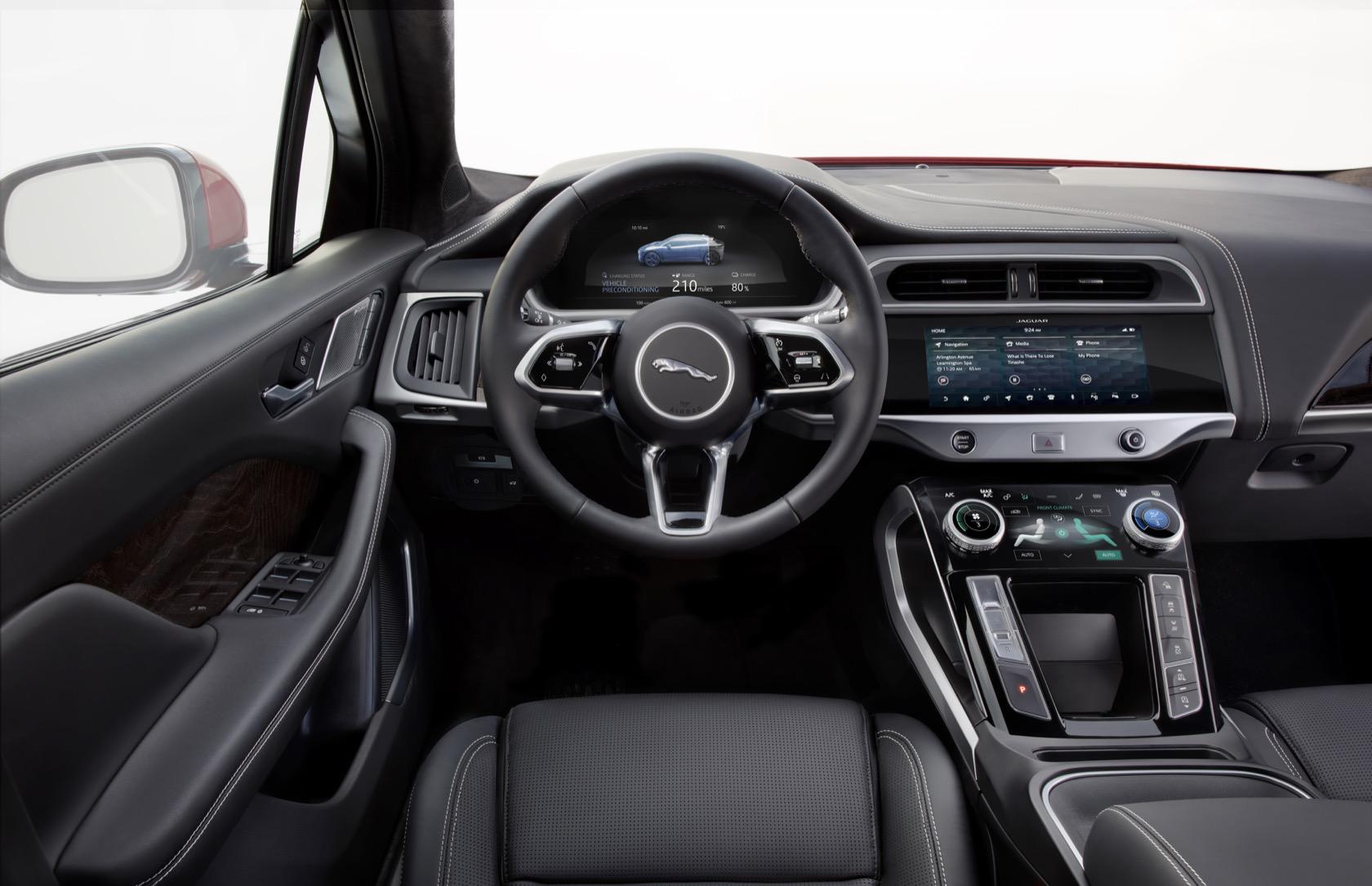 Similarly, the I-PACE will gradually learn over time, factoring in how you as an individual drive, and what happened on previous journeys. If the navigation system realizes there’ll be insufficient charge to make the trip as planned, it will automatically identify places along the way that you could recharge. An Arrival Mode, meanwhile, will suggest the nearest potential garage or charging point at your destination.

Cleverer navigation isn’t the only way that Jaguar intends the I-PACE to learn from – and anticipate – its owner’s personality. The electric SUV is also designed to adjust its other settings based on how you use the car, starting from recognizing who is approaching it via the key and your smartphone’s Bluetooth. That can be used to call up your preferred HVAC, infotainment, and seat settings. 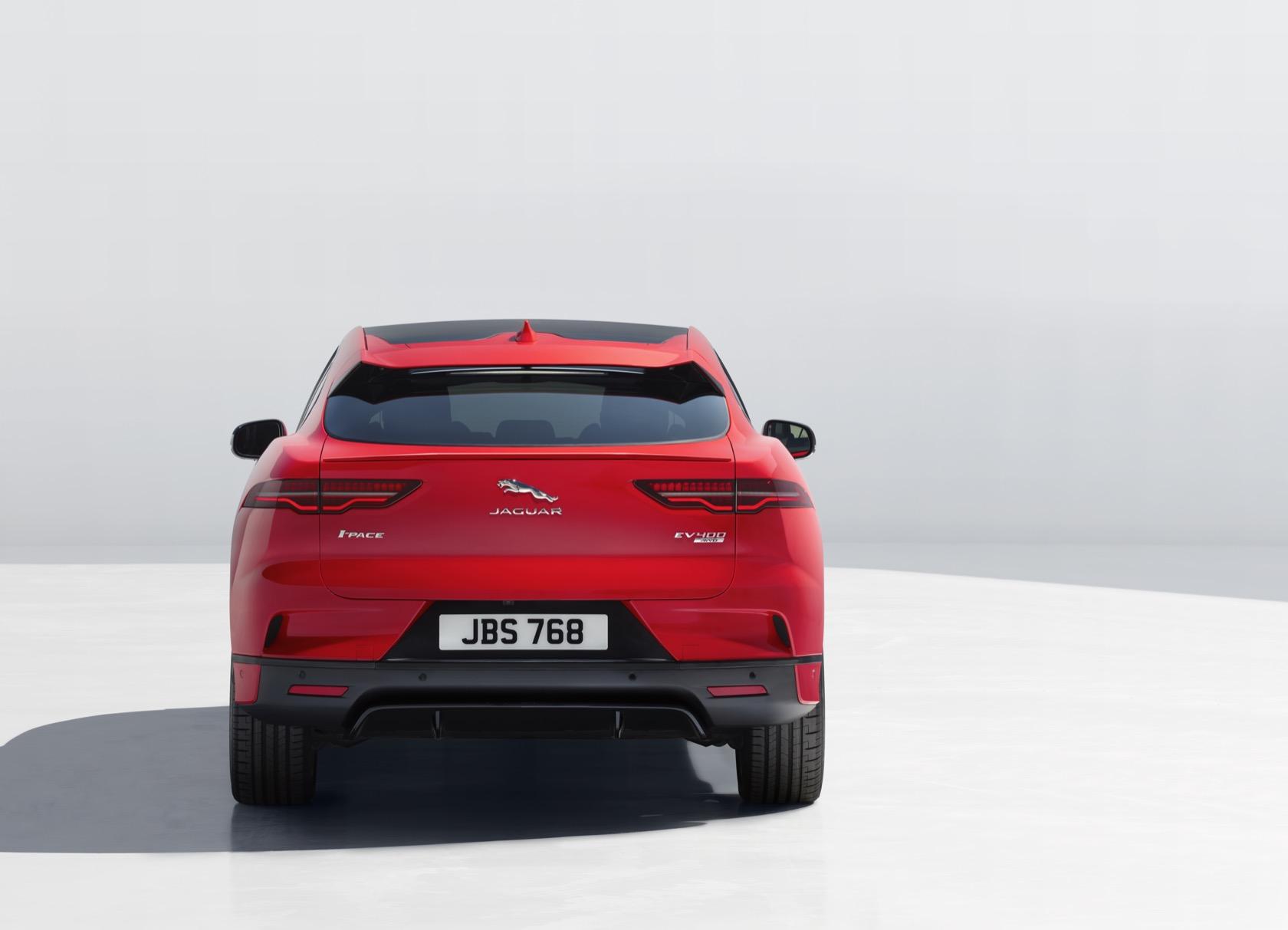 It goes beyond that, however. The algorithms are designed to learn more over time, figuring out how the I-PACE is used. If you always turn the seat heaters and heated steering wheel on for a particular trip, for instance, eventually the car will know to do that for you. It’ll also be able to take into account time, location, and weather to make those decisions. Even the infotainment system will recognize that you call the same people with the same regularity – your spouse every time you leave work, perhaps – and proactively offer up their contact details at the appropriate time.

Expect the I-PACE to undercut the Model X

Jaguar isn’t talking about how much the 2019 I-PACE will cost in the US just yet: it’ll tell us those figures at the Geneva Motor Show next week. However, it has announced UK pricing for the electric SUV. While it’s not really a fair comparison to do a straight conversion between UK pounds and US dollars, it does allow us to compare the I-PACE with what you’d spend on a Tesla Model X in the UK, and extrapolate some assumptions. 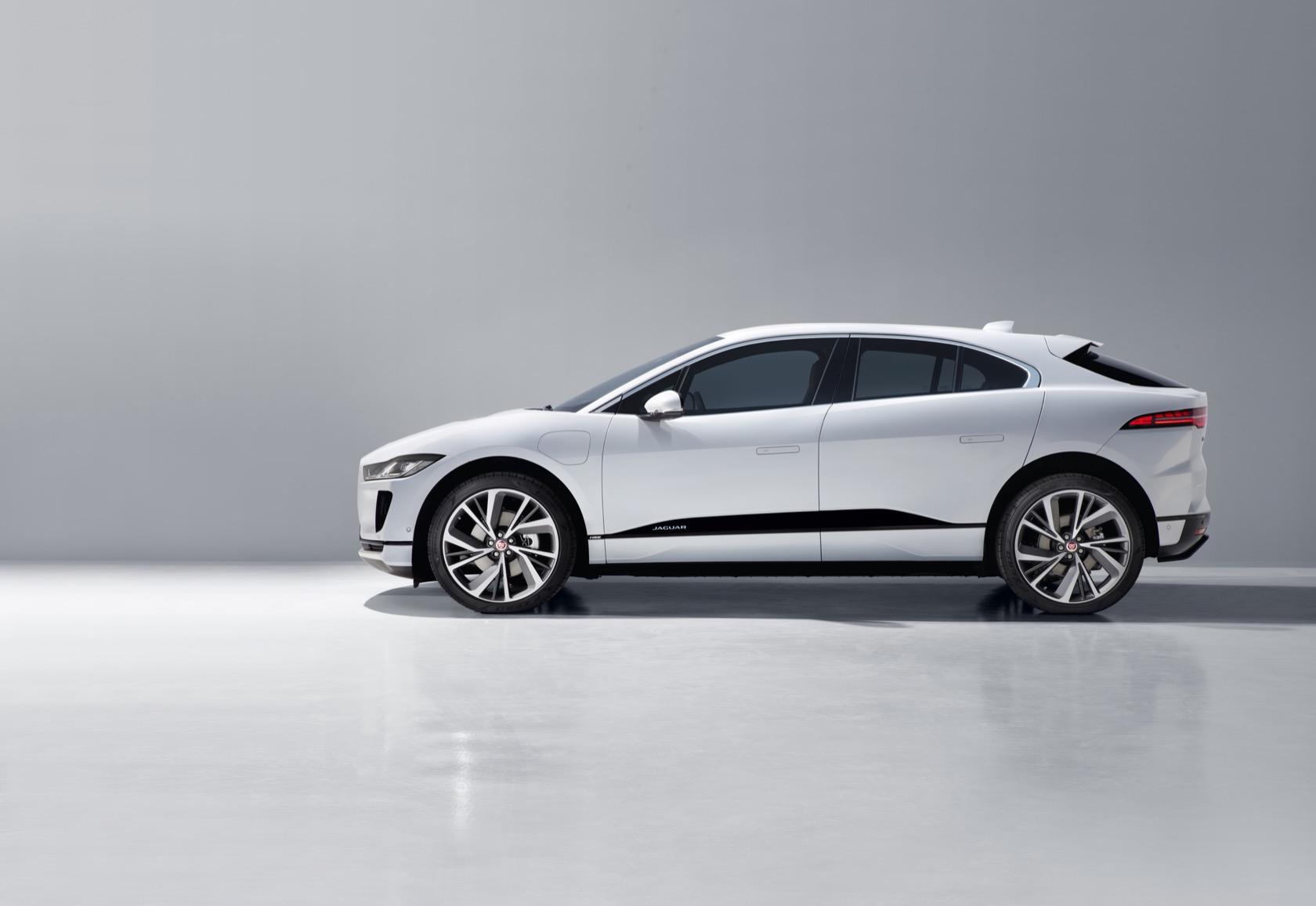 In the UK, before any incentives, the I-PACE starts at £63,495, rising to £81,495 for the I-PACE First Edition that will only be offered in the car’s first year. While the spec levels obviously vary, the powertrain is consistent regardless of trim. So, you’re looking at 0-60 mph in 4.5 seconds and a range of around 240 miles.