Very orange, and very angry. That’s the unavoidable first impression when faced with the 2019 Corvette ZR1 Convertible, Chevrolet’s 755 horsepower route to getting lots, and lots, and lots of wind in your hair. Open-top sibling to the Corvette ZR1 coupe, the drop-top refuses to succumb to the old adage that cutting the roof off also means compromising on performance.

It certainly doesn’t hurt the style. The Corvette is a striking car to begin with, but the styling updates Chevrolet’s engineers have put in place for the ZR1 are more comprehensive – and more cohesive, too – the more you look at it. 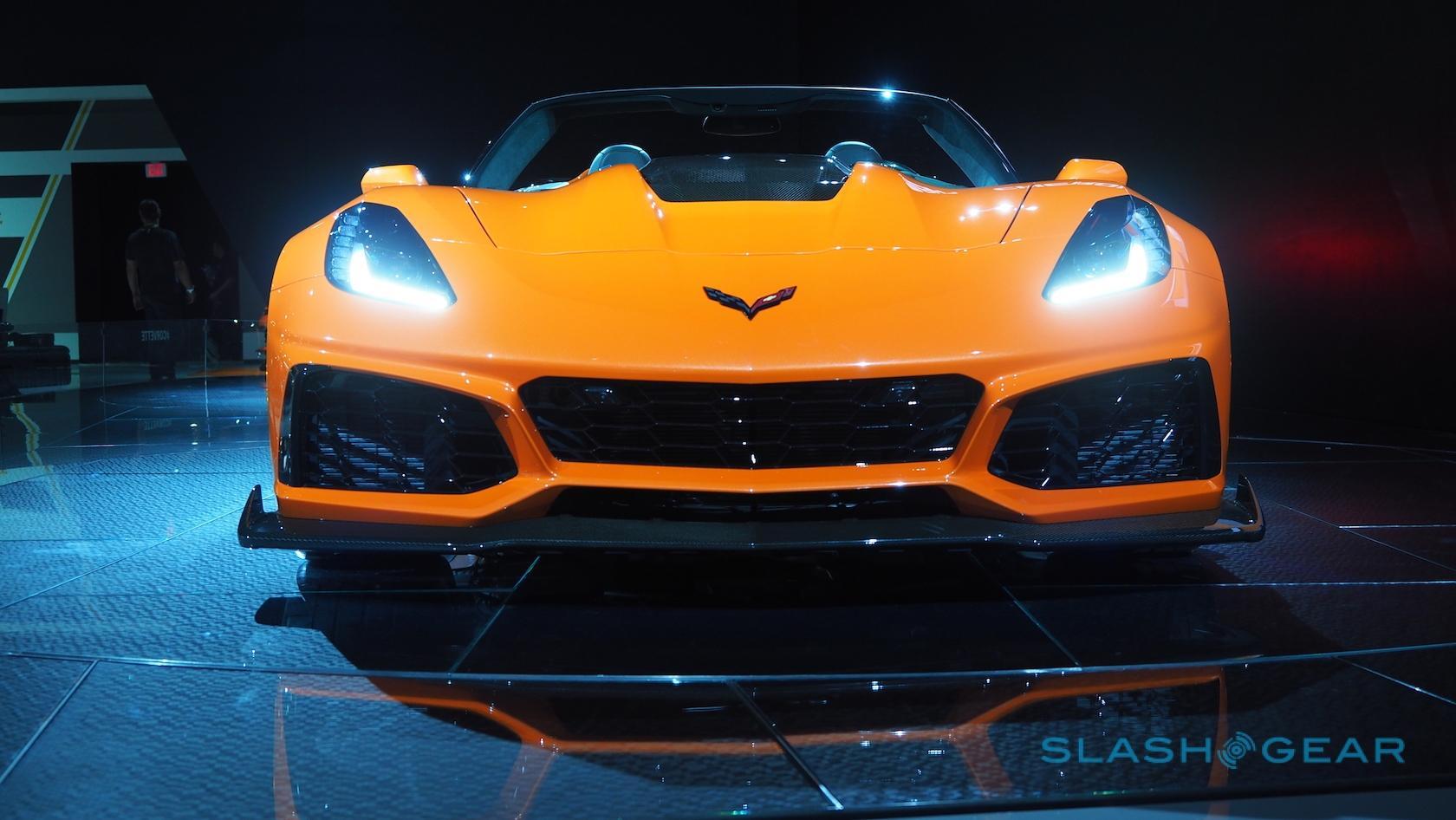 The hood has gained a more significant bulge, with a mohawk of carbon fiber running down its center. Chevy is particularly proud of its thirteen radiators, more than you’ll find on a Bugatti Chiron and responsible for keeping the Corvette ZR1 cool under pressure. They’re not hidden away, either, with sizable – and working – vents studding the bodywork. The carbon-fiber slash behind the front wheels, just ahead of the door, are particularly distinctive against the orange paint-job.

There are more vents just aft of the doors, ahead of the rear wheels. They funnel cooling air into the rear brakes, among other things. Combined with the sizable wheels it’s a Corvette that can distinguish itself parked up next to a standard model: there’s no chance you’ll mistake it for anything other than Chevy’s flagship. 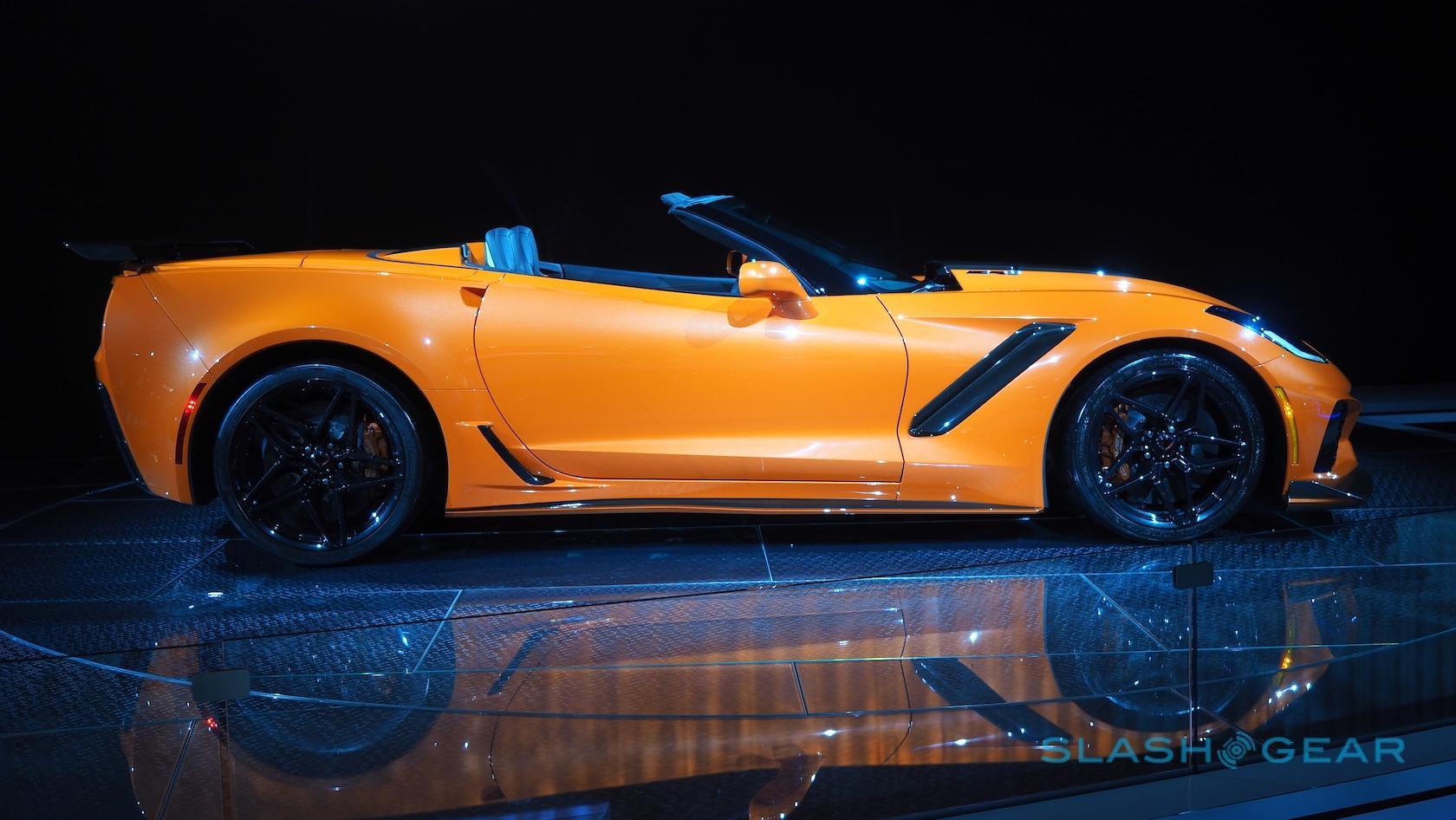 At the back, you have a choice. On the one hand, if you want the fastest top speed, you need the Low Wing. That’s the standard aero kit that Chevrolet fits, and it allows the ZR1 coupe to hit its 212 mph top speed. The convertible will fall a little short of that, the automaker concedes, though still breaks through that all-important 200 mph barrier.

On the other hand, if you’re tracking the ZR1 – and, frankly, if you want to see what it can really do then you need to take this rocket to a closed course – then you might want to upgrade to the High Wing. That’s part of the $2,995 ZTK Performance Package, including not only an adjustable – and striking – rear wing, but a front splitter with carbon-fiber end caps. It makes what’s an aggressive car all the more in-your-face. 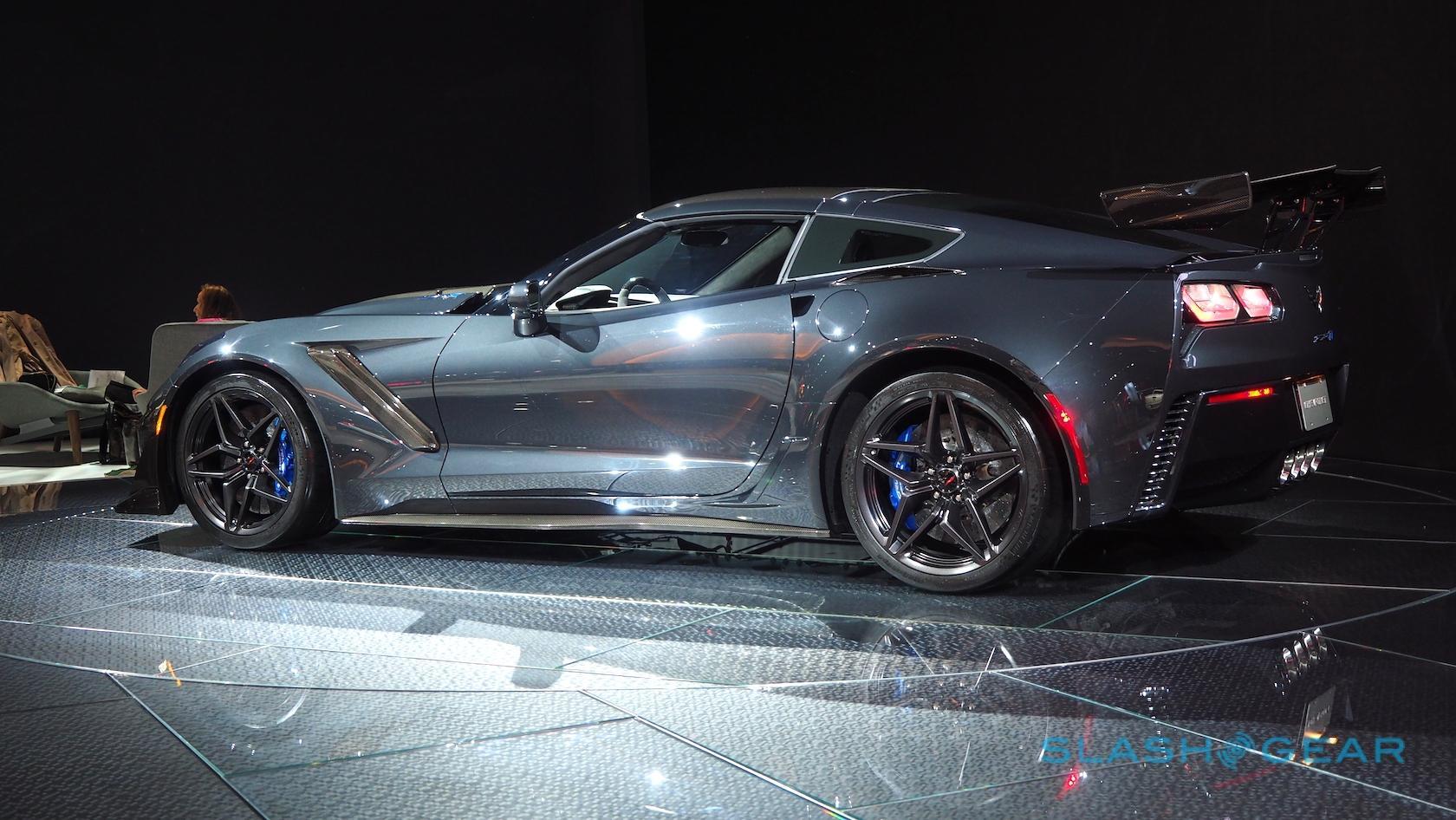 Honestly, at an auto show that’s not short on exotica and ways to put hundreds of horsepower under your right foot, the Corvette ZR1 carves out a niche for itself if only for dollars on the dyno. The starting price of $119,995 may be high for a Corvette, but for 755 HP and 715 lb-ft of torque it’s actually something of a bargain. Spending the $4k extra on the convertible is impressively free of compromise, too: even on the scales, it only increases the ZR1’s weight by less than 60 pounds. You’re not likely to see many of them when they arrive in dealerships in spring 2018, but you’ll definitely notice them if one overtakes you.