Cadillac’s SUV problem was a clear one: it just hasn’t had enough of them. Similarly, the 2019 Cadillac XT4’s importance to the automaker is equally clear. The two-row, five-seat luxury crossover is more attainable than the strongly-selling XT5 but just as distinctive.

Cadillac’s now familiar design language is clear from the get-go, and it’s not hard to see that the 2019 XT4 is a clear sibling to the XT5 (and the big daddy Escalade above that). Still, stare at the details a little longer, and all the ways the XT4 differentiates itself start to become clearer. 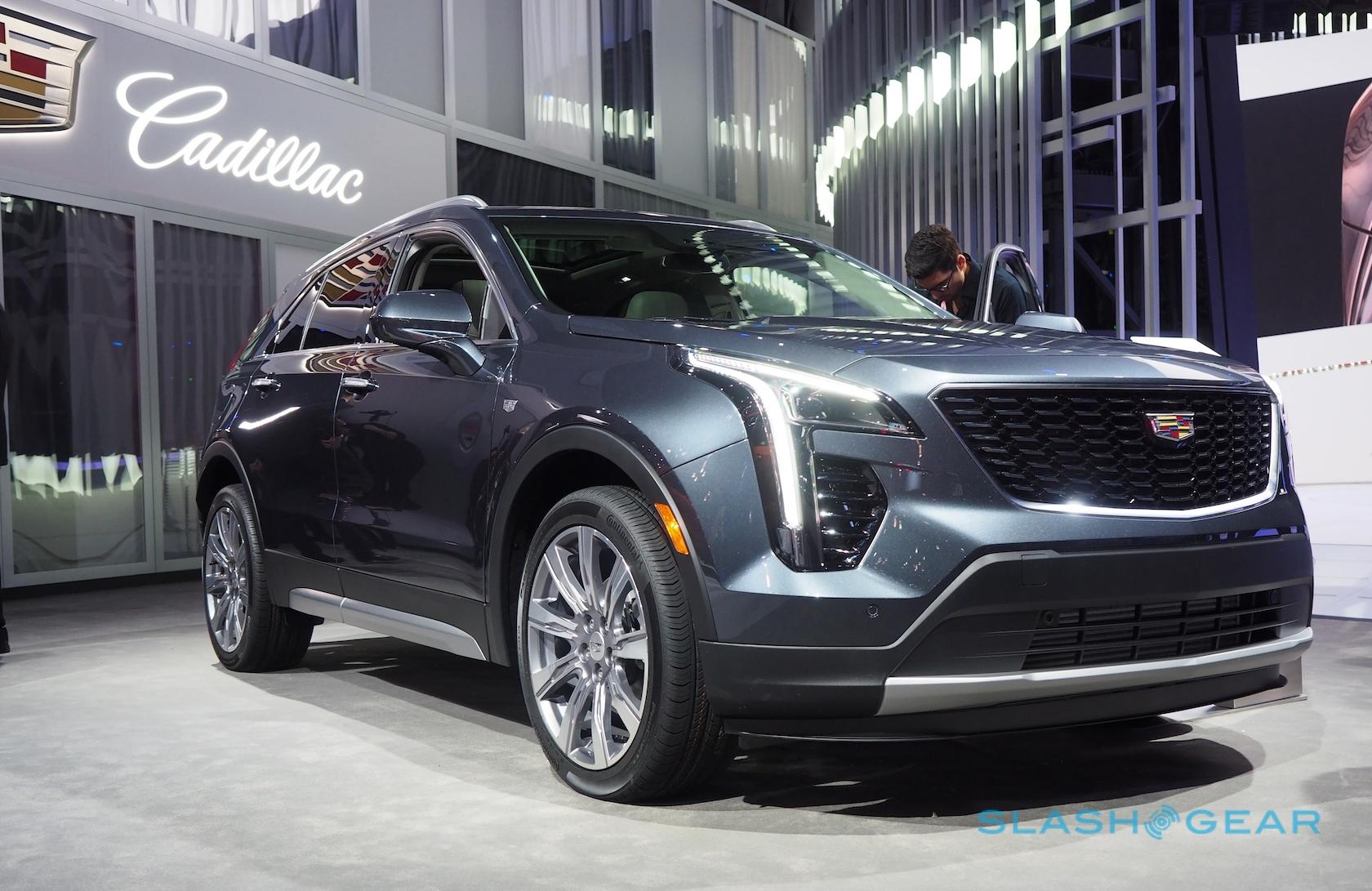 At the front, the grille is a little less ostentatious, though the leading top lip of the hood, where it extends above the mesh, gives the XT4 a leaning, purposeful edge. Caddy’s neon-esque headlamps have never looked better, the daytime running lights like folded glowing cords. They cut deeply into the side wings, and emphasize width on what’s actually a compact SUV.

There’s some pleasing visual trickery at the rear, too, where the already shrunken overhangs are minimized even further by the way the lower bumper tapers smoothly but sharply just aft of the wheel arch. It’s a clever way of making it look like the wheels themselves are pushed out to the very corners of the car. Compared to the XT5, the rear is a little softer, too, and Cadillac happily avoids the floating-roof conceit that now invariably looks dated. 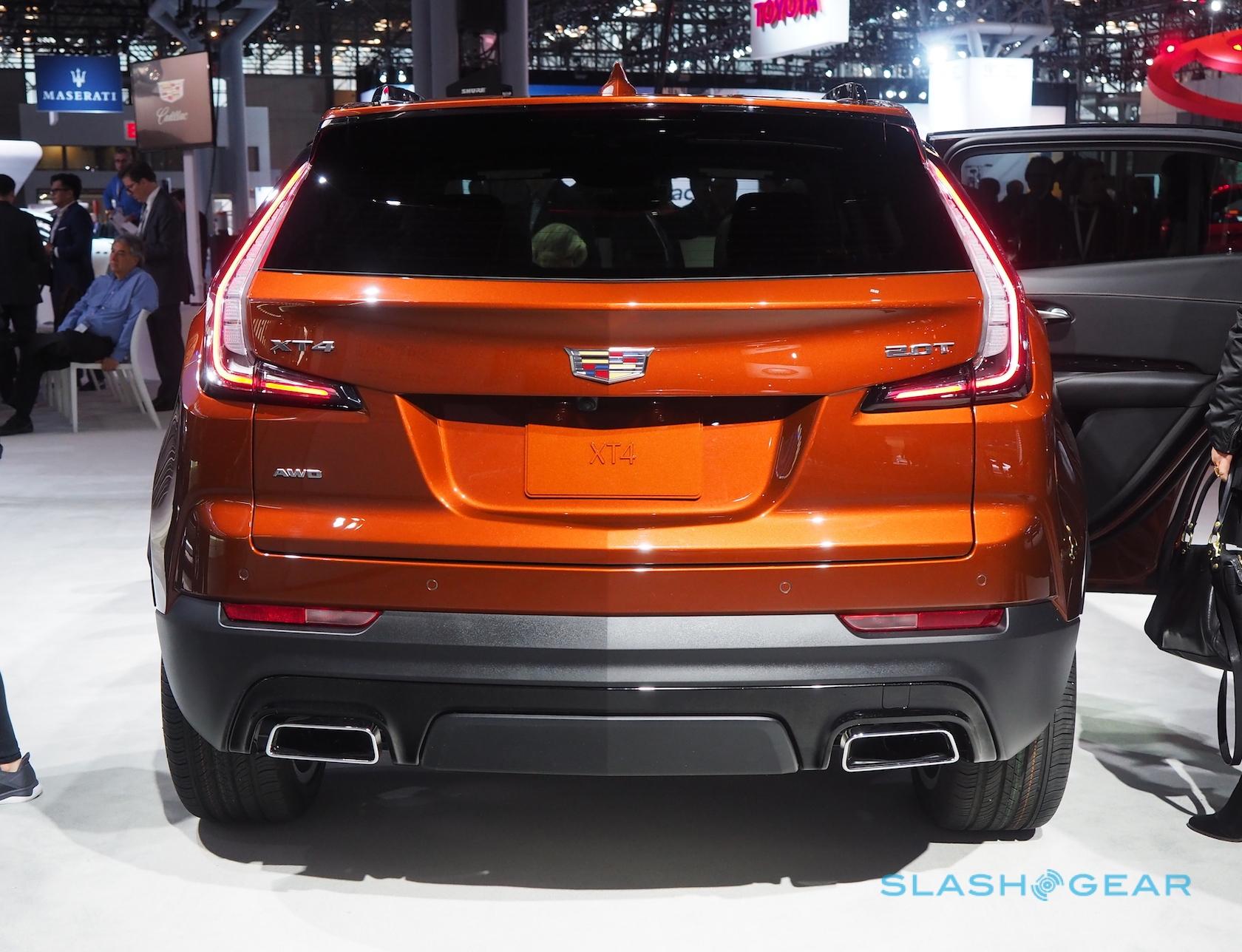 It may be compact, but it’s not too small. Two rows and a relatively expansive wheelbase mean that the rear legroom in particular is surprisingly good. Headroom, too, is ample: the side glass may dip at the rear, but the roofline itself isn’t quite so aggressive. Panoramic sunroofs help lift the interior even further. 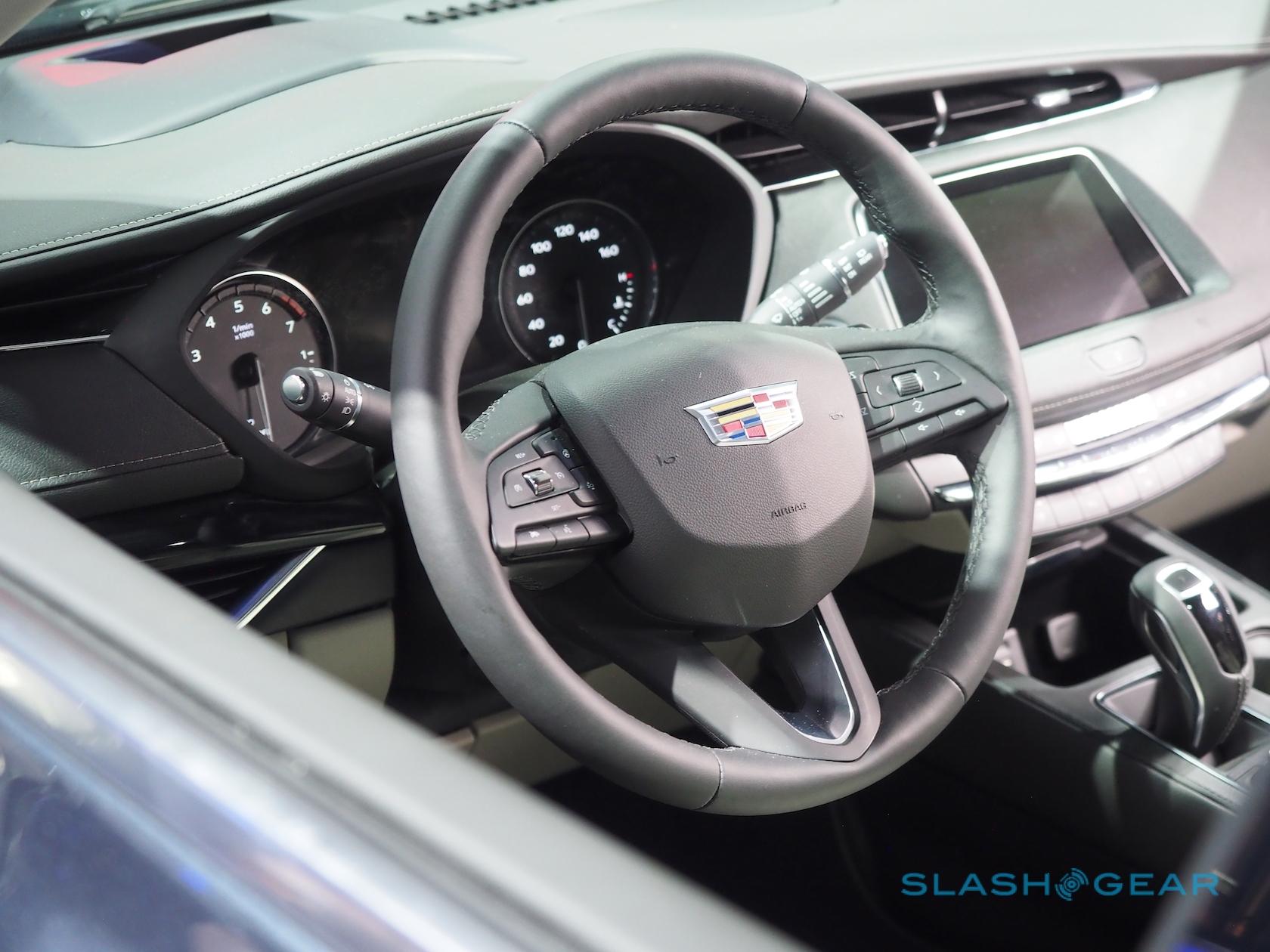 Behind the wheel, there’s a modern riff on what we’ve seen Cadillac shift toward in recent new models. The automaker’s insistence on touch-sensitive controls has, thankfully, been retired in favor of more traditional buttons. The 8-inch touchscreen in the center stack – running the newest iteration of the Cadillac User Experience, with CarPlay and Android Auto as standard – is pride of place, but there are two rows of dedicated buttons underneath it for HVAC, seat heating, and other frequently-accessed features. 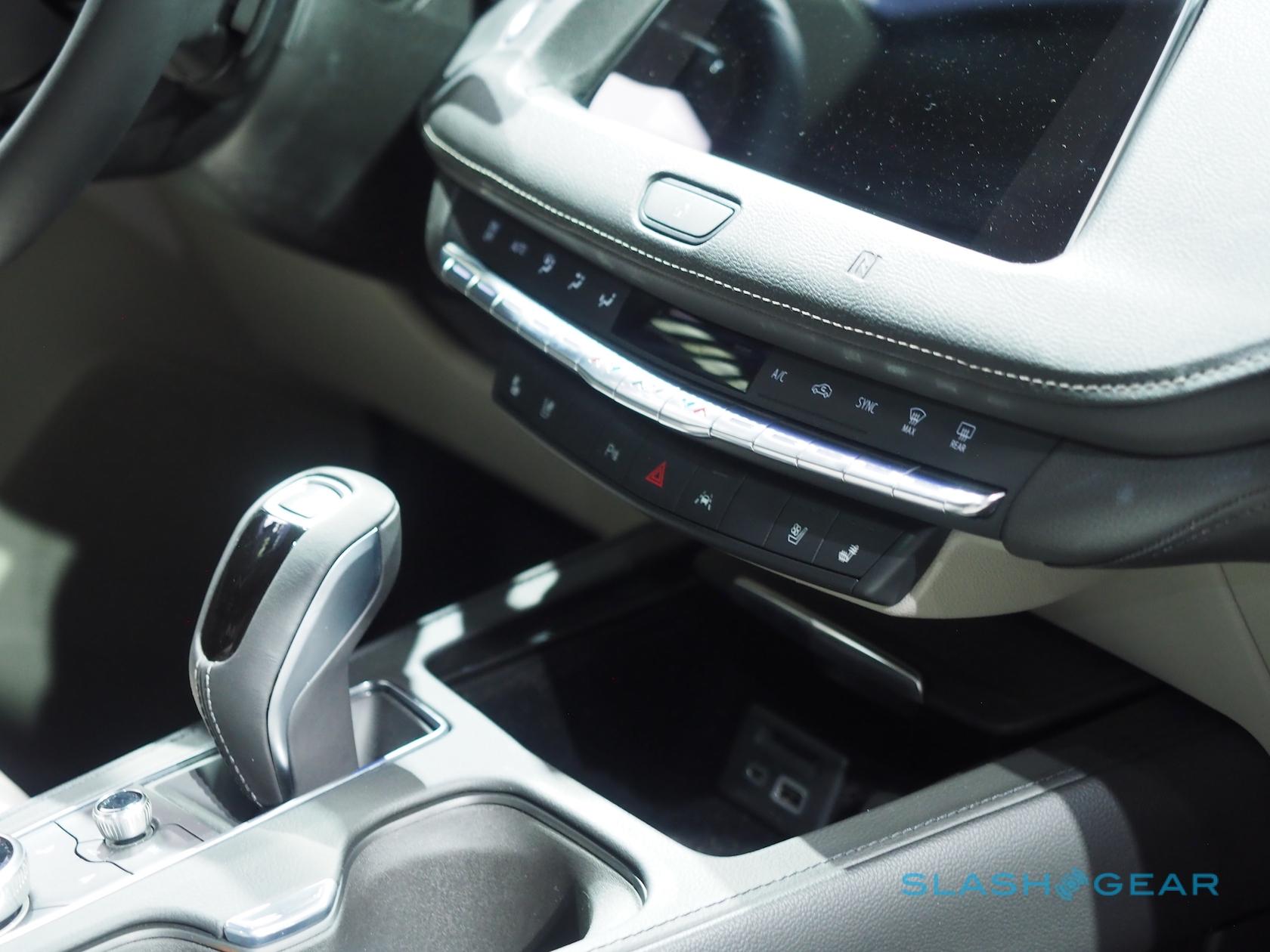 It’s not the only usability improvement. Theres now a control wheel down in the center console, below the stubby transmission shifter, which offers shortcuts to the key infotainment sections and a way to scroll through and select from them. A larger wireless charging pad for phones has been added, not to mention made more powerful with up to 15W for compatible devices. NFC has been baked into the dashboard to make pairing a new phone far, far easier. Small details, perhaps, but very welcome ones. 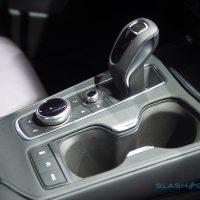 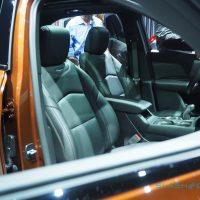 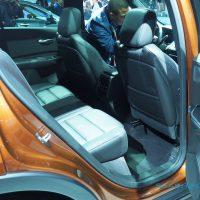 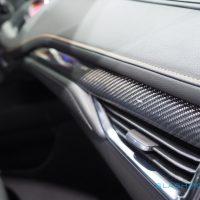 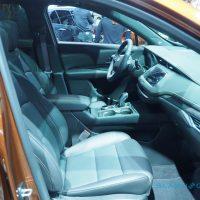 Sadly Caddy wasn’t keen on us taking a spin around the show hall, and so figuring out just how the 2019 XT4 drives will have to wait. The 2.0-liter turbocharged four-cylinder engine is rated for 237 horsepower and 258 lb-ft. of torque, though we’re guessing that, and the 9-speed transmission it’s paired with, are targeting smooth refinement more than outright speed. Nonetheless, it should make for a perky crossover and – even with no hybrid option – a reasonably economical one. Cadillac is estimating 30 mpg on the highway, 25 mpg in the city, and 27 mpg combined, though the all-wheel drive option is likely to drop those numbers down a point or two. 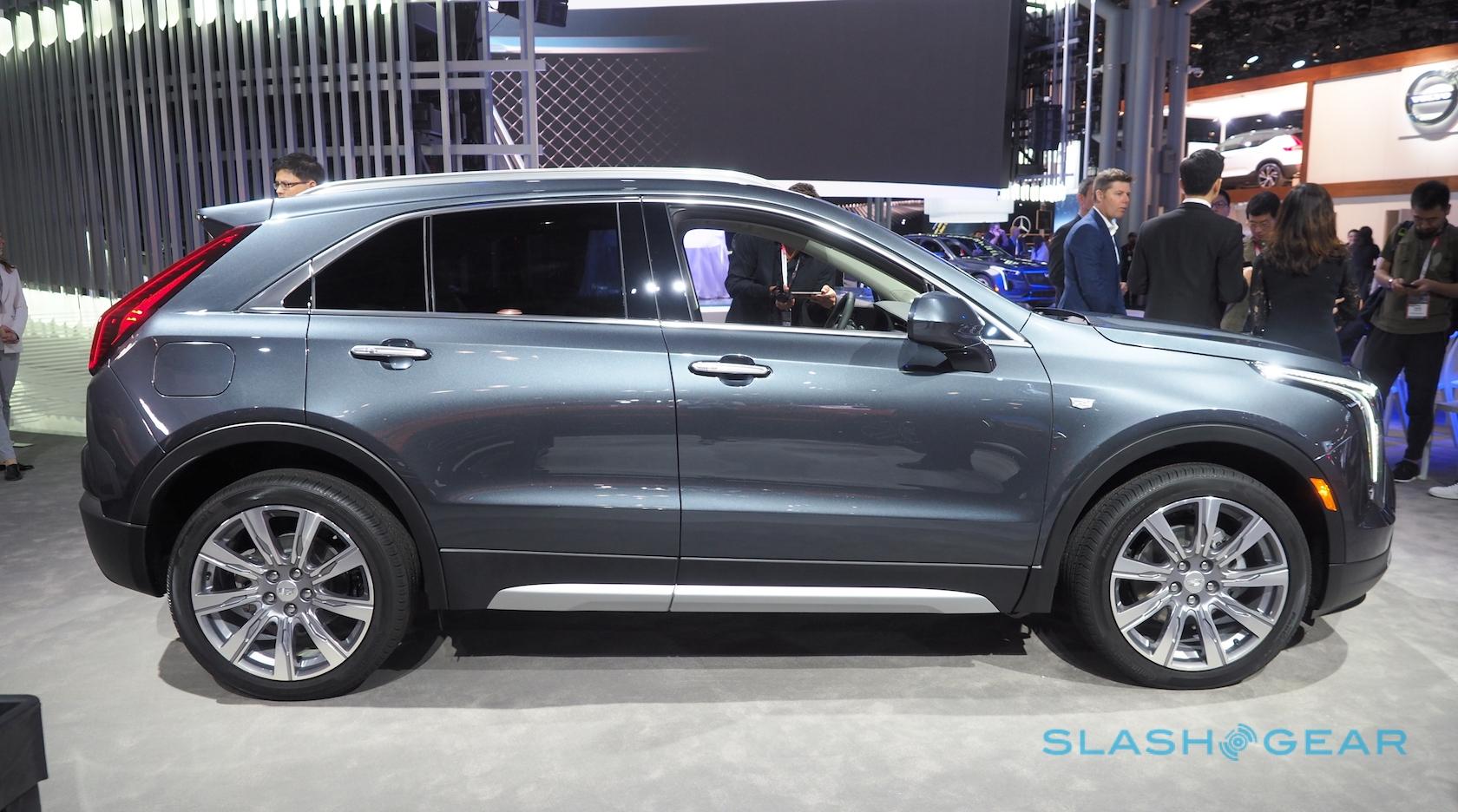 XT4 owners likely won’t begrudge it. Cadillac is pricing the new crossover aggressively – a well-specced 2019 XT4 Luxury will start at $35,790 before the range forks in two distinct directions, the XT4 Premium Luxury and the XT4 Sport – the end result being that it looks much more expensive than it is. That’s only going to pay dividends when it hits dealerships this fall.